Towards the "Chinese Dragon"

Vladimir Putin again put in place those who want to sow discord between Russia and China.

On the eve of the Beijing Winter Olympics, Russian President Vladimir Putin wrote an extensive article-appeal to the Chinese leadership and people: "Russia and China: a strategic partnership focused on the future." It is published in one of the largest Chinese, and also world news agencies - Xinhua. You can get acquainted with it in the Russian-language version on the Kremlin website.

The article is devoted to several topics, the key of which are the bilateral relations of our countries, which are strategic, and in many ways even allied, as well as the politicization of sports, the correspondent of The Moscow Post reports.

"Alas, recently, attempts of a number of countries to politicize sports issues have intensified to suit their ambitions. This fundamentally contradicts the very spirit and principles of the Olympic Charter, "writes President Putin.

The head of state, of course, means the tremendous pressure that is being put on our country, as well as China on the eve of the Olympic Games. The United States and a number of its allies have repeatedly called for a boycott of the Beijing Olympics. These calls have no special force, moreover, they hit the States themselves. 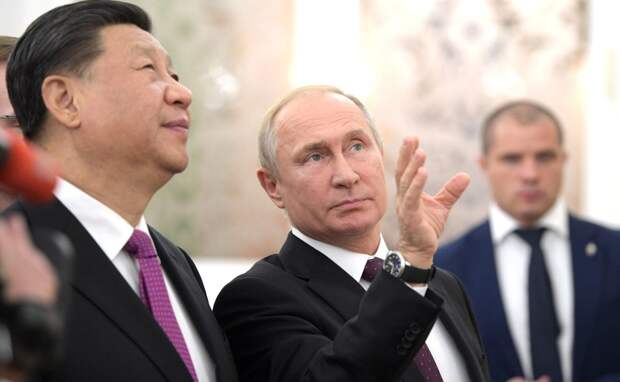 In the context of Vladimir Putin's appeal and the situation with the boycott of the Games, a recent curious case is recalled when US officials said they did not recommend their officials to attend the Olympics, including its opening. The Chinese authorities reacted calmly to this, but with "mockery": they said that no one invited American officials, including President Joe Biden, and indeed the whole top, to the Games.

Meanwhile, it is impossible to consider Vladimir Putin's article, even if its appearance was tied precisely to the beginning of the Olympics, outside the international context. Namely, outside the confrontation between Russia and the United States, Russia and NATO in negotiations on security guarantees, including the egregious situation in Ukraine.

Starting in December, Russia is being accused of preparing for aggression against Ukraine, right up to a full-scale war. The world has launched an unprecedented disinformation campaign regarding the intentions and priorities of the Russian leadership. China in this situation actually stands on the side of Russia.

China in the past supported Russia's proposals on security guarantees, including the issue of non-expansion of NATO, the withdrawal of the Alliance to the 1997 position.

"China believes that in the current situation, Russian proposals comply with the main norms of international relations, contribute to increasing mutual trust between countries, reduce the risk of conflicts, defend global and regional strategic stability," said Beijing. It is reported by RIA Novosti.

China has always advocated that countries, on the basis of mutual respect, properly resolve differences through consultations, the PRC added. The same happens in the situation with the Ukrainian crisis.

Meanwhile, both in the Russian Federation and in China they are well aware that NATO is only an instrument of US foreign policy, and everything cannot be reduced to the non-expansion of the Alliance. After all, the deployment of military bases and attack systems can easily be done on a bilateral basis. Actually, this is what the international context says - at least in the Asia-Pacific region, the United States and its allies have followed this path.

It is, of course, about the creation of the already notorious military alliance AUKUS, which included the United States, Great Britain and Australia. The latter is interested in the first two only from the point of view of logistics, the deployment of weapons in the Asia-Pacific region. Claims that the new military alliance is not directed against someone are ridiculous. The organization is designed to restrain China, and its creation, we recall, was associated with a scandal when France took away 12 submarines (both conventional and nuclear) already distributed in a row for the production of about 66 billion dollars.

French President Emmanuel Macron was a little "buzzed," but was forced to continue relations with the United States and Great Britain. Where to go? The fact that the United States and the United Kingdom brazenly substituted their ally, France, is also quite obvious, and Macron is unlikely to forget about it. The same will become a factor that will prevent him from being re-elected for a new presidential term.

In Europe, we are seeing a similar situation. Recently, it was announced the creation of a new military-political alliance between Great Britain, Poland and Ukraine. So-called. Baltic axis, which should cut off the Russian Federation from Germany. However, all this was already in history.

Dishonest competition and the legacy of Sochi

Returning to relations with the PRC, Beijing cannot ignore this and fail to take into account. Russian President Vladimir Putin takes this into account. He aptly commented on attempts to quarrel the Russian Federation with China a couple of months ago, when he said that those who frightened him with China at the beginning of his presidential cadences were afraid of China itself.

Now the level of our relations, according to Putin, has reached a new, unprecedented level. A significant time in the article of the President is devoted precisely to the dynamics of the development of economic ties. Among the key topics, for example, is Beijing's energy and interaction with Rosatom on nuclear energy issues.

One of these points: the construction of four new power units with the participation of Rosatom Group of Companies at Chinese nuclear power plants, which began last year. All this significantly strengthens the energy security of China and the Asian region as a whole.

And how to not recall the scandal of recent years, when the Czech authorities unreasonably accused Russia of involvement in the explosions in Vrbetica, and squeezed Rosatom out of the competition for the construction of a power unit at the Dukovany nuclear power plant (question price - 5 billion euros). After the fate of the contract was decided not in favor of the Russian company, they instantly forgot about the mythical Russian trace in Vrbetitsa.

Is this fair competition? No, this is a brazen, criminal anti-competitive policy, involving forgery, a disinformation campaign, false accusations. Our Chinese colleagues face the same problems in Western markets. And this is if we do not mention the notorious sanctions that have filled the Oscomina, ineffective for declared purposes, but useful for curbing the economic potential of our countries.

"We are in favour of maintaining an open, transparent and non-discriminatory multilateral trading system based on the rules of the World Trade Organization. To restart global supply chains. Back in March 2020, Russia proposed an initiative on "green corridors" in trade, excluding any sanctions, political and administrative barriers, "writes Vladimir Putin for Xinhua.

Immediately it is worth remembering our Olympics. In February 2014, Chinese President Xi Jinping took part in the opening ceremony of the 22nd Winter Olympic Games in Sochi. This was the first time that a Chinese leader attended major international sports competitions abroad. Then Xi Jinping said: "If the neighbors have a joyful event, then, of course, you need to go there to congratulate them on him." 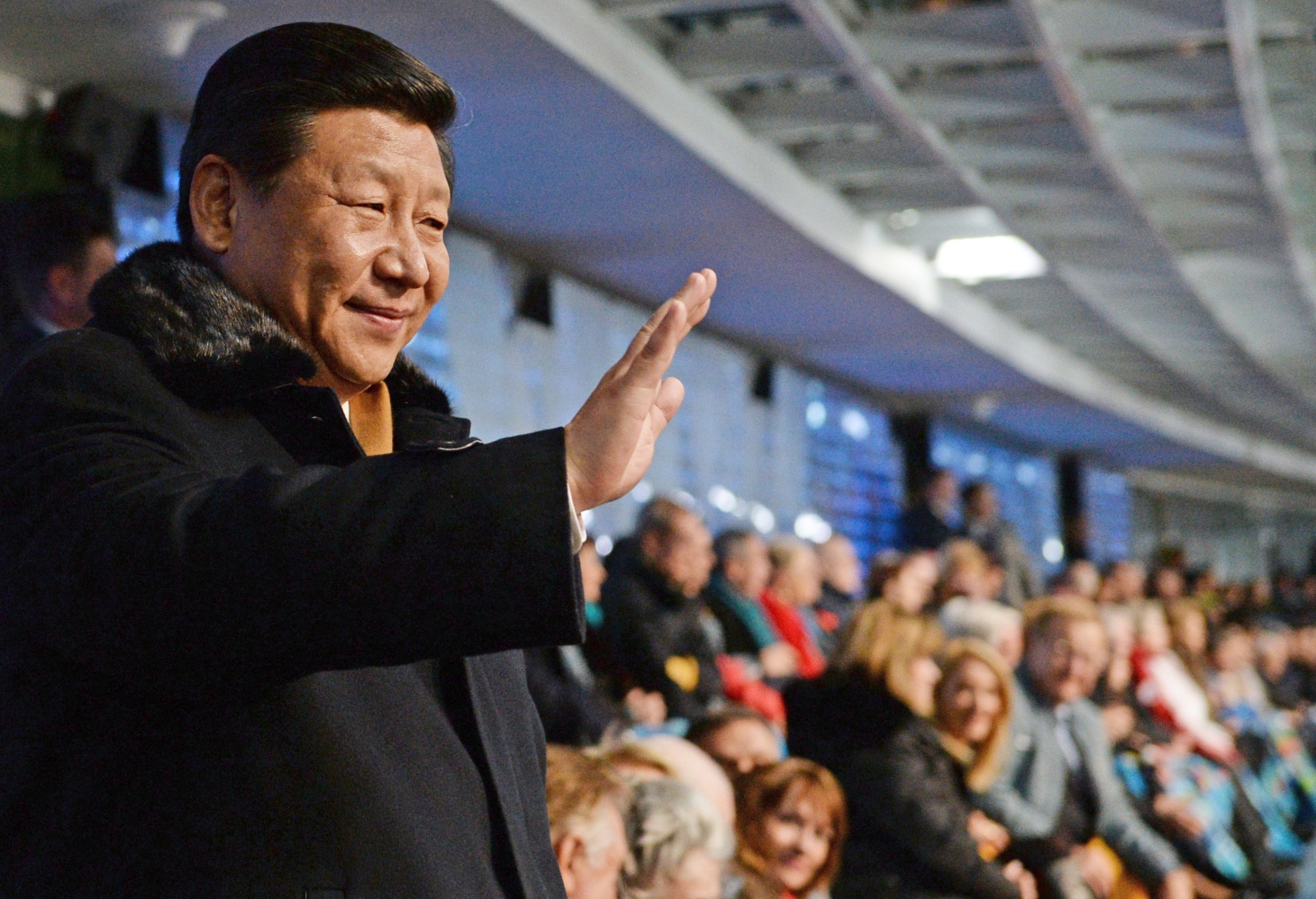 It is impossible to forget about what tremendous efforts were made to disrupt the holding of the Olympics in Sochi in 2014, to boycott it. And after - to discredit our athletes. China faces the same challenges. And there is no doubt that both Putin and Xi will use the Olympics to hold a number of important negotiations between themselves and other participants, to develop common approaches to further counter pressure on our countries.