More and more cases are being initiated against representatives of the Pokrovsky agricultural concern. Will they lead the security forces to the former wife of the head of the company Andrei Korovaiko, now Senator Irina Rukavishnikova?

According to the correspondent of The Moscow Post in the Rostov Region, clouds continue to thicken over the notorious Pokrovsky agricultural concern and its beneficiaries Andrei Korovaiko and Arkady Chebanov, as well as other persons whom law enforcement officers suspect of a series of crimes.

On the eve of the previously undisclosed details of this criminal case became known. "Pokrovsky," as they had already been dubbed on the Web, were suspected of illegally taking possession of the property of LLC Agrocomplex Kushchevsky, which worked for the lands of the no less odious Tsapkov family. Law enforcement officers began work at the request of Larisa Prikhodko, sister of the owner of Kushchevsky, Fedor Streltsov.

The latter is now on the international wanted list. Before his arrest, he was a partner of Tsapkovsky in several business projects. In 2014, Streltsov established the company "Agrocomplex Kushchevsky," which managed farmland, which was previously controlled by the enterprise Tsapkov "Artex-Agro."

After the arrest of the head of the family, Nadezhda Tsapok, the lands first passed to Mayak JSC, and then the director of this company, a relative of Streltsov, sublet the land to Kushchevsky at a symbolic price. Then Mayak went bankrupt, and its arbitration manager Husayn Khasanov secured the return of land to the enterprise and at the same time initiated criminal cases against Streltsov and a number of other persons. 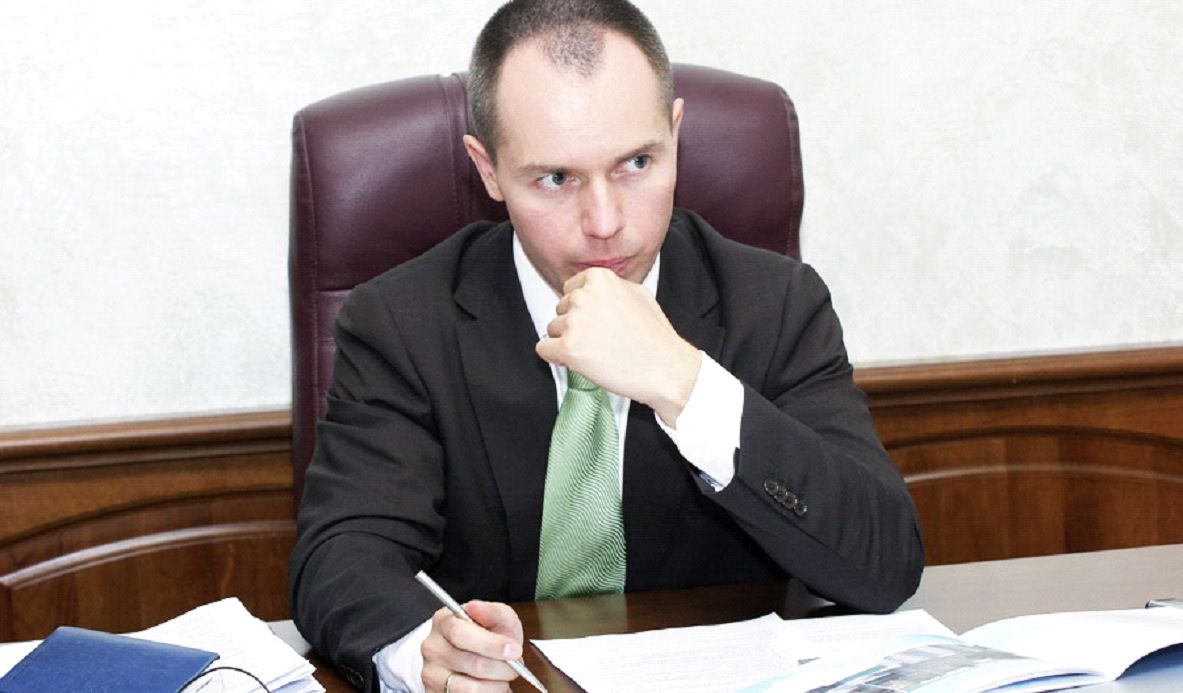 At the same time, the crop of Kushchevsky, according to investigators, could be stolen in the interests of the Pokrovsky agricultural concern. It turns out that if Streltsov could have been involved in the crimes of the "Tsapkovsky" times, then, left without the protection of the scandalous family, he became a victim of the "fish" even larger?

According to Kommersant, the case of theft of the crop - read, assets, was already the second in relation to the "Pokrovsky" and personally Andrei Korovaiko. The first case was opened about extortion by the Investigative Committee back in April 2021. There, Natalia Strishnaya, the former wife of Vyacheslav Tsepovyaz, who is now in detention, was recognized as the victim.

Strishnaya claimed that the "Pokrovsky" forced her to transfer to them the rights to the enterprise "Glory of the Kuban." As part of that case, lawyers Heinrich Khachaturov, Vladislav Brazhnikov and Alexander Voinalovich were arrested. At the same time, where the main protagonist of Pokrovsky is located - his actual owner Andrei Korovaiko, is still unknown. Most likely, he is no longer in Russia.

One of the first about Pokrovsky was told by the Commissioner for the Rights of Entrepreneurs in the Russian Federation Boris Titov. According to him, back in 2019, appeals from several farmers from different regions of the Southern Federal District were sent to the Prosecutor General's Office. "All of them complained about administrative pressure initiated by the leaders of the Pokrovsky concern, including with the involvement of law enforcement agencies," said Titov.

Today, these cases are known throughout the country, but the fame of Pokrovsky began to spread long before criminal cases and first detentions. The fact that representatives of the concern can raiding foreign farms, lands, enterprises, many journalists previously wrote.

One of them was the famous Rostov journalist Sergey Reznik. In the end, a criminal case was opened against him immediately on 13 statements, for which, Reznik is convinced, there were "Pokrovsky" and allegedly law enforcement officers covering them. As a result, Reznik was forced to leave Russia.

He can be understood, because, according to Reznik himself, the "Pokrovsky" had "their" judges and investigators. In addition, there was a private security company - Strela Security Enterprise LLC, which Pokrovsky detractors are trying to imagine as a "power wing" of the entire organization. Reznik himself claims that in Russia it was the Strela private security company that ordered him. 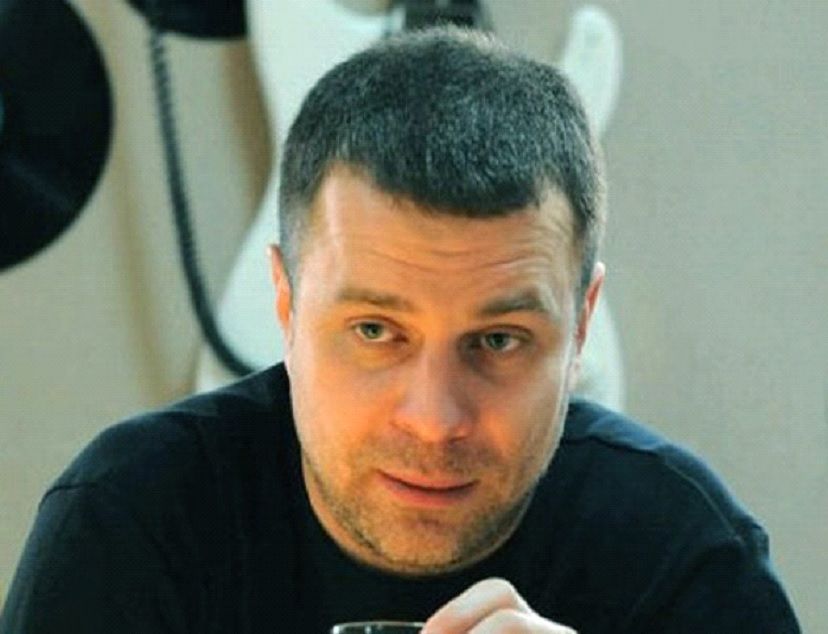 Representatives of the private security company could already get into the development of security forces. The source claims that the affairs of Strela are well known to the security forces of the South of Russia, and that there is a serious dossier on its participants. According to the same source, the allegedly real leader of Strela was not its formal head (already former) Valery Bova, but the former FSB officer from Novorossiysk Sergey Echkalov.

The source claims that at some point between him and other colleagues in the FSB of Novorossiysk there was a misunderstanding related to Yechkalov's personal life, and he was planned to be sent to work in Chita, in fact, in a "link." But instead, he quit the FSB and went to work for Korovaiko, after which he could coordinate the work of the "power wing" of the concern, using his experience and communications in the law enforcement environment.

In this sense, many questions about why law enforcement officers did not pay attention to the Pokrovsky agricultural concern, Korovaiko and his people for a long time may fall away. But this is only the level of regions, the South of Russia. It is clear that such a large-scale business should have patrons at the federal level.

Among them, they are trying to introduce the former wife of Andrei Korovaiko, now a member of the Federation Council, Irina Rukavishnikov. They divorced in 2011. According to rumors - fictitious. Just then, Rukavishnikova was experiencing the heyday of her political career, and could not want to "shine" ignorance as the assets of her husband received.

The most interesting thing is that after the initiation of criminal cases on the "Pokrovsky" people on behalf of Irina Rukavishnikova began to send out media requests to delete information about her past marital status. That is, that the suspect in a series of crimes, Andrei Korovaiko, was her husband. 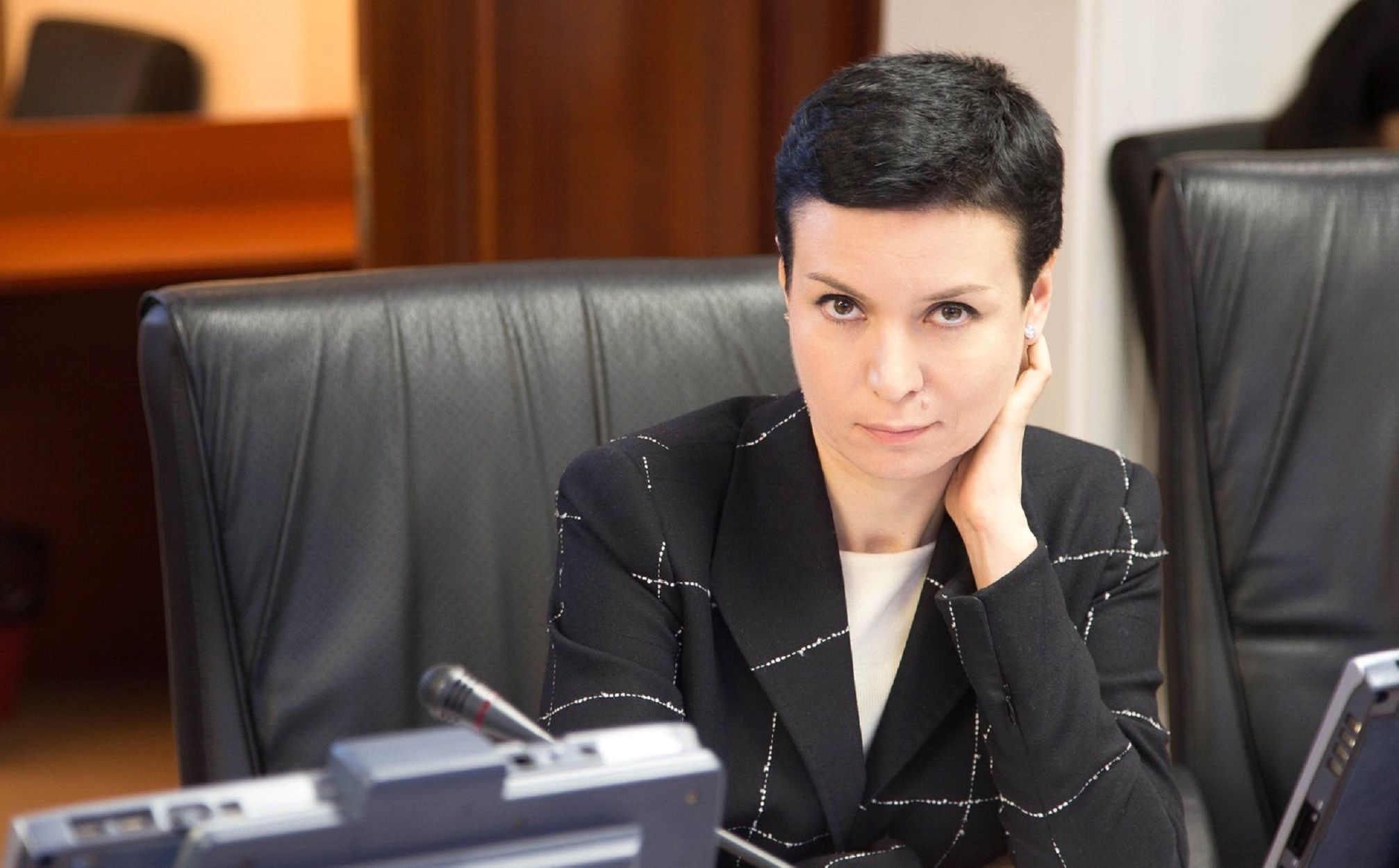 And Irina Rukavishnikov can also be understood. The tangle of "Pokrovsky" is unraveling more and more. Who knows if he will lead the investigation directly to her? And in this case, she can have no less serious problems. After all, Irina Rukavishnikova was not just a wife. She and her ex-husband could stand at the origins of the creation of the entire huge empire of Mr. Korovaiko.

One of the first scandals mentioning Pokrovsky was the situation with the Rostov FSUE Elektroapparat. After the arrest of the former arbitration manager, representatives of the new lender came to the enterprise, who bought up most of the accounts payable - Bars LLC, headed by Irina Rukavishnikova.

Subsequently, the construction of the Green Grove residential complex was planned on the site of the enterprise. The city authorities were against it: there was a bomb shelter underground, but the concern managed to obtain a building permit. According to the blogger k0m237 in the Living Journal, allegedly Rukavishnikova "began to saw business" with Korovaiko just since the bankruptcy of FSUE Electorate.

Another scandal with the alienation of property in favor of Pokrovsky may be associated with the senator's surname. We are talking about the Samtrest wine company.

A few years ago, armed people broke into the office of the company's general director Bondo Babunidze, and forced him to sign debt receipts by force. According to Forbes, thus, the conflict between Babunidze and Korovayko ended, who at that time worked in the embassy of the Southern Federal District under the leadership of General Viktor Kazantsev. With the figure and influence of the latter (especially in law enforcement agencies), the take-off of Pokrovsky is associated.

It must be assumed that if Irina Rukavishnikova could have at least some involvement in the affairs of her husband, she could use her position to withdraw any suspicions from him. According to the authors of the Nezygar telegram channel, allegedly back in 2018, Rukavishnikova went to a reception with the head of the Investigative Committee, Alexander Bastrykin - most likely to "ask" for Andrei Korovaiko and his people - because the prosecutor's office was clearly not enthusiastic about the quality of criminal cases that were brought against Pokrovsky's competitors.

"The husband is an ex, and billions are real," the authors of the telegram channel continue. And today, the "Pokrovsky" allegedly continue to desperately fight the problems that have arisen, and can do this from abroad using previously obtained resources. The same assets and billions that could be withdrawn from the country. 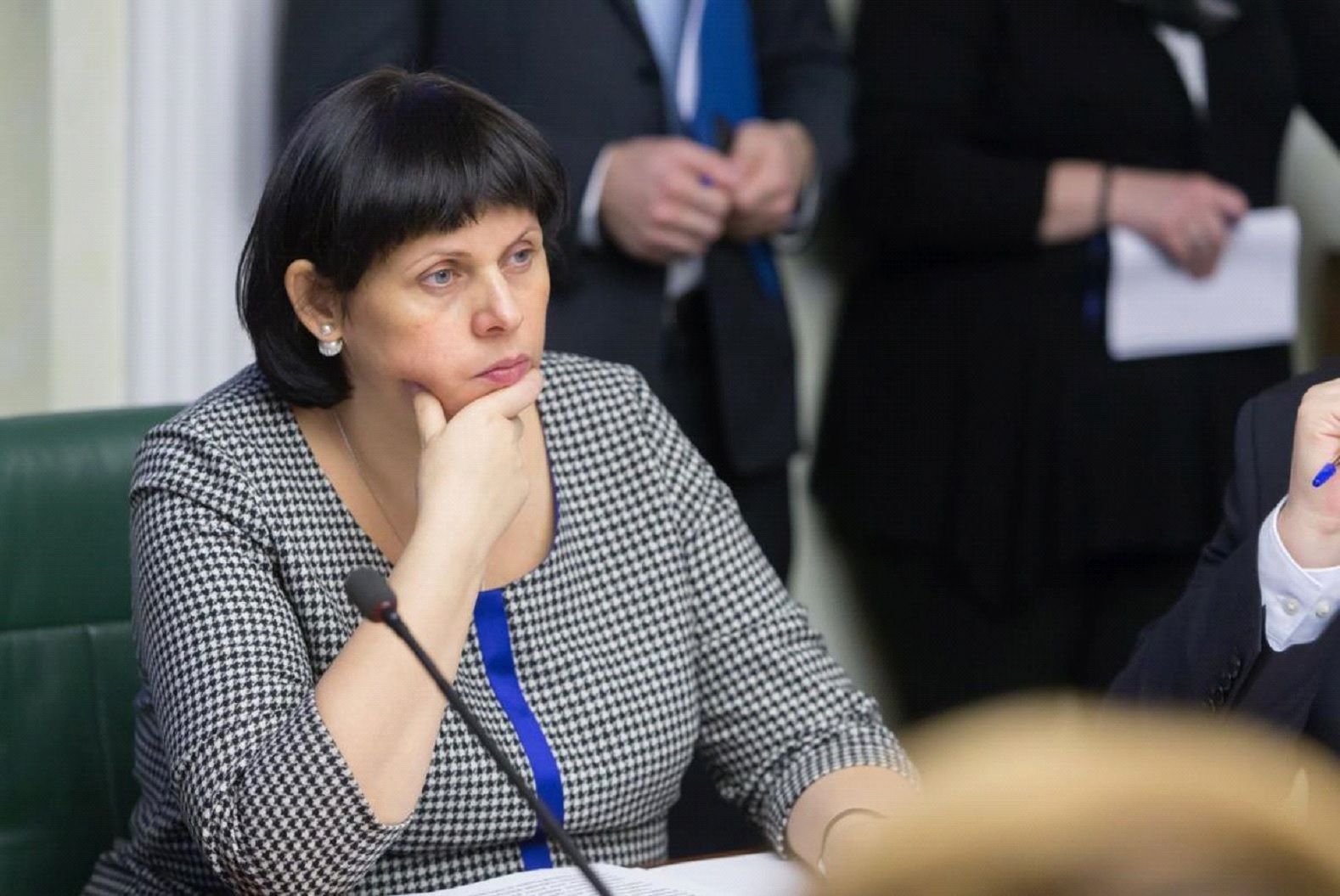 Senator Elena Afanasyeva joined the fight for the good name of Andrei Korovaiko?

According to the authors of the Nezygar telegram channel, allegedly now another senator has been involved in this fight. Namely, Elena Afanasyev from the Orenburg region, who sits on the committee on international affairs. As if Rukavishnikova is friends with Afanasyeva.

As a task, both ladies are trying to attribute numerous requests in the interests of the Pokrovskys to the head of the RF IC Alexander Bastrykin, as well as information support for this company. In addition, they may try to offer a bribe to someone from high-ranking security officials.

So far, there is no real evidence of this information, so all this is from the category of rumors. But the situation went too far, because Rukavishnikova's marriage, and criminal cases against her ex-husband, are real.

Under the "wing" of Kazantsev

We managed to contact the already mentioned journalist Sergei Reznik, who commented on the rumors about the connection of Elena Afanasyeva. He believes that these rumors can have a real basis. At the same time, according to him, if this is true, then the senator herself is probably not glad that she agreed to help.

Separately, Reznik also spoke about the already mentioned general Viktor Kazantsev. According to the journalist, he has no doubt that Kazantsev was a political canopy over the Pokrovsky structure. Some even said that Andrei Korovaiko could be his nephew. 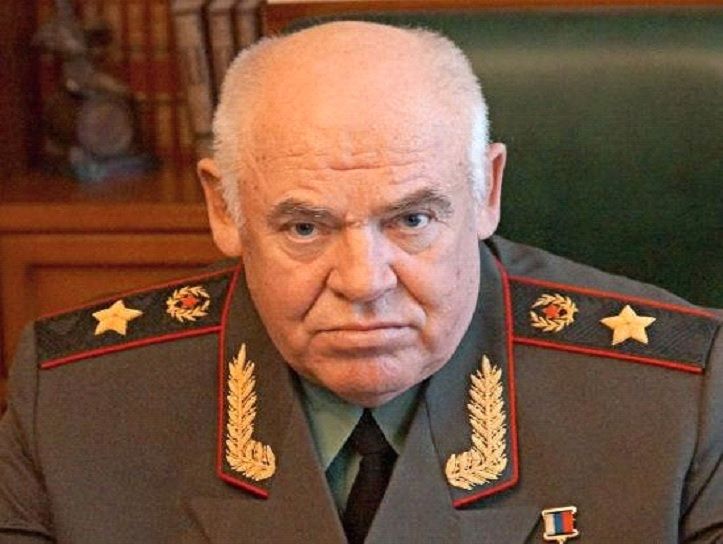 "There it all began with the Kanevsky meat processing plant and the raider bacchanalia, which was arranged by Andrei Korovaiko, a former federal inspector of the plenipotentiary apparatus in the Southern Federal District in the Rostov Region and Krasnodar Territory in the early and mid-2000s. factories: Samtrest, Elektroapparat, a color printing factory, a cannery - all this rattled at one time, but regional generals covered the raiders in everything, "said Sergey Reznik.

After expanding the business, people heard about both sugar factories and Mayak, and then there was Kushchevskaya, the lands of Tsapkov, and many others. Reznik noted that as a result, the Pokrovskys allegedly imprisoned the judge of the Arbitration Court Svetlana Martynova, who allegedly did not want to contact the enterprise.

In addition, Reznik explained that according to his information, Rukavishnikova really went to ask for Pokrovsky to the head of the UK, Alexander Bastrykin. The journalist is convinced that Korovaiko was simply allowed to hide. And in the past, former Deputy Prosecutor General of the Russian Federation Sergey Vorobyov could also help him. Reznik considers him the customer of many criminal cases in the region. But in 2017, Vorobyov resigned, and the "Pokrovsky" began to have problems.

"The" Pokrovsky "is already burning all around. It is difficult to manage the transfer of bribes from abroad when the main porters-lawyers are in prison. Therefore, "political levers" were urgently required - hence Rukavishnikova's request to her colleague - to apply for bandits affiliated with her. In my own way, by friendship, so to speak, "said the journalist.

So, the tangle of Pokrovsky is rapidly unwinding. Most likely, soon we will witness the initiation of new criminal cases in which, if fantasized, the name of Irina Rukavishnikova could also surface. However, all the incriminated representatives of the Pokrovsky crime still need to be proved. And this, as they say, is a completely different story.