To that big: a friend of Anton Siluanov went to the concessionaires?

The company, with which Olga Khromchenko was associated, a close friend of Finance Minister Anton Siluanov, seems to have "gone wild" and swung at the Sakhalin Bridge.

According to the correspondent of The Moscow Post in the Sakhalin region, interesting events began to take place around the controversial project of the bridge to Sakhalin. According to Kommersant, a new participant in the concession may appear and, in addition, even an alternative configuration.

One of the active participants in the events is Multifunctional Cargo District LLC (MGR LLC), co-owned by one of the beneficiaries of the St. Petersburg Oil Terminal (PNT) Mikhail Skigin, who, in turn, does business with entrepreneur Olga Khromchenko, whom the media call a close friend of Finance Minister Anton Siluanov.

In this case, the story can be very useful for the inhabitants of the island. After all, the Ministry of Finance mainly oversees the allocation of money for state concessions. And what sometimes you will not do for a "good person." Especially when he's your close friend.

According to sources, this issue may be put on the agenda of a meeting of the commission for the implementation of projects for the development of railway infrastructure in Siberia and the Far East, chaired by Deputy Prime Minister Marat Khusnullin, on May 31.

According to Rusprofile, now the main founder of MGR LLC is Blue Sea LLC, which owns 90% of the company. For a concessionaire with similar far-reaching applications, MGR LLC leads a very passive lifestyle. Judging by the financial indicators, it last ended the year with revenue of 600 thousand rubles at the end of 2019, and after that it fell sharply into the red and since 2020 has not earned anything. At the end of last year, the company's net loss is 10 million rubles. There is no information about public procurement, which does not add reliability to the concessionaire.

Its founder, Blue Sea LLC, created in September 2020 and since then has not earned a penny according to the documents, is in approximately the same state. The company completed 2021 with a net loss of 56 million rubles. 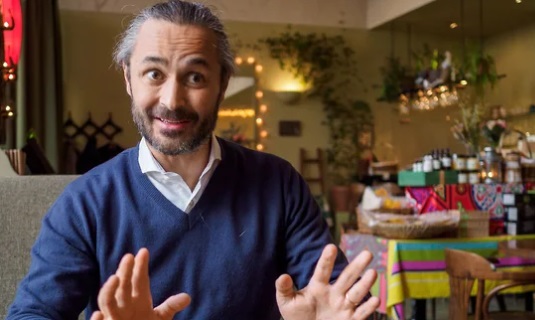 Mikhail Skigin does not hide his involvement in concession agreements on Sakhalin. Photo: Evgeny Pavlenko/Kommersant

The financial performance of Vostok JSC, one of the founders of Blue Sea LLC, looks even more intriguing. At the end of 2021, in the absence of employees, the company worked at zero revenue with a profit of 809 thousand rubles.

The second co-founder of Blue Sea LLC, entrepreneur Olga Puchkova, according to Rusprofile, makes about the same impression.

At the same time, it is known that the Government in March 2021 approved a concession agreement with MGR LLC (which at that time, we recall, was already in deep danger with its founder) on the construction of a cargo complex in Sakhalin Poronaisk with coal, oil and gas terminals, and in May 2021 it was signed by Rosmorrechflot.

"Misha and Olya were here"

Open sources specify that one of the beneficiaries of the St. Petersburg Oil Terminal (PNT) Mikhail Skigin is a co-owner of MGR LLC. Presumably, 10% of the company's shares, about which nothing is said in open databases, may belong to him.

Earlier, Mr. Skigin spoke in detail in an interview with Kommersant about the port project in Poronaysk and mentioned that PNT has more than 20 concessions in development. Specifically, it was specified in Poronaysk that the concession would allow the investor to use the object for 49 years. The cost of the project will be about 35 billion rubles, about 4 billion rubles will be allocated from the federal budget for infrastructure. 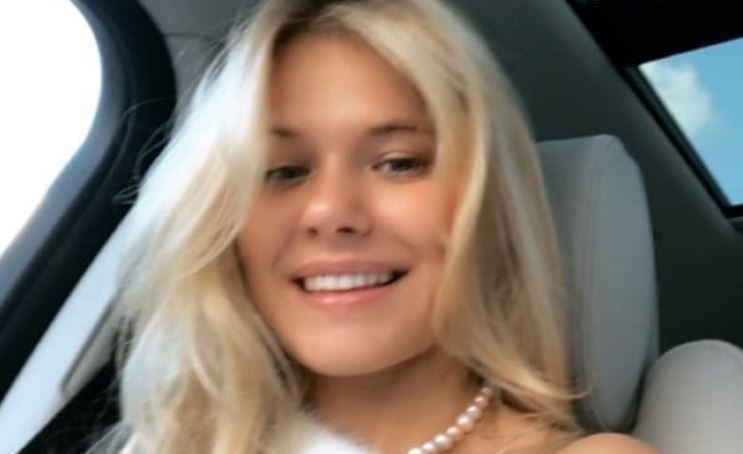 Olga Khromchenko proves with all her being that she can handle any business. Photo: svpressa.ru

It is not a secret that entrepreneur Olga Khromchenko, who does not hide her close relations with Finance Minister Anton Siluanov, is involved in many of Mikhail Skigin's projects. Apparently, this explains the wonderful transformation of MGR LLC from a ghost company and a solid concessionaire.

Recall that before Mrs. Khromchenko herself, according to PASMI (recognized as a foreign agent on the territory of the Russian Federation), did not deny a personal connection with the minister, but assured that he did not help her in business. She stated that "Anton Germanovich is no makar there," and complained that "everything is in his tail and mane."

Now, it seems, Mrs. Khromchenko has awakened interest in the aforementioned concessions. This fact is largely confirmed by the fact that literally on May 6, the co-founder of Blue Sea LLC became 66.5% co-owner of the company - Rusdorfinance LLC, and Olga Puchkova, and on the same day Olga Khromchenko left the founders, apparently losing her share to a namesake. 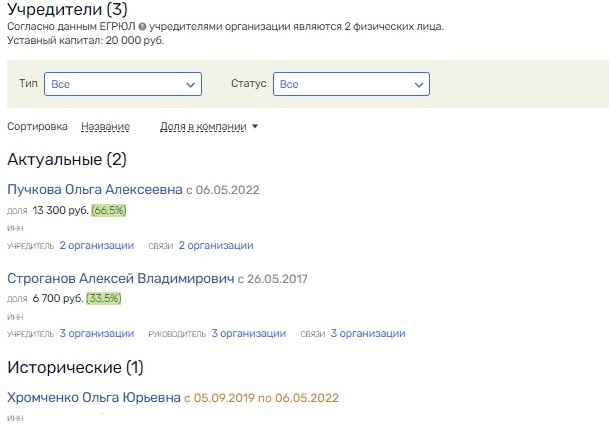 We can only guess about the motives of the latter's act, she did not comment on this event anywhere. It is possible that it was a beautiful gesture on her part for her new business related to concession agreements to be less associated with Minister Siluanov.

If we recall how the companies of this blond business trail stably gained access to contracts distributed without competition from the construction of toll roads in the Moscow region and the cargo port on Sakhalin to the cultivation of a certain type of plant for the needs of industry and the issuance of microloans to the population (The Moscow Post previously wrote in detail about these government contracts worth tens of billions of rubles), it becomes clear why everyone is turning a blind eye to the ugly "pedigree" of MGR LLC and the founders of this enterprise. 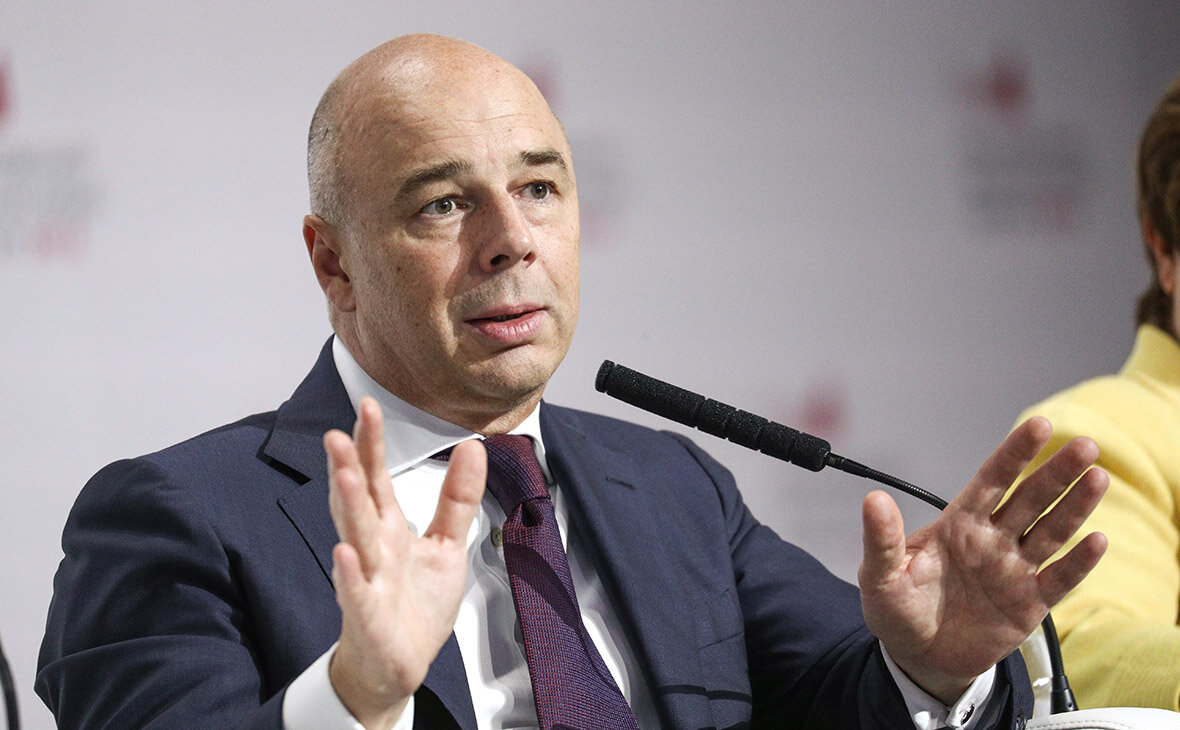 Anton Siluanov, judging by the success of Mrs. Khromchenko in business, knows how to be convincing. Photo: srb62.ru

By the way, we note that recently in Rusprofile, data on public procurement with the participation of Rusdorfinance LLC have become unavailable.

It seems that the gentlemen concessionaires have provided for everything. And also the existing state of affairs, which required a special degree of secrecy, suggests that relations between Olga Khromchenko and Anton Siluanov are growing stronger.

And if it has already come to participating in the concession, I wonder what the next stage will be? Maybe immediately to the governors?..