"Tired of bankruptcy" of Mikhalkov’s son-in-law

The Moscow Post was contacted by a reader who reported that the director Nikita Mikhalkov's son-in-law, a businessman and general director of the intermediary of Rostec, Albert Bakov, could bring JSC KBAL n. a. L. N. Koshkin (Design Bureau of Automatic Lines) to a pre-bankruptcy state. This is not the first company that could suffer from the "effective" management of Bakov. He himself was already declared bankrupt, which, however, did not prevent him from heading one of the structures of Rostec. Will the "star" son-in-law continue to "master" the money of state corporations together with his famous relative?

According to the Arbitration cases file, they have been trying to recognize JSC KBAL n. a. L. N. Koshkin from 2019 - the corresponding claim of a certain Paketti-group LLC. The latter in December of this year announced its intention to apply to the instance again. That is, before the New Year, a bankruptcy case will probably be initiated against the enterprise, which, by the way, is included in the number of system-forming organizations of the Moscow region.

According to Rusprofile for 2018, with revenue of 289 million rubles, the company has losses of 46 million rubles. Before that, the company was profitable, but with the arrival of Mr. Bakov in the organization, everything changed for the worse - in 2019, the Federal Tax Service began to block accounts, bailiffs were involved, enforcement proceedings were initiated for tens of millions of rubles.

Does it seem, or the company will repeat the unenviable fate of the Tractor Plants corporation, in which Bakov participated for several years? At some point, the company was unable to pay its creditors. In 2015, VEB.RF repurchased the debt obligations of six major banks in the amount of more than 68 billion rubles. In 2017, VEB.RF demanded that part of the group's structures, including the head structure, be declared bankrupt, but a year later the arbitration proceedings were stopped, and the group's assets were transferred to Rostec, which took control of the military division of the holding, and the civilian division was transferred to JSC Transmashholding (TMH).

Meanwhile, Bakov himself in September 2018 worked as a general director in JSC Central Scientific Research Institute of Precise Mechanical Engineering, the founder of which is Rostec. It turns out that the state corporation not only bought out most of the debts of the enterprise on which Bakov had "worked", but also accepted such an "effective" businessman with open arms? And then suddenly the case for declaring the businessman bankrupt collapsed, as reported by RIA Novosti.

At the same time, the question of where the billions from the Tractor Plants corporation went is still relevant. Cyprus Pomavia Holding Limited is listed as a co-founder of the office - that is, money from the company could quite legally settle overseas. Besides, according to the Opencorporates database of companies, directors of a foreign firm are people who have more than a dozen companies registered, and the secretary is a firm that participates in more than 2016 organizations. There is little doubt that these are all figureheads. What to say, the "ends" were hidden very well… 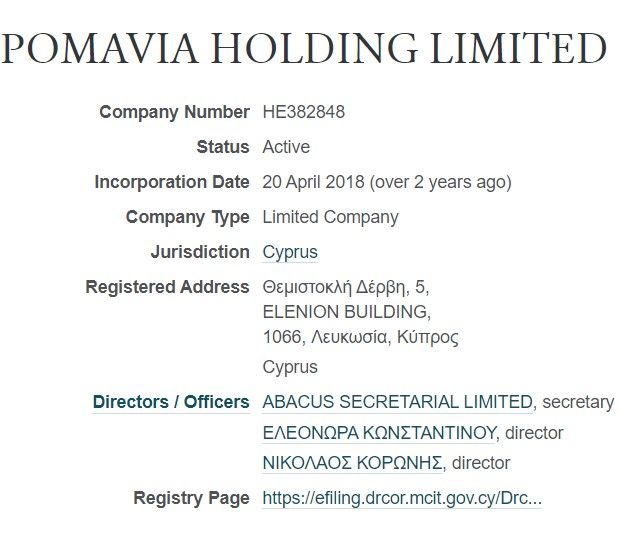 And how can we not remember that Bakov was suspected of having offshore companies, as Novaya Gazeta wrote. After that, the businessman even went to court with a claim to the editorial office, but the court sided with the journalists. Thus, were the latter right and are the foreign companies really under Bakov's control? That would explain a lot.

Even the diamonds couldn't stand it

There are other similar stories in Bakov's biography. Recall at least the story of Chelprom-Diamond, where Nikita Mikhalkov was also among the co-founders. By the way, at one time it was the only company on the domestic market that produced diamonds of small sieves. However, its fate was not unique at all…

Nikita Mikhalkov and Albert Bakov joined the diamond business together with the long-term partner of the latter - businessman Mikhail Bolotin. At some point, the organization needed to purchase a batch of diamonds, but there were no available funds for this, so it was necessary to take a loan of 134 million rubles from Chelyabinvestbank. Moreover, the loan was taken by the founder of the company, Alexander Sintyaev, and the collateral was raw diamonds, both  in processing and processed, as well as a certain utility room.

And then suddenly Mr. Sintyaev disappeared, as Verstov.Info wrote. Mikhalkov and his two partners had to justify themselves to the bankers. And then, as reported by Delovoy Petersburg, the FSS opened a case on illegal trafficking of precious stones against the company. It turned out that the office signed a contract for the supply of diamonds with a certain Dundela Limited company. After checking the transactions, the investigators opened a criminal case on illegal trafficking of natural precious stones by a group of persons by prior agreement.

A $10 million contract was signed between Chelprom-Diamond and a foreign office for the supply of diamonds, then the amount of the contract decreased to $1.25 million. After this the act of acceptance-transmission of more than 11 thousand pieces of precious stones was signed, but the deal was deemed illegal because Dundela Limited is not resident in the territory of the Russian Federation, has no registered offices, and is not on special account in territorial inspection. So could money be simply "drained" through the foreign company?

Further events developed even more interestingly: Chelprom-Diamond began to sell property at auction, the winner was a certain TH Krasivye Veshchi. The latter got more than 40 thousand diamonds for 63 million rubles. At the same time, the co-founder of the organization is a certain Bolotina Anna Mikhailovna. Was she related to Bolotin?

All this suggests - can Bakov implement dubious schemes? In this case, he can do it in a truly star team. For example, his partner in the Nikolaevsky Fund is the permanent host of Pole Chudes TV program (Field of Miracles) Leonid Yakubovich.

There is also an enterprise that risks repeating the fate of those mentioned earlier. We are talking about JSC Central Scientific Research Institute of Precise Mechanical Engineering headed by Bakov. There is little information in open sources about the company - yet the company is strategically important. However, it is known that with the arrival of Bakov, legal claims have significantly increased: in 2020, claims are six times higher than in 2017.

According to the information sent by our reader, in 2016-2017, the company's profit was at the level of 4-5 billion rubles, and now it is in the "minus". In addition, 14 billion rubles of net assets allegedly disappeared somewhere. And employees and veterans of the enterprise write to the Chairman of the Federation Council of the Federal Assembly Matvienko Valentina Ivanovna letters with a request to prevent the bankruptcy of the leading institute. 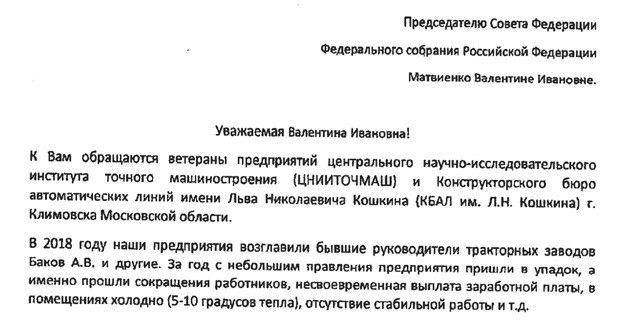 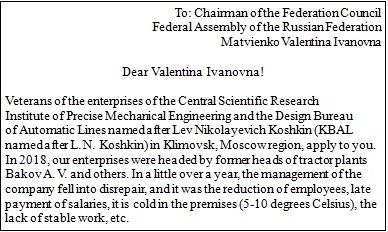 The question is, why does Rostec need such a top manager like Bakov? Besides, conclusions about his style of work could have been made long ago. It is worth at least remembering how he worked as a vice-governor in the Ulyanovsk region under Vladimir Shamanov. And in parallel, he served as a representative of the administration of the Ulyanovsk region in Moscow. According to rumours, for all the time of work (and this is only several weeks), he was twice in Ulyanovsk, and the second time he showed up in the region to apply for dismissal.

It is also interesting how he got these positions immediately after the victory of Vladimir Shamanov in the elections in 2001. Spiteful critics claimed that in this way the latter tried to respect Nikita Mikhalkov, who supported his candidacy. But even this did not "save" Bakov - he showed himself in such a way that even the probable existence of an agreement between Mikhalkov and Shamanov could not change anything.

But, apparently, the father-in-law and son-in-law have a very good relationship. They met back in the late 90s, when Bakov was one of the co-owners of the Nikos company, and Mikhalkov, just became the head of the Russian Cultural Foundation. And soon the managers of Nikos became actually managers of the cultural Fund, and the Director himself allegedly had a hand in this, who later became one of the top managers of Nikos. In 1997, Mikhalkov invited Dmitry Piorunsky, who was President of Nikos, to the post of General Director of the Russian Cultural Foundation. By the way, at one of the events of the RCF, Mikhalkov's daughter Anna met Albert Bakov. Thanks to this, the director and the businessman became related.

But they are connected not only by family ties, but also by common business interests. Could it be that Mikhalkov has some benefit from the "collapse" of the country's strategic enterprises? Does he help his son-in-law to conduct business in such a way as to avoid unnecessary attention of law enforcement and supervisory authorities?