The businessman accused the governor of Moscow Region Andrei Vorobyov of "seizing" the business, as well as Sergei Sobyanin of allegedly committing charges. God Nisanov from his words was an active organizer of the capture.

According to the correspondent of The Moscow Post, a video is gaining popularity on the Web, which tells about the famous Russian entrepreneur, the owner of the Kiev Square Group of Companies Goda Nisanov, Moscow Mayor Sergei Sobyanin, as well as the governor of Moscow Region Andrei Vorobyov and his brother Maxim.

In the video, Russian developer Ilgar Hajiyev, previously the owner of the SDI Group, claims that these persons actually took away his business and forced him to pay bribes to the governor of the Moscow Region under the threat of physical force.

We are talking about several development projects, where Hajiyev, through his SDI, became a partner of the relatives of the God Nisanov, and as a result lost everything - allegedly, during the real raider seizure. At least, this is how Hajiyev tries to imagine everything. Now in Russia, several criminal cases have been instituted against Hajiev - as he himself claims, fabricated in order to put pressure on him just because of this situation.

This story is not new, The Moscow Post has already written about it. However, this time it was told in the first person by Ilgar Hajiev himself, a lot of details are given, from which, say honestly, the hair gets up.

Hajiyev suggests that pressure on him took place in the interests of Azerbaijani President Ilham Aliyev and his family. Earlier, the same YouTube channel published the first part of this video, which was dedicated directly to Aliyev and another business of Hajiyev, whom he lost in Azerbaijan. However, as a Russian publication, we are interested, of course, in Russians.

A man is known by the company he keeps

According to Ilgar Hajiyev himself, Goda Nisanov is not just a successful developer, the owner of the Kiev Square Group of Companies and the capital's indoor markets - Sadovod, European and others. He is also supposedly a great friend and even, one might say, a partner of the mayor of the capital, Sergei Sobyanin, as well as the governor of the Moscow Region Andrei Vorobyov and his friend Maxim.

The one thing that Goda Nisanov is an adviser to Andrei Vorobyov on a voluntary basis already makes you think about a lot. As for his younger brother Maxim, they became partners with Nisanov quite officially. Just a few weeks ago, Kievskaya Square Group of Companies acquired 10% of the development group of Aircraft, which is associated with the name of Maxim Vorobyov.

And even if he himself has not been among the co-owners of the parent company for a long time, he has 25% in Aeroplane Two Capitals, a division of the holding company that implements projects outside the Moscow Region. The main share in Airplane (35%) belongs to its long-time business partner Mikhail Kenin.

That is, in any case, it will not work to perceive information about the connection between Nisanov and Vorobyov only as rumors. However, many words can be perceived with skepticism. For example, Hajiyev claims that allegedly the God Nisanov even drove Andrei Vorobyov, Maxim Vorobyov and other influential persons on his plane to Israel, discussing business issues on the way. 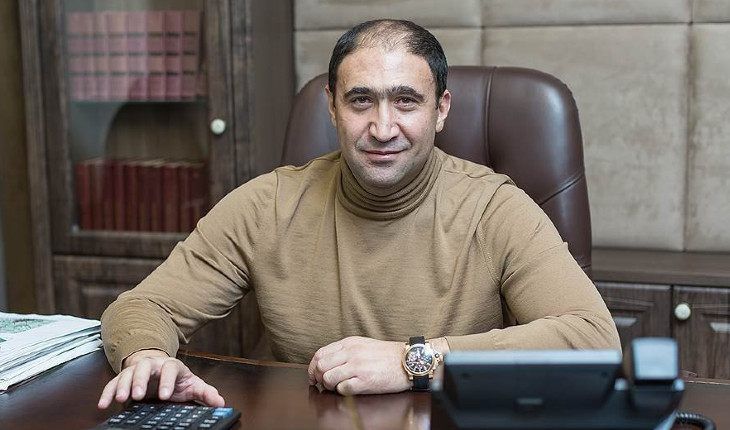 Ilgar Hajiyev continues to fight for his own good name

The video says that Maxim Vorobyov acted as an intermediary in a situation where Hajiyev (from his words) was taken away from the business - allegedly, he had to receive 600 thousand dollars a month from Hajiyev to pay $20 million for a stake in Comfort Invest LLC, the company of the developer of the residential complex near Moscow "Accord Smart Quarter" and LCD "

At the same time, Hajiyev claims that he wrote a receipt about duty almost under the blows of pistols - allegedly, Nisanov gathered his close associates, many of whom were with weapons, to "invent." At the same time, 30% of the company by that time already belonged to Albert Imanilov, who was tightly connected with Nisanov.

Imanilov was the founder of the KET K company, which Leon Nisanov, a possible relative of the Year of Nisanov, and Ilkhanan of Israel, later began to possess. The company itself was liquidated - TPU Nagatinskaya LLC became its successor, which today on behalf of Kiev Square Group of Companies is implementing a project to create a TPU at the metro station of the same name.

Later, Hajiyev was forced to leave the country, and the "debt," if he, apparently, did not have time to pay. After that, Imanilov sued Hajiyev, apparently trying to recover the remaining shares. And here is a detail that Hajiyev himself does not talk about in the video.

It turns out that at the time Imanilov filed his application in the spring of 2020, some of the assets that, according to Hajiyev's detractors, he allegedly withdrew from Comfort-Invest were recorded on an unexpected figure - Ekaterina Khavaeva, a former employee of the Moscow City Hall. About this writes Pravda.ru.

The role of Sobyanin

And then we go to the mayor of the capital, Sergei Sobyanin. From the video we can conclude, allegedly it is he who is the main patron of the God Nisanov in the capital. According to Hajiyev, Sobyanin allegedly receives a monthly income of 12% of all cash receipts of the God Nisanov, which are calculated in billions of rubles. At the same time, other companies, according to Hajiyev, allegedly paid the mayor 6%.

In 2019 alone, the income from the rental of Kiev Square (the largest wound in the country) amounted to more than $1.6 billion. How much Mr. Nisanov's indoor markets bring is completely unknown. Interestingly, among other things, Hajiyev claims that it was Nisanov who at one time financed the election campaign of Sergei Sobyanin (according to Hajiyev's assurances, the developer could spend 25 million euros on this).

In addition, the video says that Hajiev was offered compensation for the transfer of part of the business to the relatives of the God Nisanov. Namely, a large construction state contract from the mayor's office of the capital for 20 billion rubles, which the capital's mayor could allegedly contribute to.

This moment became decisive for Hajiyev, who realized that it would not be possible to solve everything with the world, and simply feared for his life. He did not "wait" for contracts, but simply left the country. And if what is said is true, then it takes a break from it. Can Goda Nisanov and the mayor of the capital distribute budget funds among affiliated businessmen? It's hard to believe.

Hajiyev told a similar story about the construction of the Pirogovskaya Riviera in the Moscow Region, where the road was not originally planned. This caused indignation of local activists, the issue of laying an alternative route at a budget expense allegedly had to be resolved through Andrei Vorobyov. 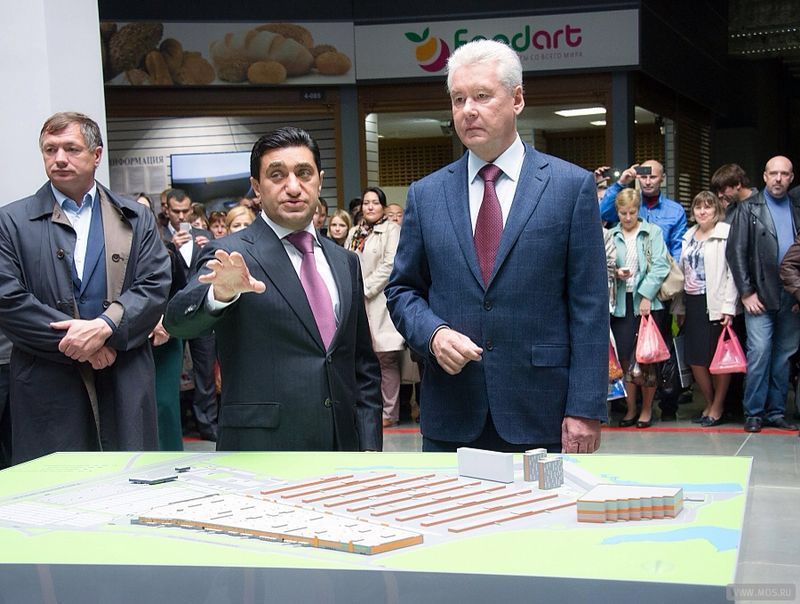 It was after this, according to Hajiyev, that the allegedly "seizure" of his business SDI Group was carried out. There are many videos from surveillance cameras on the network at the office and inside, where people who Hajiyev calls Nisanov's people host. However, the common denominator of these messages is one - people associated with Nisan kinship.

Will they cover their own?

And here is another retreat, because the former owner of the SDI Group wrote a series of statements and open letters to law enforcement agencies asking them to understand the situation. However, there was no reaction. Even at the very moment the young men appeared in the office of the SDI Group, the police who arrived did not stop their actions.

Nisanov has a relative by the name of Yusupov - Vladislav. Earlier, Ilgar Hajiyev indicated that it was Vladislav Yusupov who participated in the "seizure" of the SDI Group business. This was written by PASMI (recognized as a foreign agent in the Russian Federation). Allegedly, he gathered company managers and announced that he was the new owner.

Among people who can work for the Year of Nisanov and come from the Ministry of Internal Affairs, the scandalous general Vladimir Pronin, the former head of the entire Moscow police department, is also called. That is, people who are clearly well acquainted and enter the offices of the high Moscow police authorities.

Sang with a nightingale

After the appearance of an open letter, where Hajiyev asks to protect his rights and business, a real campaign to discredit in the media began against the entrepreneur. And one of the possible main actors in this campaign can be considered the famous Russian TV presenter, journalist Vladimir Solovyov.

At least this conclusion can be made from the words of Hajiyev himself, who claims that Soloviev can not only act in the interests of Nisanov, but also allegedly receives a monthly salary from an entrepreneur in the amount of at least 100 thousand rubles.

This can be said about any journalist who, on one side or another, covers any conflict between businessmen. But how can you not recall another sensational video walking around the network.

There, a person with a voice similar to Vladimir Solovyov seems to justify himself to someone for the negative said to the President of Azerbaijan Ilham Aliyev on the website of one of the Russian television channels. Presumably, before the God Nisanov.

"When someone tries to say something disrespectfully (most likely, we are talking about" disrespectful statements "about Ilham Aliyev - approx. Editors), I remove it with my hands," you can hear in the video.

How and on what basis a person with a voice similar to Solovyov can clean something up is not clear. At the end of the video, the voice says: "Year Semenovich, I understand everything, share your fears. Today, let them look - today they scolded Pashinyan (Nikol Pashinyan, Prime Minister of Armenia - approx. Editors) and praised Aliyev greatly. I personally praised Aliyev greatly. "

Of course, whose voice on the record is not established by anyone. Maybe not Solovyov - rate yourself. However, this falls very well into the rope of what Ilgar Hajiyev says. After all, among other things, he mentions that in an interview with Solovyov with Aliyev, the Russian television personality allegedly flew in on the plane of the God Nisanov/

And if so, then it becomes sad not only for the business climate in the country, but also for domestic journalism.