The editorial office of  The Moscow Post  received a letter from our regular reader about the strange activities of businessman Alexander Vedrov.

As evidenced by our informer, Alexander Anatolyevich Vedrov some time ago, even changed his "codename". Allegedly in his passport there was a different surname, more precisely - Pitkin. But the activity of A. A. Pitkin on the Internet is completely absent or it was perfectly cleaned up.

The Moscow Post told how exactly this is done in a recent journalist investigation Timofey Kurgin. From Moscow city court with love.

But even if Mr. Pitkin's activities are cleared, there are numerous traces of Mr. Vedrov's newfound activities on the Internet. What else is curious? This enterprising man with the grip of a bulldog today heads the boards of Directors in major scientific institutions of the Russian Federation, some of them are strategic and even secret.

A correspondent of The Moscow Post followed in the footsteps of Pitkin-Vedrov.

Alexander Vedrov is a man with an ambiguous reputation. In his bright, as the flight of a comet, biography there are a lot of amazing facts. Similar to Ostap Bender.

Vedrov received his higher education while working as a merchant. And this period lasted, as he modestly writes in his biography, from 1992 to 2010. During this time, Mr. Vedrov flashed as a businessman in Yekaterinburg, then in St. Petersburg, then in Moscow.

He is a founder in the following companies:

He is or was an employee in the following companies:

Head of the legal entity 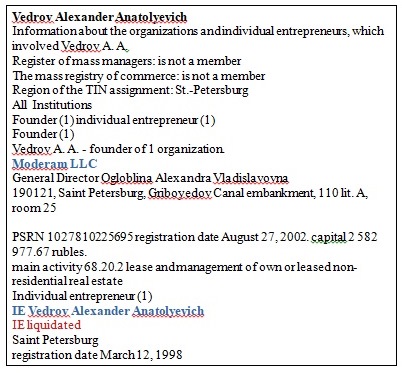 Note that today Mr. Vedrov is a member of the Board of Directors of PJSC Radiofizik, JSC RATEP, JSC NTC Promtekhaero, NPO Strela, etc.

But Mr. Vedrov does not have the necessary specialized education to work in major research centres. However, let's remember who runs the Roscosmos state Corporation or Rosatom state Corporation today. It's a solid latter-day "academics".

Thus, Mr. Vedrov has a degree. He is a candidate of economic Sciences. And even the topic of his scientific work is known: "regulation of social services in a crisis". 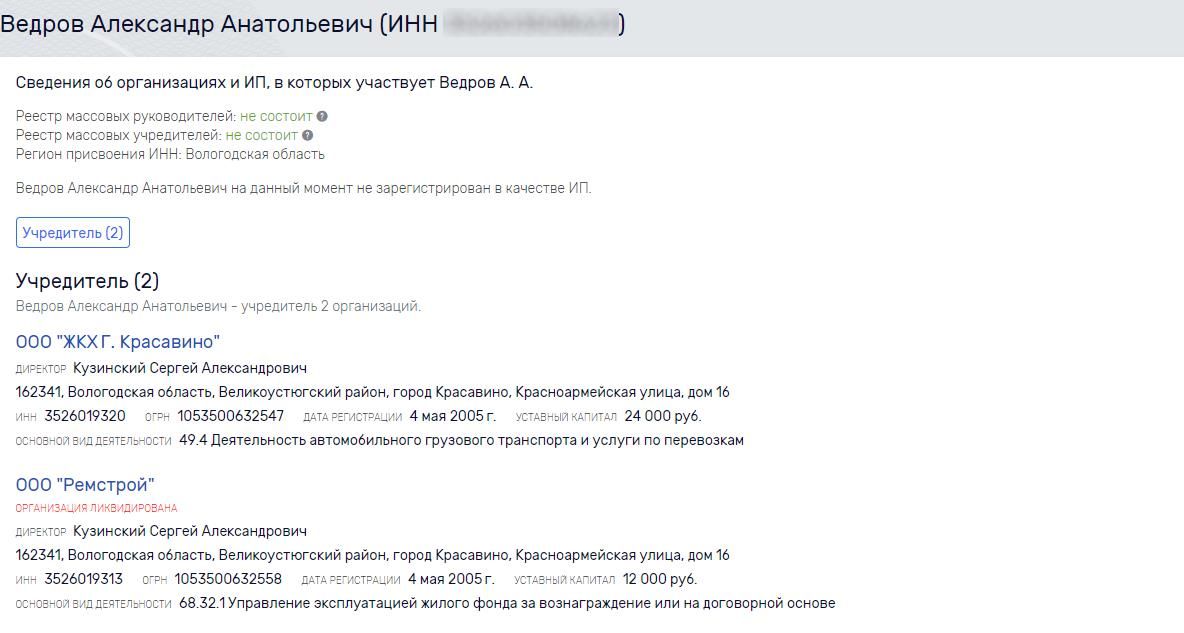 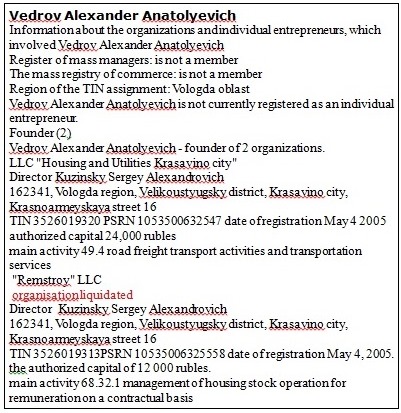 But this scientific work, we agree, has a tangential significance for the work of strategically important enterprises.

During his activity in various offices, as spiteful critics say, allegedly Mr. Vedrov quite deservedly received the nickname "Shura, saw!"

The seizure of the Avangard plant

How did Mr. Vedrov manage to penetrate to important industrial enterprises? Many media outlets wrote about this: Vedrov used raider attacks. That's how he ended up in the Director's chair of a strategic enterprise - at the Moscow machine-building plant Avangard.

The capture was thought out to the smallest detail, and the day and hour were calculated. On that day, the General Director of Avangard, Akhmet Mukhametov, went on vacation. He gave the Avangard plant more than 40 years. 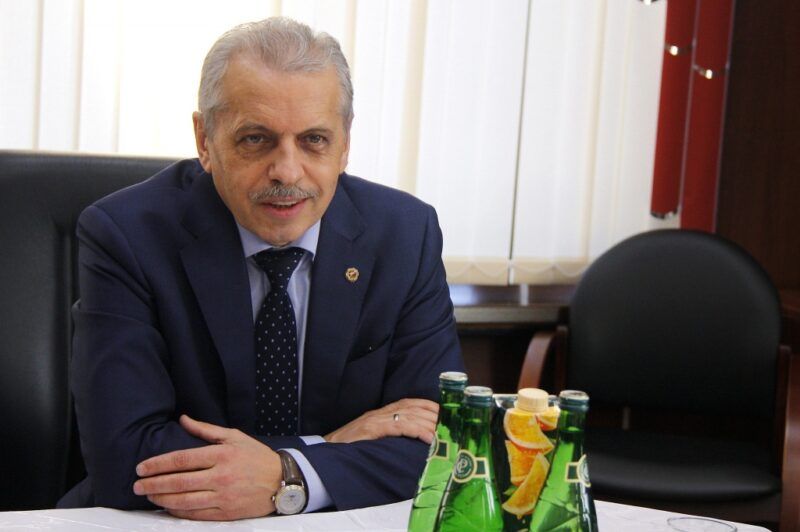 The enterprise was captured by two dozen strong young people. And soon in the entrance of the plant there was a message about the dismissal of Director Mukhametov in connection with "non-compliance with official duties". Alexander Vedrov appointed himself as the General Director of the famous plant. And issued order  № 303.

Employees of the plant were shocked by what was happening. They contacted the FSS' economic security service. And they warned that the plant could fail the state defense order. In addition, the new Director of the enterprise Vedrov more than 5 months did not agree on a plan for technical re-equipment of the Avangard plant for some vague reasons.

Employees of the plant also addressed personally to the mayor of Moscow Sergei Sobyanin, who visited the company when  Akhmet Mukhametov was Director. 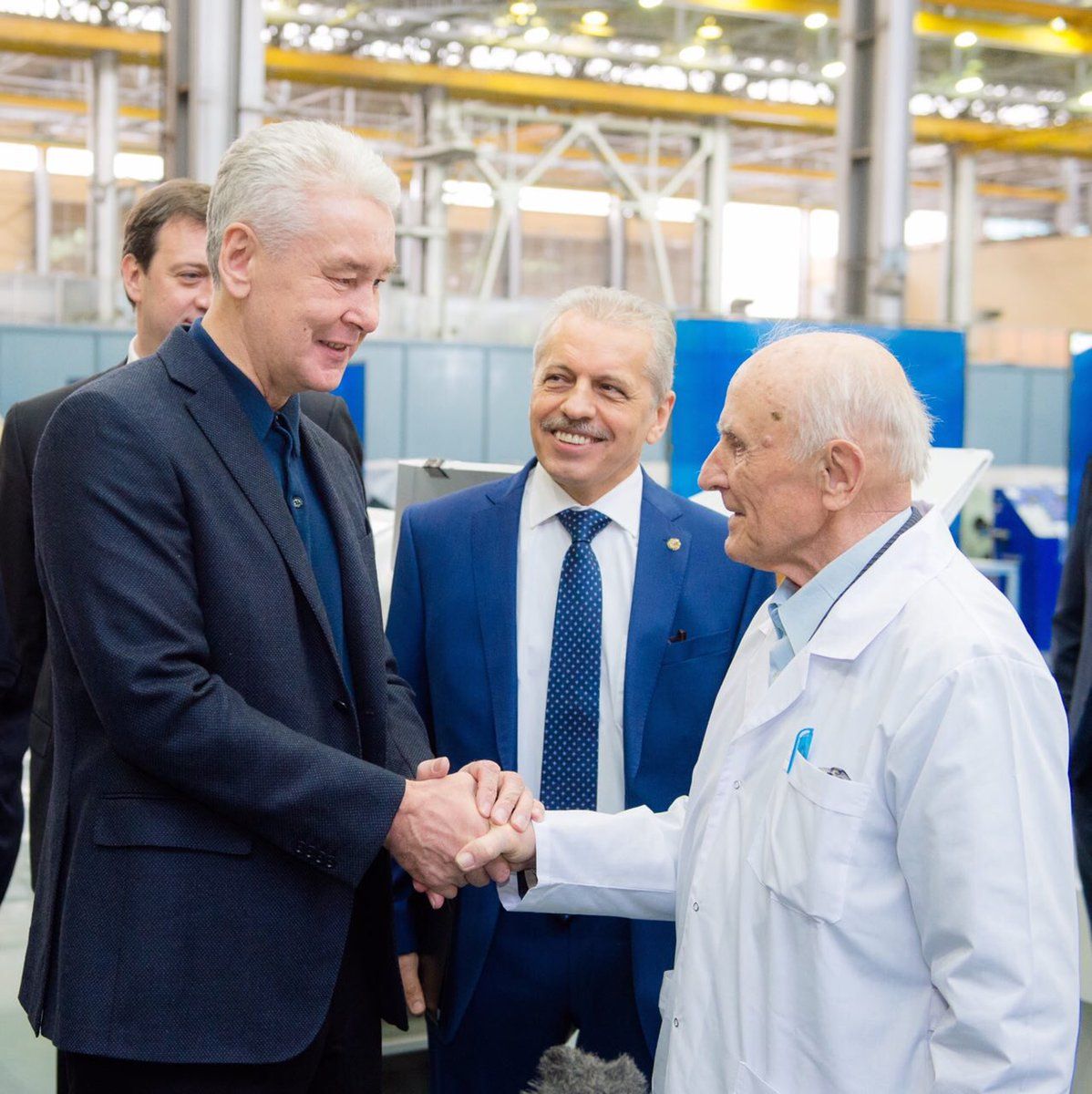 But it seems that Alexander Vedrov did not appear at a strategically important enterprise with good intentions. They seem to have been motivated by a different interest, because the plant occupies a huge plot of land in the Voikovskaya metro area. And these 26 hectares are very attractive for developers. And in order to sell the land profitably, production needs to be moved to another place. And such a place can be the city of Kirov. It was for this decision that Vedrov spoke – "Shura, saw!".

By the way, over the past few years, dozens of enterprises of the military-industrial complex have fallen under the bucket of a bulldozer in Moscow. In their place there are shopping and entertainment centres. Today, the Rostec State Corporation plans to transfer more than 10 of such sites in Moscow for construction projects. 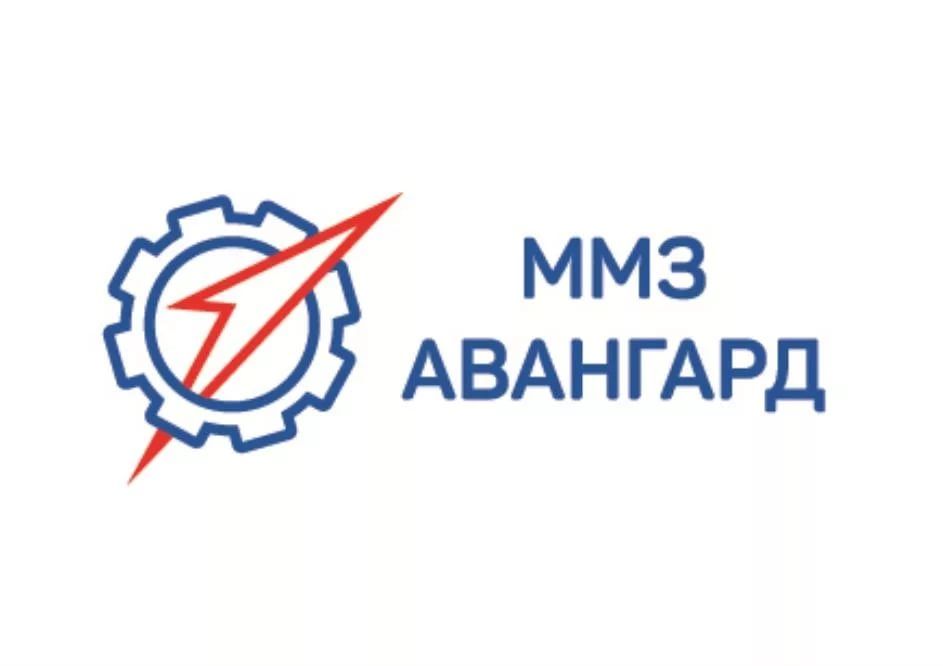 But they say that the Moscow Government is not interested in removing the Avangard plant. Moscow mayor Sergei Sobyanin, who visited Avangard in January 2017, got acquainted with the production. And offered the team the status of an industrial complex. This status entitles them to preferential taxation on land and real estate.

It should be recalled that, it was planned to organize a cluster of companies operating in the manufacturing sector under the aurhority of the Avangard plant. In other words, the Moscow Government is very interested in an enterprise that works for defense and provides working places.

But Mr. Vedrov probably had other aims and aspirations!

How was General Director of the Avangard plant Ahmet Abdul-Khakovich Mukhametov dismissed?

Alexander Vedrov himself came up with a far-fetched reason for the dismissal of Mukhametov for allegedly improper performance of official duties. Mukhametov was dismissed with the wording – "Abuse of office with causing reputational harm to the company."

What did the former General Director of MMZ Avangard Akhmet Mukhametov do? 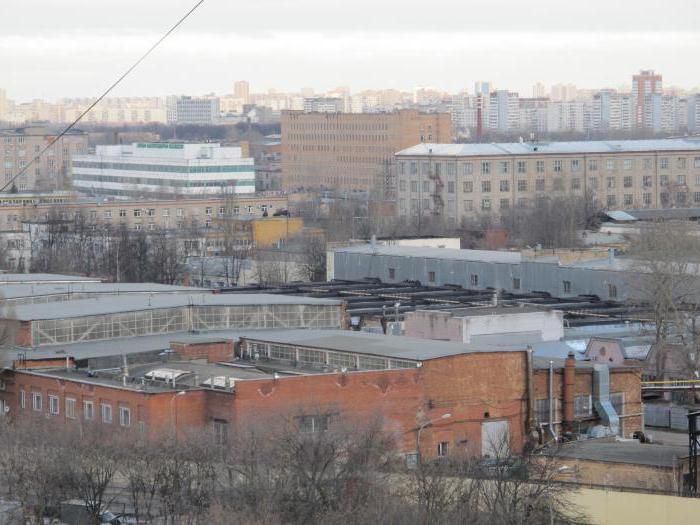 It turns out that Mukhametov did not want to transfer 50 million rubles to Rusenergoholding LLC under the guise of providing a loan without concluding any contract.

It is worth noting that the loan to Rusenergoholding LLC, due to which it has already been decided to exclude an invalid legal entity from the unified state register, was planned to be provided in tranches: 29.8 million rubles until 14.07.2017 and 20 million rubles until 28.07.2017, so as not to attract the attention of Rosfinmonitoring.

But immediately after the dismissal of Mukhametov, large payments were made – more than 100 million rubles. They say that it was signed by Mr. Vedrov. This payment was made at the expense of budget funds that were previously allocated for the implementation of the state order.

It turns out that it is not a very difficult task for investigators to find out where the information about multimillion embezzlement at the Avangard machine-building plant comes from at the time when Mr. Vedrov was in charge there.

And, apparently, first of all it is necessary to deal not with the former General Director Akhmet Mukhametov, who honestly worked at the plant for more than 40 years, but with the figure nicknamed "Shura, saw!".

How to steal a stadium

It seems that it was with the help of Mr. Vedrov that the stadium, which for a long time belonged to MMZ Avangard, was "taken away". As confirmed by the authors on the Pravosudija.net portal, allegedly on the fact of illegal alienation of the factory stadium, the Fourth Department of the Ministry of Internal Affairs (regime division) investigated criminal case No. 222414, which was discontinued after several years of delay! But the damage - which is more than 500 million rubles - was not recovered.

The stadium belonged to the Avangard plant. And for a long time bore its name. Then the form of ownership was changed. The stadium became known as Zenit. 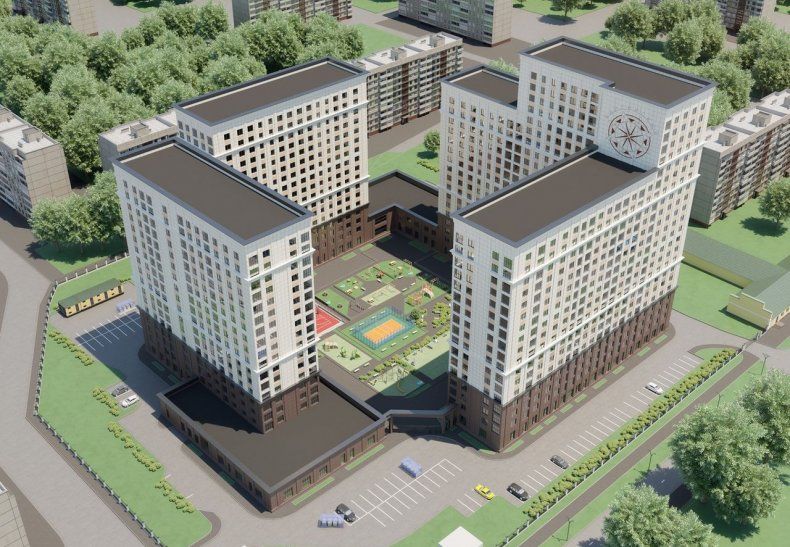 Now, Zenit stadium is owned by the developer Ground Invest. This company is already building the Baltiyskiy residential complex on the site of the stadium. Local residents took to the picket lines against the building. People sent a petition to the mayor of Moscow Sobyanin, in which they pointed out that there was no place for a sports and recreation complex in the entire Voikovsky district. Why destroy the stadium?

Residents also complained to prosecutors. But the Prosecutor of the Special Regime Prosecutor's Office in Moscow, Sergei Ilyukhin, who oversaw the case, did not take any action. He didn't even move his finger.

For those 2 years that "Shura, saw!" was the Director of MMZ Avangard, he managed to deal not only with the factory stadium.

Thus, under Alexander Vedrov's instructions, the founders of Avangard-LIT were forced to give 75% of the authorized capital directly to the plant in order to become an affiliated structure. And to avoid competitive procedures for the procurement of goods. Vedrov himself supervised all financial issues.

In fact, Avangard-LIT LLC does not have any property. Production areas and means of production are leased from the plant, foundry workers at the main place of work are employees of the plant, raw materials for casting products are purchased by the plant (given raw materials).

However, the appearance of affiliation removes obstacles to the competition. And under the guise of the price agreed by the parties for products, in fact, budget funds of the state defense order are allegedly withdrawn, funds are also withdrawn under the guise of issuing various loans and credits, fictitious employment of "their" people under the guise of employees of the enterprise.

They say that Vedrov answered such arguments that the production of Avangard-LIT LLC was experienced, so it did not require licenses.

According to official data, these companies are located on the territory of the enterprise in the security zone: a pass to the enterprise is given only if a person has access to state secrets. 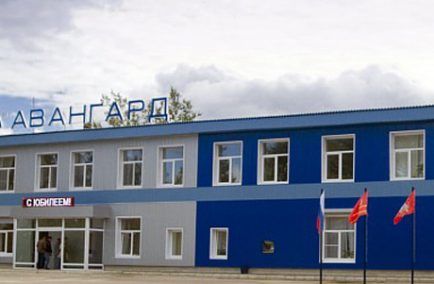 But Mr. Vedrov softened these conditions as well. Suspicion creeps in, all possible illegal activities in the restricted zone of the Avangrad plant could be covered by compliant employees.

This is an ingenious way to improve the pricing system invented by the former General Director of the Avangard plant Alexander Vedrov.

But as soon as the press began to strongly "peck" Mr. Vedrov for his "amateur performance" at the MMZ Avangard, "Shura, saw!" silently left the chair of the General Director of the Avangard plant.

Isn't the burden too heavy? 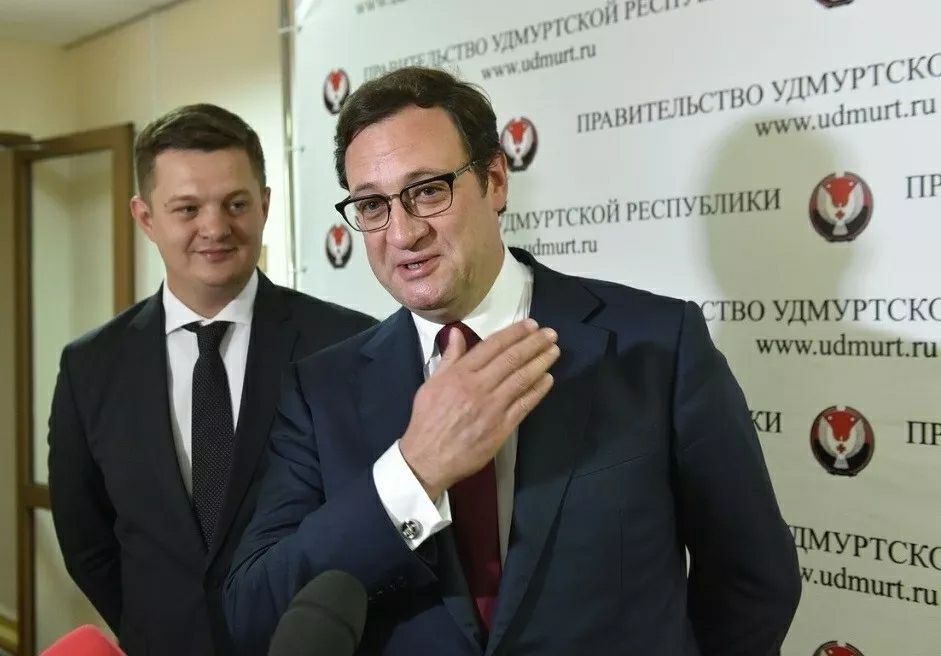 Scientific and Production Association Strela is located in Tula. And it is famous for its criminal cases. So, as Тulskiye Novosti wrote, the Federal Security Service of Russia together with the Ministry of Internal Affairs of Russia in the Tula region during operational search measures stopped fraudulent actions of employees of PJSC Scientific and Production Association Strela O. Agapova, N. Agapova and an employee of Rusalmet LLC V. Radaykin.

It is established that this trio fraudulently stole more than 1.6 million rubles from the Scientific and Production Association Strela.

This amount was stated as expenses of PJSC Scientific and Production Association Strela for the purchase of titanium metal for the manufacture of military products within the framework of the state defense order and export contracts. But in fact, titanium was not purchased. But it was provided with fictitious shipping documents, as well as falsified invoices. 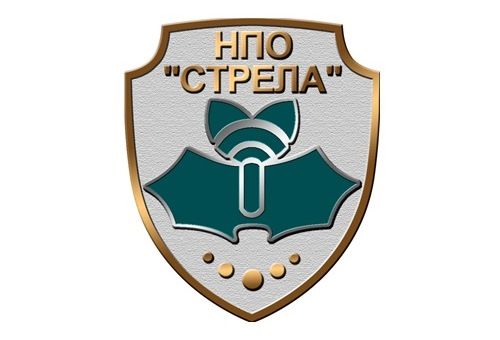 All three were found guilty of committing a crime by Zarechensky district court of Tula. And sentenced to prison.

Alexander Vedrov was again elected Chairman of the Board of Directors of the Scientific and Production Association Strela in 2019.

He always comes only where something is not "nailed down", as at the Moscow machine-building plant Avangard, even if this requires the removal of the former, honored Director, who devoted the company 42 years of his life.