Tariff affection of Vekselberg and Kuyvashev

The head of the Sverdlovsk region decided to raise the payment for communal services, not afraid of new conflicts with the FAS. Was it to help Vekselberg?

As The Moscow Post correspondent reports, relations between Governor of the Sverdlovsk region Yevgeny Kuyvashev and billionaire Viktor Vekselberg seem to be reaching a new level. Apparently, the Head of the region began openly and without hesitation to lobby the interests of the oligarch's structures.

For instance, the idea of raising the utility tariff by 5%, money from which from the pockets of ordinary citizens will accumulate on the accounts of at least T Plus PJSC, controlled by Vekselberg. This looks like a kind of friendly help, considering that recently the businessman has been losing the prospects of possible contracts, and the situation around Cyprus is straining his nerves, because the businessman has stocks in a Cyprus Bank.

And it may well approve that. And the key figure of Vladimir Grishanov is one of the reasons.

At the height of the tariff war

Vladimir Grishanov is currently listed as acting Chairman on the REC website. It is noteworthy here that Yevgeny Kuyvashev appointed an official to the post without approval from the FAS of the Russian Federation. Now the Antimonopoly Service insists on removing Grishanov from his post, as Ura.ru reported.

Also, according to the calculations of the FAS of the Russian Federation, since 2016, residents of the region have overpaid billions of rubles on tariffs. According to the Federal Service, in recent years, the Sverdlovsk REC has grossly violated the law on state regulation of prices and tariffs. Grishanov was personally responsible for all violations.

The FAS initiated one of the most high-profile proceedings in 2018. Then, after an audit, it turned out that the REC set incredible tariffs in the electricity, heat, water and sanitation sector for two years - from 2016 to 2018. 20 tariffs were found to be inflated. FAS has cancelled them, reported Rossiyskaya Gazeta reported.

Head of the FAS Igor Artemyev asked Governor of Sverdlovsk region Yevgeny Kuyvashev to monitor the situation. But the tariffs did not change, and Grishanov was fined 1 million rubles, reported Ura.ru.

Grishanov's departure is not in their favor, because before that, he did so well with setting the necessary tariffs for Vekselberg's structures. In addition, some media wrote that Grishanov successfully interacted with former Chairman of the Government of the Sverdlovsk region Denis Pasler, who was part of the oligarch's team. After the latter's resignation, the Head of the REC was criticized by deputies, businessmen and the regional administration of the FAS.

Now Yevgeny Kuyvashev's lobbying for raising tariffs seems to provoke a conflict again. Or is he pressured by Vekselberg, who needs funds?

Failures in the Sverdlovsk region

Grishanov could still provide a service in lobbying the interests of Vekselberg structures in the conclusion of major contracts. For example, in 2017, the Federal Antimonopoly Service for the Sverdlovsk region recognized the existence of collusion in the market for heat transfer services in Nizhnyaya Tura between the Regional Energy Commission under the leadership of Vladimir Grishanov, the city administration and T Plus PJSC, as Kommersant wrote. 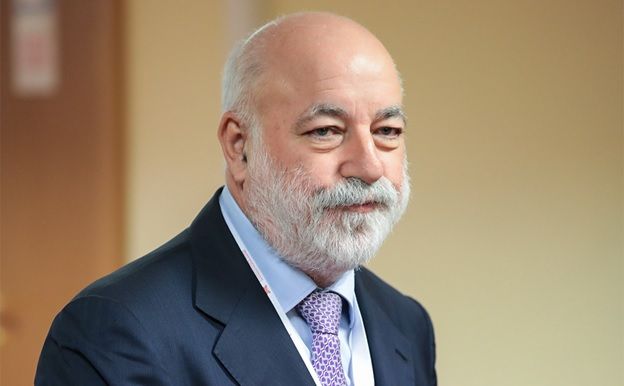 Vekselberg hasn't had any luck lately

Against the background of the conflict with the FAS, Kuyvashev apparently decided to hold back many of the concession contracts that Vekselberg had counted on in recent years. For example, a concession on the property of the largest Yekaterinburg enterprise named Vodokanal could become a tasty morsel. Its revenue amounted to 4.2 billion rubles for 2019, besides the company has an investment program for 72 billion rubles, funds are received both from the budget and from the investment supplement to tariffs.

RCS controlled by the Renova GC could be a concessionaire. Twice – in early 2018 and early 2020 - the company declared its readiness to participate in the competition for the right to conclude a concession agreement.

But the mayor's office at first delayed this idea, and then completely changed its mind. Similarly, events developed around the preparation of a concession agreement for the management of the property of the  Vodokanal of Nizhny Tagil, as the Oktagon publication reported.

But there was also a wave of complete understanding between Kuyvashev and Viktor Feliksovich. The fact that at one time the entire energy sector of Yekaterinburg came under the control of Vekselberg is worth regarding.

At the request of the Governor, the creation of a Unified heat supply company was initiated, which united the assets of the MUE Ekaterinburgenergo and then KES-Holding Vekselberg, as Znak wrote.

It took two years from the idea to the completion of the merger process (in 2015). During the merger, it was said that Kuyvashev agreed to pay 70% of this "utility project" from the budget and at the same time also give "utility powers" to the structure of KES-Holding, as was written earlier by The Moscow Post.

Another important asset was transferred thanks to the participation of Kuyvashev. Thus, in 2016, the Airports of Regions company, which manages Renova's airport assets, completed a deal to purchase the remaining stocks of Koltsovo International Airport. Another 17.28% of the authorized capital came under the control of shareholders (this share was on the balance sheet of the Development Corporation of Sverdlovsk Region, controlled by the Government of the Sverdlovsk region), as RBC wrote.

After the deal, Kuyvashev called Vekselberg's structure "the best owner for the asset". Best for whom? The Governor's pocket?

Now Viktor Feliksovich is having not the best of times. In the spring of 2018, he appeared in the sanctions list, which immediately affected the value of assets and led to significant risks for the multi-layered business of the oligarch. One example, last autumn, the oligarch's company named Lamesa Investments Limited failed to receive interest on a loan that was issued to the Synergy Bank (Britain). Vekselberg's money remained in the bank.

But the reason of headaches is not just sanctions and pandemics. Now the tax conflict between Russia and Cyprus is creating serious problems. Beginning with August 3, the Russian Ministry of Finance begins the procedure for denouncing the double taxation agreement with Cyprus. This is due to the March order of President Vladimir Putin to introduce an increased tax on dividends, that are withdrawn to accounts abroad, as the BBC wrote.

Ministry of Finance estimated that more than 1.4 trillion rubles were withdrawn to Cyprus in 2018, and more than 1.9 trillion rubles in 2019. The rate for paying dividends in Cyprus can be 5% - 10%, and on interest on loans - 0%.   Ministry of Finance suggested that Cyprus raise the rates to 15%, which Putin spoke about - both on dividends and on interest. But negotiations with Cyprus were not successful, as was written by Vedomosti.

What about Vekselberg? Viktor Feliksovich is the largest shareholder of Bank of Cyprus according to Forbes. Now it looks like cutting "offshore forest".

It is possible that now Viktor Vekselberg is very closely looking at how to correctly "squeeze" more money, at least as part of establishing a tariff policy for himself. And in this regard, the Head of the Sverdlovsk region, seems to help him.