The confrontation between Sergei Sobyanin and Mikhail Mishustin for the role of a possible successor to the presidential post is gaining momentum. Will sparks fly if the Mayor of Moscow is appointed Deputy Prime Minister?

As the correspondent of The Moscow Post reports, the day before, the co-chairman of the working group on the preparation of amendments to the Constitution, State Duma Deputy Pavel Krasheninnikov spoke about an interesting legal detail. Answering questions from the Ura.ru publication, he said that, it turns out, the possible combination of the positions of the Head of the subject of the Russian Federation and the Deputy Prime Minister of the Federal Government does not contradict the law.

Few people paid attention to this, but in the context of the upcoming transit of power, which experts are gossiping about, this opens up opportunities for the Mayor of Moscow Sergei Sobianin. In this logic, he can combine the positions of Mayor of Moscow (as a subject of the Russian Federation) and Deputy Prime Minister of the Cabinet of Ministers. The Government of the Russian Federation is a "springboard" to the presidency. Sobyanin's appointment as Deputy Prime Minister would mean a "clinch" between him and another possible "successor" - Mikhail Mishustin, who, like Sobyanin, is credited with presidential ambitions.

The president likes a system of checks and balances, when none of his subordinates can be too much strengthened at the expense of the other. This means that if Sobyanin is appointed Deputy Prime Minister, sparks will fly between him and Mishustin in the Cabinet of Ministers - they will show who is more worthy of it.

At the end of last week, Mikhail Mishustin approved a new structure of his Office, which is more like a "shadow" Cabinet of Ministers than a system of "drive belts" for implementing Government decisions.

In the new structure there were both people loyal to Mishustin, who have worked with him hand in hand for many years (Dmitry Grigorenko - Chief of Staff, Deputy Prime Minister Alexey Overchuk and others), and those who can be attributed to the conditionally "Sobyanin" group. We are talking, first of all, about people who previously worked closely with the former Vice-Mayor of Moscow, and now Deputy Prime Minister Marat Khusnullin - Director of the Department of Regional Development Vasily Anokhin and Director of the Department of Construction Maxim Stepanov.

Marat Khusnullin was supposed for many years as a member of "Sobyanin’s team". It was believed that he represented the interests of the former Chief of the Mayor's Office, and this may be a manifestation of the very "system of balances". Significantly strengthening his own Executive Office, Mishustin could be imposed conditionally "Sobyanin-Khusnullin" party, which will not allow the Prime Minister to strengthen his influence beyond measure.

The fact that there is an unspoken rivalry between Mikhail Mishustin and Sergei Sobyanin was clear long before that. Last year, it unfolded along the line of opposition to the coronavirus, which we will speak about  later. But it's important to understand the context. After all, the Mayor of Moscow in 2019 was called the main contender for the post of Head of Government. However, this position went to Mishustin. Allegedly, in the interests of "containment" - by that time, the capital's Mayor had gained solid political capital.

Immediately after the formation of the new Cabinet of Ministers with Mishustin, rumours began that Medvedev's people were allegedly dismissed in batches - barely giving time to collect personal belongings. That is, the clearing could be done for the people of the Prime Minister, and this process lasted for a year and ended only last week with the approval of the new structure of the Executive Office. 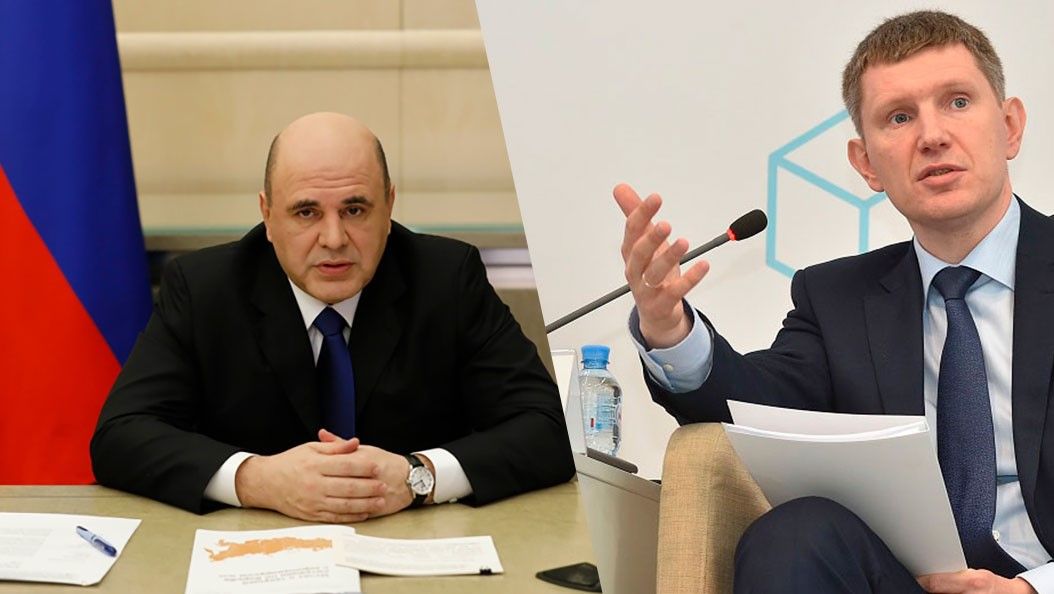 Was "scolding" towards Reshetnikov one of the first public manifestations of the Executive Office struggle of Mishustin and Sobyanin?

Meanwhile, the Government included a number of conditionally "Sobyanin ones". Khusnullin has already been mentioned, but the current Head of the Ministry of Economic Development Maxim Reshetnikov has become another one. The clinches against the Sobyanin ones line took place in the Government in 2020. Already in April last year, Mishustin subjected Reshetnikov to sharp criticism because of preferential lending to businesses. This was written by Kommersant.

But the confrontation between the Prime Minister and the Mayor began even earlier - in March, when quarantine measures against the coronavirus were discussed. Even before the introduction of total self-isolation in Moscow, top officials argued about the need for tough measures in the capital and in Russia as a whole. Forbes writes about this.

Sobyanin from the very beginning insisted on the introduction of tough measures, which was subsequently adopted. Thus, he once again proved himself a man of business before the Head of state and citizens.

In comparison, Mishustin looked like a confused theorist and a simple technocrat, as his detractors tried to present him. Who until recently considered the risks, while all over the country people were dying from the disease.

However, Sobyanin did not play on this field without "fouls". Spiteful critics tried to present his decisions almost as an attempt to create a "digital camp" on the territory of the capital. We are talking, among other things, about the well-known application "Social Monitoring", which was developed specifically to monitor the movements and actions of people in Moscow.

The app cost the budget 180 million rubles, some of which could have been banally cut. During the pandemic, the program constantly failed, but collected fines from the population. This was written by Octagon. And it collected a total of 200 million rubles, which caused acute discontent in the capital and played into the hands of the moderate Mishustin.

In addition, Sobyanin's decisions were criticized for allegedly ruining business, and this is another line of confrontation with the Mishustin Cabinet. Much was said about the alleged unconstitutionality of the decisions taken, about the lack of powers of Sobyanin (even as Head of the working group of the State Council) in order to seriously restrict the rights of citizens.

It got to the point that the decrees of the Mayor and the Head of the working group of the State Council on combating coronavirus for a long time were allegedly not discussed in the "Mishustin" tops at all. And then a scandal broke out when the Prime Minister instructed to check the decisions of the Mayor. This was written by Tsargrad. Also, the verification solution is available on the website of the Government.

This became a precedent for at least the last ten years. At the same time, Mishustin himself, exposing Sobyanin's actions to criticism, could not offer a clear alternative, but received "points" on Sobyanin's failures. Not to mention the fact that in April 2020, he himself managed to get infected with the coronavirus, despite all the precautions taken for state leaders (the need to pass quarantine before large meetings, etc.).

First Deputy Prime Minister Andrei Belousov remained acting as his Deputy, and experts put him in the Sobyanin, Medvedev, or any other category. But the decision on Belousov was publicly supported by the President - another evidence of the tacit system of "checks and balances".

However, Mishustin played back on his own field, demonstrating to the Head of state that "prohibition" is not the only weapon in his arsenal (again, in defiance of Sobyanin). In June, he signed an order abolishing the requirement to provide numerous certificates for receiving social payments in connection with the coronavirus. This was written by Gazeta.ru.

And at the end of 2020, the same Mishustin instructed to provide medicines to those who are treated for COVID-19 at home. In addition, on his instructions, the Ministry of Health assessed the situation with the availability of medicines for such patients in all regions of the country.

Summarizing the coronavirus and Executive Office struggle, both likely successors should have leveled off in the eyes of the Head of State and officials of his administration. And this makes a logical move with the appointment of Sobyanin as Deputy Prime Minister while continuing to lead the capital.

In 2021, elections to the State Duma will be held, and Sobyanin's appointment, if it is, can be made just for them. And the new line of confrontation between Mishustin and Sobyanin will be the election campaign in Moscow and the regions. And elections are always a clinch, conflicts and fried. Whoever comes out of this struggle as a winner is most likely to be supported by the President in the elections in 2024.