Strukov with a payment is red

Against the background of rumors about the possible presence of colossal assets and real estate in the West, the Chelyabinsk oligarch Strukov faces billions of dollars in losses and bankruptcy.

According to the correspondent of The Moscow Post in the Chelyabinsk region, clouds thicken over the richest man in the region (and at the same time a prominent politician, deputy chairman of the Legislative Assembly of the region Konstantin Strukov). On the eve it became known that one of the largest counterparties of its gold mining holding UGK, namely, the ISS engineering company, through the courts, is trying to seize tens of millions of rubles from Strukov.

Both structures have been cooperating for quite some time, but in the light of the last serious problems of Konstantin Strukov's business, a black cat seems to have run between them. The conflict erupted around a general contract agreement for 160 million rubles, according to which the ISS Group of Companies (a key beneficiary and director - Maxim Zagornov) assumed obligations to carry out a series of engineering work at the Svetlinsky GOK owned by UGK JSC. The latter is located in the Plastovsky municipal district of the Chelyabinsk region.

According to Pravda UrFO, the ISS banally did not receive a full settlement from UGK Strukov after the work. Accordingly, the structure of Zagornova sued and won - UGK was obliged to transfer 74 million rubles of debt and more than 18 million rubles of penalties.

The appeal supported the same decision, but Strukov does not intend to give up. His lawyers filed for cassation. At the same time, UGK itself filed a lawsuit, trying to recognize the general contract agreement with the ISS Group of Companies as invalid, citing some "bonded conditions." Did Mr. Strukov's managers not know what they were signing up for?

Strukova's company lost those proceedings in two instances at once. The decision of one of them on the claim of the UGK can be viewed here. 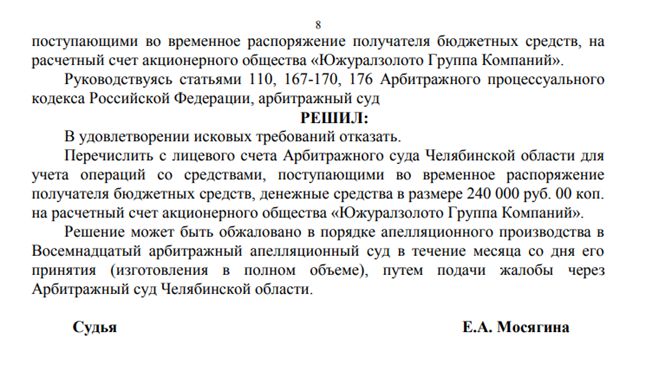 In courts with MGK, Strukov is not lucky yet

We are interested in the background. After all, if everything is exactly as it is written in the media, it turns out that Mr. Strukov received all the work ordered from the ISS, but refused to pay in full for them, and then tried to invalidate the contracts with the counterparty? Interim - proceedings are ongoing.

Suggestions as to why Mr. Strukov might have done so may only puzzle those who hear about Mr. Strukov for the first time.

By and large, his possible reluctance to pay the bills can be understood - now Strukov's business is in a deep crisis, he is facing multi-billion dollar claims from the Federal Tax Service, as well as claims from other control and supervisory authorities. In this situation, he seems to want to count every penny.

Just recall that back in September 2020, at the request of the Federal Tax Service, as part of the bankruptcy process in the Kemerovo region, the funds and property of Konstantin Strukov and Evgenia Kuznetsova (presumably his daughter) were seized within 1.5 billion rubles. About this wrote the portal Pravda UrFO.

Another series of claims by fiscal authorities is to the Chelyabinsk Coal Company (CHUK), which has become famous for a series of environmental problems and disasters. Recall that this is the same structure belonging to Strukov that processed the Korkinsky coal mine in the middle of the zero years. And when it was worked out, she allegedly abandoned him to his fate, without conducting a full-fledged land reclamation. About this wrote Lenta.ru

It's all about people who live near the incision and are forced to breathe coal dust. And also in money, and in state. The problem turned out to be so acute that even the head of state Vladimir Putin was forced to respond to it.

Back in 2019, the Business Quarter wrote that 6 billion rubles would be spent on the reclamation of the Korkinsky mine. It's been three years. Well, where's the reclamation, where's the money? It becomes even funnier when you find out that Strukov, by the way, is a member of the Committee of the Legislative Assembly on Ecology and Environmental Management... 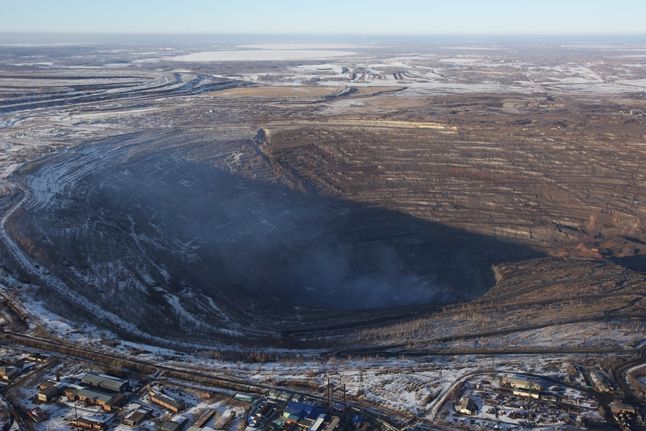 Korkinsky cut and people living nearby were almost abandoned to their fate?

By the way, the project to eliminate the Korkinsky mine is designed until 2042, after which a reservoir should appear there. And it was there, to the troubled territory, that he made his first departure as acting Governor of the Chelyabinsk Region Alexei Texler, who is believed to be in good relations with Mr. Strukov. In addition, Strukov is called one of the key sponsors of United Russia, and not only on the Chelyabinsk scale.

The name Strukov has been associated not so much with his main company "UGK," but with the gold mining holding "Petropavlovsk," the owner of which Strukov became some time ago together with his old partner - also gold miner Vladislav Sviblov. Immediately after that, a major corporate conflict began in the structure, which even had a criminal connotation.

It all began with the cooperation of Strukov with the even more ambiguous oligarch Roman Trotsenko, who first bought a 22.7% stake in Petropavlovsk, and then resold it to Yuzhuralzoloto Group of Companies (UGK) of the Chelyabinsk billionaire. Probably, such a "multi-walker" could be needed then that odious Strukov would hardly have sold Petropavlovsk's direct share?

In February, UGK became the owner of Petropavlovsk convertible bonds by 5.97%, turning into the largest shareholder. Both Maslovsky and other owners began to have serious problems

In the summer of 2020, this conflict entered the public plane. The day after shareholders voted against the re-election of seven current company executives to the board of directors on June 30, members of the board of the gold mining company Petropavlovsk, registered in the UK, asked the local regulator (takeover commission) to conduct an investigation. About this wrote RBC.

The founder of the company, Pavel Maslovsky, was "moved away" from business. Instead, the people of Strukov put Maxim Meshcheryakov. But he almost immediately fell into a criminal scandal. In August 2020, he tried to forcefully penetrate the subsidiary of Petropavlovsk - the Moscow office of the Pokrovsky mine. He was not missed by security, although with Maslovsky there was a support group of young people of dense physique. In the Pokrovsky Mine company itself, this event was later called an attempt at a raider seizure. About this wrote Kommersant. 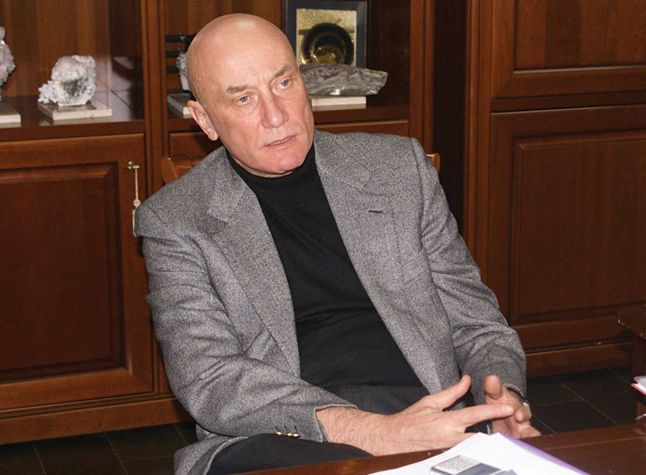 With the arrival of Strukov, Maslovsky (pictured) lost the levers of company management, but received a criminal case

Mr. Maslovsky, who clearly opposed the policy of the new owners of Petropavlovsk Group of Companies, did not stand aside. A criminal case was instituted against him under the article on embezzlement on an especially large scale as a result of one of the transactions. About this wrote Vedomosti. The market believes that the criminal case can be sucked out of the finger not without the help of Messrs. Strukov and Sviblov, in order to "calm" the shareholder dissatisfied with the new policy.

The most interesting thing is that UGK seems to really want problems for Petropavlovsk. Apparently, in order to correct the financial situation of Strukov, who in the UGK is a full owner, and in Petropavlovsk he is forced to reckon with other shareholders. Yuzhuralzoloto filed a lawsuit demanding to challenge the Petropavlovsk Group of Companies agreement with the Stocken Board investment company to sell 29.9% of IRC for $10 m. But the lawsuit was rejected by the High Court of London. About this wrote Interfax.

A house in Montenegro?

It would seem that Strukov should have enough of these problems with his head. But there are more and more. After all, while the Federal Tax Service and other ill-wishers of Strukov are looking for his money in Russia, there is a version that he can own large, but nowhere reflected assets abroad. According to the authors of the Russian Press website, Strukov allegedly violated anti-corruption legislation by becoming the owner of land and mansions in Montenegro for tens of millions of euros. 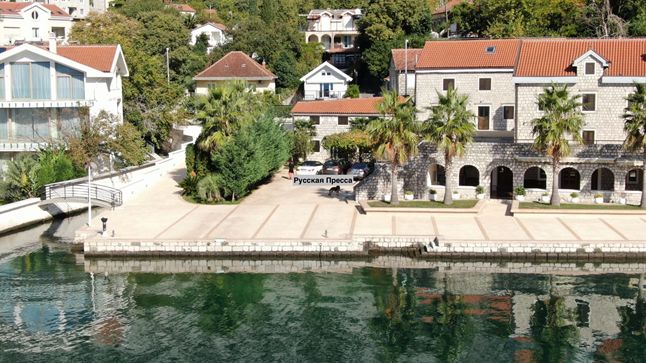 "House" in Montenegro, which is attributed to Strukov

Recall that Konstantin Strukov, with all his problems, is also a deputy of the Legislative Assembly. But does he have time to think about his voters when such an onslaught on the part of control bodies is taking place on his structures?