Storozhuk in court "guards" FAS: oligarch takes out a grudge against antimonopolists on journalists

Governor Natalya Komarova's "favorite" wants to refute the presence of a kindergarten with 550 million rubles, just as at one time he refused Russian citizenship.

In Moscow, the Babushkinsky District Court continues the process initiated by the owner of the infamous Sibpromstroy office.

The man-mountain, as his subordinates call the businessman from Ugra Nikolai Storozhuk, thought for a long time, harboring a grudge against the sharp feathers of The Moscow Post, should I sue? And yet he went to court. And now it requires satisfaction, since, according to Mr. Storozhuk, his honor and dignity are affected, even if you build housing unsuitable for living...

In the statement of claim, Mr. Storozhuk demands not only "repayment" of moral damage, but also material... Craves a million.

Recall that the owner of Sibpromstroy was especially offended by two journalistic investigations "Can Natalia Komarova's swan song come out sideways to Storozhuk?" and "Horse move under the saddle of Natalia Komarova."

But in preparation for the trial, Mr. Storozhuk acquired not only nimble lawyers, but also wise advisers who suggested how to "bend" the OFAS: after all, the monopoly service found many violations in the activities of Nikolai Storozhuk's company. And persistent strides at the OFAS continue, apparently, not without the support of the Governor of Ugra Natalia Komarova?

The Sibpromstroy-Yugoria company has been building not only residential areas, but social facilities for many years. And it builds in a very curious way: under a lease agreement with a minimum fee, Sibpromstroy receives state land. It builds a residential neighborhood and a kindergarten. But the kindergarten should go like a load, that is, free of charge. And Sibpromstroy sells apartments to the state under the resettlement program. And the kindergarten passes under another program, receiving a lot of money: one of the kindergartens was commissioned for 550 million rubles. 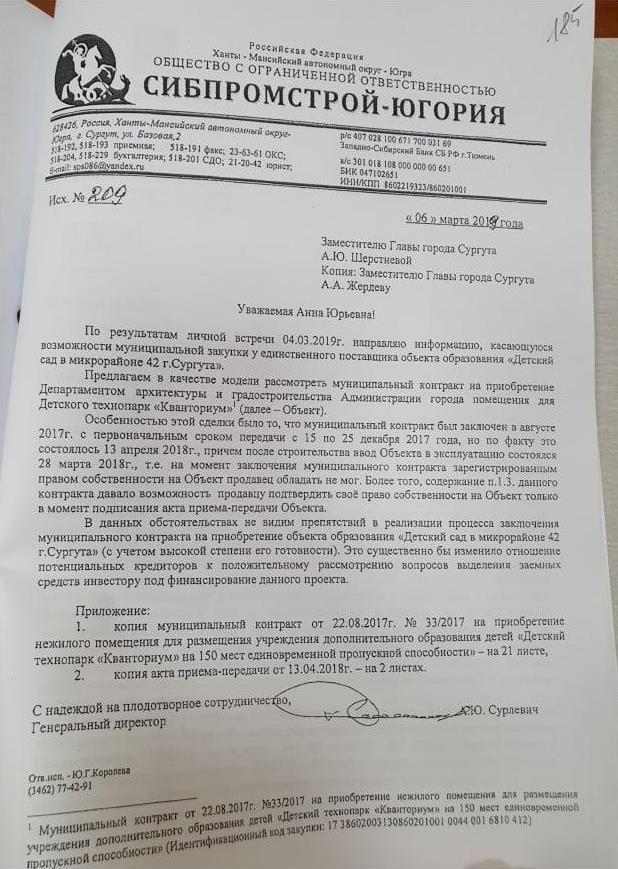 Thus, the "navar" is constantly huge. 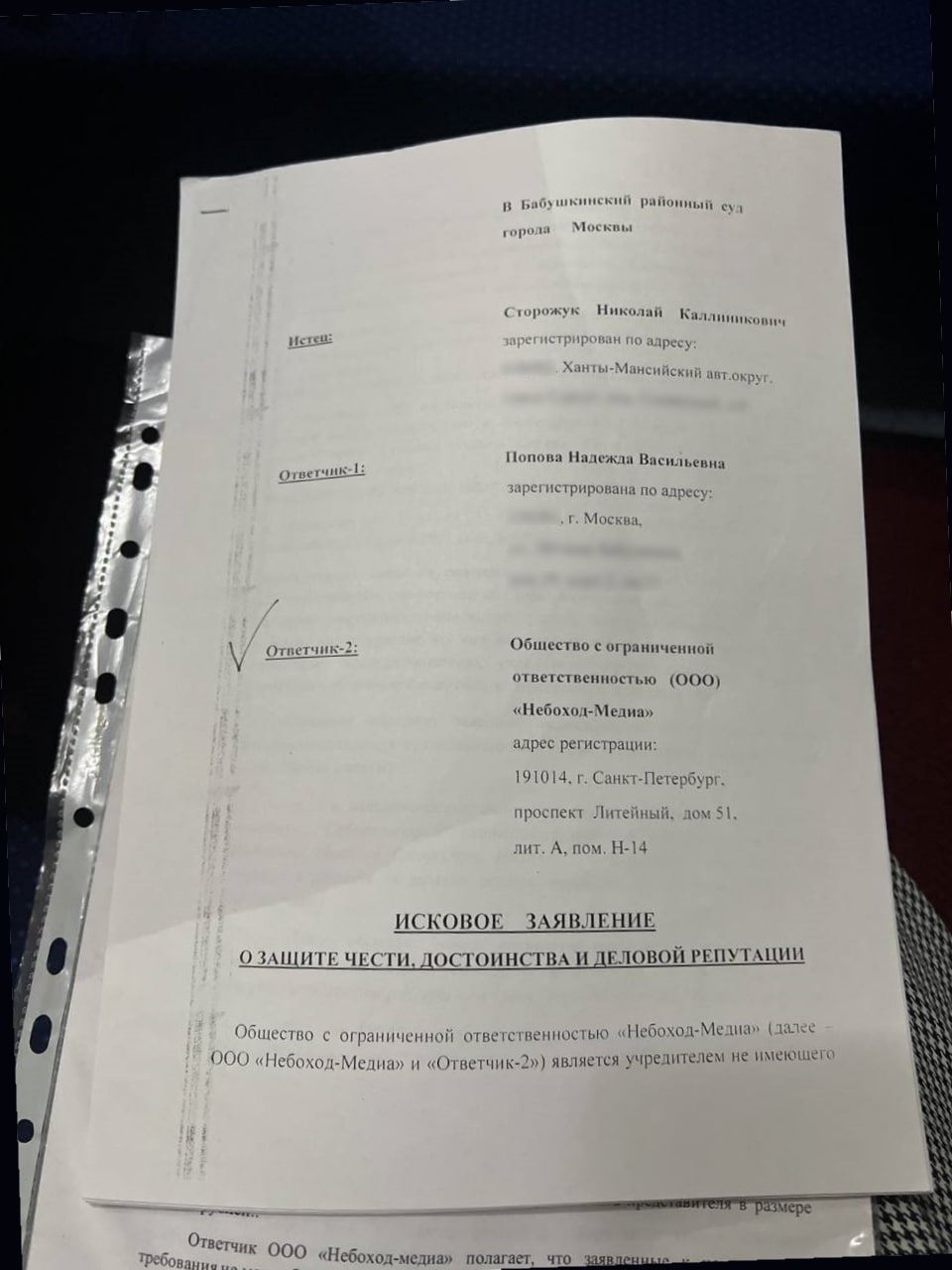 OFAS suspects the developer of violating the federal law "On Competition." There were several cases in court. The FAS also suspects the administration of Surgut, Surgut region and Nefteyugansk of collusion with Sibpromstroy.

But Governor Natalya Komarova, who has long supported Mr. Storozhuk in every possible way, notes these accusations.

But, according to Governor Komarova, the position of the FAS casts doubt on the legitimacy of programs for the construction of social facilities not only in Surgut, but throughout Ugra. 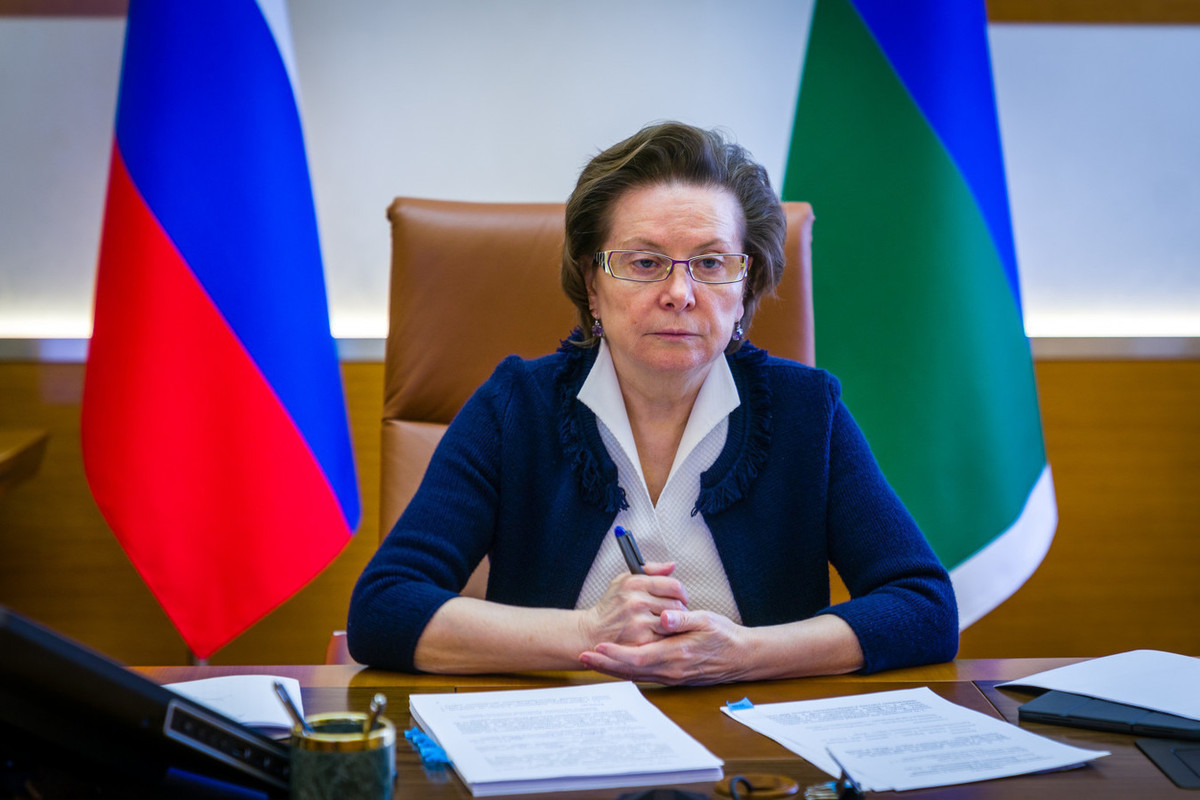 At the disposal of the developer today there are 10 more land plots, work is already underway on the construction of social facilities. The company "Sibpromstroy-Yugoria" is allegedly ready to abandon them free of charge.

The reason for such a radical decision was precisely the attention of the FAS to the mechanism of cooperation with the government of Ugra. 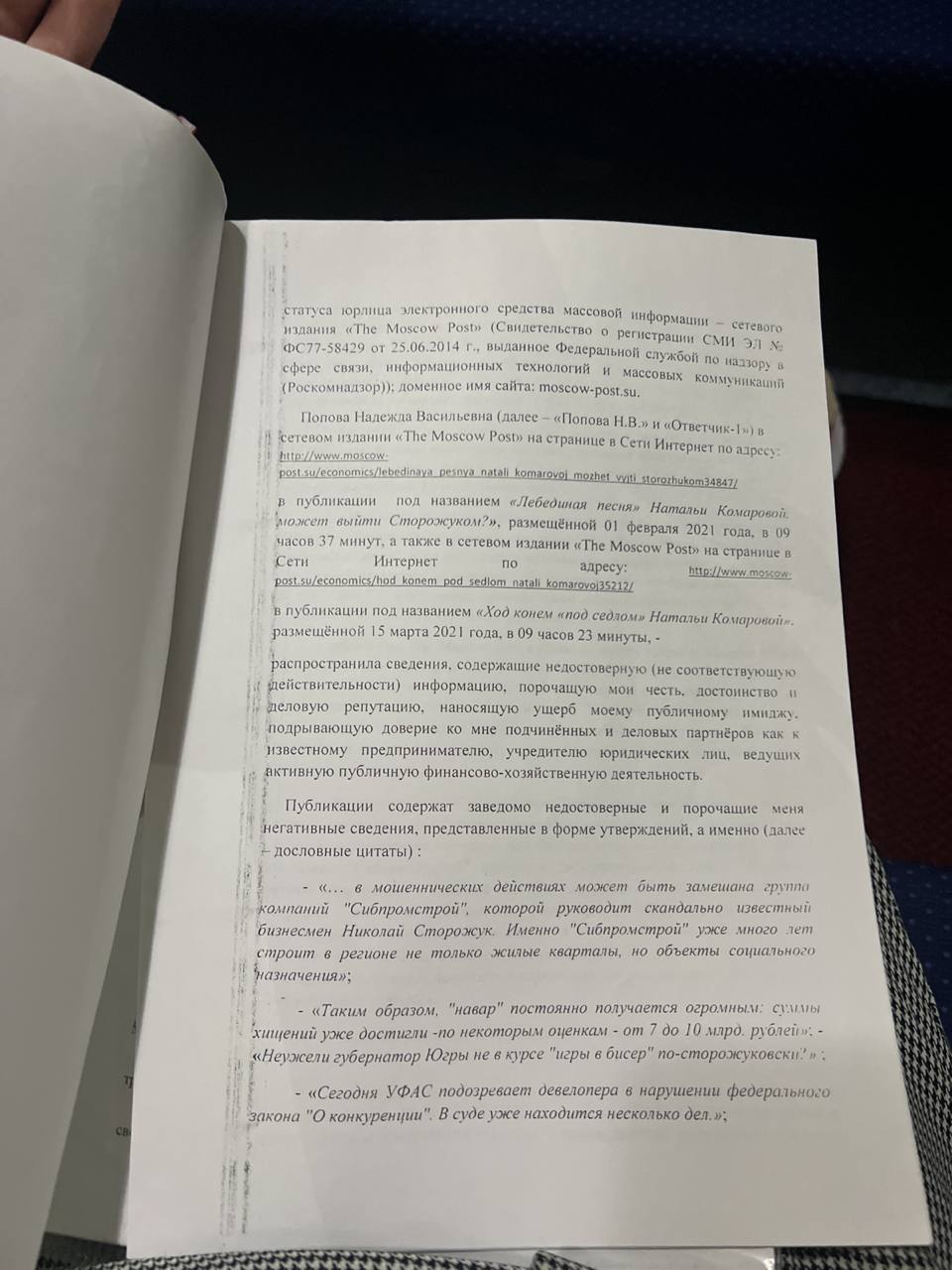 And how did the whole thing turn around? And why did the OFAS intervene in the construction? It turns out that house prices in Surgut were very high.

This was the reason for the initiation of a case against Sibpromstroy under the article "On Protection of Competition."

But the signal from the FAS seemed to go unnoticed. After 5 months, the company received another comment from antimonopolists: Sibpromstroy then announced a reduction in the pace of housing commissioning by 80% of the planned. 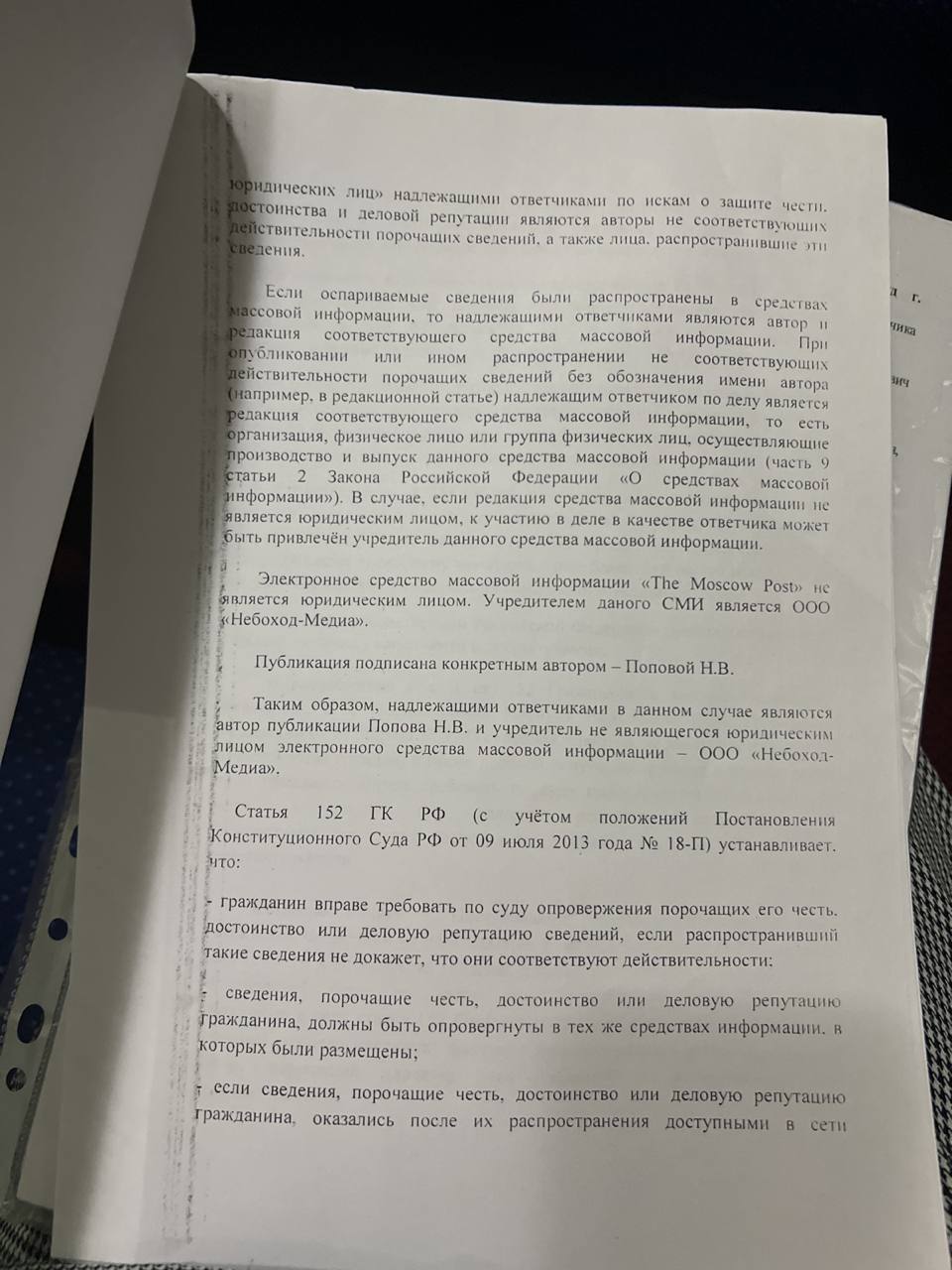 According to Nikolai Storozhuk, this was due to fines from the OFAS, which accused Sibpromstroy of monopolizing housing prices. And allegedly the fines turned out to be so large that the completion of the construction of houses in the 38th microdistrict of Surgut was jeopardized.

But then the storm clouds also passed by.

Although it seems understandable why: Ms. Komarova preferred "not to bite" Nikolai Storozhuk, "Sergei Sobyanin's man," as he is known on the sidelines. But one way or another, Storozhuk's company great framed the governor.

Ms. Komarova, it turns out, can cover Mr. Storozhuk for more than 10 years? 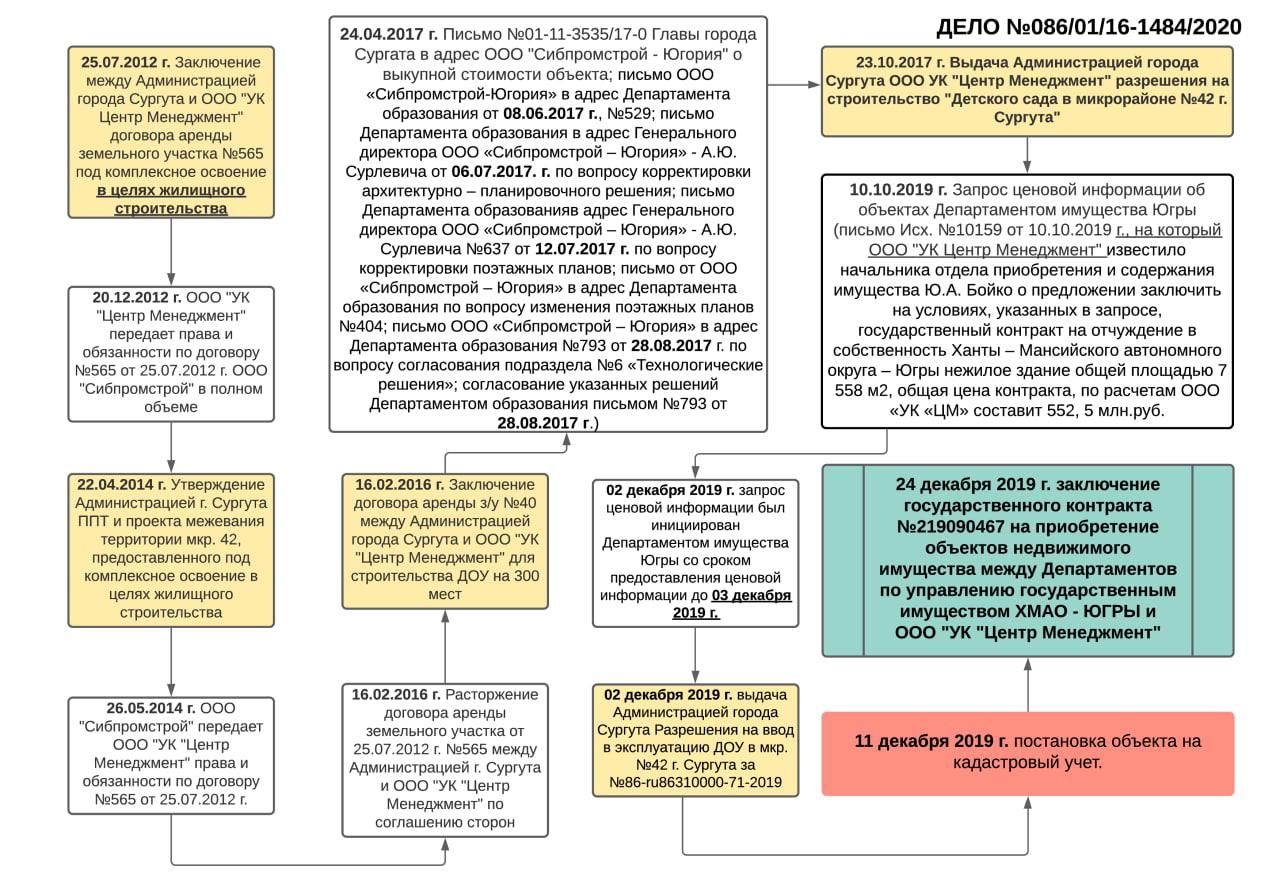 It turns out that the OFAS turned its eye to the structures of the Sibpromstroy-Yugoria company, to the Center Management Management Company. OFAS accused this office of violating the law "On Protection of Competition in Municipal Procurement of Apartments for Immigrants from Emergency and Dilapidated Housing."

Sibpromstroy, together with the Management Center Management Management Company, tried to find a way out of a slippery situation, looking for possible options.

And the scandal turned out to be loud: the companies were accused of cartel collusion!

Storozhuk's people began to actively sue with the OFAS in the Khanty-Mansi Autonomous Okrug-Yugra...

And these swings continue. 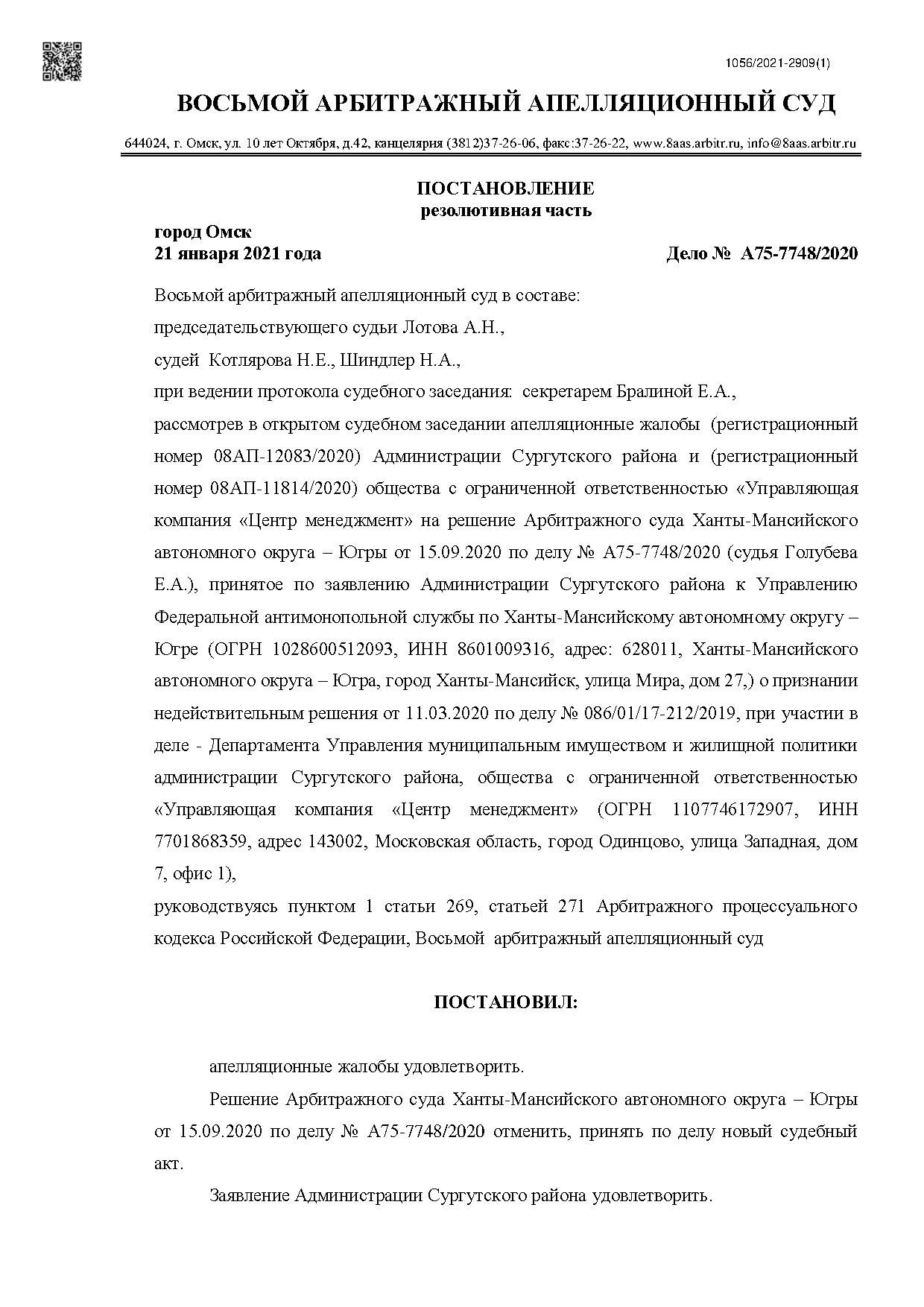 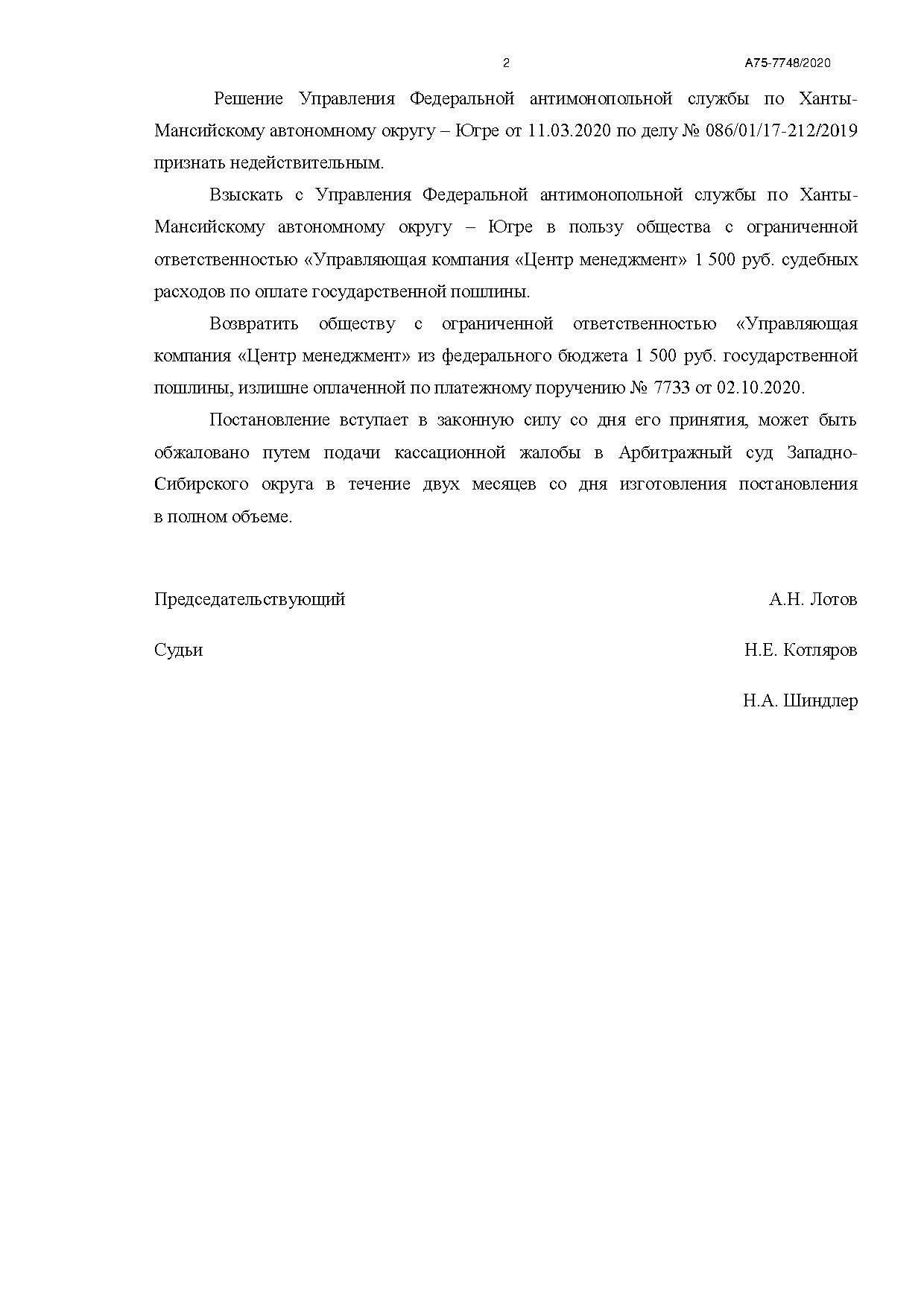 And recently, Sibpromstroy continues to challenge several decisions of the Ugra OFAS in arbitration courts.

The most recent proceedings were at the beginning of this, 2022.

The Arbitration Court of the Khanty-Mansiysk Autonomous Okrug-Ugra recognized the decision of June 11, 2021. OFAS Ugra INVALID!

The decision was made by judge O.G. Cheshkova.

Our people - will we count?

The fact that the Simpromstroy company has been holding on to the construction market of Ugra for a long time speaks volumes: this office has always had a powerful patron. And even a series of scandals did not force Sibpromstroy to leave the market.

A source from The Moscow Post government structures in Ugra believes that the founder of Sibpromstroy, Nikolai Storozhuk, is a good acquaintance of Sergei Sobyanin from ancient times. 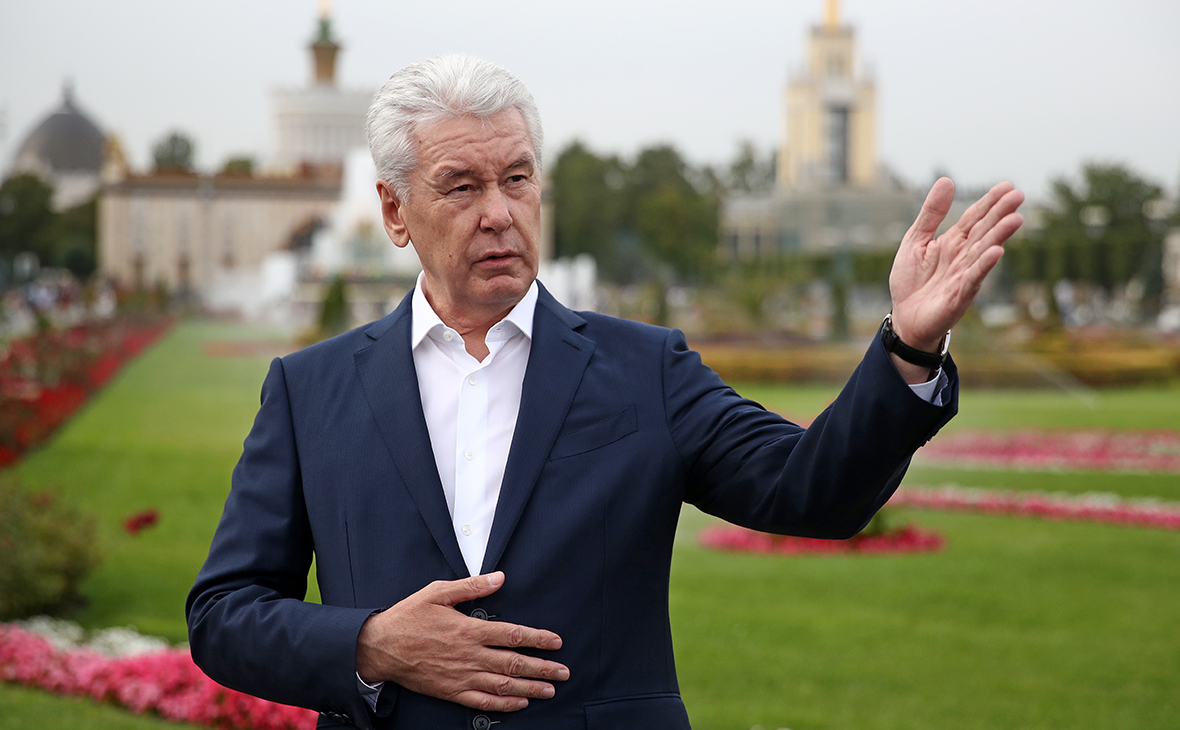 Recall again that Ugra OFAS has repeatedly tried to accuse Center Management and Sibpromstroy Management Company of conspiring with the administrations of several cities of Ugra at once.

According to OFAS employees, local authorities helped Sibpromstroy win the purchase of housing for people from emergency and dilapidated housing at auctions.

But the company assured that there is no unfair competition, and Sibpromstroy and its structures are the only ones who sell housing at prices approved by the regional tariff service.

But municipalities were forced to conclude contracts with a single supplier.

The fact that the management company "Center Management" is by no means a simple company is indicated by the number of contracts: the amount is approaching 20 billion rubles.

The Governor of Ugra met with representatives of the antimonopoly service. True, Ms. Komarova noted the dubious position of the OFAS.

But the OFAS passes verdict after verdict: there are serious violations in construction.

Further, market experts make huge claims to the quality of houses built by Sibpromstroy-Yugoria. They indicate that panel construction technologies used by Storozhuk are significantly outdated.

It turns out that the scandals with Sibpromstroy passed by the Ugra administration for some reason? But it was impossible not to notice them!

It turns out that the governor Komarova quite deliberately covers not very conscientious builders?

Expansion into the Mother See

Nikolai Storozhuk has long dreamed of how to move from Surgut to Moscow, especially since the government of the capital allegedly ordered the company to build 1.5 million square meters. m of housing in New Moscow.

They say that the company has already bought DSK in Odintsovo, which previously belonged to SU-155: capacities allow building 350 thousand square meters. m per year. Probably, there were many applicants for this asset, but for some reason this "gift" went to Mr. Sobyanin's fellow countrymen?

Further, as it turned out, as Nikolai Storozhuk registered three companies in the Moscow region at once. The land was purchased in 2011. It turns out that Storozhuk insured himself?

And entered the construction market of the Mother See after Sergei Sobyanin became mayor? And even began to build something in the suburbs.

But in 2015, the Government of the Moscow Region several times suspended the construction of multi-storey buildings of the Sibpromstroy Group of Companies. They say that this construction was allegedly carried out without permits.

Recall that Nikolai Storozhuk is the founder of 35 companies. And in total, more than 70 companies passed through his hands. Through these one-day firms, money could be "laundered." And then these firms went into liquidation.

Wanted to leave, but thought about it?

There are other notable stories in Mr. Storozhuk's biography.

They say that some time ago he was going to leave Russia according to (apparently, due to the "bites" of the OFAS).

The fact is that Storozhuk comes from Ukraine, from the Vinitsa region. A rather curious story came out with his passport.

It turns out that for 10 years Nikolai Storozhuk could live without an identity document. Back in 1999, he wrote a statement in connection with his departure to the country, which was not named. Allegedly, Storozhuk's mother was also going there.

Presumably, it could be Israel.

What made Nikolai Storozhuk think about leaving Russia? Usually Israel "attracts" those Russians who are not at odds with the law. Storozhuk already had its own business, because Sibpromstroy CJSC appeared in 1994.

But the departure did not take place.

In 2009, Nikolai Storozhuk filed a statement to restore his passport. But the check showed that back in 1999 Storozhuk issued a way out of Russian citizenship. And, thus, as of 2010, he was not a citizen.

This follows from case No. 33-629/2011, which was published by the portal "Search for decisions of courts of general jurisdiction." This was reported by The Moscow Post.

Nikolai Storozhuk was restored Russian citizenship, but the question arises by itself: what passport did Mr. Good live with for 10 years? And how could a person who did not officially have Russian citizenship (and any other) conduct his business?

There is a suspicion that Nikolai Storozhuk has a second citizenship, which may be helping to withdraw millions from the Russian Federation.

The best defense is said to be the offense.... Is that why Mr. Storozhuk became so zealous about suing independent journalists? The next meeting on the claim of N.K. Storozhuk in the Babushkinsky District Court on June 16 this year.