The United Shipbuilding Corporation (USC, General Director Alexei Rakhmanov) in the near future will include another shipyard - namely the company "Sea." It's in Theodosia. Until recently, the shipyard belonged to the Rostec state corporation (head Sergey Chemezov). This is the first news.

Recall that Alexei Rakhmanov, Sergey Chemezov and Georgy Antsev are closely associated with former Deputy Minister of Transport Viktor Olersky, whom evil languages ​ ​ were associated with the name of the vegetable "Brussels cabbage," since in the recent past a high-ranking official had a blue Belgian passport. But today, the "Brussels cabbage" seems to have moved to the "vegetable store." Now, according to the authors of the NEZYGAR telegram channel, the nickname Vitya Kalmar allegedly follows Olersky in the industry on the heels. As if he imagined himself the main shipowner of the Russian Federation. And rowing for itself more and more new assets.

Moreover, the other day, under the chairmanship of First Deputy Prime Minister Andrei Belousov, a meeting of the Presidium of the Government Commission on Transport was held. Much attention was paid to the development of the Strategy for the Development of Inland Waterways as an integral part of the Transport Strategy of the Russian Federation until 2030. Even earlier, Andrei Belousov instructed the Government of the Russian Federation to consider the creation of a single operator of inland waterway infrastructure. They say that in fact the new single water operator can completely copy the analogue of the notorious single road operator Plato, about which so many "teeth" were broken.

The correspondent of The Moscow Post understood the new developments in the shipbuilding industry.

People of Olersky and Timchenko

So, Deputy Prime Minister Andrei Belousov set the task for the Government of the Russian Federation - to solve the issue of creating a single operator of the infrastructure of inland waterways. We are talking about investments in expanding the bottlenecks of the Unified Deep Sea System suffering from shallow water, followed by charging for the passage of cargo ships.

The study of the issue was entrusted to the head of Rosmorrechflot, Alexander Posh (Olersky's man). The work should be carried out within the framework of the National Project for the Development of Inland Water Transport.

The cost of the project is estimated at 790 billion rubles.

The main applicant for the contract is Stroytransgaz, which belongs to Gennady Timchenko.

Recall that earlier it was this company that was engaged in the construction of the Bagaevsky hydroelectric complex in the Rostov region. But it built very unsuccessfully, since the problems of the capacity of the waterway were never solved. But the company received financing of 22 billion rubles. The customer of the project was Rosmorrechflot.

By the way, Alexander Poshivaya, indeed, is called a man from Viktor Olersky's entourage, who himself recently was not only deputy minister of transport, but also the general director of Rosmorrechflot.

Another curious detail: before joining the public service, Alexander Poshivai was the owner of the Arcture Travel company: this office was noted in some cases with the coordination of the ship transactions of the Inflot company Pyotr Parinov and Alexander Glukhov. About this wrote Fontanka. 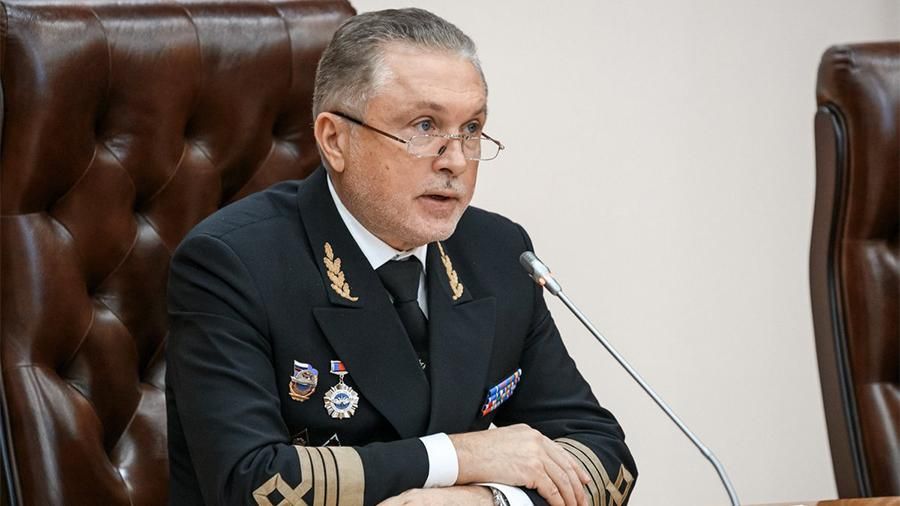 Note that Gennady Timchenko has been working with Rosmorrechflot structures for a long time: the department has concluded contracts with Stroytransgaz for 5.2 billion rubles. He is said to have "his" relationship with Eugene Dietrich, the former Minister of Transport. Today Dietrich heads the GTLK. 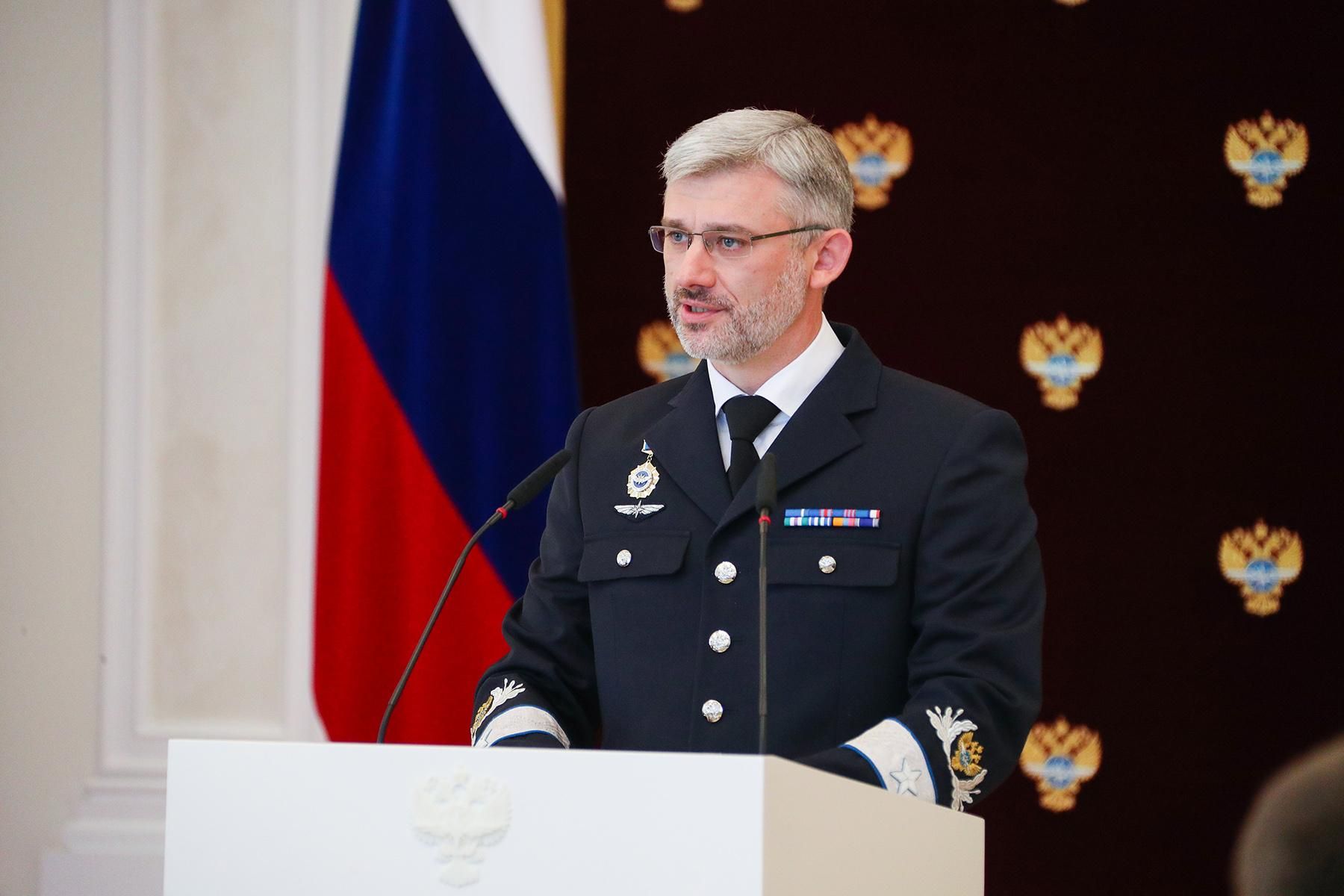 They say that the initiative to clean up Mashpromleasing from USC is only the first stage of the plan to monopolize shipping.

In addition, the pandemic brought a shaft of non-payments under leasing agreements. And the appearance of Eugene Dietrich had to be by the way: bankruptcy, hundreds of built courts and almost closed contracts required urgent restructuring. And shipbuilders will receive it at a preferential 5%, but already for the "bankruptcy trustee" Viktor Olersky, Viti Kalmar, who over the years of work in the Ministry of Transport has become an indecently large shipowner.

The question itself arises: do government officials who work in the Government of the Russian Federation have shorts on their eyes? Has Olersky already lost the verge of intelligent and, like a stingy knight, drags everything into his "chest"?

So, the USC includes the Mora shipyard, which since 2018 belonged to the department of Sergei Chemezov. The timing of the transfer is still unknown.

The shipyard has existed since 1938. The plant specialized in high-speed ships made of aluminum alloys, hydrofoil vessels and hovercraft. The most famous products are the landing cushion ship Zubr. The plant in Feodosia built civilian ships, including recreational Comets. 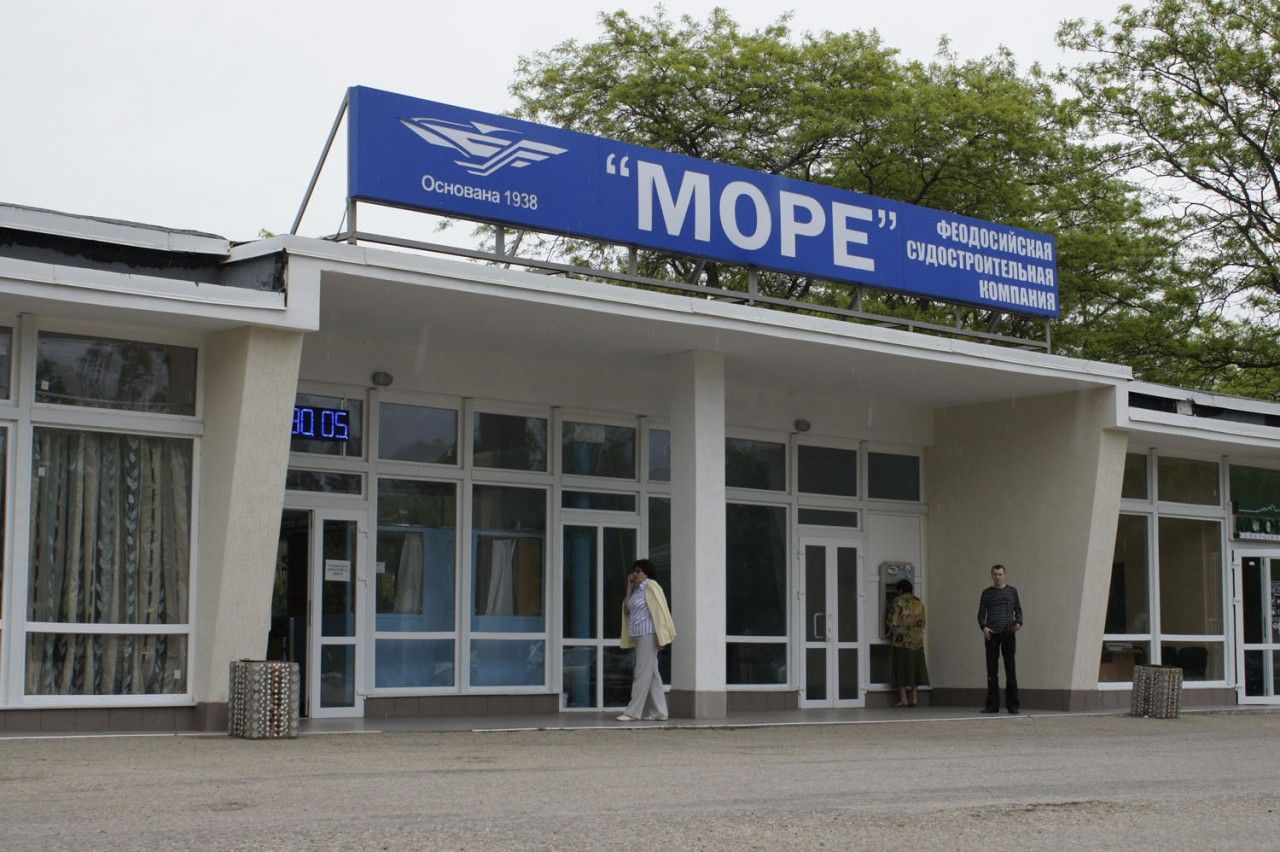 After the annexation of Crimea in 2014, the shipyard was nationalized. In 2015, it was transferred to the ownership of the Russian Federation, and 1 billion rubles were contributed from the federal budget to the capital.

Since 2016, the plant's capacities have been transferred to the management of the Pella shipyard by Herbert Tsaturov. In 2018, the Mora shipyard came under the "guardianship" of Rostec Group of Companies.

In 2020, auditors of the Accounts Chamber noted that due to sanctions, the construction of a boat to eliminate oil spills was not completed: it was not possible to purchase engine parts. But at the Mora shipyard, they announced their readiness to build Comet high-speed ships for the Republic of Cuba.

And the Nizhny Novgorod Central Design Bureau for the SEC named after Alekseeva (chief designer Georgy Antsev) developed a new project for a hydrofoil vessel. 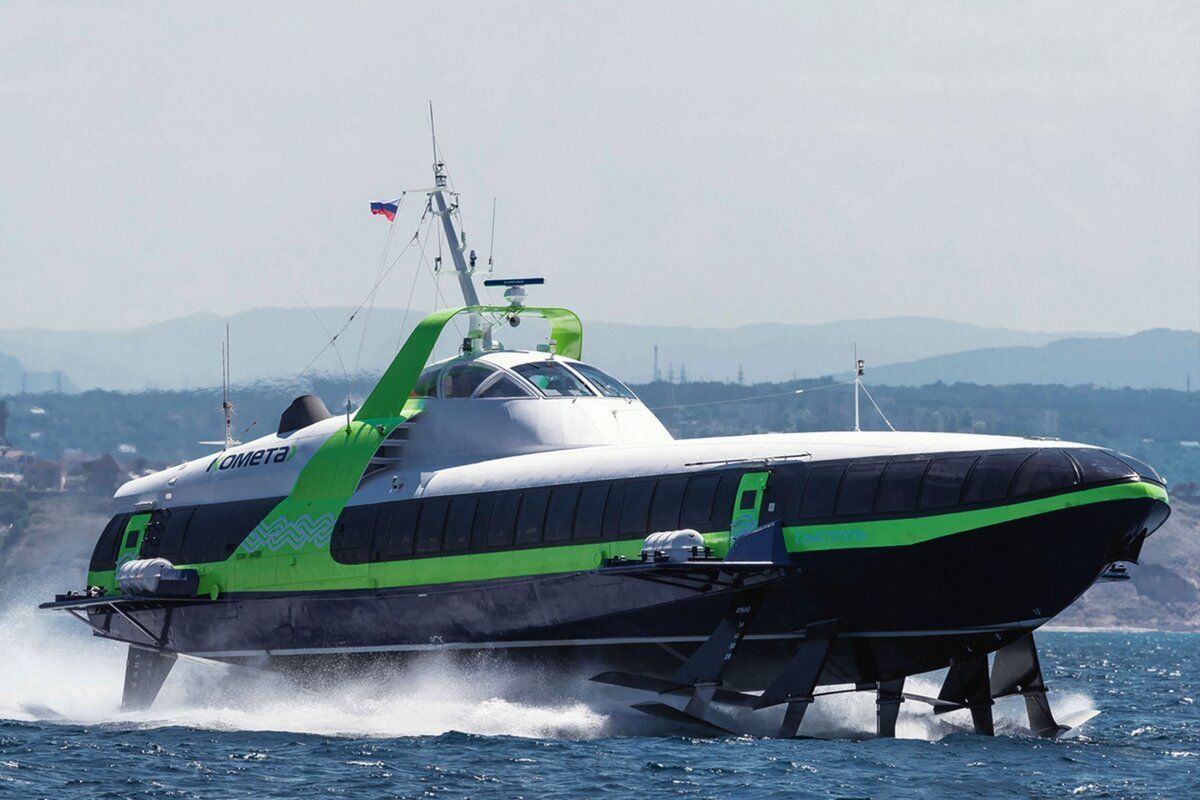 So the "Comet 120M" appeared - by analogy with the Soviet "Comets."

In the state corporation, the decision to transfer the shipyard in Feodosia is called logical: this is a non-core asset for Rostec Group of Companies.

Thus, Rostec Group of Companies refuses the Mora shipyard. And the river cruise operator Vodokhod, to which Mr. Olersky is most directly related, is going to develop the seas - the oceans.

The company "Vodokhod" has already announced that in May it is launching a new high-speed route Novorossiysk-Sochi. For this purpose, Vodokhod buys the Griffin high-speed catamaran and sublists the Comet hydrofoil vessel. And Vodokhod, under the preferential leasing program, has already ordered the construction of another Griffin. This was previously written in detail by The Moscow Post.

Catamaran is promised to be handed over in 2022. About this "Vodokhod" agreed with USC on a program of preferential leasing through the captive company of the state corporation "Mashpromleasing."

An important detail: the already finished catamaran "Griffin" company "Vodokhod" acquires at the Sredne-Nevsky plant. This plant is part of USC. The transaction will be carried out within the framework of funds allocated for preferential leasing.

The Vodokhod company sees a niche in this direction: in the summer, the road from Novorossiysk to Sochi can take all daylight hours, and with the launch of a new route, the distance can be covered in 3.5-4 hours. But if the result of the work of the new line is negative, then the company "Vodokhod" counts on state subsidies. 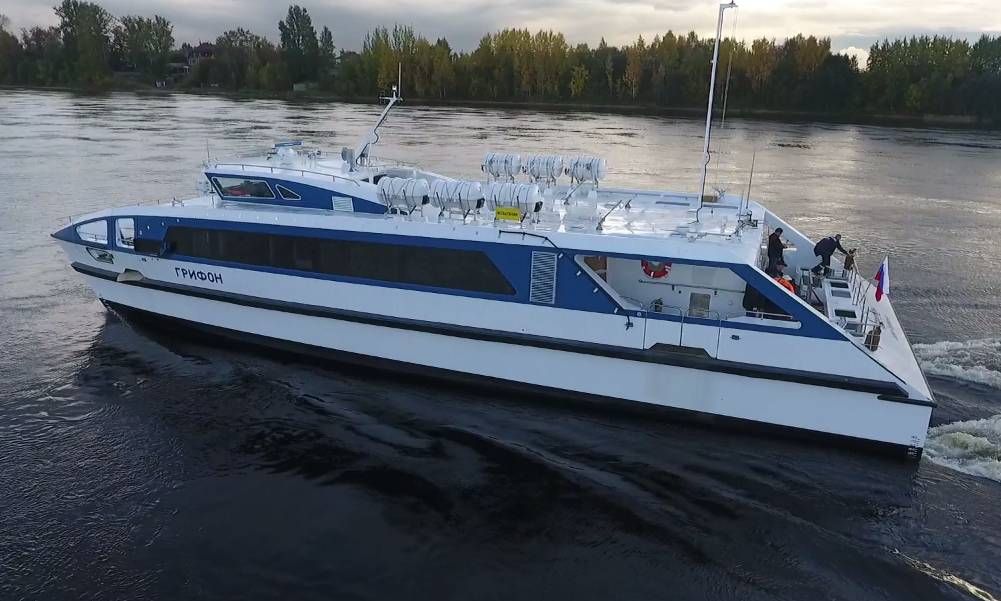 The cost of the Griffin catamaran is about 400 million rubles.

George Antsev is also in business?

As mentioned above, Viktor Olersky is closely acquainted with the general designer of the Central Design Bureau named after R.E. Alekseev Georgy Antsev.

Recall that Viktor Olersky resigned from public office in mid-2018. But, it turns out, he was already interested in the "forgotten" project - hydrofoil vessels. And the leadership of the Central Design Bureau for Hydrofoil Vessels named after R.E. Alekseyev told reporters that she expects to lay down the first hydrofoil vessel in an updated format. And they kept their promise!

TsKB named after R.E. Alekseev had its own production, but during the time of privatization and corporatization, the design bureau lost the plant. The Central Design Bureau was divided into two parts - design and production.

But then USC suddenly transferred the shipyard "Sea" in Feodosia!

But it's not just Mr. Olersky who is aggressively doing business. General designer Antsev is also a bright entrepreneur. About this wrote in detail The Moscow Post. 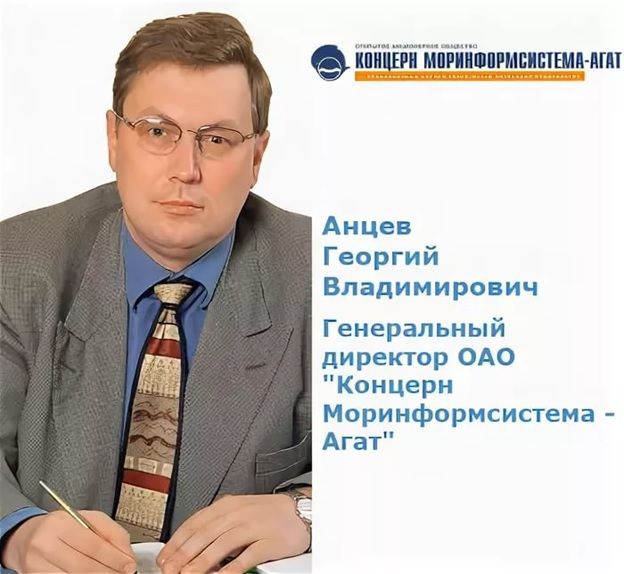 He is the head of three large companies.

And most importantly, Mr. Antsev realized in time what Viktor Olersky wanted from him. Hydrofoil vessels are already walking along routes in the Crimea. 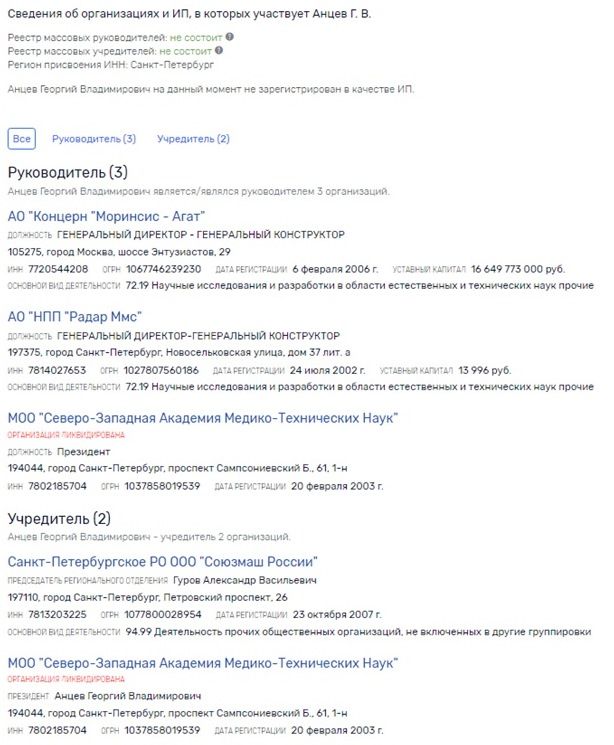 Is it time to pay the debt to Chemezov?

Mr. Olersky, as you know, has his own not only steamboats, but also factories. The beneficiaries of the Nevsky Shipbuilding and Ship Repair Plant (Nevsky GCC) are Olersky and his closest business partner Rishat Bagautdinov. The portfolio of the Nevsky GCC indicates dry cargo ships and ships, tugboats, sea tankers and ice class vessels. Arc4

Recall that at one time USC decided on the main contender for the purchase of the Finnish Arctech Helsinki Shipyard. It was Viktor Olersky and his partner, co-owner of Vodokhod and Pola Group, Rishat Bagautdinov, who became its owners.

After the acquisition of the Finnish company Arctech Helsinki Shipyard, Olersky headed the Board of Directors of Vodokhod. And Olersky became the owner of the company on April 30, 2019. The company's fleet consists of 25 cruise ships, 9 Meteor SEC and 9 Moscow-type vessels.

According to the SPARK-Interfax analytical system, the owner of Vodokhod is Cyprus-based Volga-Baltic Cruise Lines Ltd.

The company "Vodokhod" has already stated that it decided to change the "directions" in its work.

Thus, Viktor Olersky will order a court from USC for 800 million rubles. Did you receive this money from the budget by buying the "sanctions" Finnish shipyard from USC? Is it time to pay the "debt" to Mr. Chemezov?

Apparently, therefore, Mr. Olersky and his partners volunteered to help USC after the imposition of sanctions. Then the corporation owned a foreign asset - the Finnish shipyard Arctech Helsinki Shipyard Ou. But due to sanctions problems, she could not attract additional funding.

Here Mr. Olersky arrived. Almost immediately after his departure from the Ministry of Transport, it turned out that the shipyard was transferred to the ownership of the cruise operator Algador Holdings Ltd, whose owners were called the owners of the Nevsky GCC.

The formal owners of offshore are Olersky's companions - the already mentioned Rishat Bagautdinov and Vladimir Kasyanenko.

Rishat Bagautdinov today is the general director of Vodokhod LLC. Kasyanenko used to be a co-owner of the Tuloma Marine Terminal, before the offshore Kapstans Holding Limited became the new owner.

And this offshore today includes several more companies: all of them are large recipients of state contracts.

This offshore empire, as evil languages, can be spoken by Mr. Olersky. The key asset of Viktor Olersky, in which he is the chairman of the board of directors, is the already mentioned company Vodokhod, 100% recorded on the Cypriot offshore Volga-Baltic Cruise Lines Limited.

It is noteworthy that the fully offshore company has 71 million rubles in its portfolio of government orders. And many of these contracts were obtained before Olersky left the Ministry of Transport of the Russian Federation. 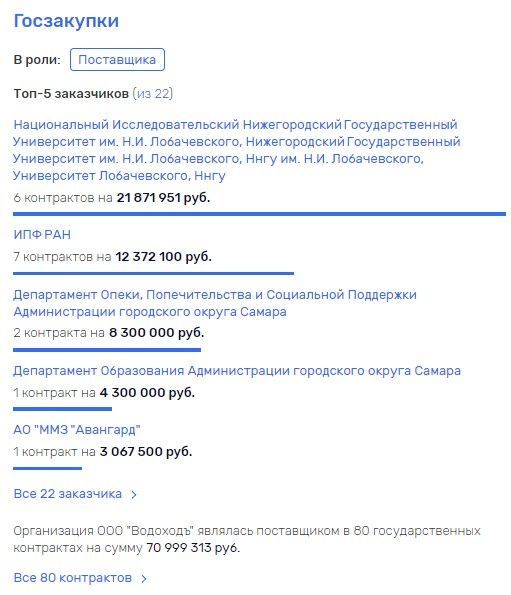 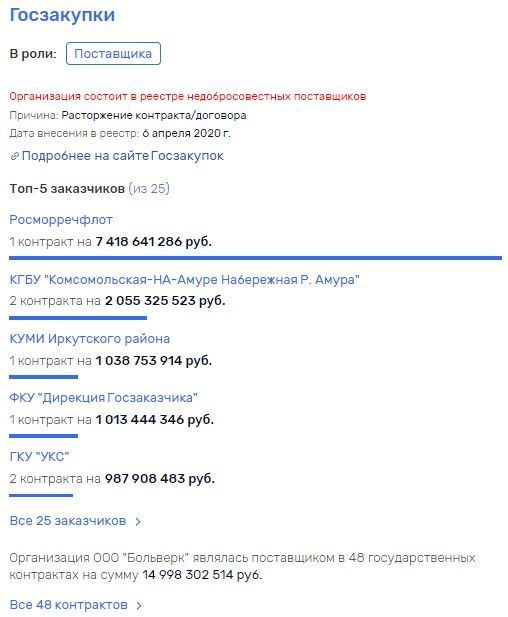 Apparently, all these contracts were concluded purposefully. This conclusion was reached by the interim manager of the company after the introduction of bankruptcy proceedings: he demanded to hold managers and owners accountable. But no one bore any responsibility! Olersky did not touch at all.

What are the conclusions? In the near future, the water transportation market may change beyond recognition, so panic is on the shipping market.

The offensive is on all fronts: while the Rotenbergs lobby for a water analogue of the Plato system, it motivates this with the need to combat the problem of "narrow rivers," their loyal friend, former transport minister Yevgeny Dietrich, began to apply new opportunities in establishing total control over the logistics of shipping.