Space "friendship" and earth "landing" of the Rogozins

A former colleague of the son of Head of Roscosmos, Alexey Rogozin, who worked in the UAC, appeared in detention centre. Will the threads of the investigation lead to an influential "cosmic" family?

As it became known to the correspondent of The Moscow Post, in Moscow, Vyacheslav Khvan, Director of the Centre for Design Technologies at the Moscow Aviation Institute, and Andrey Novozhilov, former Deputy Director of IL PJSC, were detained and sent to jail. They are accused of embezzlement in the execution of the state defense order. Another detainee in the case was an employee of the financial service of the MAI Igor Titov.

All three are united by the fact that they previously worked together with Alexey Rogozin, the "golden son" of  Head of Roscosmos Dmitry Rogozin, as many former colleagues call him behind his back. The shadow of corruption scandals has long hovered over Alexey, as well as over his father, and now lies firmly on the entire star official family.

From 2017 to 2019, Alexey Rogozin was none other than Vice-President for transport aviation of PJSC UAC and General Director of the Ilyushin Aviation Complex, that is, in fact, the chief of the detained Andrey Novozhilov.

It is rumored that Rogozin Jr. got into the UAC and directly into PJSC Il under the patronage of his father. And many believe that not just to realize themselves in a noble field, but for a tight "landing" on budget financial flows going through the corporation.

Novozhilov's detention suggests that these rumors may not be groundless. However, the resignation of Alexey Rogozin from the UAC is no less interesting. This happened against the background of a high-profile scandal with disruptions of deliveries of Il-76 transport aircraft worth about 140 billion dollars.

The agreement was hindered by Aviastar-SP, a member of UAC. The situation was so serious that Deputy Prime Minister Yuri Borisov had to intervene. As a result, a special Government Commission was created to monitor the implementation of the state order, Kommersant wrote. Well, Alexey Rogozin himself left the corporation.

According to rumors, he was "asked" due to the fact that he failed all of his work. According to another version, he could have resigned himself, wanting to get himself out of harm's way in case of problems with law enforcement agencies. Now that Andrey Novozhilov is in jail, isn't Alexey Rogozin afraid that he will start speaking? 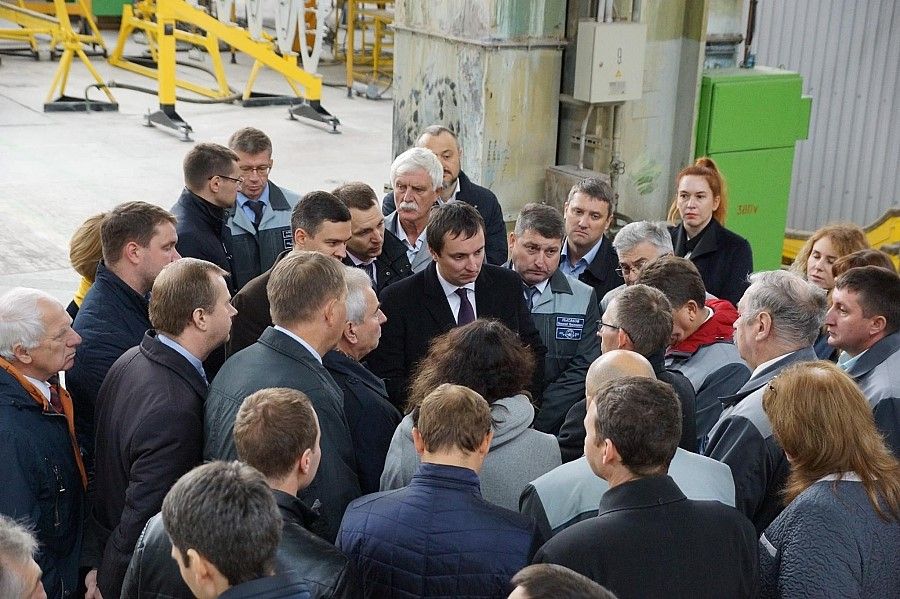 Was Rogozin Jr. (in the centre) "asked" to leave Ilyushin?

In this case, a fat point can be put in the political career of his father, Dmitry Rogozin, who turned Roscosmos and the entire Russian space industry into something very close to it, if not a complete joke.

It seems that Dmitry Rogozin, himself a former Deputy Prime Minister of the Russian Government, is doing everything to lobby his son for bread positions. At the time, it was the influential father who was associated with the appointment of Alexey Rogozin to the Promtekhnologii strategic enterprise. He became CEO there, and this at just 25 years old, almost immediately after graduating from the Moscow State University of Economics, Statistics and Informatics!

However, taking into account the enormous control over the enterprise by state agencies, he was not allowed to turn around there at that time, and he quickly defected to the leadership of the state-owned Aleksinsky Chemical Plant. He had already done some damage there.

As reported by the Delovoy Peterburg publication with reference to the Anti-Corruption Foundation, there he allegedly managed to send about 2 billion rubles to an unknown firm belonging to an offshore company from the Virgin Islands as part of the state order.

The firm had signs of fictitiousness, and it could be controlled by Artem Serebrennikov, as if an old acquaintance of Alexey from the Federation of practical shooting in the Moscow region.

Even now, in this murky story, it is unclear how legitimate Rogozin Jr.'s actions were, and whether real damage was caused to the budget. But just after that, the offspring decided to try his hand at public service. It is said above how it ended.

After leaving the UAC in 2019 Alexey Rogozin unexpectedly (however, it depends) becomes CEO of TPU Nagatinskaya - affiliated structure of Kievskaya Ploshchad GC, which is developing the eponymous transport hub in the capital.

This appointment was a surprise for some, but for others it was quite expected. After all, the Kievskaya Ploshchad GC of the controversial developer God Nisanov has long been the main contender for commercial and residential development of the land of the long-suffering Khrunichev centre in the Moscow region.

The centre under Alexey's father Dmitry Rogozin, as the Head of Roscosmos, was driven off the deep end. There was a question of transferring part of the land to developers, and paying off the organization's debts with the resulting "profits". But the Centre, as well as the land, was defended. According to rumors, the decision was made at the very top.

According to one version, the appointment of his son to a company that implements a multi-billion-dollar project for the TPU Nagatinskaya at the budget expense, could have been a kind of bribe from Nisanov to the Rogozin family. 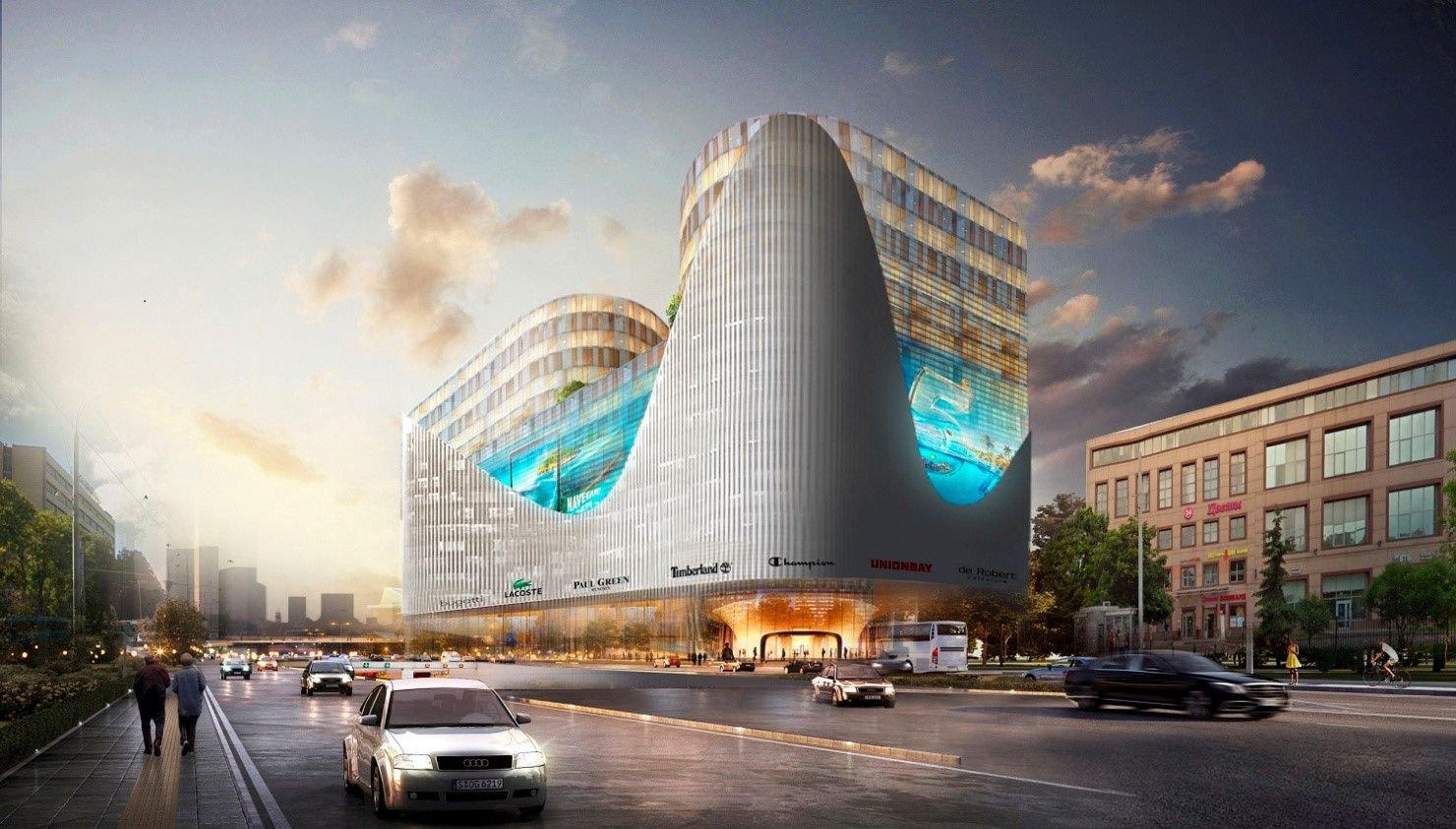 Is Alexey Rogozin together with God Nisanov "earning" billions on the construction of the TPU Nagatinskaya (project photo)?

This story also has a saying. After all, shortly before that, Dmitry Rogozin was the owner of luxury apartments in an elite residential complex of the capital, the cost of which some hotheads estimate up to half a billion rubles. RBC journalists wrote about this with reference to Transparency International.

Dmitry Rogozin could not clearly explain why he suddenly obtained such an apartment, moreover during the stormy discussion of the Khrunichev Centre lands fate. The version that he sold one of his apartments in Moscow to buy another (for half a billion!?) was perceived as an excuse.

However, no one was able to prove that the purchase of the apartment was illegal. Or may Rogozin believe that his reputation is impossible to be spoiled further more? This is readily believed.

After leaving Ilyushin and the UAC, Rogozin Jr. pulled some close associates with him. It would seem that this can be described as outright lobbying and nepotism. But, it seems, this does not bother the Rogozins.

For example, a former colleague of Alexey Rogozin at Ilyushin, Pavel Cherenkov, is now the head of JSC Gonets Satellite systems - the unified operator of the Roscosmos GC for communication, broadcasting and retransmission systems. Which, as you can easily guess, also operates tens and hundreds of millions from the Russian budget.

Another allegedly close to Alexey former employee of the UAC, Alexander Danilov at the end of 2019 took the position of Deputy General Director of the United Rocket and Space Corporation (URSC) for Finance. This structure is the main susidiary of Roscosmos, which manages the entire complex of Russian civil aviation.

Another former colleague of Alexey, Sergey Isaenko, became actual head of the URSC - first Deputy General Director. Moskovsky Komsomolets wrote about these appointments. The journalists of the same publication, referring to the employees of the URSC, assumed an early staff reshuffle in the organization just for the natives of the UAC, who previously worked with Alexey and Dmitry Rogozin.

It seems that all the key positions in Roscosmos, UAC and some other structures related to the work of Dmitry Rogozin can only be obtained through patronage. Moreover, there are already enough complaints in the structures of these companies that may indicate the corrupt nature of such appointments.

For example, in March 2019, the Prosecutor's office found a fictitious company RK-Aktivy in the structure of Roscosmos. It was supposed to work with non-core assets and real estate of Roscosmos, but has not signed a single contract since 2016. Salaries for management and employees were paid at the same time. RBC wrote about this.

It is easy to assume that Rogozin's people could have been in the leadership there as well. Rogozin Sr. generally likes to surround himself with loyal and understandable personnel. However, this may not always benefit the state.

The latest high-profile story is with the detention of a former journalist, and until recently adviser to Dmitry Rogozin, Ivan Safronov. He is charged with article 275 of the criminal code, high treason. Under this article, Safronov faces from 12 to 20 years in prison.

According to the FSS, which refers to the Fontanka publication, he allegedly collected and transmitted information about military-technical cooperation, defense and security of Russia, which is part of the state secret, to a representative of the special service of one of the NATO countries. 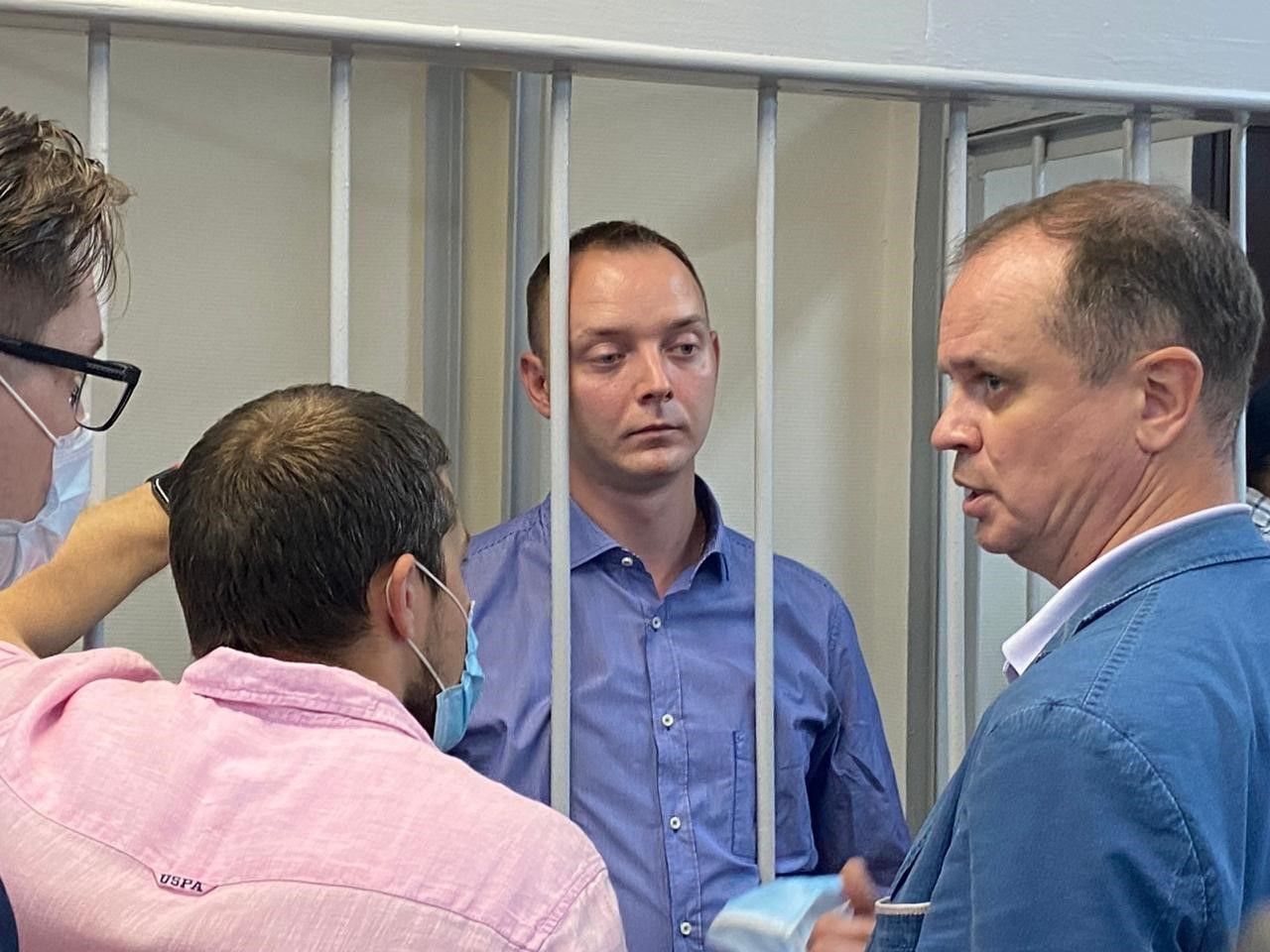 Ivan Safronov (in the centre) - an innocent victim, a "sent cossack", another great friend of the Rogozins?

In this case, Rogozin remains silent, and he did not dissociate himself from Safronov. However, according to rumors, Safronov received his position just for loyalty and good relations with the head of Roscosmos. If it is proved that Safronov committed high treason, shouldn't Dmitry Rogozin share responsibility with him?

Instead of conducting a sane personnel policy, dealing with the affairs of the domestic space and finally dealing with large-scale corruption in the state Corporation, Rogozin Sr. seems to be busy arranging the fate of his son and his friends.

But not only that. He is also fiercely suing journalists who dare to publicize such situations. Right now, his claims against The Moscow Post are being heard. And, it would seem, Rogozin, as a former journalist, should like no other help the media in their significant work.

What does all this mean for the Russian space industry? It seems that while such as the Rogozins are at the head, we will not see any of Elon Musk's laurels, not to mention an unconditional championship in the space race.