The company that appeared at the centre of the Kushtau mountain scandal could have been obtained by beneficiaries of Bashkhim in a dubious way. What interest can Head of Bashkortostan Radiy Khabirov have in this?

According to the correspondent of The Moscow Post, Head of Bashkortostan Radiy Khabirov expressed readiness to return the Bashkir Soda Company (BSC) - Russia's largest producer of calcinated soda, PVC and cable plastics to the ownership of the Republic.

The scandal around BSC, which has reached the Federal level is being continued for the second week. The company is going to develop Kushtau mountain in Bashkortostan - a unique natural territory that can be caused enormous damage. The pearl of the Bashkir people.

People who live near the mountain, as well as those who came from Ufa and Sterlitamak, hold unauthorized actions to protest against the destruction of the local ecosystem. The unrest has already ended with the detentions of activists, using batons and tear gas.

Against this background, Radiy Khabirov looks simply confused. Today, absolutely everyone is dissatisfied with him: local residents, angry with the permission of the authorities to develop the mountain, businesses that could not provide their investments, and the Federal centre before which the Head of Bashkortostan showed himself to be a weak leader and manager. 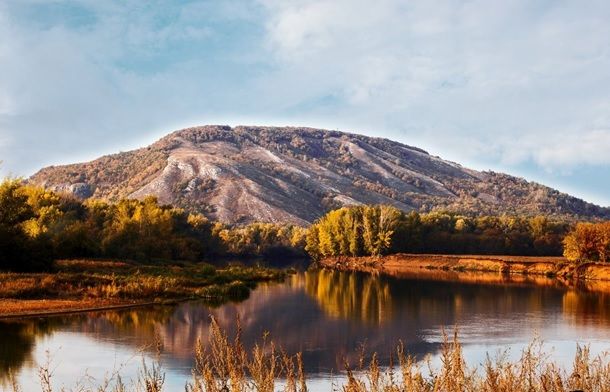 A unique natural area is under threat due to someone's greed

Against this background, the idea to buy out the company instead of getting the work stopped looks like a blatant disregard for the interests of local residents. Not to mention the fact that Radiy Khabirov himself gave the mountain to the development of BSC two years ago. According to rumors, not without personal corruption interest. Maybe that's why he's now able to throw dust in the eyes of the public?

While the owners of BSC, who are considered to be Sergey Chernikov, Albert Kharisov and Viktor Islamov, are enjoying the French coast, the defenders of Kushtau are forced to swallow the dust in the literal sense - from trucks and police vans driving around the local forests of amazing beauty.

According to the Versia publication, it is in France that the current owners of BSC prefer to spend their time. In 2011, the three of them bought two huge estates on the South-Eastern coast of France - Chateau La Martinette and Prieuré Sainte Marie Vieille.

They seem to take Russia, as well as their small Homeland of Bashkortostan, only as a resource base for their billion turnover. In such situations, they are probably not able to think about the environment and local residents.

How the Soda Empire was "found"

Meanwhile, Radiy Khabirov should not invent ideas about buying out BSC, but rather figure out how this structure ended up in the hands of Chernikov, Kharisov and Islamov. The company was founded in 2013 after joining JSC Soda, 62% of which belonged to Bashkortostan and JSC Kaustic.

Moreover, this raises many questions. At that time, the blocking stake in Soda company belonged to the company's management, headed by Vyacheslav Titov.

Allegedly, in 2004, he was forced to reissue the shares he had previously purchased in favour of Kaustic, and this could happen in the office of Albert Kharisov, who was then Deputy Prime Minister of the Republic. Today, we understand that he could have acted with an eye to his comfortable future.

Later, in 2007, the remaining stake in Bashkortostan was transferred to the trust management of Bashkhim, the beneficiaries of which are considered to be Sergey Chernikov, Viktor Islamov, the former representative of Bashkortostan in Moscow, Albert Kharisov, and entrepreneur Dmitry Pyatkin.

Business of French Chateaux lovers began in 2003. Then they got control of JSC Kaustic, which produced caustic soda and PVC. And immediately, the first purchase of stocks ended in a scandal.

In January 2003, Sovlink, along with PetroTek-holding, owned by Sergey Chernikov, entered into a confrontation with the interests of Ural Rakhimov, the son of Murtaza Rakhimov who was President of Bashkortostan at that time. Sovlink disrupted an extraordinary meeting of shareholders of JSC Kaustic, which was supposed to resolve the issue of doubling the authorized capital. This is what Kommersant writes about.

All stocks of the additional emission were to go to Bashneft, which was then backed by Ural Rakhimov. At the same time, Sovlink and PetroTek-holding themselves bought up securities in the interests of the owners of Access/Renova group and Sovlink of Viktor Vekselberg and Leonard Blavatnik.

As a result, the situation was resolved only with the involvement of administrative resources. In 2004, Sovlink and PetroTek-holding acquired more than 80% of the stocks through the purchase of small stakes. In 2005, the holding received its current name - Bashkir Soda. Since then, the appetites of businessmen have only grown.

According to evil tongues, allegedly since then, the partners have tried their best to be friends, and not to conflict with the authorities. According to rumors, close cooperation with Bashkir officials resulted in the exclusive right to sell all products first of JSC Kaustic, and then of JSC Soda on the territory of the Republic.

We should also mention the co-owner of Bashkhim, Sergey Chernikov. It is rumored that he plays the first fiddle in the management of the company. He can also be an unspoken "wallet" of other partners. Allegedly, he is tied to offshore accounts that could be used to pay for the Chateau and other large-scale acquisitions. 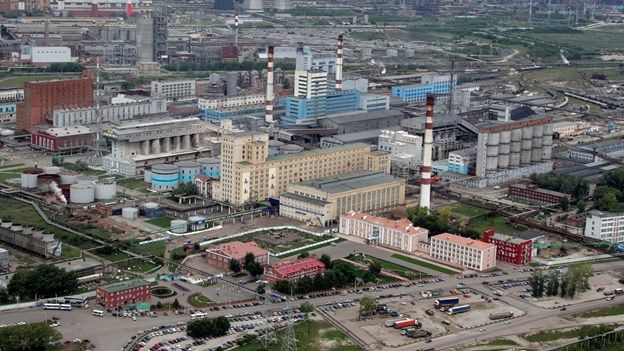 In 2011, he was at the centre of a scandal with the Director of the Board of Directors of the European Bank for Reconstruction and Development (EBRD), who allegedly demanded a kickback of almost one and a half million dollars for making a loan to his structure. As a result, the situation was managed to be put on the brakes, but the reputation of the Russians in the EBRD was greatly damaged.

According to rumors, after this scandal Chernikov received Canadian citizenship. His other partner, Viktor Islamov, seems to prefer Switzerland. He must have a big mansion there.

Islamov is well known in Bashkortostan for the conflict between the Ufa city hall and one of the structures of JSC KPD, the beneficiary of which he was. According to Versia, the mayor's office filed a claim for 134 million rubles against the structure of JSC KPD.

However, unknowingly, the law firm owned by Vice-speaker of the Bashkir Parliament, Vadim Starov, somehow managed to reduce the amount of payment to 10 million rubles. According to rumors, Starov was a long-time comrade of Islamov, and could simply "give" to whom it was necessary.

Such dubious individuals today, in fact, destroy the natural resources of Kushtau. At the same time, they are most likely thousands of kilometers away, drinking good French wine. For more than 7 years of ownership of Bashkhim, they have earned such capital that they clearly do not think about their native hinterland.

Now Radiy Khabirov can fit into their schemes. After all, his proposal to buy BSC shares back at the expense of the regional budget causes genuine perplexity: in fact, the Republic will have to fork out for something that was probably taken from it earlier in an unfair way. However, if the relevant authorities investigate this story, the very influential businessmen and officials may be affected. And "rushing" between the elites and the public Khabirov clearly does not need this, does he? Thus, apparently, he is ready to solve the conflict using government money.

Moreover, even if the thin Bashkir budget finds funds to buy shares back, it is easy to assume that this will be done in the interests of specific officials. Therefore, the only chance to defend the mountain from arrogant managers is not to miss the situation from the media attention.