Snopok drives off in "Phaeton"

Does businessman Sergey Snopok, who "drags" independent journalists through the courts, risk becoming a person involved in a criminal case himself?

Beneficiary of Phaeton GC Sergey Snopok is suing journalists of The Moscow Post because of a material published by Darya Dolina a year ago Snopoks are counted in autumn in which, according to the businessman, false and discrediting his honor information is presented. However, all the facts presented in the article are easily verified by data from open sources.

Meanwhile, a former subordinate of Snopok, an employee of the security service of one of his structures, turned to the editorial office of the publication, who, on condition of anonymity, not only confirmed the information from the journalist's article, but also told many other interesting stories. For example, how the entrepreneur allegedly puts pressure on competitors, leaves contractors and his own former employees with nothing, probably doing this under the reliable cover of law enforcement representatives.

The affairs of businessman Snopok are not very good for more than ten years. In 2004, he had a serious conflict with the founder of Phaeton Vladimir Khilchenko, as a result of which the holding, which was already the most powerful St. Petersburg enterprise, split. In an independent "voyage", Snopok has collected loans for business development, but it seems that he still does not plan to give them back. Since at least 2009, Phaeton has stopped servicing its loans.

As Delovoy Peterburg wrote, in total, by 2016, debts had accumulated by more than 10 billion rubles. The largest creditors were nine banks: Sberbank, VTB, Russia Bank, Uralsib Bank, Rosselkhozbank, Globex Bank, Svyazbank and Unicreditbank. Eventually, in 2009, according to Vedomosti, there was even a criminal case initiated under the articles "deliberate bankruptcy" and "illegal receipt of a loan". In 2013, as Rosbalt wrote, a case appeared under the article "fraud on a particularly large scale", initiated at the request of VTB.

However, Mr. Snopok, it seems, was not so simple: in addition to financial institutions, large creditors were friendly to the debtor firms. The latter began to "squeeze" banks from the list of creditors, as a result of which the debts of Phaeton Aero (which developed the agricultural direction of the holding) to banks decreased from 6 billion to 3.9 billion rubles. Financial institutions have not seen their money so far.

In 2019, this story surfaced again: as reported by Kommersant, Rosselkhozbank tried to initiate bankruptcy of the founder of Phaeton holding company Sergey Snopok because of the debt of 1.2 billion rubles -  entrepreneur acted as a guarantor for the loan of Phaeton-Agro company. According to the former employee of the security service of the holding company, then an interesting nuance was revealed - the debt of the Rosselkhozbank was secured by a pledge in the form of cattle. However, by the time the lender demanded the money, the cattle had long since been cut up for meat and sold, and written off as dead.

Whose hands does Snopok work with?

After that, searches were carried out at several addresses, including in the company's offices and in the homes of top managers. Our informer mentioned the name of one of the latter - Maxim Ipatov. This person appears in an entertaining story with a "deceived" contractor. Then Izumrud-Avto did not pay IE Ista Evgeny Olegovich about 1.6 million rubles for freight forwarding services. Formally, Izumrud-Auto was not related to Phaeton, but the company is 99% owned by Invest-Capital LLC. The sole founder of the latter is Maxim Ipatov, the head of the financial department of the holding.

Now Izumrud-Auto is in the process of bankruptcy. Did they think of using this method to find grounds for non-payment of the debt? In any case, according to the file of arbitration cases, the company had to pay the contractor. 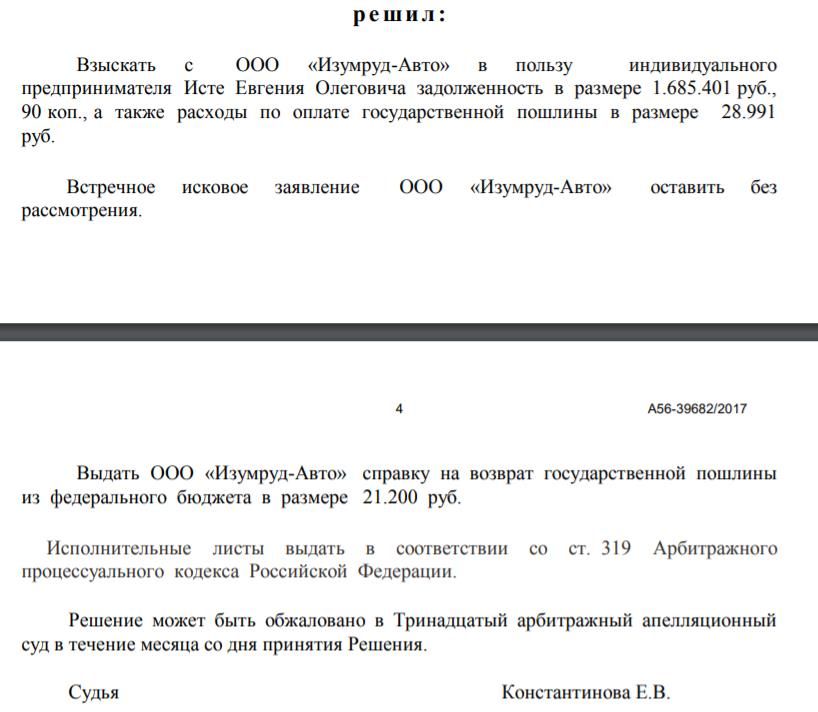 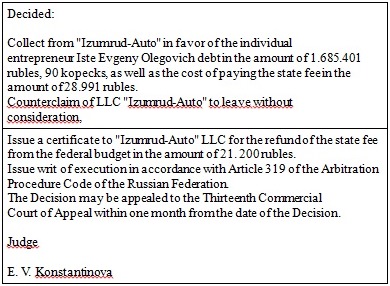 By the way, as an ex-employee of the Phaeton structure told The Moscow Post, the company does not always pay off its own employees. According to our informer, the holding owed him almost 2.5 million rubles. And he is unlikely to see his money, since the office where he was employed is now declared bankrupt - however, like many structures of the organization. Apparently, such a scheme is put on stream, isn’t it?

In this case, a natural question arises: where are the law enforcement officers looking at? According to a source of our publication, issues with the security forces are "solved" by the head of the security service of Phaeton, Andrey Nosovich, who allegedly has "necessary" connections. It is worth noting that earlier The Moscow Post wrote in detail about the alleged connections of Phaeton with the near-criminal world.

Apparently, these connections helped Nosovich himself to "hush up" the criminal prosecution on the fact of illegal access to computer information. According to Fontanka, in 2014 it was established that someone had gained access to the e-mail of the head of the law firm PromConsultInvest-Saint Petersburg, Artem Begun. The computer used to study Begun's correspondence was found in the Central Collection Agency, a company owned and headed by Nosovich. Nosovich himself at first did not refute the intrusion into e-mail, but later disavowed his own words.

By the way, it was the Central Collection Agency that at one time became the largest creditor of Phaeton. In the hands of Nosovich there were debt and credit agreements for an amount greater than that of the banks. By right of the first in line, the agency blocked attempts by financial institutions to obtain their property through the court.

But the story doesn't end there either. As a source of The Moscow Post told, on condition of anonymity, he was present at a meeting of Nosovich with a certain "solver" named "Said" - the latter allegedly helped to settle the issue with two petrol stations of Phaeton, which as a result of the auction went to the Penisula company.

Representatives of Snopok’s organization clearly did not like the fact that their petrol stations were transferred to another company by fair bidding - as reported by Delovoy Peterburg, top managers of Penisula began to receive threats and insistent demands to give the objects back "in a good way" from a person who introduced himself as Andrey. Was it Nosovich himself? According to our informer, it even came to the use of force - several cars belonging to the leaders of Penisula and their families suddenly burned down.

In the end, the proceedings with the Penisula moved to the judicial plane. According to the file of arbitration cases, this process stretches from 2017 to the present day. Decided to tire the opponent out?

According to the source of our publication, allegedly Phaeton used another scheme that did not allow the new owners, who won the right to use the petrol station, to dispose of them. Indicative in this case is the story of the Nafta-leasing company, which left the petrol station on the Oktyabrskaya embankment. After the auction, it turned out that long before they were held, the objects were leased to Volkhonka-Auto Repair LLC. Here only the last 90% belonged to LLC "FDG Investment", the absolute owner of which was Andrey Chernyak, who was previously a co-owner of Phaeton-Invest LLC, Kommersant wrote. What if the contract was signed "retroactively" with an affiliated company? Very similar to that.

But it seems that the imagination of the Phaeton management did not end there either. As for petrol stations, there is one interesting nuance: the former owner may not release the object until it completely empties the fuel tanks - yet its cost can reach several million. What can be done in this case? That's right, regularly "quietly" add fuel again and again, so as not to empty the petrol station.

Sergey Snopok, who is called "a complete bankrupt" by his enemies, is rumoured not to live in Russia for a long time. Perhaps that is why, in particular, he does not appear at the meetings on his claim to our publication. However, if law enforcement officers are still interested in the nuances of the work of his firms, it seems that they will come for his likely "hands" - Ipatov, Nosovich and Chernyak. One former top manager, by the way, has already been found out: according to 47news, the former structure of Phaeton, Agro-Trade, was convicted of fraud with taxes of almost 16 million rubles, which were committed during the period when the company was headed and managed by Alexander Batalov.

In the meantime, Mr. Snopok, who is supposedly abroad, wants to "shake off" money from independent journalists - almost as much as 20 million rubles. But even this amount, if anything, does not seem to cover either his multi-billion-dollar debts, or even the services of lawyers that he may need if the security forces are interested in the above-described events in the Phaeton.