Slipped at Bifidok: Savelyev and Tereshkova get rid of joint business?

The joint business of Senator Dmitry Savelyev and daughter Valentina Tereshkova is falling apart, and the auditor is made guilty? However, there is another version - supposedly they were simply wrapped around the finger.

According to the correspondent of The Moscow Post, the Moscow Arbitration Court declared Farmservice LLC bankrupt. This company is part of the joint business of the Tula senator Dmitry Savelyev and Elena Tereshkova - the daughter of State Duma deputy Valentina Tereshkova. Pharmservice allegedly wanted to take control of the famous auditor Elena Loss. For which she came under criminal prosecution. But in this story, not everything is so unequivocal.

The bankruptcy of Farmservice was filed by Administrator Business Center LLC. At the same time, the requirements of this company for Farmservice were not very significant - only 325 thousand rubles. In the process of considering the bankruptcy case, the Administrator Business Center transferred the rights of claim from Pharmservice in favor of Elina Fertikova. Perhaps Farmservice, if it wanted, could pay off this debt. But, apparently, the owners of the company did not have such a desire.

Pharmservice was created on September 10, 2018 and was engaged in the supply of bifdumbacterin. The sole owner of this company is Probiofarm LLC, the composition of the founders of which is as follows: Dmitry Savelyev (55%), Leah Muradova (30%), Elena Tereshkova (15%).

Dmitry Savelyev is a senator, a representative from the executive body of state power of the Tula region in the upper house of the Russian parliament. Elena Tereshkova is known as the daughter of Valentina Tereshkova - a State Duma deputy. Earlier, Elena Tereshkova was the general director of Pharmservice. Leah Muradova, in particular, gained fame as the director of Probiopharm, but not only. About this a little lower.

Earlier, to create this business, Savelyev and Tereshkova bought assets from Partner. Equipment, trademarks, real estate necessary for the development and production of probiotics and Bifidoc were purchased. 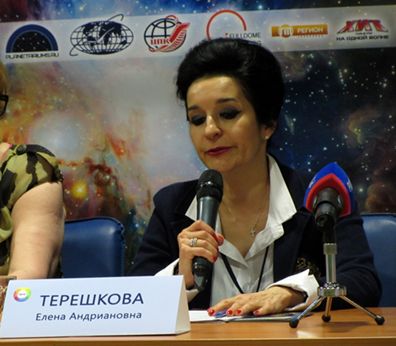 Judging by the statements of Farmservice in the process of bankruptcy, the company conducted the business quite well. At least in 2019, the organization completed with revenue of 125.3 million rubles. 2020 in this sense was even better, revenue amounted to 167.4 million rubles. True, if at the end of 2019 the company reported a symbolic net profit of 719 thousand rubles, then 2020 brought a loss of more than 9.8 million rubles.

At the same time, the founder of Pharmservice, the Probiofarm company, feels quite confident financially. At least in 2020, the company reported revenue of more than 190.4 million rubles and net profit of 1.1 million rubles. So, most likely, the owners of Farmservice - Tereshkova and Savelyev had resources to pay off the claim of 325 thousand rubles. But obviously, they just didn't want to do it.

According to the authors of the Arbiter Telegram channel, allegedly: "At present, Farmservice is disputing a transaction for the sale of real estate, namely a building and a land plot located in the Serpukhov district of the Moscow region, the transaction went at a significantly lower price."

In addition, the same authors claim that the former directors of the company were in collusion and sold another glad of assets. "As a result, several criminal cases were opened, one of the directors was allegedly taken into custody. In addition, in one of the criminal cases, auditor Elena Loss was arrested, who stole a stake in the authorized capital of Farmservice, the transaction is also disputed in court. " 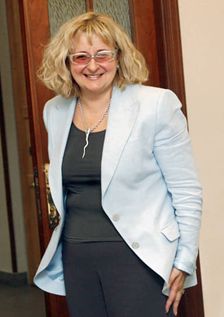 Kommersant also wrote about this case. "On charges of especially large-scale fraud, the famous Russian auditor Elena Loss was put on the wanted list. Her company RSM-Rus served Rostec, Russian Post, Rosseti and other large structures. According to the TFR, Elena Tereshkova, the daughter of the first female cosmonaut Valentina Tereshkova and senator Dmitry Savelyev, suffered from the actions of Ms. Loss and other defendants.

The auditor tried to steal Pharmservice from them, which owns the rights to large innovative developments of sorbed probiotics, as well as trademarks of the most popular products, including Bifidok, Kommersant said. That's not all the details. "In early 2021, Ms. Loss, according to investigators, also developed a plan to seize 100% of the shares of Farmservice LLC.

Its executors, according to the TFR, were long-time acquaintances of the auditor - the general director of Probiopharm Leah Muradova and the head of Pharmservice Konstantin Belyaev... One of the defendants in the case, the former general director of Pharmservice Konstantin Belyaev, has already been arrested by the Presnensky district court of the capital, "Kommersant added. 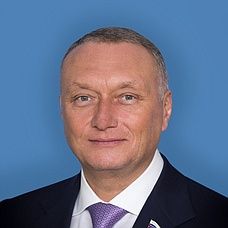 Elena Tereshkova and Dmitry Savelyev were recognized as victims. According to investigators, having been appointed adviser to the general director of Probiofarm since March 16, 2020, and from February 1, 2021 having taken the same position in the Farmservice society, Elena Loss completely took control of them, as well as the Avan LLC associated with them.

In the Avan company, Elena Tereshkova is the general director, she also owns 30% of this LLC. Dmitry Savelyev has another 40%, and BeneventTreating AG has another 30%. At the end of 2019, Avan reported revenue of 83.5 million rubles and net profit of 156 thousand rubles.

One way or another, but the bankruptcy of Farmservice may be part of this corporate conflict. It may well be that Tereshkova and Savelyev managed to withdraw funds from the company, and now only it remains that they will bankrupt it, thus burying the dreams of competitors to seize business. But who is to their fault that a lady like Elena Loss appeared in their business in general. After all, they themselves trusted her. Therefore, Savelyev and Tereshkov can only blame themselves for what happened.

Senator Savelyev and before the problems with Farmservice had something to break their heads from. So his name was associated with a scandal over the withdrawal of assets from Spetsstroyservice, one of the largest developers in the Republic of Tatarstan. On this occasion, the publication Lenta.ru with reference to the statement of the founder and former owner of this company, Sirin Badrutdinov, in the RF IC reported: "In the period from 2013 to May 2019, at the request of Dmitry Vladimirovich Savelyev, a former deputy of the State Duma, and now a member of the Federation Council, at least one billion rubles were transferred from the settlement account of Spetsstroyservice LLC to the accounts of firms provided specifically for this by Dmitry Savelyev's trustee - Irina Kudryashova, who was also Savelyev's assistant at Money was transferred at the request of Savelyev D.V. as a ten percent rollback for providing LLC Spetsstroyservice with contracts with PJSC Transneft and general patronage in the performance of works provided for by these contracts. "

Outside observers could have the impression that with Sirin Badrutdinov, who was under criminal prosecution, Savelyev, quite possibly, decided to crack down in this way. Moreover, Savelyev himself repeatedly walked on the blade of a knife.

In 1998, Savelyev headed PJSC Transneft. But he lasted a little more than a year in office. "Together with several former leaders of PJSC Transneft, he became a defendant in a criminal case initiated following an audit of the activities of PJSC Transneft, which revealed misuse of budget funds. However, the case was subsequently dismissed, and the top manager decided to focus on politics, "recalls Lenta.ru.

In the light of the stories with Sirin Badrutdinov and Savelyev's past in Transneft, the current epic associated with Elena Loss and her accomplices begins to take on a different color. It may well be that the criminal prosecution of Loss and those who helped her is far from accidental. After all, no one forced Savelyev to deal with Badrutdinov. At least that Savelyev was forced to communicate with these citizens, nothing is known. Since "warmed" on the chest, now deal with the consequences.

Photo: press service of the Main Directorate of the Ministry of Internal Affairs of Russia for the Krasnodar Territory, Alexander Shcherbak/TASS