Sledkom is used: Taran is selected for Bastrykin?

Is the head of RATM-Holding Eduard Taran, through assistants to the head of the Investigative Committee Alexander Bastrykin, trying to redirect the "black" traffic of the Khilok market?

The head of the Investigative Committee of the Russian Federation, Alexander Bastrykin, held a video conference with residents of Novosibirsk about the situation around the Khilok market - reports The Moscow Post correspondent in the Novosibirsk region. People complained about the abundance of migrants, told about cases of fights, lawlessness, harassment of girls.

Bastrykin reacted harshly - he demanded to raise all allegations of crimes in the area of ​ ​ the Khilok market lately and work them out, as well as to check all kebabs, fairs, pavilions for compliance with the requirements of the law.

"If the migration service of Novosibirsk does not cope with migrants, then it is worth covering the market," the newspaper quotes Bastrykin's phrase from the words of a local activist Ngs.ru.

Interestingly, initially the residents "rebelled" mainly because of the environmental situation in the area - the fact is that in the territories near the Khiloksky market there is a cemetery "Kleshchikhinskoye" and a landfill "Levoberezhny," which is constantly burning.

The topic of migrants was raised at the last moment after she was advised to pay attention to Bastrykin by an employee of the central office of the Investigative Committee, who agreed to meet with residents. And the same topic, in fact, has become the main one. 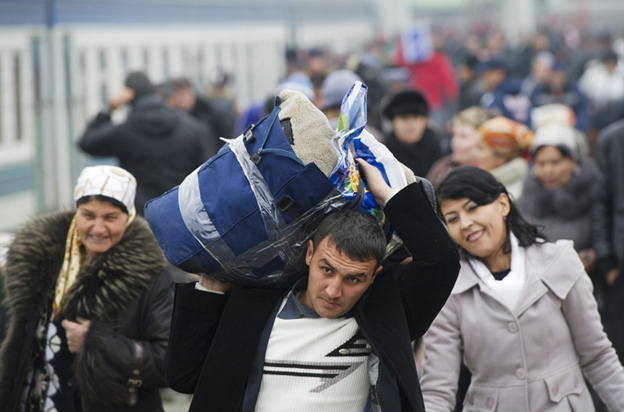 The Moscow Post has already written that the main interest in the liquidation of the Khilok market may be the notorious head of RATM-Holding, Eduard Taran, who has a rival with the market of the Mandarin shopping center nearby. And the head of the UK Bastrykin in this situation may in fact be drawn into what is called "breakups" in certain circles.

An interesting recommendation from an employee of the Investigative Committee to tell about migrants that was suddenly received by Novosibirsk residents against this background. There is a feeling that someone who benefits from Bastrykin's anger could give her this thought.

Khiloksky was founded and can still actually belong (despite the fact that he was re-registered) to the former local deputy of the regional parliament Alexei Alexandrov. The market is rumored to have a thriving trade in illicit substances. In 2012, a batch of 80 kg of such was seized by law enforcement officers.

Since then, there has been no official confirmation that this is ongoing. However, from time to time, mass fights break out on the market and within it, which may be the result of the redistribution of the market for the trade in prohibited substances. At least in 2019, these were clear showdowns of bandits for control over the "protection" of points.

Alexandrov himself, although he does not formally own the market, has an Archie security company in his assets. What is located directly on the territory of Khiloksky. The company shows revenues of hundreds of millions while the market does not reach 10 million rubles. This gives rise to gossip about the possible passage of flows of illegal trade from Khiloksky through a security organization. 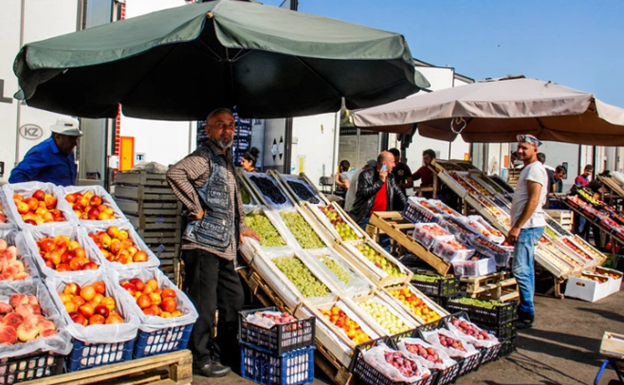 It is for these cash flows that, in addition to a natural competitive advantage in the liquidation of Khiloksky, Eduard Taran can fight with "undercover" methods. After all, if the market is closed, all merchants are likely to rush into Taran's Mandarin.

Recently, Telegram channels received information that the market was allegedly not closed due to the interest of Novosibirsk Mayor Anatoly Lokt. Behind this informational "stuffing" can Taran also stand?

Only legends are not made about the "honesty" of this entrepreneur. He is a direct or indirect defendant in a huge number of impartial stories. First, Taran was in the dock for a bribe. The case was in 2010 and ended with the release of a businessman on bail of 20 million rubles.

Another time he was almost imprisoned for tax fraud when selling shares of the Lytkarinsky optical glass plant to Rostec. But in the end, the case was closed. Did someone influential try or did Taran's money "hurt" who needed? 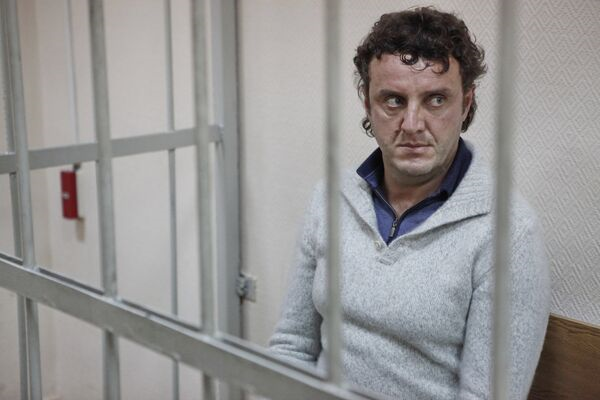 Here is how Vladislav Boyarinov's lawyer commented on this situation:

... "Having established that the buyer produces, among other things, night vision devices for the needs of US law enforcement agencies, and also supplies them to militarily unstable and terrorist regions of the world, including Ukraine, FSTEC of Russia, issues permission to export more than a thousand electronic-optical converters JSC" Screen-optical systems. "

Thus, Taran, in fact, supplied the American and Ukrainian armies?

The entrepreneur still owns the Ekran plant through RATM-Holding. It is possible that deliveries continue to this day. By the way, Taran has not flashed in public space for about six months. There is reason to believe that he went to America or where else abroad in order to hide from possible criminal prosecution in connection with the supply situation.

RATM-Holding is known for attempts to raider capture of the Angarskcement enterprise, as well as for bankrupt almost everything that falls into his hands. For example, in 2005, the holding, a year earlier, having joined the shareholders of the enterprise, bankrupt a large tractor company Alttrak.

Taran's former partner Oleg Utiralov in 2020 accused Taran of trying to gain sole control over their Sibeletroterm enterprise, bypassing agreements on its financial recovery. The result - at the sites of Sibeletroterm, the capacities of RATM-Holding are now located. Utiralov - with nothing.

In 2015, RATM-Holding through the media told that they owed them FC Siberia. Allegedly did not pay for the lease of the Spartak stadium, which belongs to the holding. At the same time, the second side denied all claims. Then Taran (more precisely, of course, Spartak Stadium OJSC) went to court. The result is the bankruptcy of FC Siberia. The assets, which now, apparently, will go to RATM-Holding.

Let's summarize: the current situation with the Khilok market is very reminiscent of another "fintile" of Mr. Taran. And residents of Novosibirsk in fact are unlikely to benefit from the figurative transfer of Khiloksky to Mandarin.