Possible conflict between Dmitry Mazepin and Alexander Lukashenko turned out to be "linden"?

According to the correspondent of The Moscow Post, another wave of publications took place on different sites on the network, the authors of which claim that the owner of Uralkali PJSC and Uralchem JSC, Russian entrepreneur Dmitry Mazepin may be related to financing the Belarusian opposition.

These publications have signs of custom, but fall perfectly into the prepared ground. As you know, the Russian Uralkali Dmitry Mazepin and the Belarusian Belaruskali are one of the largest companies in the global potash market. They are competitors, so Mazepin, day after day, tries to attribute attempts to establish full control over the enterprise by buying a share of the state in it.

A new round of talk that Mazepin may allegedly be involved in financing the Belarusian opposition occurred after the recent visit of the main person of the protest movement of Belarus Svetlana Tikhanovskaya to US President Joe Biden.

At the meeting, Tikhanovskaya again asked the American leader to introduce the toughest sectoral sanctions against Belarus, Alexander Lukashenko and his inner circle. Detractors of the Belarusian leader considered that Tikhanovskaya was asking to actually clear the market for Uralkali Mazepin, and he himself was reminded of how he promised to help Belarusian students who were expelled from universities for participating in illegal actions.

Here lies an interview with the detained former chief editor of the Nexta telegram channel Roman Protasevich, who hinted at the role of a certain Russian oligarch in financing the protests. Protasevich himself, like his former colleagues, did not hide that he received money "from the outside".

However, this logic regarding Mazepin is flawed, and narratives clearly have the character of artificially created. Experts note that the situation is more complicated, and Mazepin, on the contrary, is much better for Alexander Lukashenko to continue to hold his post, maintaining the status quo.

According to evil languages, allegedly in a situation of sanctions pressure, it is the Russian business loyal to Lukashenko that is a saving window for him to circumvent the restrictions. The Republic of Belarus owns a 100% stake in Belaruskali, but the potash giant is inextricably connected with Russia.

For example, in 1992, Belaruskali, Uralkali and Silvinit created International Potash Company CJSC. A third of MMK's shares belonged to Belarus, but in the wake of protests and criticism of the Lukashenko regime in the early tenths, Belaruskali suddenly sold its stake in favor of the Austrian offshore BH Beteiligungs-und Handelsgesellschaft m.b.H. Insiders claim that it was Dmitry Mazepin who could stand behind him, who in those years unfolded the struggle for Togliattiazot.

This transfer of eggs to different baskets is characteristic of Belarus in the last ten years, and, especially, in the last year against the backdrop of the political crisis in the country. Then, by the way, it was about selling the stake directly to Uralkali, but at the last moment this was abandoned.

Dmitry Mazepin is convenient for Alexander Lukashenko. At one time, they even tried to attribute the fame of the wallet of the Belarusian leader to him - just as they try to attribute it to Lukashenko's friend, Russian entrepreneur Mikhail Gutseriev. 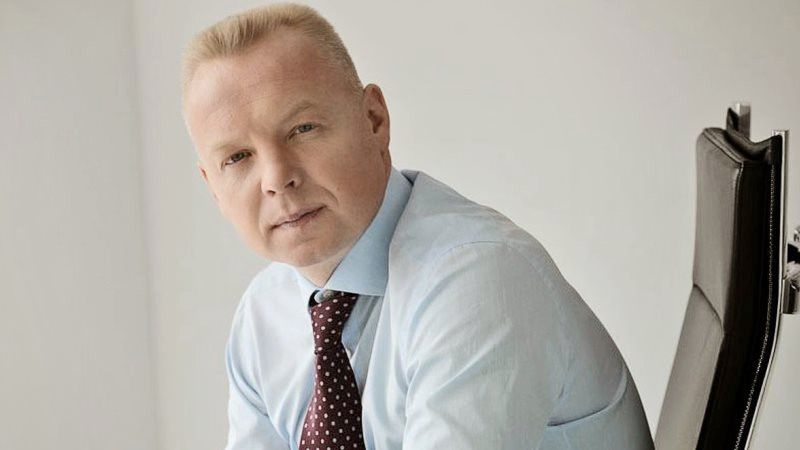 Despite rumors and custom campaigns in the media, Mazepin is interested in maintaining the status quo no less than Alexander Lukashenko

There are enough references in the media that it was allegedly Mazepin Lukashenko who entrusted to keep his foreign capital. Earlier, ProPerm wrote that journalists found a connection between the $3 billion "hung" in Cyprus, the owner of Uralhim and the Belarusian president, trying to connect this with some non-public negotiations regarding the future of the Republic of Belarus. Of course, the parties denied this.

We have not in vain mentioned Mikhail Guceriev. It is he who is called the main "savior" of the Belarusian economy from sanctions. The businessman's companies are gradually buying back the assets of the Belarusian government, taking them out of attack.

A few months ago, the son of Mikhail Said Gutseriev bought almost 100% of the previously state-owned Belarusian Paritetbank. The buyer was the offshore company Beristore Holdings Limited, which is associated with the Gutserievs. The amount of the transaction was not called, but it is known that the Gutserievs are under a huge debt burden. Where did they get the money for such a purchase, unless the transaction had signs of fictitiousness?

According to one of the experts interviewed, the idea that Mazepin is seeking the overthrow of the Lukashenko regime is illogical for a simple reason. In the context of the breakdown of the regime and the general privatization expected in this case, Western institutions, absolutely interested in changing Minsk's political guidelines, would in no case allow Mazepin (and indeed large Russian business) to gain control over Belaruskali.

In this case, the combined assets of the two potash giants would finally dominate the entire global potassium market. Mazepin understands that in political turbulence, he will be the first to be overboard with privatization auctions.

The scandal of almost a decade ago, when the former general director of Uralkali Vladislav Baumgertner was detained at the airport of Minsk, also speaks in favor of this version (Lukashenko's interest in Mazepin and vice versa). The latter was a person allegedly close to Russian politician and entrepreneur Suleiman Kerimov.

Shortly before that, Suleiman Kerimov, together with partners, bought a controlling stake in Uralkali, and, appointing Baumgartner, began an active expansion in the market. In this he was hindered by Belaruskali, or rather by the joint venture Belarusian Potash Company, which was supposed to sell the products of both enterprises on an equal basis. 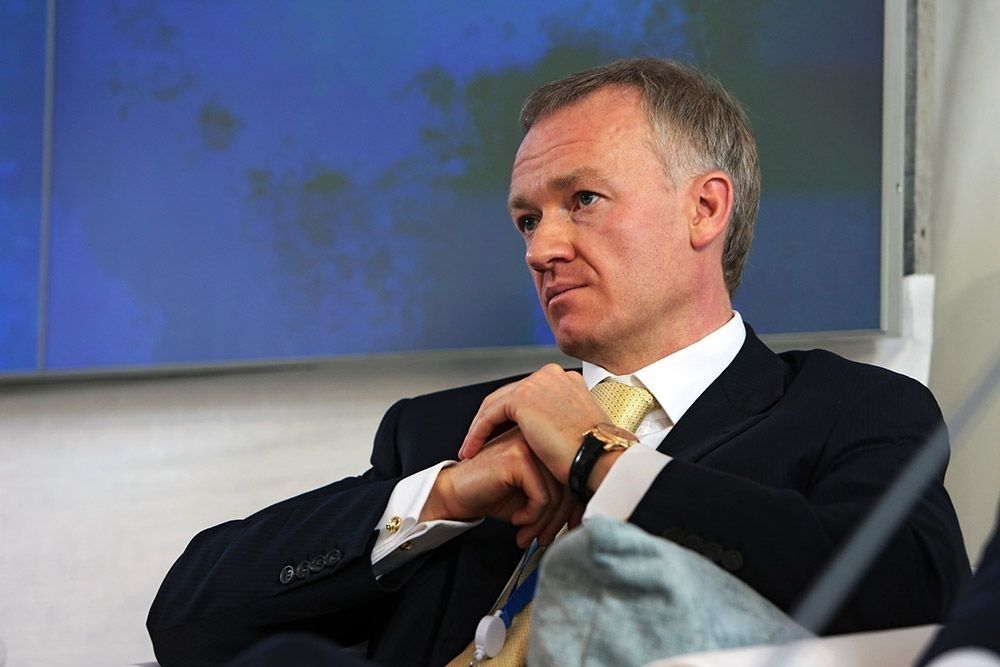 Vladislav Baumgertner became the "victim" of the potash confrontation between Lukashenko and Suleiman Kerimov?

But Baumgartner refused to export through BBK, while being the head of the supervisory board of the joint venture, which caused a real scandal. Forbes wrote about the situation. The conflict turned into a public plane, after which the manager went to negotiations in Minsk, where he was arrested on suspicion of causing $100 million worth of damage to Belarus.

Baumgartner spent three months in the pre-trial detention center, after which he was sent to his homeland, the case did not end in anything bad for him. And less than two grams later, Kerimov unexpectedly sold his stake in Uralkali in favor of Vladimir Kogan. At the same time, funds for the transaction (an amount of about $3.7 billion) could be provided by Sberbank of Russia. This gave rise to talk that the Russian government could arbitrate in the conflict between Uralkali and Belaruskali.

After Dmitry Mazepin became the majority owner of Uralkali, and Rybolovlev, Kerimov and other former interests fell into the shadows, acute conflicts between potassium giants ceased. Observers tend to see this as a consequence of some "political" compromise.

How, then, to consider Mazepin's public activity during the active stage of illegal actions in Belarus? After all, he really spoke about the support of students expelled from universities, talked about the need to create a Committee for the Salvation of Belarus.

It seems to have been a subtle political game in communications. Note that none of these undertakings on the part of Mazepin went further than words, but in the Western press he appeared as an opponent of the Belarusian regime. This became the basis of the campaign of discrediting that is being conducted in his regard. At the same time, Lukashenko himself has never spoken the name of Mazepin.

It is believed that Lukashenko and Mazepin have tense relations, but business seems to prevail. In the case of the privatization of Belaruskali, not in favor of Mazepin (and the other option is practically excluded), both Mazepin and the Belarusian government will lose the opportunity to pursue a common price policy.

This can lead to lower prices for potassium and potash fertilizers. Now Uralkai is in a difficult crisis. The company is on the verge of profitability and exists thanks to borrowed funds. At the end of 2020, its profit amounted to only 2 billion rubles against 79 billion a year earlier.

In such a situation, Mazepin is much more interested in maintaining the status quo and high prices for potassium, but not in changing the rules of the game. Against the backdrop of such threats, any political gambling and personal hostile relations are relegated to the background.