Saving from "private" Kondrashev, or why former partners of the oligarch are dying

After it became known that the younger brother of former Deputy Prime Minister Arkady Dvorkovich, Mikhail had purchased 15 stocks of JSC Solikamsk Magnesium Works, many people asked an obvious question — what for? Isn't a relative of a person "close" to Dmitry Medvedev trying to "cut off" a piece of property? In fact, everything turned out to be more prosaic and sad. It appeared that this step was the only way to save a strategically important company from being taken over by western investors.

Mikhail Dvorkovich became a shareholder of JSC Solikamsk Magnesium Works (SMW). The media has already reported that the new shareholder is allegedly trying to make independent claims in a court dispute between JSC Solikamsk Magnesium Works and the Federal Antimonopoly Service (FAS). In its framework, the antimonopoly authority is trying to challenge transactions that resulted in the fact that control over the enterprise has passed  to a group of shareholders led by Petr Kondrashev.

The court refused to grant this application. Why?

It follows from determination of the arbitration court that M. V. Dvorkovich is a shareholder of JSC Solikamsk Magnesium Works, as he has purchased 15 stocks of the company. According to other sources -  15 %. Who can be trusted?

- Some time ago, I purchased 15 stocks of JSC Solikamsk Magnesium Works as a private investment, as well as for studying the situation within the Holding and making a decision on further expansion of participation in the development of the enterprise's business. And when I started to study the company's current activities, it became clear to me that the controlling shareholders of the Holding took a number of actions that led to serious damage to the companies that were part of the Holding, its minority shareholders, and the interests of the Russian Federation. Moreover, this applies both to issues related to the payment of taxes to budgets of different levels and issues of state defense and security.

Can it be said that Mikhail Dvorkovich intervened in the conflict between the FAS and Solikamsk Magnesium Works?

- I have learned that the Federal Antimonopoly Service initiated court case concerning the illegal change of the Holding's shareholders to non-residents of Russia without the consent of the Government Commission on Foreign Investment, despite the fact that JSC Solikamsk Magnesium Works is a strategic enterprise.

In fact, it is the only company engaged in the mining and processing of many rare earth metals, as well as the only producer of primary magnesium in the country. And this is not the full range of activities of the Solikamsk Magnesium Works. Considering the tough position of China, which does not export rare earth elements to other countries, JSC Solikamsk Magnesium Works is of invaluable importance for Russian high-tech industries, where the share of this raw material is constantly growing. This applies to both the production of civil products and the military-industrial complex.

Having studied all available materials about the Holding, which apart  from the Solikamsk Magnesium Works also includes Lovozersky GOK, and after consulting with other minority shareholders and representatives of the FAS of Russia, I decided to make an independent claim to the controlling shareholders of SMW, in order to protect both my interests and the interests of other minority shareholders. All these issues are now being carefully studied by Russian law enforcement authorities for possible violations of the Criminal Code.

The judge of the Perm Arbitration Court, Tatyana Morozova, denied my claim on the basis that my requirements allegedly coincide with the requirements of the Federal Antimonopoly Service, while  the claim should contain independent requirements. I strongly disagree with this decision. I don't know how this judge studied at school, but she clearly reads with little difficulty. In my claim, I asked to recognize both the initial transactions with the company's stocks and subsequent ones. Meanwhile the FAS requirements only apply to subsequent transactions. I demand that the transactions on the basis of which Mr. Kondrashev, Mr. Kirpichev and Mr. Starostin became shareholders of the company be declared null and void, and therefore that the decisions of the shareholders' meetings of JSC Solikamsk Magnesium Works be declared null and void. The FAS protects public interests, while I protect my own interests and the interests of other minority shareholders.

Antimonopoly authorities base on the norms of legislation on strategic enterprises, while I base on the norms of legislation on joint stock companies. I am interested in the growth of the company's profit and, consequently, dividends, while it is important for the FAS to return control of the strategic enterprise to Russia. The court didn't even bother to compare our claims. There is a big question about the objectivity of judge Tatyana Morozova. But if we look at her judicial practice, it becomes clear that bias is her "strong point". More than one enterprise in the Perm region has lost a lot, indirectly due to her efforts. I suppose the Qualification Board of judges should take a closer look at her.

Can Kondrashev "steal" property while the shareholders are "dying"?

Petr Kondrashev together with two other business partners (Sergey Starostin and Timur Kirpichev) controls 75% of SMZ shares. Has the court forbidden these shareholders to make any transactions with securities of the Solikamsk Magnesium Works?

- Yes, at the moment the court has forbidden Mr. Kondrashev, Mr. Starostin and Mr. Kirpichev to perform any actions with the company's stocks. But, unfortunately, it has not forbidden the disposal of his property. This may lead to the alienation of the Holding's property by entering into fictitious loan agreements and using other "grey schemes". But then the company will be passed saving. A similar story happened with the port  called Perm. By coincidence, in that case, the interests of the state were also defended by the FAS of Russia, and  judge of the Perm Arbitration Court Tatyana Morozova was again noted in the consideration.

But I do not interfere in the conflict between FAS and Kondrashev.

What can You say about the personality of Petr Kondrashev, who lives in Austria today? Are You personally acquainted with Mr. Kondrashev?

"I am not personally acquainted either with Mr. Kondrashev or Mr. Kirpichev or Mr. Starostin. But as far as I know, the entire block of shares, about 65% of the stocks, is controlled by Petr Kondrashev. I can only judge him based on many publications in the media and from the stories of other people who know him. What I know does not inspire confidence towards this man. I especially do not like the fact that due to Kondrashev's decision as the controlling shareholder, without the consent of other shareholders of the company, the plant's products are directly sold to American companies that produce high-tech equipment for the military-industrial complex of NATO countries. In fact, this means that the raw materials produced by JSC Solikamsk Magnesium Works are present in weapons that can be used against our state. This is too much. I'm not even talking about all the suspicions concerning Mr. Kondrashev, which were published in the media, regarding his possible involvement in various criminal crimes. This is the story of Ecoprombank, and the strange death of one of its former partners, who was the first to study the legality of Kondrashev's activities. 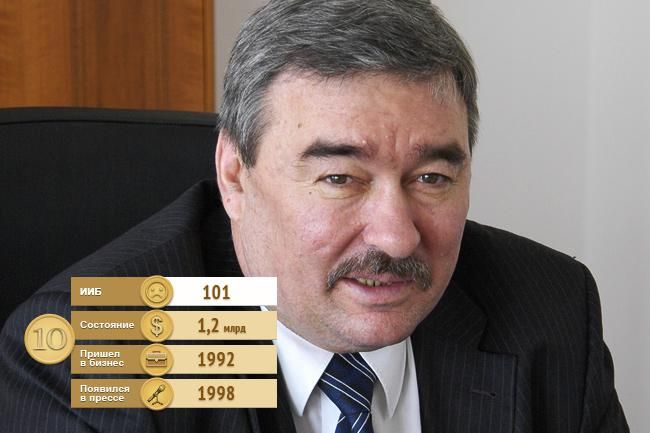 Businessman Petr Kondrashev lives in Austria, but prefers to earn money in Russia

In particular, majority shareholders' control over the company allows them to block the payment of dividends and the allocation of investment resources for the development of enterprises, which undoubtedly leads to the gradual depreciation of fixed assets, and as a result, to a subsequent decrease in the value of stocks. If we talk about Lovozersk GOK, the working conditions at this enterprise can lead to disaster. And cause irreparable harm to the lives and health of many people.

Why, in your opinion, is there such a situation when courts are constantly going on and new circumstances of certain opaque cases at the Solikamsk Magnesium Works are being clarified?

- All this, from my point of view, is due to the fact that almost all the funds received from the Holding's activities are being withdrawn abroad by controlling shareholders for their own enrichment using various schemes. Products are sold to companies affiliated with majority shareholders at low prices, and thus, the main profit is generated not at JSC Solikamsk Magnesium Works, but at intermediary companies owned by them.

All these issues are being carefully studied by Russian law enforcement authorities. 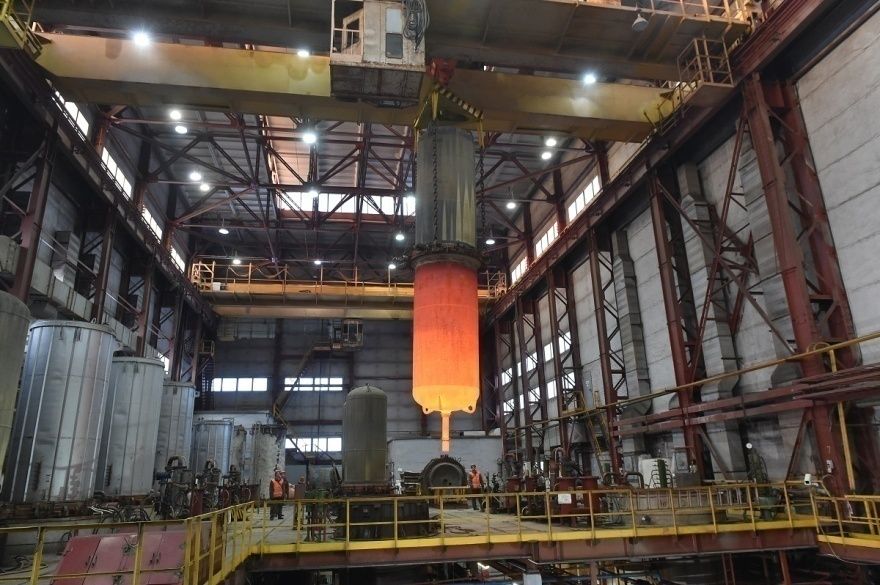 I repeat that I protect my own interests and the interests of other minority shareholders. But, to tell the truth, I fully support the position of the Federal Antimonopoly Service in this court case. I believe that a person who permanently resides abroad and has a foreign citizenship should not control one of Russia's key strategic enterprises.

This is a question of the defense and security of my country, where I, my family and friends live.