Today, January 12, the second phase of negotiations on strategic stability between the Russian Federation and the West begins. Europe remains overboard, and after all the anti-Russian rhetoric humiliatingly asks not to forget about its interests.

According to the correspondent of The Moscow Post, today the second track of negotiations on security guarantees, which Russia demands from the Western world (primarily the United States), should take place. On Monday, January 10, the first phase was held as part of a bilateral meeting between Russia and the United States, where the domestic delegation was headed by Deputy Foreign Minister Sergei Ryabkov. Our publication described in detail the course and results of the meeting, as well as Mr. Ryabkov's answers to numerous questions from journalists.

A meeting of the Russia-NATO Council in Brussels is scheduled for today. Tomorrow, January 13, consultations should be held in Vienna through the OSCE. Given Mr. Ryabkov's answers, Russia has firmly communicated its position and stands on its own, and it would be time for NATO countries to understand that endlessly "wallowing Vanka" will not work. Vladimir Putin also made it clear that "falling ill" will not work.

Now the broad circles of political scientists and international experts around the world recognize that the new "Big Deal" (namely, this is interpreted in the popular and even specialized press) is no longer needed by the States, and not Moscow. Here is China's growing influence, and huge domestic problems, and the erosion of NATO's rapidly losing influence.

And it seems like negotiations are underway - Washington initially made it clear that Moscow's proposals will be considered, counter-initiatives will be put forward. Already one thing could make a splash - ten years ago, Pentagon officials would not talk. But the situation has changed.

And all the more strange to see against this background the ongoing bare anti-Russian campaign in the Western media. And especially cruel in its rhetoric, traditionally Washington. Do you really not understand, surrounded by Joe Biden, that the riveting of beaks during negotiations, when the security of the whole planet is at stake, does not contribute to the emergence of trust (we are not talking about strengthening!)?

Rhetoric does not change

The day before - already during the negotiations, we note, the Russian ambassador to the United States Anatoly Antonov was forced to say this. He called on the States to abandon aggressive rhetoric against the Russian Federation and move the military potential away from the borders of Russia.

"It is time to abandon the aggressive rhetoric of foreign policy expansion, and think about how future generations will live together. To do this, you need to do very little - respect your neighbor, not threaten and move your military potential away from the Russian borders, "the Russian diplomatic mission quotes Antonov.

According to the ambassador, the North Atlantic Alliance is trying to dominate, but Russia simply has nowhere to retreat. NATO has reached our borders. We will not allow developments that would undermine the independence and sovereignty of the Russian Federation.

These statements could again be considered almost on duty. Didn't our diplomats say this before? They talked. Only now is the situation different - Russia promised to give a military-technical response if its concern is not taken into account. 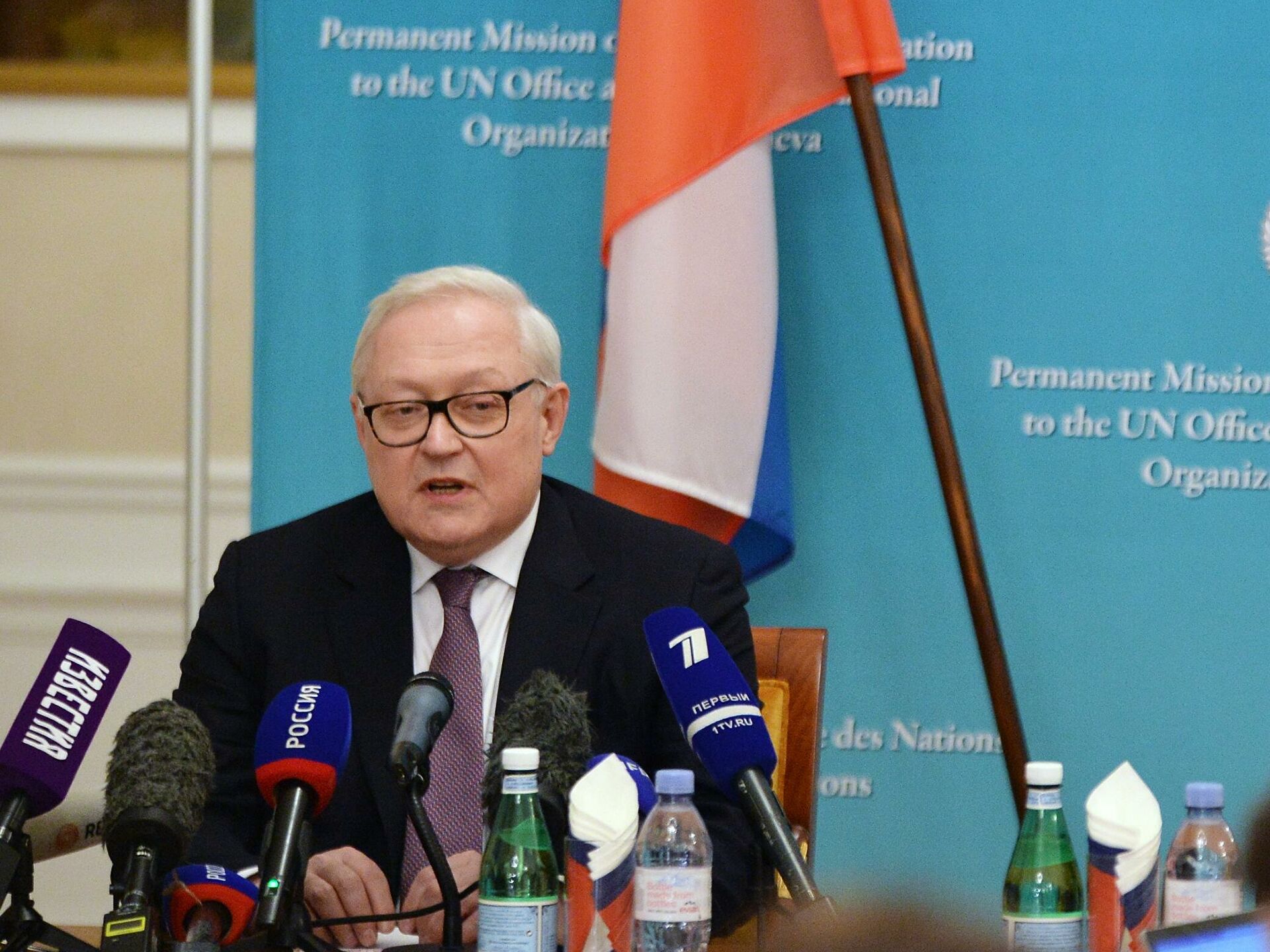 Yesterday, answering questions from journalists, Ryabkov was diplomatic, but extremely cruel. This suggests that Russia is in strong positions and is not going to bend - the time of "retreats" has passed

Of course, as Ryabkov emphasized yesterday, there can be no talk of any mythical invasion of Ukraine, which so diligently scares the Western public Washington and Brussels hawks. But they believed in the seriousness of the answer so much that they hastened to sit at the negotiating table. And not just Americans!

No matter how NATO "inflates the cheeks," it is quite clear: the role of this organization is leveled, it itself is in a deep crisis. Note - key negotiations are underway between the Russian Federation and the United States. NATO is only the next track. To, so to speak, "convey" to the "allies." Brussels is in third place at all, which is very indignant to the head of European diplomacy, Josep Borell. The one who did not call for any Egyptian executions on the head of Russia, than he did not threaten.

And then it smelled fried, and Mr. Borell, juggling the prospects of new anti-Russian sanctions, suddenly humbly asked... Take the interests of Brussels into account in the ongoing negotiations on strategic stability.

This happened even before the New Year, when it became clear that no one really wants to listen to Brussels either in Moscow or in Washington. Prior to this, recall, all European diplomacy, as well as its cranky emanations in the form of Poland and three small state entities in the Baltic, from all irons inflamed fear about a possible Russian attack on Ukraine.

Why is it for Russia, and here Belarus (which was also "pulled up," before that to discredit in the media the artificially created migration crisis) is resolutely not clear. The American press generously helped in this, rolling out cards with a concentration of Russian troops in the territory of the Russian Federation.

Parts located 200-400 km from the Russian-Ukrainian border in places of permanent location were presented as a strike group, ready to crush Ukraine to the very Carpathians.

These dubious fantasies were supported by numerous Russophobes in the European Parliament. A very recent example of the last few days - another map of the "invasion" and deployment of troops is published by the American The New York Times. And right after Orthodox Christmas, January 8th.

Does such a schizophrenic position of our American counterparts and their manual media contribute to strengthening mutual understanding and rapprochement of positions? The question is rhetorical. True, of course, this is not about the entire American establishment. The voices of the mind are also heard in Europe, including in the new German government. But the general trend does not change, it is increasing. And this is exactly what our ambassador Antonov wanted to say.

Maybe it's time to stop?

It seems that even the recent tragic events in Kazakhstan added fuel to the fire. The effective actions of the CSTO led to a new wave of indignation and fear in the West. Look, Putin has his own NATO! Everyone is afraid!

In fact, only looters and murderers who tried to shake Kazakhstan's statehood had to be afraid. And even then not CSTO peacekeepers - they did not participate in the elimination of the pogroms at all, they simply guarded strategic objects, unleashing their hands, resources for the fight to the Kazakh security forces. But is this told to the Western resident?

No, the Western resident is told about expansionist Russia, which sleeps and sees how to crush other states under itself. And, first of all, Europe, which Mr. Borrel is so worried about. In particular, he called unacceptable Russia's demands not to expand NATO to the East.

"If Moscow, as stated, intends to discuss the security architecture in Europe and security guarantees since January, then this is an issue that concerns not only America and Russia. The EU should participate in these negotiations, such negotiations only make sense if they are held in close cooperation and with the participation of the EU, "said Josep Borrel.

Mr. Borrel, but what did you not negotiate when you called for the introduction of more and more sanctions against Russia, rocked anti-Russian hysteria, searched throughout Europe for Russian spies, put pressure on Belarus, broadcast about Russia's aggression in the European Parliament?

And where were the votes of Europeans when offensive weapons were deployed on their territory, which were clearly not directed against Iran or North Korea? Then the interests of Russia were taken into account? Have they at least been heard and taken note of? 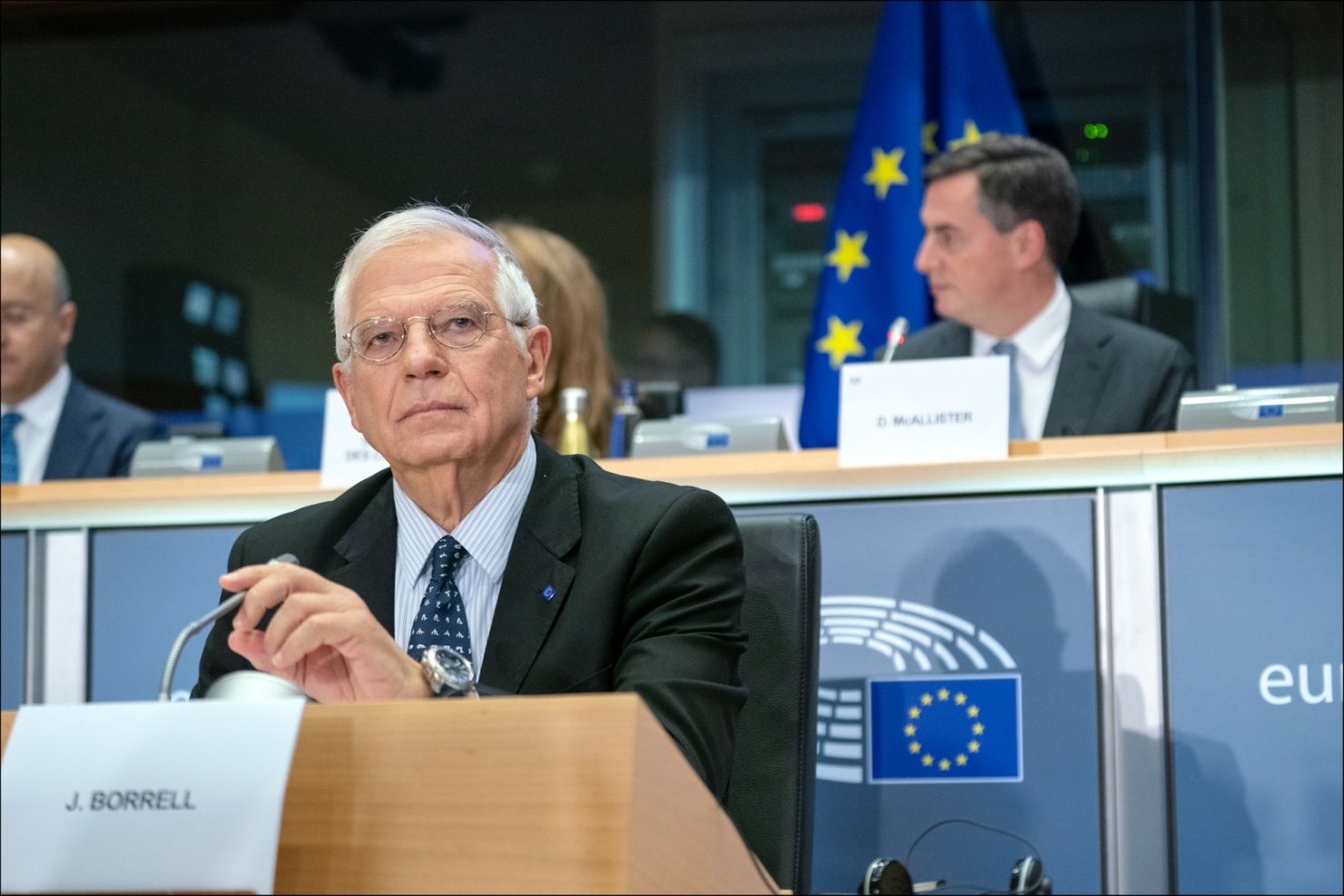 Josep Borrel realized too late that speaking with Russia in the language of strength and false accusations means driving himself (and with himself - all Eurodiplomacy) into a "internecine," not respected by any of the major players

So your pathetic requests to convey the decisions of large players to the Eurobureaucracy will also be taken into account. And the actions that in the situation of possible agreements will need to be taken by Europe - reported separately, including from Washington curators of European policy.