How did the daughter of the Ryazan Governor get an income twice as high as that of her influential father? The wife of the head of the region and the heads of enterprises that receive hundreds of millions of rubles on state orders under Nikolay Lyubimov may know the answer.

As it became known to the correspondent of  The Moscow Post, the underage daughter of the head of the Ryazan region Nikolay Lyubimov declared an income for 2019 twice higher than that of her influential father - 10 million rubles against only 4.3 million rubles.

Despite the fact that the Governor's office hastened to assure that the daughter's money came from the sale of real estate by the family, few people believe this. According to rumors, the step to pump money into her daughter's accounts was absolutely forced. Because there were questions concerning last year's Declaration of Lyubimov - then his income was about 15 million rubles.

It seems that a year later, ten million of income was simply transferred from one account to another in the hope that the media would not notice. However, it was noticed. Against the background of the enormous impoverishment of the Ryazan region, which continues to sink under Lyubimov in social and economic problems, the multi-million-dollar income of the Governor's family seems like fiddling while Rome is burning.

Promises to seriously raise the average salary for almost three years remained promises. At the end of 2019, it was only about 30 thousand rubles - one of the lowest rates in the country. This was written by Komsomolskaya Pravda.

The subject's creditors are also not feeling well. As of January 1, 2020, the region's national debt amounted to 22.3 billion rubles. In total, about 150 million rubles less than at the moment when Lyubimov came to the region in 2017. The current figure means that each resident of the region, including infants and the elderly people, accounts for a little more than 20 thousand rubles.

And it seems that it was possible to achieve this level of public debt only thanks to its restructuring, the decision on which had to be carried out through the State Duma. Regnum wrote about it. It is easy to assume that without this extreme measure, for today the state debt under Lyubimov could reach 30 billion rubles.

Against this background, the stories of Lyubimov's people about the sale of some real estate, which made the cash register for the welfare of their daughter, seem to be not a very nice farce. After all, Lyubimov's close relative has two more apartments with an area of 92 and 127 square metres in her "reserve".

It is not the first time that scandals, somehow related to real estate, arise around Nikolay Lyubimov. Earlier, the public response ended with rumors that Lyubimov was allegedly building personal housing at the budget expense. This was written by the Ryazan.Life portal.

Then it turned out that the head of the region really became the owner of real estate, but he did it at his own expense, "fitting in" with shared-equity construction by selling property in the Kaluga region. Not every press office believed such explanations.

As a result, it may well be that Nikolay Lyubimov sold some real estate in a year, providing his daughter with a comfortable future. But, it is suspicious that, according to the old tradition of Russian officials, there were no apartments registered to the Governor himself. Only one that is being used at the moment. Shares in the other one are owned by the official's wife, Oksana Lyubimova. At the same time, she earned a modest 1.8 million rubles for the year.

According to evil tongues, allegedly it is Oksana Lyubimova in the Governor's couple who plays the first fiddle in earning banknotes. She, again according to the old Russian official tradition, remains the poorest relative. However, there is an assumption where the family of officials can get the money to add 10 million rubles to the daughter's accounts.

As it was found out, that a woman with the surname, first name and patronymic identical to  the Ryazan region Governor's wife, Oksana Vladimirovna Lyubimova, was listed as a General Director of the Ryazan autonomous non-commercial organization Lean Manufacturing Centre (LMC) of the Ryazan region.

It is curious that the company was founded in 2017, a few months before the appointment of Nikolay Lyubimov as acting head of the Ryazan region. And only in September 2019, she left the post of CEO. And even more curious that this office had other founders who may be related to the Lyubimov family. Founders who receive large state contracts under Lyubimov.

Now co-founders there are offices of STL PRO LLC, Tekhnologiya XXI LLC, OJSC Tyazhpressmash and ZhBK-8 LLC. LMC itself is the founder of TD Tyazhpressmash LLC, which showed revenue of almost 300 million at the end of 2019.

The head structure of TD Tyazhpressmash and the founder of LMC is OJSC Tyazhpressmash - a plant for the production of forging and pressing equipment. Ryazan businessman Alexey Volodin was previously named the sole founder. He is also the company's CEO. 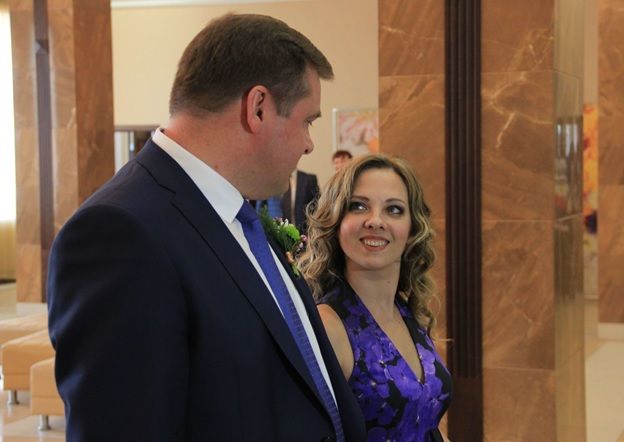 Governor Nikolay Lyubimov with his beautiful wife during a public event

A number of other companies associated with the LMC, which was headed by a "certain" Oksana Lyubimova, have all the signs of fictitiousness. Funds could easily be withdrawn through them, if they were obtained by someone in a dishonest way. For example, through a possible "cut" of budget allocations for state contracts.

Thus, RTC-Centre for regional initiatives LLC, with an authorized capital of 10 thousand rubles, does not have employees in its staff. Revenue at the end of 2019 amounted  - zero rubles, loss - 54 million rubles. At the same time, the book value of the Company's assets turned out to be positive - 9.4 million rubles. 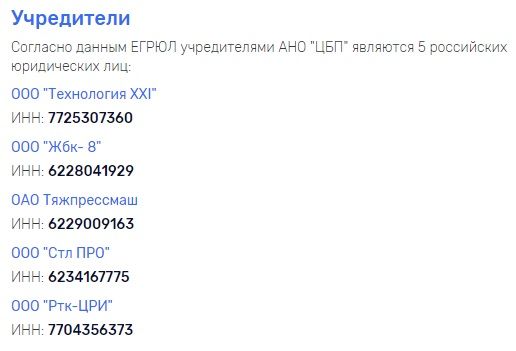 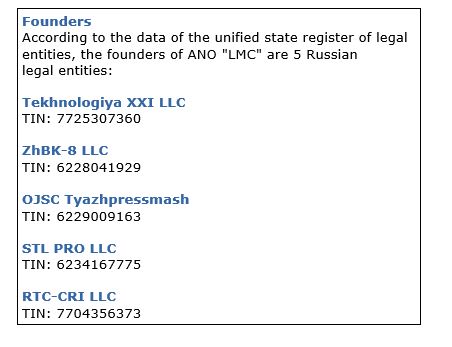 Another company, the STL Pro construction firm, was registered in March 2017 - again a few months before Lyubimov took office as a Governor. Under Lyubimov, it managed to get a contract for major repairs of Ryazan school No.24 for 11 million rubles. Today, the structure's indicators are full zeros - for 2019, it did not receive any profit or revenue. What does this mean?

Was Lyubimov's team given a "warning"?

Of course, all this suggests that such organizations are affiliated with regional officials. However, Lyubimov himself does not particularly deny the existence of corruption in the region under his administration. For example, in November 2018, he openly stated that he knew about the facts of corruption in the previous structure of the regional government. This  structure worked under him for at least six months. It is reported by 62.Info portal.

Lyubimov had to shake up officials from his team in the summer of 2019, after two years of his governorship. Then several high-ranking officials were dismissed at once. Sergey Karabasov, acting head of the Ryazan administration, Igor Kovalev, head of the Department of Energy and housing of Ryazan, Vladimir Grachev, Chairman of the regional election Commission, and Ivan Mironov, head of the housing Inspection of the Ryazan region, resigned from their positions.

What is even more indicative - Lyubimov also signed decrees on the dismissal of three of his deputies - Larisa Krokhaleva, Vitaly Artemov and Oleg Kharievsky. This was written by the 7х7 portal.

They say that Lyubimov took such drastic measures due to the insistence of curators from the Presidential Executive Office. Allegedly, they were dissatisfied with the fact that instead of combating corruption, Lyubimov, according to rumors, only more actively entered his people into local corruption schemes.

For example, ex-Chairman of the Election Commission Vladimir Grachev was previously caught by the Deputy CEC of Russia Nikolay Bulaev in the misuse of about 1 million rubles from the budget. This was also written by the 7х7 portal.

The former head of the Department of Energy and Housing of the administration of Ryazan was arrested on June 4, 2019 in the case of fraud on a particularly large scale with the installation of a playground, 7х7 reports.

Even more curious is the resignation of the acting head of the Ryazan administration, Sergey Karabasov. He became acting in September 2017, almost immediately after Lyubimov's arrival. During the leadership of Karabasov, the Director of the Detskoye Pitaniye municipal enterprise Alexander Dvoretsky was arrested for a bribe, 7х7 writes.

The scandal with this baby food at the time reached almost the Federal level. Dvoretsky was detained in his own office when he took more than 1 million rubles from a representative of the Ryazan organization. This was written by Ryazan.Info.

Later in this story, Alexander Zaikin, the mayor's adviser, also appeared. Both officials were taken into custody, and the Ryazan administration was searched. As it can be seen, the former acting head Sergey Karabasov could also have got in the middle of it. 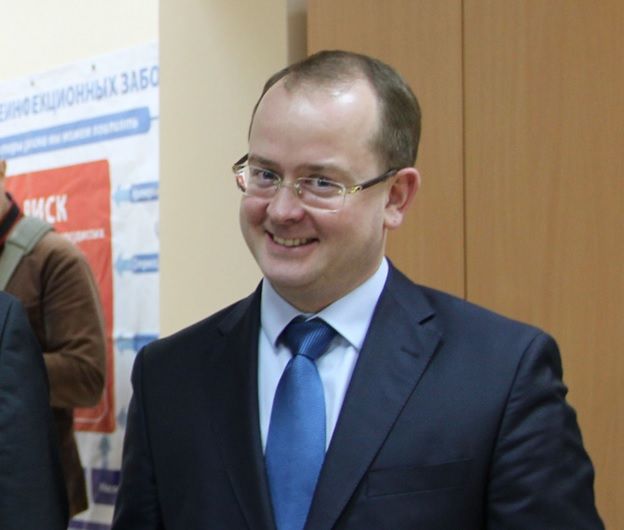 Did Sergey Karabasov "run" from his position so as not to come into view of the security forces?

It is rumored that Nikolay Lyubimov adopted this style of working with managerial personnel from the Kaluga region, where he worked for many years under the odious Governor Artamonov. At one time, until 2010, he was also the mayor of Kaluga.

There are plenty of sins attributed to Artamonov and his team. They include rumors of widespread corruption, the squeezing of profitable enterprises, and the placement of dubious, but very personally loyal individuals in key positions in the region.

Could Lyubimov, who is alien to the Ryazan region, have brought something of this? If he could, he did it very lazily… After all, if someone wanted to hide illegal income, then doing so by transferring millions of rubles to an underage daughter is clearly not the smartest decision.