The government paid the debts of Rusnano for 9.5 billion rubles - and this is not the limit, because under Chubais the state corporation gained them by almost 80 billion rubles.

Today there was news that caused bewilderment in Russian society. It turns out that the Ministry of Finance of the Russian Federation, led by Anton Siluanov, squared up and repaid the obligations of the long-suffering state corporation Rusnano to creditors for the sixth issue of the structure's bonds.

At the same time, the ideologist himself and the head of the state corporation Anatoly Chubais, who is permanent until 2020, have long been absent from the country. Sensing the wind of change and possible responsibility for the actual collapse of Rusnano and its related structures, he "persisted" from the Russian Federation through Turkey, without promising to return.

What Chubais could flee and what legacy he left to the country along with Rusnano and his other dubious undertakings, the correspondent of The Moscow Post understood.

People's indignation is easy to understand: there are enough economic problems in the country, huge social obligations are on the budget. Instead of putting money on people, the development of health care, and so on, the Ministry of Finance paid 9 billion rubles in the face value of the bond loan, plus 560 million rubles in the income of creditors.

A reasonable question arises for Mr. Siluanov, and other responsible persons in the Government. Obviously, Rusnano cannot pay. Will the Ministry of Finance continue to extinguish the obligations of the leaked state corporation at the expense of the budget? At the same time, Rusnano spent money to "cover the rear": only for some lawyers they spent under 100 million rubles on state contracts. Contracts were concluded with the "Bar Association MGKA-1."

There is already an answer - most likely, yes. Since the foundation of the structure, Rusnano has received state support for more than 404 billion rubles. And 252 billion of them are state guarantees, including on credit payments.

To understand: 404 billion rubles are 25 annual budget revenues of a region such as Kalmykia. So while we have underfunded regions, science, education, medicine, the budget will deal with the legacy of Chubais.

Rusnano was created in 2007 (in 2011 it became JSC), as one of the advanced institutes of high-tech development of the Russian Federation. It was assumed that it would become a center for the development and promotion of nanotechnology, a promising topic. But not when Anatoly Chubais, known throughout the country for a series of economic crises in the 90s, became its ideologist and leader.

The fact that things are going badly for Rusnano could have been guessed for a long time. Firstly, not a single more or less serious and paid off development in the field of nanotechnology, the center of growth did not work out. Secondly, the company regularly asked for money, and from everyone. Both the state and private creditors - the expression of which was a whole series of bond loans.

Perhaps he was not going to pay the bills, but took money to cover the holes already formed in the Rusnano budget after possible financial fraud. However, the presence of the latter can only be established by the court

Anatoly Chubais left Rusnano only in 2020. The problem was such that there was apparently nothing to squeeze out of the state corporation. Anatoly Kulikov took the place of the former first deputy chairman of the Government of the Russian Federation. And in the spring of 2022, Kulikov turned to the Prosecutor General of the Russian Federation with a request to conduct an audit of the company's activities under the previous head. Forbes wrote about this.

As Kulikov noted, in 2016 (i.e., a year after the sixth issue of bonds, which the Ministry of Finance has now repaid), the size of the corporation's obligations exceeded the value of its assets and the property shortage became obvious, there were signs of bankruptcy.

That is, the company could have collapsed even then, but it existed by attracting new credit funds, which, apparently, did not even think to repay. Still - as mentioned above, a significant part of the obligations was provided by state guarantees.

Given Kulikov's letter in the spring of 2022, one should not strongly link the departure of Anatoly Chubais with the beginning of the SVO. Apparently, he understood that with such flaws, it would not be possible to remain "untouchable" for a long time.

In November 2021, it became clear that Rusnano was in a pre-default state. Then trading in its shares was suspended for some time on the Moscow Exchange - apparently in order to avoid their complete depreciation.

And already on December 1, it became known that Rusnano somehow avoided default, again, on a bond loan of 4.5 billion rubles. The very state guarantees that Anatoly Borisovich, according to rumors, personally begged for in the high offices of the White House helped.

As a result of the last reporting year 2021, you will not look at the main legal entity Rusnano without tears. The company's losses amounted to 37 billion rubles, the value of assets for the year fell by 42 billion rubles. At the same time, Rusnano acted as a supplier for state contracts for 15.5 billion rubles, and the customer for the amount, attention, of almost 1.4 trillion. rubles. 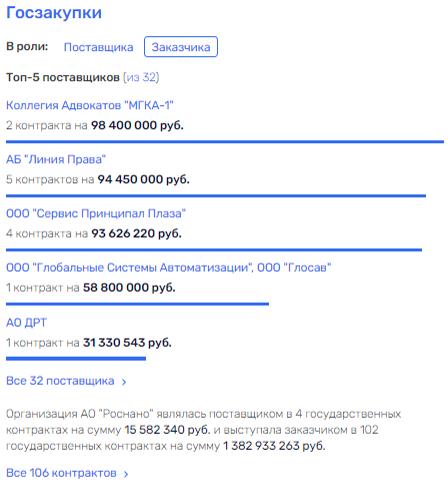 Where did this money go? It turns out that the first in the list of Rusnano counterparties who acted as a state customer was the Bar Association MGKA-1 which was loaded with contacts of almost 100 million rubles. That is, Anatoly Borisovich preferred to spend state money even legally to fight off numerous claims to the activities of the structure in the courts. What high technologies and development are we talking about?

Considering that during its work, the state corporation made a profit only three times - in 2015, 2017 and 2018 (and a very modest one) again the question - and for what purpose were state guarantees issued to it and budget support was provided?

Who is to blame for everything

The decrease in asset value can be easily explained. Even shortly before his departure, Anatoly Borisovich and managers close to him began to "throw off" some assets, the funds for the development of which could be corny stolen and withdrawn from the country. After Chubais left, this process accelerated - clearly not without his help.

At the beginning of 2022, it became known that Rusnano was selling its stake in the Wind Energy Development Fund (FRV), created on a parity basis in 2017 with Fortum (a subsidiary of the Finnish company Fortum).

But it was Chubais who at one time convinced the Government of the need to develop the so-called. "Green energy." In 2017, when the complete failure of Rusnano was already obvious, he asked the Government to allocate as much as 1 trillion rubles for windmills.

As soon as Chubais left Rusnano, Alexei Mordashov's Severstal hastened to buy 24.5% from Rusnano in the VRS Towers company, which produce towers for wind power plants. No wind generation under the leadership of Anatoly Borisovich came out.

By the way, the former Minister for Open Government Affairs Mikhail Abyzov, who is now accused of large-scale fraud, has always been spinning in this topic next to Chubais.

Abyzov has been in conjunction with Chubais since the time of RAO UES of Russia. Anatoly Borisovich headed the structure, and Mikhail Abyzov was his right hand, responsible for the financial and investment policy of the company. Abyzov also received the settlement and dispatch center of RAO, that is, Chubais gave him the levers of managing multibillion-dollar financial flows.

Chubais and Abyzov were in a bundle, since the time of RAO UES of Russia. Then Chubais headed it, and Abyzov was his right hand, responsible for the financial and investment policy of the company. Chubais, on the other hand, placed at the disposal of Abyzov the settlement and dispatch center of RAO, that is, in fact, the levers of managing multibillion-dollar financial flows. 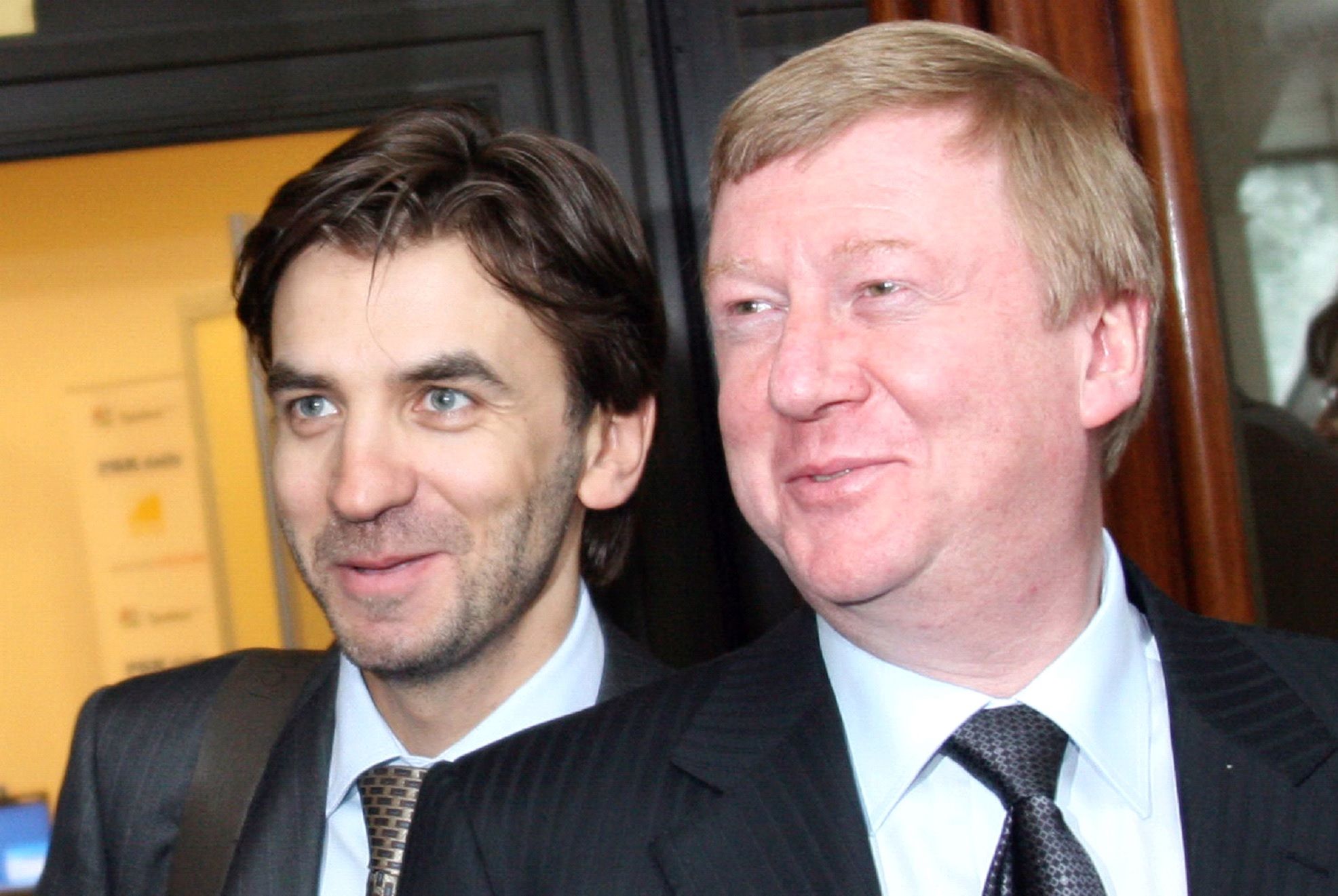 Another important fact: it seems that Rusnano did not want to pay private state-owned banks. At the end of 2021, the structure immediately sent pre-trial claims to three banks to invalidate the loan agreements concluded with them - these are Sovcombank, Promsvyazbank and Ak Bars.

Just an amazing attempt to pretend to be a fool, more like blackmail. However, in some places it turned out: Sovcombank of the Khotimsky brothers agreed to restructure the debt, which at the end of 2021 amounted to 40 billion rubles.
This turned out to be the legacy of Anatoly Chubais following his work with Rusnano. You can recall much more - RAO UES, and before that - privatization that has already cooled everyone, popularly called "grabbing," when, under the supervision of the Government, which included Anatoly Borisovich, huge pieces of the country's economy went into private hands for almost nothing.

But apparently it was the story with Rusnano that finally convinced Chubais that it was impossible to stay in the country. Perhaps he was afraid that he might have questions from law enforcement officers. Only one fact: after leaving Rusnano, Chubais for some time became the managing partner of AFK Sistema Vladimir Yevtushenkov. 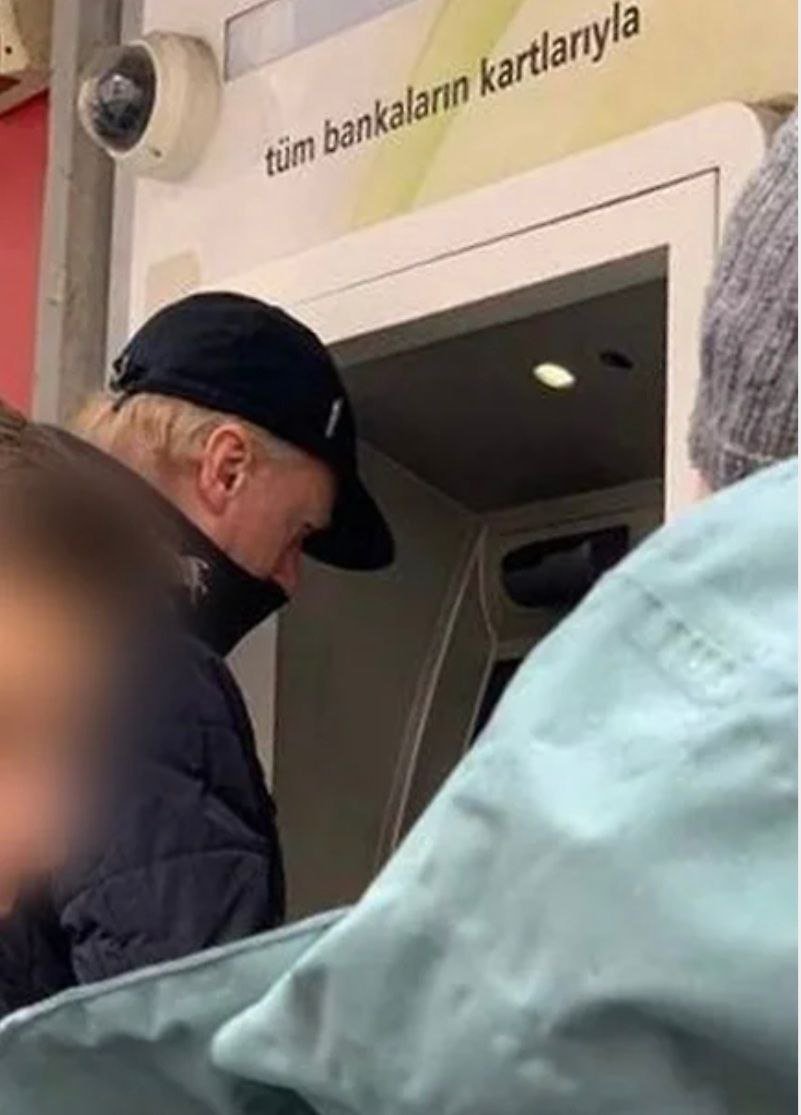 Chubais persisted, and did not promise to return. Photo: open sources

Such cooperation also promised a lot of profits, but the risks of being in the country with the collapsing Rusnano, apparently, turned out to be stronger. And it's just surprising how for the entire time of the brilliant failures of Anatoly Borisovich, the security forces did not have questions for him...