Rosatom is trying to "get out of the influence" of Philip Gens.

The subsidiary of the state corporation Rosatom is going to buy the IT contractor Security Code, which belongs to Philip Gens, according to The Moscow Post. The latter is the owner of the scandalous company "Lanit," which appears in the case of embezzlement of 600 million rubles on the creation of GIS TEK.

Rosatom has long used the resources of the Security Code to solve its own problems. According to Rusprofile, the FSO, the Rosgvardia institution and the VTB structure are also ordered from the contractor. 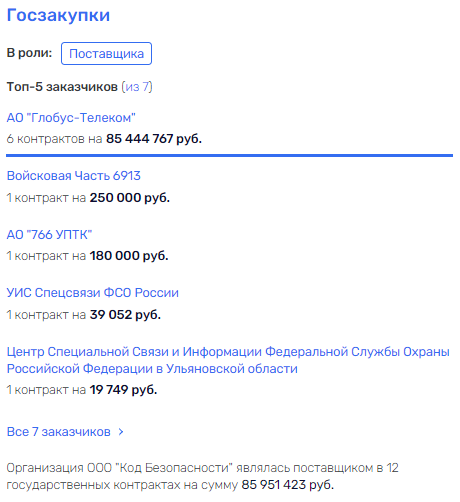 It's funny, because the company belongs to a possible future defendant in the criminal case, Philip Gens. Recall that the creation of the former Deputy Minister of Energy Anatoly Tikhonov, who was so normal and did not earn the GIS TEK, was "overgrown." Together with him, a number of lower officials and two top managers of Lanita were detained.

The father of Philip Gens Georgy Gens, who died in 2018 and after that his share passed to his son, did not fall under the investigation together with Tikhonov "and KO." But it's not that simple. The case has been going on for several years, and therefore there is reason to believe that the blame for all the sins may try to blame the deceased. After all, as we said in the investigation of Anatoly Tikhonov's Krasnoyarsk Adventures, other equally influential persons who fear that Tikhonov will "untie his tongue" may be behind the former deputy minister and his actions.

Oddities in the implementation of the GIS TEK project began back in 2013, two years after the conclusion of the contract. Then the Accounts Chamber revealed that more than half of the total costs planned for the creation of the system had already been transferred to the contractor's account for actually outstanding work. In particular, experts noted that most of the results of research work (research) on GIS TEK does not meet the terms of the contract and terms of reference, the work was performed with a huge delay (for 6 months instead of the planned 20 days), and out of 50 tasks that should be solved during implementation, only 23 were solved.

She reported this to the Prosecutor General's Office and the Ministry of Energy. And here it would be time to break the contract and look for a new contractor, and collect a penalty from the old one. But the matter was released on the brakes. Apparently, Tikhonov tried... and his then chief Alexander Novak?

The deadlines for the delivery of the system have been postponed several times. In 2016, Roman Shcherbov, director of the state information system project (then Tikhonov's subordinate), was arrested and convicted of fraud. And then it was just right to worry Tikhonov, but... did greed ruin? The contract was not broken.

If you believe the information from the petition on the Change.org 's website, Shcherbov was extorting a bribe from the ISSB company, which also partially participated in the project, but was "thrown out" and subsequently bankrupt. Moreover, according to the author of the petition, Shcherbov allegedly sent money received on a bribe (40 million rubles) to Endevel, the Lanita contractor for the GIS TEK project. "That is, he sent a" rollback "to the" common fund "of the Ministry of Energy," the author writes. 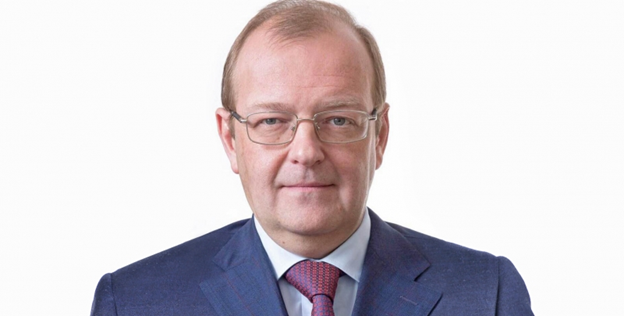 And in 2017, when the Accounts Chamber once again went to check what was happening "on the fields" of GIS TEK, Lanit and the Ministry of Energy, both, apparently trying to evade responsibility, even exchanged lawsuits, accusing each other of disrupting the deadlines for execution under the contract. As they say, fate warns three times. Soon Tikhonov and his accomplices were detained.

Philippe Gens in his father's footsteps

While the investigation is ongoing, Lanit and its subsidiaries continue to receive government contracts in huge numbers. It seems that customers are not at all embarrassed by the potential participation of Philip Gens in the "sawing" affairs of the company. Still, do not forget that the son of the late George Gens since 2008 worked in the company as one of the vice presidents. This means that he had direct access to the affairs of the company. 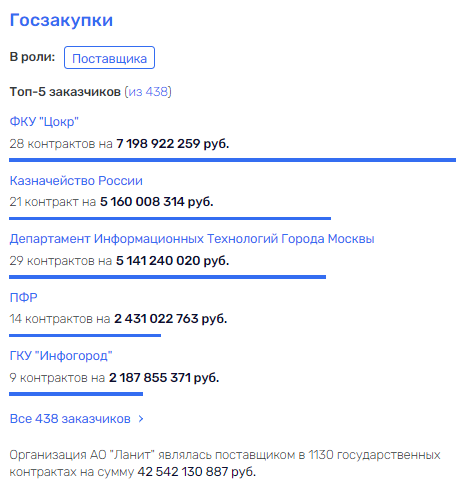 The amount of state contracts of the parent structure is 42.5 billion rubles. At the same time, back in July of this year, the figure differed by 3 billion rubles. Contracts pour in like Christmas presents. Photo: https://www.rusprofile.ru

After Philip Gens entered the rights of the head of the company, almost immediately Lanit Integration (Lanit structure) proposed to supply Chinese-made equipment to schools at a price three times the real cost of laptops. If the FSB had not intervened, the deal could have passed "like butter," and the "surplus" could have disappeared into Gens' pockets?

In addition, the company constantly becomes the object of claims of tax authorities. The company pays multibillion-dollar fines and continues to "schematic." According to Versiya, Lanit may not actually incur any losses, but only enrich itself in this way due to the fact that the received "economic costs" in the form of a fine are "laid" in the next state contract concluded with an insufficiently prudent department or state-owned company.

As UtroNews wrote, the Lanita structure of the Inventive Retail Group, launched already under Philip Gens, may be a "washing" company through which financial flows, including from public procurement, go.

For the time being

Despite all the scandals and perhaps even the criminal case that looms before Philip Gens, Lanit not only does not think about "leaving the radar" yet, it also expands its influence. Recently, the company signed an investment agreement with the developer VolgaBlob: companies will jointly create comprehensive solutions for monitoring the IT infrastructure, detecting cybersecurity incidents and assessing the compliance of business processes with specified parameters.

In just in mid-July, Treolan (part of the Lanit group) announced a partnership with one of the leaders in the production of IoT devices and digital products - the SUNMI brand. In general, "Lanit" blooms and smells and it seems that it does not care at all that the former tops of the company are accused of stealing giant sums from the state budget.

As for the "Security Code," in addition to Gens, Efimov Pyotr Valentinovich and Golova Alla Vladimirovna own small shares in the company. The first - a former military man, studied at the Kyiv Higher Engineering Radio Engineering School of Air Defense (KVIRTU) named after Air Marshal A. I. Pokryshkin and himself, according to an interview published on the IKS Media website, did not hide the fact that the children of many high-ranking military went to it.

Later he was transferred to Moscow, where he spent some time in the military, and then created his own company Informzashchita and since then has been cooperating quite closely with government agencies and earning on contracts with large military and other structures. 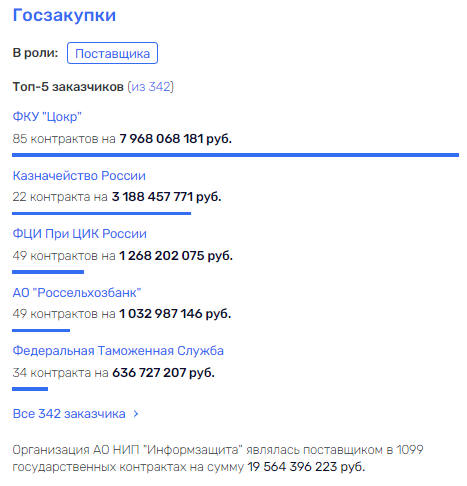 Alla Vladimirovna Golova does not shine in the media. We know about her that she is the founder of two more structures related to information technologies - Trust Technologies LLC and Secure Software Solutions LLC. The first company, like Efimov's, is "friends" with military structures (the largest customer of the PKU NPO "STIS" of the Ministry of Internal Affairs of Russia). The second - with the Moscow near-government GKU "Infogorod."

If you look at the situation with Rosatom's desire to buy out the Security Code from a different angle, there is an attempt to reduce risks. That is, if Gens is taken into the development of law enforcement structures, this, firstly, can significantly affect the work of the company with which Rosatom cooperates. Secondly, damage her prestige. Therefore, the state corporation may consider the option of buying a company, including in order to avoid such "excesses."