Who will be responsible for possible thefts during the construction of the Kyzyl-Kuragino railway in the Republic of Tuva? After the freezing of the project and the resignation of the failed work in the Kara-oola region, the prospects for returning budget money melt before our eyes.

According to the correspondent of The Moscow Post, the long-term head of the region, Sholban Kara-ool, who has led him since 2007, resigned. His successor was Vladislav Khovalyg, the little-known general director of Tyvaenergosbyt JSC outside the Republic, who had previously worked as mayor of Kyzyl for 10 years.

Khovalyga is called a man from the Kara-oola team, so observers do not expect quick changes in the Republic for the better. At the same time, it is believed that Khovalyg will maintain electoral and intra-elite stability in the region. But it would be that to preserve: under Kara-ool, the region has become so diverse that experts doubt that Khovalyg's fall will at least slow down.

In addition to, in fact, corruption scandals, there were two claims to Kara-ool: the complete failure of the socio-economic development of Tuva, as well as large-scale infrastructure and other projects of the Republic, where serious money was invested, including federal ones. But - to no avail. In this regard, many consider the departure of Kara-ool a wise step, therefore, another step could be the interest of law enforcement officers in him and his person.

Is Tyva a beggar and a drinker?

Regarding the socio-economic situation in Tuva, it is not necessary to explain much. According to Kommersant in 2019, the government included Tuva in the top ten regions with the most difficult socio-economic situation. Several indicators turned out to be the worst at once - the average per capita income of the population, the share of people with incomes below the subsistence level, extremely high unemployment and practically absent investments in fixed assets.

RIA Novosti in 2020 put the Republic in last, 85th place in terms of quality of life. At the same time, Kara-ool, of course, tried to justify himself. According to him, such results are associated with "the lack of road infrastructure and low socio-economic development of the territory".

If the second could still be written off to the fact that in 10-15 years it was difficult to achieve radical changes, then Kara-ool could cope with the roads, and the infrastructure as a whole - enormous funds were allocated for this, and we will still say this.

Everything that has been said applies, first of all, to Kyzyl, where Mr. Khovalyg held the post of mayor from 2008 to 2018. That is, he came to the post a year after Kara-ool became the head of the region - specifically "under him." The result?

According to the "Sign", Kyzyl regularly tops the rating of the most dangerous cities in Russia. Allegedly, the population here with entire families raises banned plants for sale, drank and cuts each other for free. In 2020, 45 murders per 100 thousand people took place in Kyzyl. The figure is huge. At the same time, the residents interviewed assured that in terms of salaries, none of the ordinary people receives more than 15-16 thousand rubles. Where's next?

All this "economy" was in sight, including at the federal center. Kara-ool was given a chance to rectify the situation, but he seems to have been engaged in other things. According to evil languages, allegedly Kara-ool tried to squeeze the maximum out of the region, lobbying large infrastructure projects on its territory, where extremely odious individuals could enter with his consent.

One of the landmark projects was the construction of the Kyzyl-Kuragino railway line. This railway was supposed to be the first branch in the Republic in many decades, but the project fell apart. Two days ago, on April 6, 2021, the Government of the Russian Federation announced that the road construction project was postponed for 5 years. Given that it has been worked out for almost 20 years, all this resembles a scam on which budget billions could be stolen.

The idea of ​ ​ the Kyzyl-Kuragino branch arose back in 2002 from senators from the region, banker Sergei Pugachev and Lyudmila Narusova. Both personalities are scandalous, but they did not become the beneficiaries of the project. Pugachev then owned the Elegestinsky coking coal deposit - it was a branch that was supposed to lead to Elegest.

The project was estimated at 72 billion rubles, half of which was to be given by the federal center. Pugachev even bought a coal combine and began mining the corner. However, clouds over Pugachev thickened, and he sold his business to an entrepreneur originally from the Chechen Republic, Ruslan Baysarov.

It was his Tuva Energy Industrial Company that received a license to develop the field. Term - 20 years, price - 548 million rubles. They say that Pugachev was "convinced" to sell the business to Baysarov, and later the ex-banker himself fled the country. SK suspected him of withdrawing funds from Mezhprombank, RBC wrote about this.

There is an opinion that the transition of the field to Baysarov's control could have occurred in violation of the law. Pugachev could simply deceive. According to the authors of the Kompromat Ural website, allegedly Baysarov was obliged to pay more than $1 billion for his stake in CJSC Yenisei Industrial Company (EPC) under a deal with Pugachev. However, time went on, and the businessman did not pay, which leads to bad thoughts. 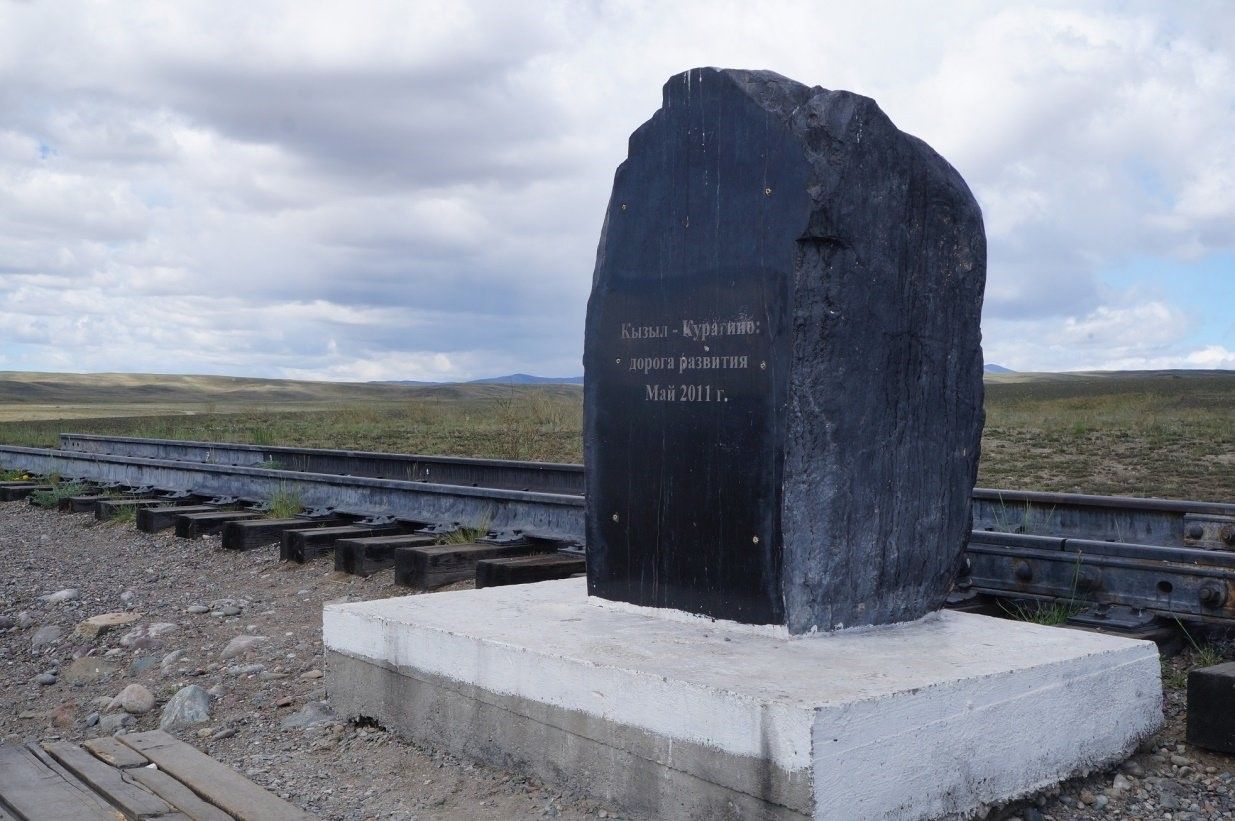 The Kyzyl-Kuragino road was supposed to be a huge incentive for the development of Tuva. But she did not - she was not even born.

Subsequently, the price of the branch project increased to 240 billion rubles. At the same time, Baysarov distributed to bring the level of production to 15 million tons, and the volume of his investments (taking into account the railway!) Was supposed to be $9 billion, Kommersant wrote.

In the spring of 2018, the Government agreed to include the Elegestinskoye field and the future Kuragino-Kyzyl railway as part of the Yenisei Siberia comprehensive investment project. It got to the point that Deputy Prime Minister Igor Shuvalov personally announced his readiness to provide Baysarov with benefits in the form of state guarantees to cover 75% of the project cost.

However, apparently, the entrepreneur's plans have changed. Coal mining at the field ceased, as did the construction of the road, which was already being carried out by the contractor OOO Most. He went bankrupt, most likely, burying budget money with him. In 2019, Baysarov entered into an agreement with Russian Railways, which was supposed to become a general contractor. We know the result - nothing has been done. 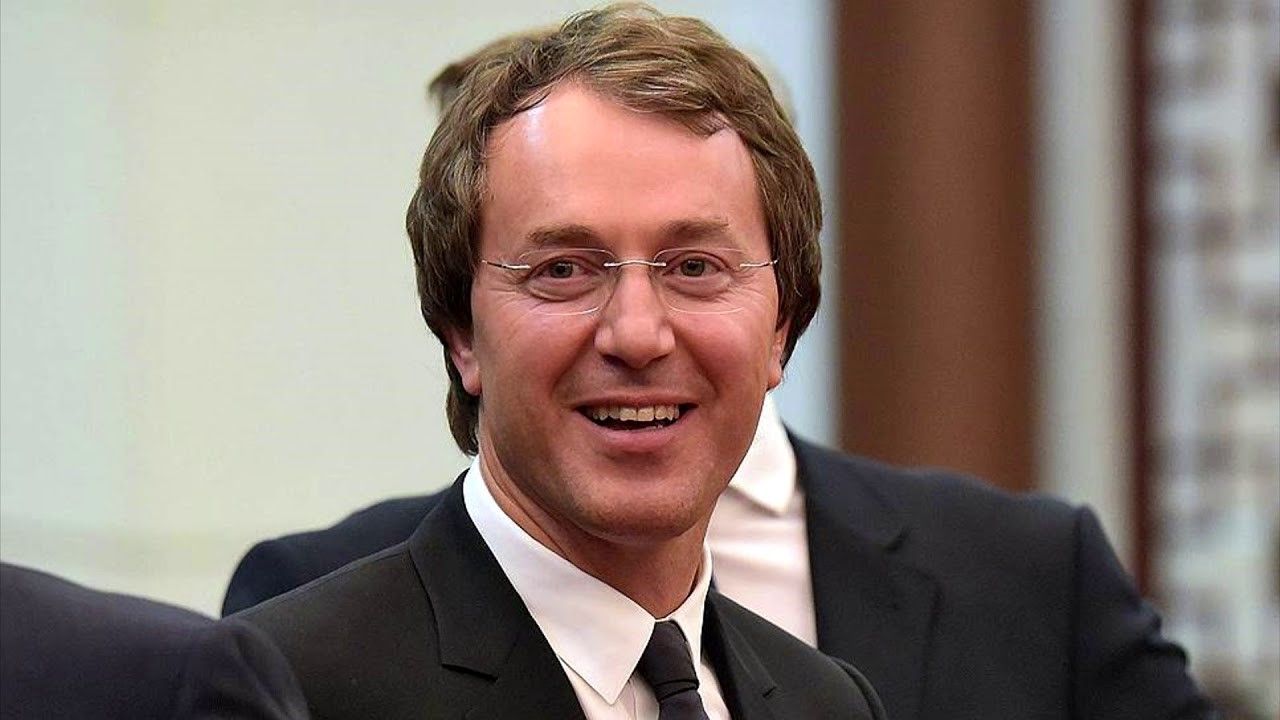 Ruslan Baysarov, who made promises, was out of business?

It is strange that Kara-ool and other members of the elite generally went to cooperate with Baysarov. The media wrote about the conflict where the thieves allegedly collided in the law Beslan Dozhua (Besik), Mayrbek Dakaev (Mayer) - and Baysarov, to whom Gryaznov leased several large objects of the Sovintsentra, and, according to rumors, made it a "roof," since the businessman knew how to "negotiate" with criminal elements.

He managed not only to charm, but also to marry the daughter of Alla Pugacheva Kristina Orbakaite.

Apparently, this and much more does not allow Cabinet officials and Kara-oolu himself to ask Baysarov about the promises made to them. The state will endure everything? But if he could simply "lower" budget money into the pipe, then there were probably those who managed to cash in on this construction site. Among them could be the infamous owners of Summa Group of Companies, oligarchs Ziyavudin and Magomed Magomedov.

Today, both businessmen are in jail. Two days ago, their criminal case began to be considered in Moscow. Together with accomplices, the Magomedovs are accused of creating an organized criminal community for embezzlement and embezzlement of more than 11 billion rubles in the implementation of large projects, many of great importance (for example, Gazprom Arena). About this writes Kommersant.

Among the acts that incriminate the group are the theft of 5.4 billion rubles during the construction of the Kyzyl-Kuragino railway by Stroynovatsia. Stroynovatsiya was part of the Summa Group of Companies and was a subcontractor of the project. At the same time, the reputation of the Magomedovs was extremely ambiguous even before that. Ill-wishers tried to attribute to them many sins - including raider seizures and methods of action that are more suitable for criminality.

Who let Stroynovation on this project is a question, but this clearly did not happen without the consent of Sholban Kara-ool. Today, these very 5.4 billion rubles mastered by the company are unlikely to be found. Claims against Stroynovatsiya received official expression - in 2013, Roszheldor filed a lawsuit against Stroynovatsiya for 5 billion rubles over this very construction site. It turned out that this is an advance, which the company did not return. About this wrote Vedomosti.

Today, you can completely forget about this money - in 2019, Stroynovation was declared bankrupt. Apparently, it's easier to hide the ends in the water. Meanwhile, the structure had state contracts for 125 billion rubles, and it itself - in the register of unscrupulous suppliers. At the same time, the contract for 44 billion rubles from Roszheldor is precisely the construction site of Kyzyl-Kuragino.

At the end of 2019, the company received a loss of 1.9 billion rubles. Where's the money? Perhaps in the Cyprus offshore Limited Liability Company Berchin Limited, on which the structure was recorded. And the fact that the money could leak there - Roszheldor and the authorities of the Republic were not aware?

The general director of Stroynovation was, as is believed, a close person of the Magomedovs, David Kaplan. Shortly after the bankruptcy of the company, law enforcement officers put Maruman Zakaradze, ex-director of the Podolsky Electromechanical Plant (PEMZ), and just David Kaplan, on the international wanted list.

That is, "Stroynovation" could "walk" not only at the construction site "Kyzyl-Kuragino," but also in the Kaliningrad region. But, returning to Tuva: the Ministry of Internal Affairs is imputing Kaplan with an episode of embezzlement on Kyzyl-Kuragino in 2011. Which could hardly have happened without the knowledge of the Magomedovs and those who "brought" to the Republic. 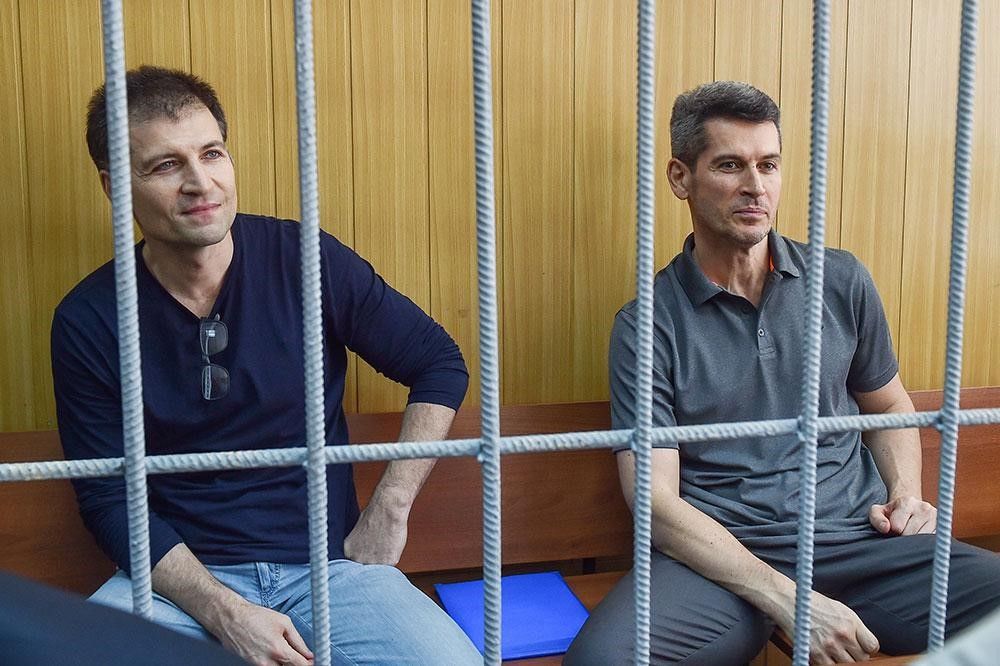 Could the Magomedov company "cash in" on the construction site "Kyzyl-Kuragino"?

However, unidentified persons may soon be identified. They can't find Kaplan, but they found the Magomedovs - and if they prove their guilt, a lot will clear up. Now you can't dig into Baysarov, too - promises remained promises. At the same time, where almost 40 billion rubles went (assuming that 5 billion were indeed stolen) is not at all clear.

All this suggests one thing: it seems that Kara-ool left very, very on time. Because he had to be fully aware of the whole situation - the whole project then began, then was slowed down precisely under German. And if there really was something behind him, and he was called to account - with some apologies to the voters that he made after his resignation, he would definitely not have escaped.