Return of the "Paper King"

The ex-defendant in the criminal case of fraud, former State Duma deputy Vladimir Krupchak from abroad began to threaten independent media who spoke about him seven years ago.

According to the correspondent of The Moscow Post, our publication received a claim from the next hero of our publications. True, the hero is a little forgotten (we think undeservedly), namely the former State Duma deputy from United Russia (2003-2007), a former prominent politician and businessman from the Arkhangelsk region Vladimir Krupchak.

The claim sent by representatives of Vladimir Krupchak referred to one of our publications in 2014. Specifically, about the article "Money for the Arkhangelsk forest settles in the pockets of Ukrainian oligarchs."

The title of the article speaks for itself. It described, among other things, the activities of the Arkhangelsk Pulp and Paper Mill (ASBK), one of the main beneficiaries, which in those years was Vladimir Krupchak. I have to stay with him today.

As of 2018, he served on the Board of Directors of ASBK, as well as on the Boards of Directors of Titan Group of Companies (a Russian company engaged in the production and sale of synthetic rubber, latex, MTBE) and Lesozavod 25 CJSC. For his deep interest in timber processing and the trade in paper and cardboard, Krupchak was jokingly called the "Paper King."

True, at the time of the publication of that article, Krupchak himself was no longer in Russia for a long time - he moved first to Ukraine, and then to Europe. Why the interest in the material, which mentions the name of the former deputy, arose seven years later, and not immediately after the publication of the article, representatives of the former deputy do not explain.

The representative of Krupchak believes that the material from 2014 defames the honor and dignity of his trustee, that it contains personal data and violates copyright. But what exactly defames honor and dignity, and who is the copyright holder, is not disclosed. That is, there is no detailed claim, as such, but there is a requirement to remove the material completely and immediately.

The editorial board of The Moscow Post rejects such baseless claims against it, since the law is not violated, the material is not going to be removed, but at the same time considers it right to remind society of who Mr. Krupchak is.

Vladimir Krupchak broke into business and politics very rapidly. He should still remain the majority beneficiary of ASBC, although the company does not fully disclose the ownership structure. Earlier, the plant belonged to the Property Relations Committee of the Arkhangelsk Region.

Vladimir Krupchak broke into business and politics very rapidly. He should still remain the majority beneficiary of ASBC, although the company does not fully disclose the ownership structure. Earlier, the plant belonged to the Property Relations Committee of the Arkhangelsk Region.

In those years, namely in the nineties, Krupchak worked as a simple dentist in a hospital. However, after he married the daughter of the then chairman of the Committee on Property Relations of the region Grigory Perfilov, his life changed dramatically.

He quickly found himself in the leadership of ASBC, and not just in the leadership, but at the head of the Board of Directors. In 2002, he owned only 2% of the plant's shares, and they are not clear how they were in his hands. However, he began to negotiate the sale of business, proposals were reported from a number of foreign companies, including Canadian trading JCH Pulp and Paper Inc. About this wrote RBC.

After that, most of the ASBC really ended up in private hands, they only say that the purchase was carried out in the interests of the structures associated with Mr. Krupchak himself. 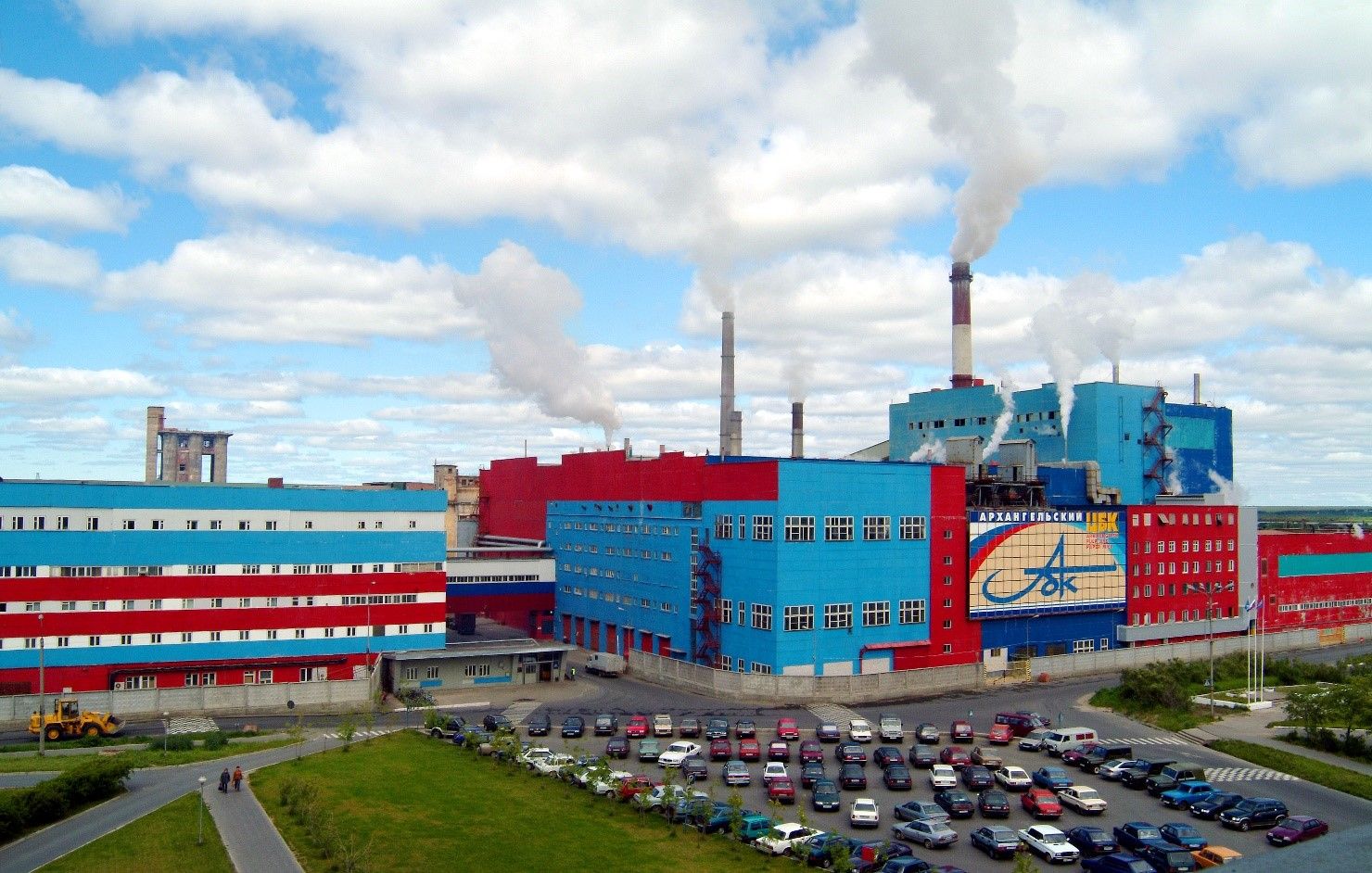 Initially, Krupchak established the Northern Pulp Forest Processing Holding Company, and in 2004, with the help of his son-in-law, he received in the form of a contribution to the authorized capital of 20% of ASBK and packages of several more state-owned enterprises of the Arkhangelsk Region forestry.

This package could be transferred to just those foreign partners, the search for which Krupchak himself announced in 2002. But in the end, by 2005, most of the structure's shares through a whole network of companies were supposed to be with Vladimir Krupchak. It was also called the company behind which he could stand - the Austrian offshore PalpMillHolding.

Just at this time, ignorance as a rich Krupchak had already made his way into politics - fortunately, resources and communications in the government of the Arkhangelsk region allowed. Back in 2003, he became a deputy of the State Duma from United Russia. All this time, and to date, ASBK continued to receive large government contracts.

Now their amount is already over 770 million rubles. Ill-wishers of Krupchak then tended to associate this with his connections in the regional government through his son-in-law, and later directly with the deputy mandate. In addition, Krupchak was on good terms with the then governor of the Arkhangelsk region Igor Orlov, who could have a personal interest in this.

Just recently, in April 2021, a former official from the Orlov team, Sergei Akulov, was detained. About this wrote the portal 29.ru.

Under Orlov, Akulov worked as the head of the department of the state regional order for goods and services of the department for competition policy of the Arkhangelsk region, he was wanted for more than 10 years for bribes. Other defendants in the case have already served their time. The question of whether Mr. Akulov could somehow help the ACSC Krupchak remains open.

Returning to the situation with the shares of the enterprise, back in 2000, law enforcement agencies opened a criminal case on the grounds of fraud with the same state stake of 20%, which was transferred to the authorized capital of Krupchak's Northern Pulp.

According to investigators, when the Federal Property Management Agency decided to re-register its shares (the same package of 20%), it found that the papers of Northern Pulp no longer belong.

Law enforcers came to the conclusion that the decision of Grigory Perfilov to transfer the state stake was illegal. And the illegality of the actions of Mr. Krupchak himself allegedly consisted in conducting an additional issue of shares, which led to its erosion and subsequent resale. The investigation considered that the final buyer of these shares was a foreign Pulp Mill Holding, which, according to investigators, was controlled by Vladimir Krupchak. About this wrote Kommersant.

However, all these years, the grounds for holding Krupchak accountable were not enough. But in 2009, the case of embezzlement of the state stake in the CBK was transferred to the investigative part of the Department of the Ministry of Internal Affairs of the Russian Federation in the North-Western District, which was closely engaged in the businessman.

In December 2009, investigators went to the Oktyabrsky District Court with a petition for the arrest of Mr. Krupchak. As a result, it was satisfied, but challenged by the defense of Krupchak.

Soon it turned out that Mr. Krupchak himself had long been outside of Russia - in Ukraine, where he could do business together with the famous Ukrainian billionaire Igor Kolomoisky. The latter owns the Izmail Pulp and Cardboard Plant, which was previously one of the four largest in Ukraine. Allegedly, on this line they met.

Igor Kolomoisky, among other things, is known for being on the sanctions lists of Western countries, as well as for financing the radical neo-Nazi armed groups of Ukraine - the so-called "Dobrobats." Among others, the most odious was called, "Azov" (banned in Russia), which was marked by especially cruel crimes against civilians in the Donbass.

Of course, the involvement of Krupchak himself in the financing of such entities has not been proven and is in the rank of rumors. But in the same year, namely 2014, it became known that the Prosecutor General's Office revealed massive violations in the Arkhangelsk region in the implementation of the May Presidential Decree in the field of state economic policy. About this wrote Echo of the North.

According to evil languages, allegedly the funds could go the wrong way - perhaps we are talking about budget allocations, which from state contracts could well settle in the offshore Mr. Krupchak. Then it became clear that he would not return to Russia in any case.

In addition, according to the authors of the Kompromat Ural website, allegedly Krupchak, in 2007, bypassing the procedure, received Ukrainian citizenship, and as of 2018, several more criminal cases could be opened against him.

Meanwhile, in Ukraine, Krupchak also had a lot of problems. There he owned the Kiev Cardboard and Container Plant, and was even stolen for ransom. About this wrote the publication Country.

Not so long ago, searches were conducted at the Kiev cardboard and container plant and a criminal case was opened. Allegedly, the plant clogged local fields with industrial waste, garbage was simply ransacked with land. About this writes the Ukrainian site 24tv. 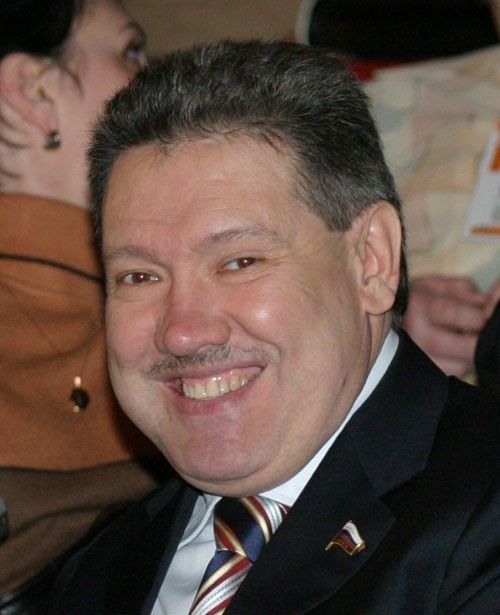 However, Krupchak himself allegedly does not care. According to the authors of the message on the VKontakte social network, the allegedly former Russian deputy has long abandoned his Ukrainian passport and lives in Europe, from where he manages his profitable assets. In addition to Kiev, today he also owns the Novodvinsk plant, and ASBK should bring him considerable income.

Apparently, after all the work and ensuring poor old age at the expense of former state enterprises, he finally had time to deal with materials about himself on the Web.