Reshetnikov found Zoo for himself and Deputy Ivanov

Newly appointed first Deputy Head of the Ministry of Economic Development, Andrey Ivanov, may be involved in embezzlement of budget funds through the Russian Venture Company and other structures.

As reported by the correspondent of The Moscow Post, Head of the Ministry of Economic Development of Russia Maxim Reshetnikov, who received the nickname "Razrushetnikov" in his small homeland in the Perm region, has another first Deputy. It is the controversial Russian official Andrey Ivanov, who previously served as Deputy Finance Minister.

The corresponding decision was signed by Prime Minister Mikhail Mishustin. Moreover, it is emphasized that the position of the second first Deputy was created in the Ministry of Economic Development specifically for Ivanov. According to rumors, it is Ivanov who can be prepared to replace Reshetnikov, who is "covered up" so that he may soon go to detention centre.

Previously, Mikhail Babich was appointed the only first Deputy, with whom Reshetnikov had a very difficult relationship in the past. Babich, as the presidential envoy to the PFD (Privolzhsky Federal District ), was not always satisfied with Reshetnikov's work, in which many attributed a clear commercial interest to the Governor.

Experts believe that this confirms the forecast issued by The Moscow Post earlier that Reshetnikov, in fact, was not an independent figure, and all the reins of power would be concentrated in the hands of his inner circle, tied to different groups of influence.

Who is Mr. Ivanov?

This can't be good news for Russian society because Andrey Ivanov is more than a scandalous figure. Reshetnikov is known, mostly, during his work as Sobyanin's Deputy in the Moscow City Hall and the governorship in the Perm region, as a result of which several criminal cases are being investigated in the region.

While Ivanov is called by evil tongues one of the three main "venture capitalists" in Russia - allegedly, he could have been involved in corruption schemes with venture investments that have been paid for from the Russian budget for many years.

Moreover, as follows from the authors' message on the Leningradskaya Pravda site, allegedly, he may soon be waiting for a criminal case related to the Russian Venture Company (RVC), with which Ivanov, as Deputy Finance Minister, had to work closely.

In June 2020, Director of this state-owned company Alexander Povalko was placed under house arrest. According to investigators, he abused his powers, which led to serious consequences and the possible loss of $3 million of budget money issued as a loan. It was written by Kommersant.

According to RBC, it was about the investment of JSC Russian Venture Company in the Alion company in 2012. Allegedly, the management invested the money given to her in personal projects, and this could happen with the connivance of officials of the Ministry of Finance. Ivanov became Siluanov's Deputy exactly in 2012. And so, at the end of the year, according to investigators, the loan was issued to Alion.

However, Alexander Povalko was the Deputy Minister of Education at that time, and took the post only in 2016. However, throughout this time, the processes in the RVC had to be supervised by Ivanov, and Povalko himself, according to rumors, is his long-time friend, and he could get the post in the RVC for loyalty reasons.

In addition, they should be closely linked by working together in the Board of Directors of Rusnano, the Board of trustees of the Skolkovo Foundation, and the Supervisory Board of the Industrial Development Fund - structures closely related to the distribution of public investment from the budget.

Claims to the work of RVC arose from the state before. Earlier, evil tongues claimed that Ivanov and Povalko could "cut" the budget funds allocated for the additional capitalization of RVC. But this topic came up in 2015. Then the Ministry of Finance itself became interested in where their funds were going, suggesting that spending was ineffective. The RVC itself, of course, vehemently denied everything. This was reported by Interfax. 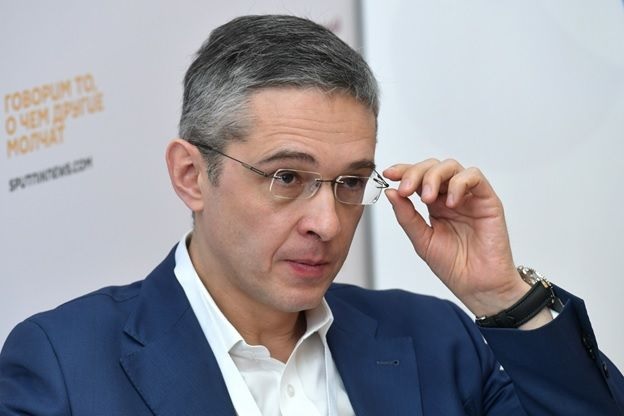 If Alexander Povalko is found guilty - could he have acted with the approval, or even instructions, of Andrey Ivanov?

Inefficiency is probably the softest, toothless and harmless thing that can be said about the work of both RVC and ex-Deputy of Siluanov Andrey Ivanov. At the same time, the case against Povalko is in fact a continuation of the case in 2018, where it was about the criminal prosecution of the former Director of the Investment Department and  member of the Board of JSC RVC Yan Ryazantsev, and co-founder of the Bright Capital Mikhail Chuchkevich.

They are accused of embezzling $22.7 million (or 1.3 billion rubles) from a venture capital company under the pretext of investing in the American Alion Energy Inc. Company, as was written by Kommersant. And the irony is that the applicant in that case was Alexander Povalko himself. Was he trying to hide his traces, supposing that Ivanov would cover for him? It did not work.

Surprisingly, it is possible that this situation only whetted Ivanov's greed for profit. Since, despite all the claims to the work of the sponsored RVC, in September 2018, the Ministry of Finance took the initiative to attract up to 1 trillion rubles to this direction by 2024, as Vedomosti reported. Won't it be too much?

The situation regarding Ivanov can be supplemented by other facts. In particular, in 2015, the network got electronic correspondence, which was presented as a communication between Andrey Ivanov and his colleagues-officials and representatives of commercial organizations.

If it is true, then we could learn from it that, allegedly, Ivanov could oversee the appointment of a certain Stentex LLC as the sole supplier of the Ministry of Health, help in the employment of people close to him (including relatives), lobby for requests from representatives of major banks to approve a single tariff for electricity, and many other things. Excerpts from the communication, presented as correspondence of Ivanov, are given by the Russpress publication.

Of course, it is unlikely that anyone would provide such services without a personal commercial interest. According to evil tongues, allegedly not everything that Ivanov took over during these 8 years of work in the Ministry of Finance is reflected in his Declaration. Allegedly, all his property is worth at least 150 million rubles.

Previously, there was only one Moscow apartment of Ivanov, but according to rumors, he is the owner of several luxury apartments in the centre of Moscow, the estimated cost of which is 60 million rubles. He is also credited with owning an apartment in the Versis residential complex on Nakhimovsky Prospekt worth about 25 million rubles.

Cases are nipping on heels

What good can such an official bring to the already weak Department run by Reshetnikov? However, they say that Ivanov himself is a very active lobbyist for various financial and industrial groups. Allegedly. It is due to this, against the background of  "weak" Reshetnikov, that he is wooed for the post of Minister.

For six months as Head of the Ministry of Economic Development, Reshetnikov was not remembered by people, in principle, by anything other than the fact that he was embarrassed in front of the country's leadership. First, the President criticized Reshetnikov's Ministry, then  Prime Minister Mishustin did the same. And then Reshetnikov was completely excluded from the working group on the development of national projects. This was reported by Tsargrad.

These same weeks, a whole series of criminal cases that may be related to Reshetnikov's work in the region is being investigated in the Perm region. First of all, about the theft of funds allocated for the construction of a new Perm Zoo at a cost of almost 5 billion rubles. Not so long ago, searches took place in the office of Reshetnikov's former Deputy for Construction, curator of the construction site Mikhail Syutkin. It was written by Kommersant. 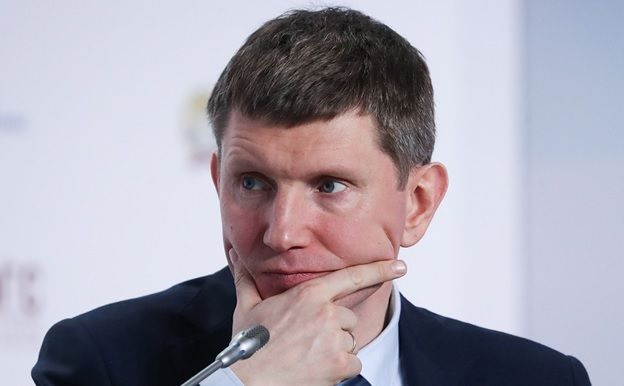 Is it time for Maxim Reshetnikov to pack his bags?

Later it became known that the Prosecutor's Office of the Perm region intended to challenge one of the largest transactions of the Perm region government under Reshetnikov. It is about the purchase of the territory of the Tovarny Dvor in the centre of Perm for 800 million rubles for regional ownership from Russian Railways.

In parallel, the case of abuse of office and illegal participation in business by Roman Koksharov, former Deputy Prime Minister of the Perm region, is being investigated. Reshetnikov himself was the Chairman.

Allegedly, he gave instructions, recommendations and received information about the implementation of state contracts, participated in negotiations with suppliers, and so on. This was told by PASMI journalists.

All this is very bad for Maxim Gennadievich. It seems that the Goverment is very worried that Reshetnikov will soon move from his office to detention centre, and then he will have to be changed urgently. Mikhail Babich is too independent figure, he has an explosive character. It's hard to work with such a person. So, Andrey Ivanov seems to appear out of nowhere, doesn't he? Taking into account the single RVC case, he may not stay in the Reshetnikov's seat for a long time.