Release Rogozin: what changes to expect in the AP in the new conditions?

In the conditions of a special operation in the Donbass, the Presidential Administration is waiting for a "purge." The place of Kiriyenko may be taken by Dmitry Rogozin.

According to sources of The Moscow Post, serious personnel changes have emerged in the Presidential Administration of Russia. In the conditions of a special military operation to protect Donbass, and, accordingly, colossal political, economic, information pressure on our country, the team of "technocrats" under the supervision of the deputy head of the Presidential Administration Sergey Kiriyenko is supposedly neither effective nor even relevant current situation.

So, soon both Sergey Kiriyenko and many administration officials targeting him may be waiting for a new job. As a possible replacement for Kirineko, the sources of The Moscow Post in the AP call for many an unexpected character - the current head of Roscosmos Dmitry Rogozin. At first glance, such a castling does not look quite logical, given the mass of problems and criticism of Rogozin as head of the Russian state corporation. But here the logic works completely different.

First of all, Russia is faced with the enormous need for information support and support for the Government's actions - as much as it has never been required in the past.

Mr. Kiriyenko's classic political-technological methods of work are good to make a result in the elections, but they work poorly under the conditions of severe external information pressure - a blockade interspersed with active "offensive actions" in the information space, provocations, fakes, subversive work directly among the Russian population.

Dmitry Rogozin does not seem to be the most effective from a technocratic point of view, but has powerful organizational abilities. And, more importantly, unlike the "neutral" and "emotionless" Sergei Kiriyenko is a deeply ideologically convinced person, which is called "ideological."

In addition, he is conditionally recorded in the "power" block, or "power tower of the Kremlin," while Sergey Kiriyenko, according to experts, is more likely gravitating to sislibs, even if he has great personal devotion to the country's leadership. Thus, the leadership of the Presidential Administration is waiting for a change of emphasis - from "liberal-technocratic" personnel to "security forces."

Recall that Sergey Kiriyenko is one of the most honored and experienced officials and political strategists in modern Russia. Formally, the administration is led by Andrei Vaino, whose deputy is Kiriyenko. But Mr. Vaino's tasks include, first of all, organizing the work of the entire administration, and not implementing its activities at all.

The previous tandem is immediately recalled, when before Vaino and Kiriyenko the head of the Administration was Sergey Ivanov, and the deputy under him was Vyacheslav Volodin. It was the latter, despite the position of the deputy, who was considered the key person in the Administration, the personal confidant of Vladimir Putin.

Subsequently, the accents were placed even more accurately: Ivanov, in fact, was pushed to second or third roles in the political system while Volodin ended up in the chair of the State Duma speaker, becoming, in fact, the third person in the state after the President and Prime Minister. 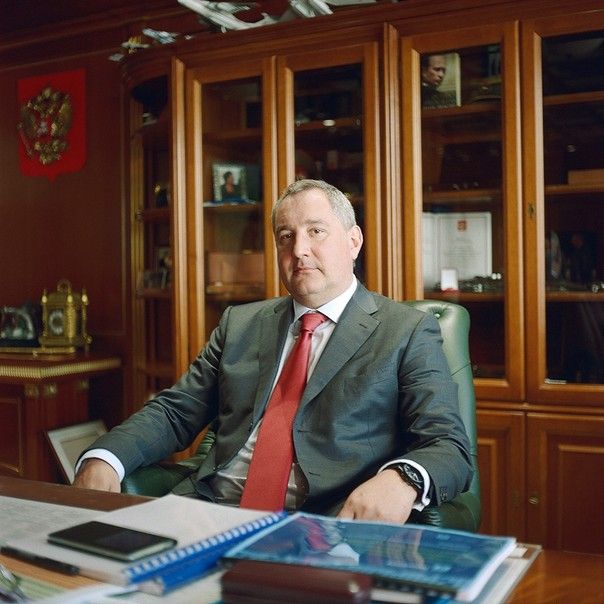 Dmitry Rogozin can be criticized for a lot of things, but he is a person rigid, ideological and devoted to the country. Such now are also necessary? Photo: rosinform.ru

The same key functions - domestic policy. Which, as well as economy, should be put on mobilization rails (it now and occurs). Here the command and administrative management style of Rogozin together with a considerable share of populism has to become thereby "magic pendely" for the Russian officials who didn't understand yet - as was, won't be any more.

In plus to Rogozin will play also the past in the Rodina Party which accumulated at the time in itself a considerable part of conditionally patriotic forces - and both from right, and from left "great power nationalists". Already list of organizers assumed that it will try to unite patriotic forces of different flanks. Besides Rogozin, in 2003 founders of party became the economist of the left sense Sergei Glazyev and also such frankly "monarchic" the adjusted person as Sergei Baburin.

As a matter of fact, it seems, that people of similar views will be on horseback now. And views at the same Baburin and Rogozin have to resemble in many respects. "The Russian Federation is not Russia is her biggest splinter", Baburin on the Russian state ideology argued earlier. Quotes him "Zavtra".

You shouldn't perceive these words literally: as both the President, and other high ranks earlier repeatedly emphasized, it is only about protection of the republics of Donbass about any occupation of Ukraine the speech doesn't go. Here other moment is important: Baburin, as, and most of residents of the country, perceives our states as one cultural and historical space. Certainly, all this is easy to lay down in an outline of the official Russian purposes of special operation among which also the denazification sounds.

We think, nobody needs to explain how discriminatory character the policy of the Ukrainian state to Russian-speaking citizens of the country had the last eight years. A rupture of uniform cultural space, expression of Russian from the public sphere, repression of dissidents and just simpatizant of Russia. Fight against it demands not only cold and professional calculation, but also ideological components. Rogozin's team, certainly has it.

However, all "members of the Rodina Party" have middle zero there was a similar rhetoric, but only at Rogozin it alternated with real actions, besides - moral substance. Now, if and the truth AP zamglva suggest to become him, for him it will be a new round of career. Perhaps, he waited for it all life. The country leaders "will kill" also second "hare" – at last at Roskosmos the head will be replaced, a part of criticism in this direction will be temporarily stopped.

But one Rogozin will achieve nothing. Insiders report that in AP the redistribution process (so far - informal) powers in favor of strengthening power already began, or patriotic (as it is pleasant to whom) the block. And the speech not necessarily goes about the possible removal of Kiriyenko - as it was told at the beginning, the functionality changes.

Experts on a situation claim that the regrouping began in the propaganda block. They say, already now strengthening was received by the deputy head of AP Aleksei Gromov - the person, little-known to general public, all last years Kiriyenko who was in a shadow (without being, at the same time, to him formally subordinated).

And if Sergei Kiriyenko's people defined as technocrats were "ground" for work with new media, including social networks, then Aleksei Gromov specializes in traditional media. In the conditions of total information war against the Russian Federation which, is generally conducted in social networks the authorities decide to strengthen the block of traditional media - that is those which watches and to which trusts "nuclear electorate" of the Russian authorities.

It doesn't mean that the work in social networks will be winded down - on the contrary, it has to be strengthened, including, at the expense of Gromov's team. The main difference will be here the fact that Gromov whereas earlier domination in this "couple" belonged to Kiriyenko's team will define and direct process of interaction with media, most likely. Nobody doubts that Kiriyenko will reconcile to a new possible role. Besides professionalism his key characteristic - loyalty. 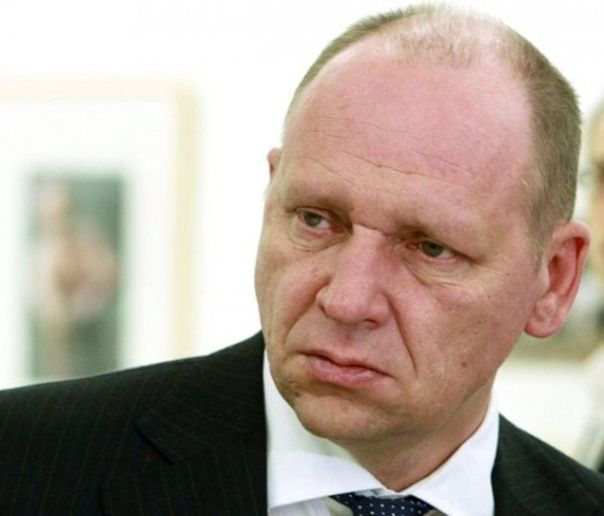 Alexey Gromov may again become one of the key actors in Russian domestic policy. Photo: kremlin.ru

Alexey Gromov, recall, comes from the Soviet Foreign Ministry, at one time he was the press secretary of Vladimir Putin. That is, he also worked in very difficult conditions of the 90s, in a situation of unauthorized protests initiated, including with Western money.

It is, of course, about protests against the establishment of constitutional order in the Chechen Republic, when our own pseudo-liberals tried to represent Ichkerian terrorists and Arab mercenaries as freedom fighters. And it was after Budyonovsk!

Now in Russia, internal and external ill-wishers are launching a real campaign to discredit Russia, its leadership and law enforcement agencies. What is only worth a series of operations on Meta's social networks - Facebook and Instagram, which allowed them to actually call for the murder of Russians and our military.

At the same time, they massively launched advertising with inaccurate information about the Russian army. This advertisement was sent to Russian citizens in the form of spam and promotional offers on the sites themselves. Surprisingly, the sites themselves did not provide any opposition to this.

At the same time, other redistributions of functionality may occur. They say that it is planned to strengthen the head of the department for domestic policy Andrei Yarin, who may get the powers of the curator of regional elections of the Presidential Office for ensuring the activities of the State Council, Alexander Harichev.

Consolidation of power is a quite ordinary and logical step in crisis conditions. Meanwhile, Yarin is called the gray cardinal of Vladimir Putin in the Presidential Administration. Yarin is also considered a representative of the "power bloc," although formally he never served in law enforcement agencies. 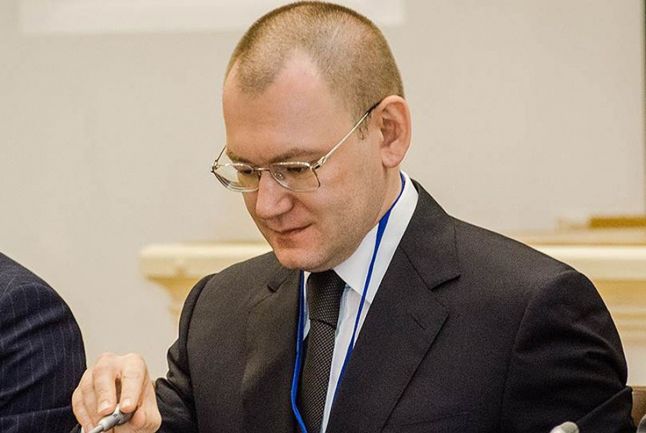 Andrei Yarin unexpectedly ended up in a new round of political career? Photo: Kommersant/Oleg Kharseev

But there is something much more important. Firstly, it was Mr. Yarin who was the first deputy chairman of the government of the Chechen Republic (under Prime Minister Babich). That is, it was there during the most difficult period of the second Chechen war, when the vertical of power was actually rebuilt in the region, it was necessary to work with the population.

This work was carried out, and was carried out successfully. It seems that today this experience was more in demand than ever. Equally important, he has great personal loyalty and the confidence of Vladimir Putin. It is enough to recall that it was Andrei Yarin who in 2018 headed the campaign headquarters of the President of Russia.

But this is much less important than the fact that Yarin worked for a long time in the Embassy of the Central and Southern Districts, and before that he received diverse administrative experience in the governments of not only Chechnya, but also Kabardino-Balkaria, and the Ryazan region. That is, this is a real practice with experience in anti-crisis management and building work in conditions of information counteraction.

Alexander Harichev is considered the man of Sergei Kiriyenko and largely focuses on him. That is, a decrease in the influence of Harichev will occur along with a decrease in the influence of Sergei Kiriyenko. If this is true, and the course is taken to gradually "push" systemic liberals away from real powers, then soon serious changes should be expected both in the Federal Government and, including, in the governor's corps.

One thing is clear - as before, it will no longer be.