Reiman at the zenith of Angstrem

Former Minister of Communications and Information Technology Leonid Reiman is trying to "take" the last money out of Angstrem, the major electronics manufacturer. However, Zenit Bank got in the way, and they couldn't reach an agreement with it, could they?

As correspondent of The Moscow Post  reports, the structure associated with the ex-Minister of Communications and Information Technology Leonid Reiman, didn’t manage to keep the pledge of shares in JSC Angstrem - the Russian manufacturer of microelectronics. As a result, PJSC Bank Zenit, controlled by Tatneft, became the pledgee of 50% of the company's stocks.

Reiman at one time owned JSC Angstrem through offshore and other companies. And some spiteful critics attribute the collapse of the once promising enterprise on the world market to him. However, the bankruptcy of one of the structures was started by the lender VEB.RF owned by Igor Shuvalov, who could quite "play along" with Reiman.

But, apparently, it didn’t work to cooperate with  Zenit Bank in such a way. And if at one time, under the old top management of a financial organization, Reiman could convincingly ask for a loan, now his former structure will have to pay its debts. However, can such a situation lead law enforcement officers, who are likely to be interested in dubious business schemes, to Reiman?

What is the direction of Zenit?

According to the source of Kommersant, Zenit Bank became the sole mortgagee of 51% of Angstrem JSC stocks, while Alternative Capital LLC, of Minister of Communications and Information Technology Leonid Reiman, claimed part of the pledge, but the Arbitration refused this company's claim to be included in the register of creditors of the bankrupt Kontraktfinansgrupp JSC, whose share is in Angstrem and is pledged to Zenit.

As previously reported, by 2017, 25% of Angstrem belonged to Ruselectronics (subsidiary of Rostec), Angstrem Invest LLC (controlled by Reiman and now liquidated) and CJSC Kontraktfinansgrupp.

The mention of Zenit Bank appeared a year earlier. Then the financial organization entered into a relationship with the Reiman’s structure. Specifically, Angstrem reported that it had consolidated all its debt obligations with Zenit Bank. At the same time, the company's debt was restructured and a new credit line was opened for it in the amount of more than 1.3 billion rubles, as Vedomosti wrote.

Later, Tatneft began a personnel reset in its banking group, which at that time was mired in losses and dubious lending schemes, the Business Online newspaper wrote.

And after that, Zenit Bank and Reiman’s structures met in court concerning bankruptcy case of Kontraktfinansgrupp.

Leonid Reiman’s Alternative Capital filed for inclusion in the register of creditors and planned to sue 370 million rubles. However, the basic creditor – Zenit Bank pointed out the affiliation. The court, possibly, accepted the argument and rejected Reiman’s structure.

In addition, the bank directly "drowned" Alternative Capital. As it was written by Regnum, Zenit submitted the claim about collecting of a mortgaged property. And in the end, the claim was satisfied.

Did Shuvalov and Reiman agree on bankruptcy?

Let us recall that the Angstrem project was a kind of attempt by Leonid Reiman to create a single company from several factories for the production of electronic components. It was based on Angstrem in Zelenograd, once one of the largest semiconductor manufacturers in Eastern Europe. If we look specifically at the constituent structure, it can be seen that Reiman conducted business through an offshore company.

Thus, Angstrem-T, (Zelenograd plant) according to Vedomosti, belonged to the Cyprus Runica Investments, and the latter - first to the Angstrem Group (owned by Reiman at that time), then to Alternative Capital, which Reiman still owns.

In 2008, VEB.RF opened an €815 million credit line to Angstrem to buy the European AMD plant, one of the world's largest chip manufacturers, but soon froze it due to the crisis. In the spring of 2011, Reiman declared himself a shareholder in one of Angstrem's structures — and then, as if by magic, VEB.RF unfroze funding, as Forbes wrote.

Eventually, the money from Igor Shuvalov’s structure could not be recaptured, and in 2018, VEB.RF converted the debt into authorized capital and purchased all the shares of the enterprise directly from the Zelenograd plant Angstrem-T.

A year later, the plant was declared bankrupt. However, the plant is strategic and important for the military-industrial complex of the country, so it was decided to improve and within these goals Igor Shuvalov planned to "pour" 21 billion rubles from the Federal budget, as RBC wrote. However, now the talk and actions for recovery have subsided.

Now Leonid Reiman is the founder of four operating companies. The most profitable of them is Logika LLC, which is engaged in the production of industrial gases. It "sits" well on state contracts, which it took for 63 million rubles. The clientele includes the Ministry of Industry and Trade of the Russian Federation, Scientific-Manufacturing Complex "Technological Centre", Moscow regional customs and others. No one seems to be bothered by Reiman's scandalous persona. 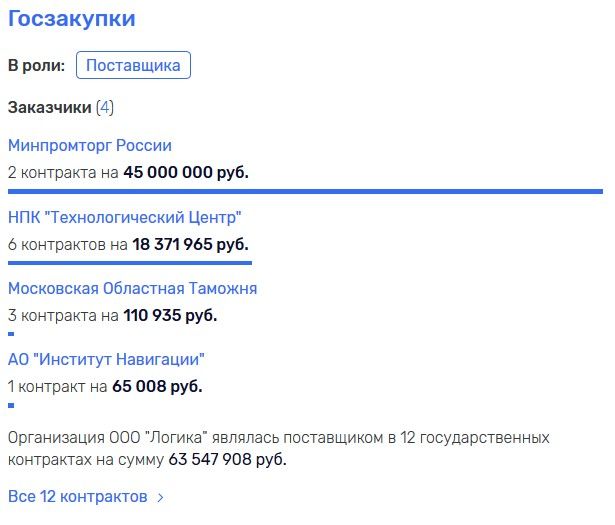 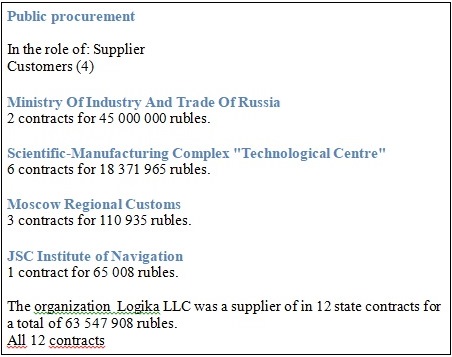 While other companies have got minimal revenue or losses. Alternative Capital has got the biggest loss – 3,6 billion rubles.

When Shuvalov launched the bankruptcy, the above-mentioned structures of Reiman: Alternative Capital and Logica, which demanded exactly 3.9 billion rubles, also joined the queue of creditors. They included requirements under the 2008 loan agreement for 2 billion rubles, equipment supplies for 743.7 million rubles, and the assignment agreement (novation) for 1.1 billion rubles. There were also demands through other structures. As Vedomosti wrote, in fact, former Minister of Communications demanded 6.5 billion rubles from the factories that he managed.

What is the probability that Shuvalov is in a bond with Reiman and organized all this nonsense with bankruptcy either to hide funds or for a new withdrawal?

Rumours will lead to crime

Also, they say his name was mentioned in the materials of the criminal case on fraud on a particularly large scale, associated with the company LV Finance Group Ltd. Allegedly, Reiman forced LV Finance to enter into deals that would have given Reiman himself control of the company’s share. Spiteful critics also told quite criminal stories, saying that Spanish law enforcement officers found a connection between Reiman and the criminal authority Gennady Petrov.

After working in the Government, Leonid Reiman was an adviser to then Russian President Dmitry Medvedev for two years. He left, allegedly, of his own volition and never worked in Government agencies after that.

However, why, he could have made good money on business, couldn’t he? And now Zenit Bank predicts payment of debts. And taking into account the determination of the financial organization, it can also call law enforcement officers.