Top manager of Gazprom Vladislav Baryshnikov is trying to put his business partner behind bars?

The Basmanny court arrested businessman Alexander Sytin, a large real estate owner, for two months, who is accused of several episodes of fraud related to the Solovinaya Grove recreation center near Moscow and of committing sexual assault against a 14-year-old girl.

The accused rejects all the claims of the investigation and connects his criminal prosecution with the conflict between him and his business partner - Vladislav Baryshnikov, adviser to the general director of Gazprom Neft.

The Moscow Post correspondent in the Moscow region tried to understand this difficult situation.

Sytin's arrest has been petitioned more than once, but he remained at large due to cancer diagnosed in him, which is the basis for the use of milder measures. And earlier the court went to meet him, but the prosecution very persistently asked the businessman to arrest him.

The businessman himself in Sytin claims that his partner Baryshnikov, having learned about his serious health problems, wanted to get complete control over their joint project - Solovyina Grove, in which he, together with the then Deputy General Director of Gazprom, invested in 2011. According to Sytin, finding him under arrest may allow the Gazprom man to single-handedly take possession of the asset.

And, it seems, Vyacheslav Baryshnikov, who is now an adviser to Alexei Miller, has already begun to do this. So, according to the Rosinvestotel portal, on July 30, 2021, the Solovinaya Grove country hotel (Serpukhovskaya district) was put up for sale.

But it was thanks to Baryshnikov that Sytin was in the dock. The criminal case of the merchant is connected with the theft of 25 million rubles allegedly spent on paying for the private security company that guarded the Solovyina Grove, as well as dishes from the hotel, which is located at the recreation center, etc. All these episodes were qualified by the TFR as fraud.

In a word, Sytin hung everything from stealing cutlery from his own dining room to harassment to a minor.

However, as the media wrote with reference to Sytin, he and his father were attempted by people close to Baryshnikov.

And a certain lawyer by the name of Kisses allegedly offered him to stop the criminal prosecution for a bribe of 20 million rubles. Sytin considered it a "forgotten Cossack," and later Kiss was caught red-handed.

We also add that Sytin repeatedly wrote complaints to investigators conducting his cases. According to him, appeals are ignored. 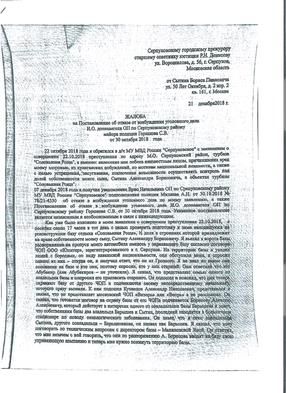 And here it is worth remembering that earlier both merchants flashed in an ugly story with the Nightingale Grove belonging to them. As RBC wrote, the head of the inter-municipal department of Rosreestr in the Serpukhov and Stupinsky districts, Armen Zakharyan, got a bribe of 3.5 million rubles from the co-owner of the hotel complex, Alexander Sytin. The entrepreneur paid the money to illegally arrange an increase in the hotel area. In addition to Zakharyan, Irina Agapova, deputy head of the Serpukhov branch of the technical inventory bureau (State Unitary Enterprise MOBTI), participated in the scheme.

At that time, Baryshnikov and Sytin had ordinary relations with business partners, that is, it is possible that the current adviser to the general director of Gazprom Neft was well aware of Sytin's actions.

It is extremely difficult to find information about Baryshnikov himself in open sources - he simply "cleaned it."

But on the network it is easy to find the story of the amazing business success of his son Danila Baryshnikov, whose "Effective Health System" works in outsourcing ambulances in the Arkhangelsk, Vologda, Leningrad regions, Kalmykia, Mari El and Chuvashia. The company has contracts for 5.6 billion rubles. 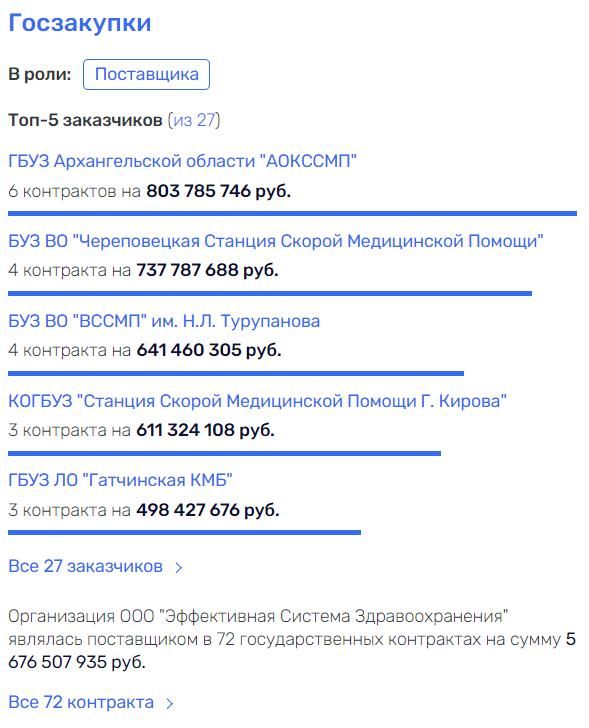 It all began in 2013, when the son of Gazprom's top manager and former employee of the Agency for Strategic Initiatives Ilya Kovalev created the New Ambulance and Emergency Care ANO. Later, the already familiar "Effective Health Care System" appeared, where Vladimir Androsik, who worked at Rostelecom, VTB and Sumy structures, became a co-owner at first. In other words, Baryshnikov Jr. managed to find himself very influential partners - and, it is possible, through his father.

At the same time, fierce competition began with similar structures of businessman Mikhail Fridman, who had previously worked with Mr. Kovalev.

According to SoundPress, the apotheosis of the confrontation was the receipt by the Baryshnikov structure of contracts in Perm, where on the first day of the work of the new contractor, the cars did not go on the line, which the companies of Friedman and Baryshnikov Jr., accused each other. What to say is very similar to the story that is unfolding now between Baryshnikov Sr. and Sytin.

In 2015, the Agency for Investment in the Social Sphere was created, the founders of which, together with Kovalev, were Baryshnikov Sr. and Nathan Wiener. The supervisory board of the agency is now headed by Rostec CEO Sergei Chemezov, the council includes Transport Minister Yevgeny Dietrich and a number of senior officials. According to some information, Baryshnikov's medical interests could also advance through this structure.

It is worth noting that by a strange coincidence, the "Effective Health System" often became the only participant in auctions. Delta.News noted that this was the case in Cherepovets and the Leningrad region.

If the conflict that is happening was now a dispute between two ordinary businessmen, no one would pay attention to it. And the episode with the theft of kitchen appliances would be handled by a maximum ordinary district officer.

But we have a high-ranking official of Gazprom, and a large landowner near Moscow. Who had more time to do joint business is also understandable. Reminds all this story of the big "owner," and the "wallet" with him.