Pulled to the origins: the business interest of the relatives of Deputy Prime Minister Khusnullin got to the potatoes

In the business of the Khusnullins, which spread from the development of Moscow to the cultivation of potatoes, many friends and relatives of the deputy prime minister are involved.

According to the correspondent of The Moscow Post in Tatarstan, the agricultural holding Chistopol, owned by Albert Khusnullin, the son of Russian Deputy Prime Minister Marat Khusnullin, intends to engage in potato production in Tatarstan. The interest of entrepreneurs in this area is quite understandable - recently, prices for agricultural products have been steadily striving up.

Having dug into the tree of connections and contracts of Chistopol, it was possible to find out that the son of Khusnullin is not the only interesting thing in the matter. It turns out that the "strings" stretch far beyond closely related ties. But about everything in order.

First of all, we will pay attention to the general director of the agricultural holding Chistopolie Gumer Zakirov. A businessman with the same name through DTK Bar-Restaurant LLC in Kazan is associated with Amir Gatin, who owns a large share of the housing and communal services business in the capital of Tatarstan (served 10 houses through Sunny Gorod Management Company and Sunny Gorod-1 Management Company, 8 houses through Kazan-XXI Century Management Company). True, now Gatin had to curtail the business - apparently, difficult times have come for him. But the fact remains - quite quickly in the field of business, affiliated to Deputy Prime Minister Khusnullin, you can switch from the sale of potatoes to servicing apartment buildings and vice versa.

Albert Khusnullin, in turn, also does not limit himself to the agro-industry - there are 3 more firms in his "portfolio." One of them - Clarus, is engaged in real estate and in 2018 even leased the office to the state-owned enterprise Tatleasing. In the leadership of Tatleasing, by the way, many former civil servants work. The local Ministry of Construction also has a stake in it. The interests of Tatleasing are lobbied by local newspapers, judging by their content. 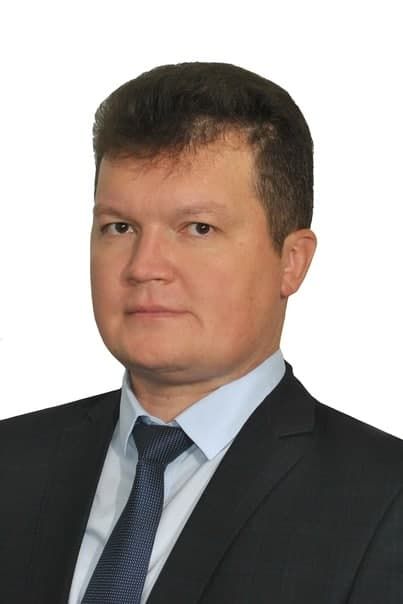 But back to Clarus. The managing organization of the company is Housing Administrative Company LLC (ZHAK), which, in turn, is led by a certain Ruslan Khusnullin. Another relative of the Deputy Prime Minister, no different. By the way, he is also the director of another agricultural enterprise in the "business empire" of the Khusnullins - Temlis Agro LLC. Its founders, along with two foreign investors, are the consumer society Temp, which is engaged in construction. 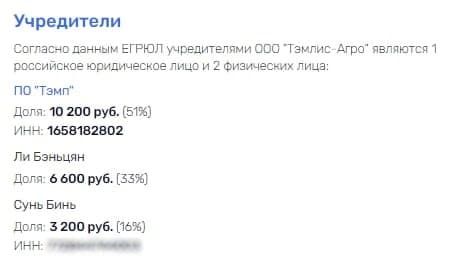 Previously, Tamp was led by a certain Rustem Nurullin. He also owned (at a time when the organization had not yet been liquidated) the local LLC Uyut-Stroy and the management company of the same name engaged in house maintenance. And again, the businessman-builder in the portfolio was another agricultural company. This is already becoming like a hallmark of people from the Khusnullin breed.

... And there will be nothing for us for this

Rustem Nurullin's brother, by the way, is Rashid Nurullin, ex-deputy director of Tatenergo PEO, former head of the Main Investment and Construction Directorate of the Republic of Tatarstan, who has gratitude from the Cabinet of Ministers of the Republic of Tatarstan "For fruitful work in the field of capital construction." Rashid Nurullin was dismissed from the post of head of the GISU of Tatarstan after the scandal, when he accepted the unfinished work on coastal protection conducted by PSO Kazan, affiliated to the former deputy of the State Council of Tatarstan Ravil Ziganshin. Then, as a result of a cunning transaction, the contractor leaked a considerable part of 216 million rubles into his pockets. About this wrote "Kommersant."

However, Rashid Nurulli escaped punishment, the court decided that "serious consequences did not occur due to his actions." However, like Ziganshin, his company Kazan is still functioning, receives state contracts (the last was in 2020) and occupies a prominent place among the largest players in the construction business of the republic. By the way, PSO Kazan was created as a unit of the TAIF group, controlled by the family of the former President of Tatarstan Mintimer Shaimiev, in 2002. 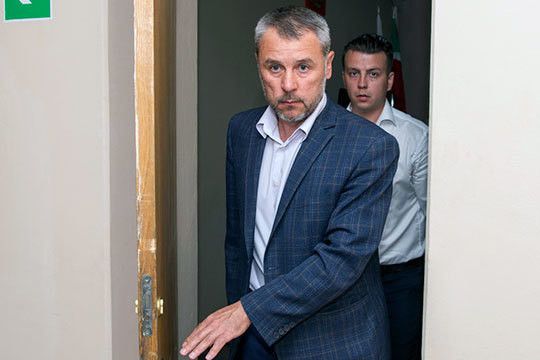 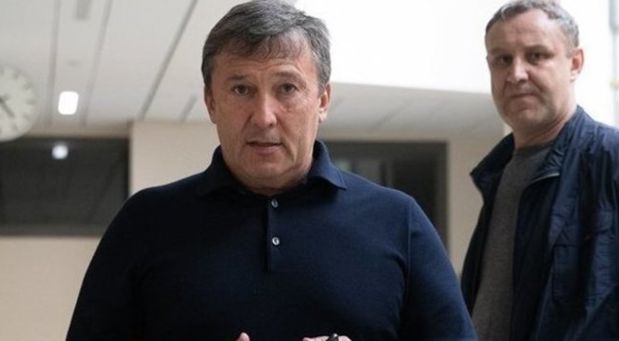 Thus, it can be stated: the "business empire" of the Khusnullins in Tatarstan extended its interests to the major industries and, if desired, could well monopolize both the construction market, the housing and communal services market, and the agro-industrial sector. Rumor says that having such connections at the highest level, companies affiliated with Deputy Prime Minister Marat Khusnullin could receive state contracts almost by clicking their fingers. And it can very even happen that they would be able to avoid responsibility in disrupting obligations under contracts. At least, the situation with the disappearance of 216 million rubles following the results of the above-mentioned story of failed coastal protection.

Note that Tatarstan does not limit the business interests of the Khusnullin family - indirect evidence of this is the appearance of immigrants from Tatarstan and in the Moscow pool of entrepreneurs. So, the head of the Civil Engineering Department, created by the Deputy Prime Minister in 2011, Damir Gazizov is a native of Tatarstan. By the way, he became one of the founders of the company "GSS Engineering," which was supervised by the notorious Ziganshin. About how this warm company "delved" into the renovation program in the capital, the Business Online news agency wrote in detail.

The Moscow Post previously also drew attention to other affairs of Khusnullin - in particular, we are talking about promoting the deliberately bankruptcy company LLC MIP-Stroy No. 1 to carry out work at the facility of the National Space Center. We also talked about how the relatives and friendships of the deputy prime minister could contribute to lobbying the interests of such "favorite firms."

In general, the turbulent activities of the business empire, which revolves around the name of Deputy Prime Minister Khusnullin, cannot but admire. It is interesting what will happen to her if suddenly the deputy prime minister suffers the same fate as the former deputy minister of transport Vladimir Tokarev. However, they say that Marat Khusnullin has not just workers, but quite warm relations with Prime Minister Mikhail Mishustin.

30 September, 8:17
From the generosity of their own: Russia collects debts

15 July, 8:05
Contracts for Kolomoisky, and what does Sobyanin have to do with it?