There has been a lot of talk of an allegedly escalated struggle within groups that are close to Prime Minister Mishustin and the capital's Mayor Sobyanin lately.

The talks are not only about the upcoming elections to various government bodies in 2021, but also about the so-called "transit", The Moscow Post correspondent reports.

At the same time, groups are formed around the most likely future "centres of political power" in our situation, around the Head of Government Mikhail Mishustin and Moscow Mayor Sergei Sobyanin. It is these "heavyweights" and their teams, according to evil tongues, who consider themselves the most suitable candidates to take the post of head of state in the future.

The centre of stability

In fact, there is nothing new in the situation itself, but now for the "aggravation" in the minds of the elites, certain new conditions have developed. First of all, this is the adoption of amendments to the Constitution, which were voted on last summer. We will not once again analyze them in detail, we will only recall the key points: strengthening the role of the State Council and limiting the presidential term to two terms.

An important factor was also the law on "zeroing" the presidential terms of the current Head of State. However, contrary to the opinion of the "broad liberal public", this is seen more as a technological move than a mythical desire of Putin to continue to stand at the helm and bear this burden of responsibility.

Vladimir Putin, realizing that many of those who are trying to get his support, dream only of strengthening their own political and social capital, thus cooled the heads of the most zealous "candidates" for successors.

This is not surprising. The current President has always built his personnel policy on the principle of equidistance from different centres of power, which are tied to their own interests.

The principle of "in nobody’s favour" made it possible to make the elite work more efficiently, kept them in suspense and stimulated them to think not only about themselves, but also about how to achieve the goals set for the country. And, in particular, to prove their worth. Including the President, for whom the overwhelming majority of the population votes over and over again - after all, he remains the most popular politician in the country.

It is with this that a number of political scientists associate the decision to reset the presidential terms. Taking this decision into account, no matter how much anyone would like to write Putin off, which means that they will have to deal not with intrigues, but with real work on the development of the country.

However, the aggravation occurs. This is especially noticeable against the background of the current economic problems and the situation with the coronavirus pandemic. The teams of Mishustin and Sobyanin do their best to show that they and their leaders are the most effective, the most advanced and meet the needs of ordinary people. And it happens with varying degrees of success. 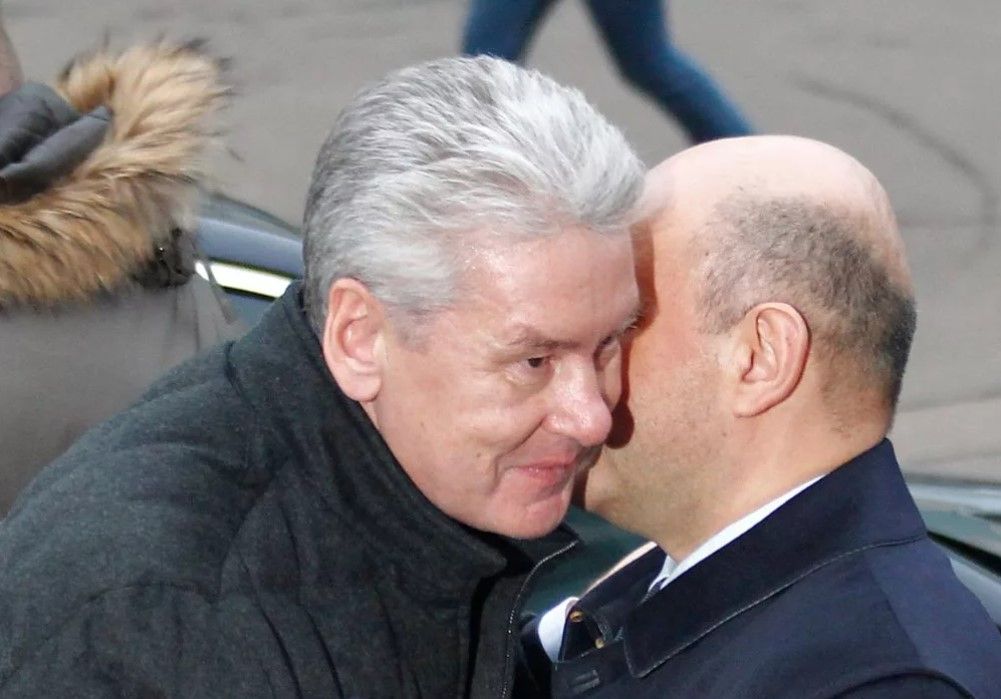 Who took the lead

Polled by The Moscow Post, experts from the political science environment mostly believe that Prime Minister Mikhail Mishustin is now winning this race. While in the summer, Mayor Sergei Sobyanin was "ahead" - due to decisive actions to combat the pandemic. This also led to the loss of their points - a number of serious mistakes were made, corruption scandals (the same online application "Social Monitoring", on which they could master at least 200 million rubles).

At the same time, Mishustin acts throughout the country - the adoption of measures of economic support for people is presented as directly his merit. However, specifically for the elites, another circumstance tilts the scales in his favour.

This is the fear of the elites before the new redistribution of property, which directly depends on the balance of power as a result of the struggle in the corridors of the Government and the Presidential Administration.

One of Putin's key achievements is "stitching together" the country and the elite, uniting to solve common problems. In a situation of struggle between different oligarchic clans, he managed to find a balance and stop the bacchanal with the constant flow of power and resources from one centre of power to another. And this is where Mishustin's role is - for most of the elites, he seems much more reliable and predictable in terms of maintaining the status quo and not allowing a new redistribution of property. And, as a result, political changes against this background.

Initially, during the change of government at the end of 2019, the incoming team of Mishustin was seen as such a gathering of technocrat ministers, deprived of actual political ambitions. Exactly Mishustin was seen the same – quiet, executive, not conflicted, a true professional in his field, who managed to achieve serious improvements in the work of the domestic tax system.

Now, after more than a year, his presidential ambitions are visible to the naked eye, and his entourage is betting on it. Mishustin is more predictable for the elites - they think so. Allegedly, if he becomes the head of state, there will be no serious redistribution of property. And he, in his turn, uses it very skillfully.

In contrast to him, Sergei Sobyanin, whose last name constantly appears in various corruption scandals, is less clear to the elites. An important milestone was inviting Marat Khusnullin as his construction vice-mayor by Sobyanin, who then brought many of those with whom he worked in Tatarstan to the Moscow City Hall. This should have had a serious impact on the balance of power in the Moscow construction market - it could be easily seen.

Sobyanin's advantages, first of all, for ordinary voters are in his rigidity and purposefulness, in which he tries to resemble Vladimir Putin. People like order, but for the elites, it's a black box. And this, too, is skillfully used by Mishustin.

According to evil tongues, the head of Rosneft, Igor Sechin, who has a huge power both as a state manager and as in the past, is one of the heads of the Presidential Administration, allegedly one of those who are most afraid of possible changes in the future, and related financial and economic disputes. So there is a chance that in this intra-elite scenario, he will rather support Mishustin.

Here, in relation to the current head of the Cabinet of Ministers, the following point is noteworthy. Almost from the very beginning of his appearance at the head of the White House at the end of 2019, tons of dirt were poured on him, operating with rumours about real estate and his family's business.

In the Russian elite, there is an unspoken belief: if some official has some sins that can be presented to him in case of something, he is more manageable and obedient. And Mishustin perfectly plays this role -regardless of how much speculation about his close people is generally true.

But in the case of Mishustin, the elite proceeds from the wrong premises. Because for a year, he managed to prove that he is not so simple at all. He skillfully plays on these speculations, pretending that he is not aimed at any sudden movements, sudden reshuffles of the government, revision of personnel issues for key positions in state-owned companies. 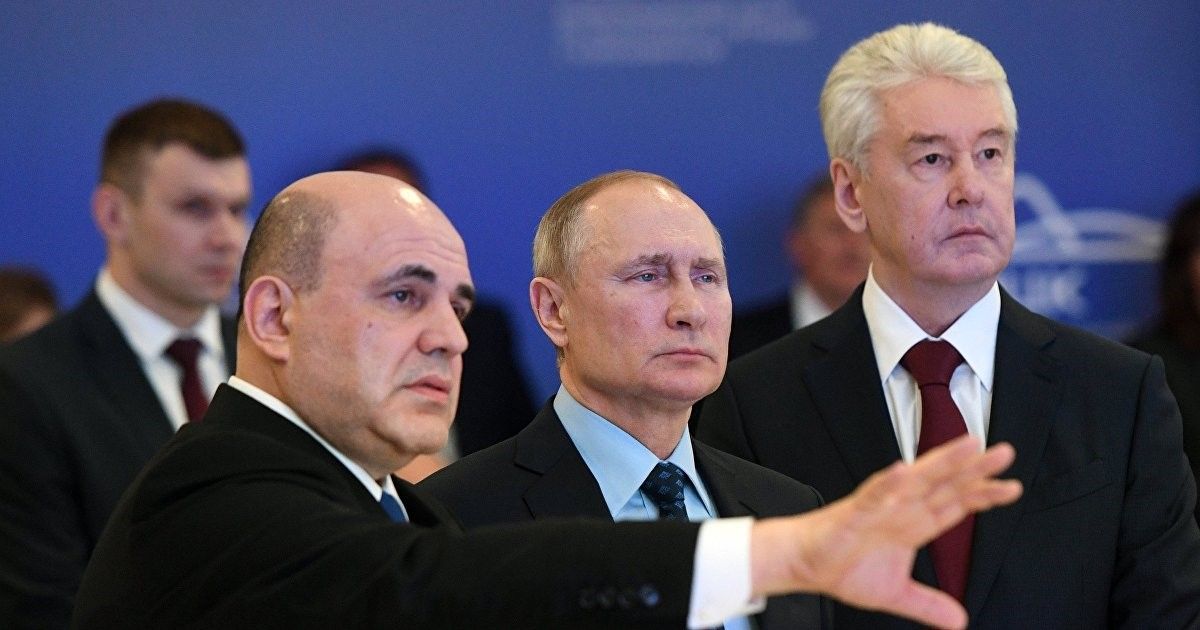 So this reassurance - that Mishustin is under control, and will not break the political landscape in case of anything, works in his favour, allows him to win new supporters. Including in the financial and industrial circles. To sum up, from the point of view of the internal Kremlin state of affairs, he turned out to be a much better political strategist than Sergei Sobyanin.

This can be seen in the actions of the elite — take, for example, the recent "criticizing" of the head of the Ministry of Economic Development Maxim Reshetnikov in the State Duma, who is considered a person from the "pool" of Sobyanin. And, taking into account the rumours that the Cabinet may be changed following the results of the State Duma elections, this only increases speculation about the transit of power.

While the so-called "war of the elites" is going on, it becomes clear who is really guided by the interests of the state, and who - by their own narrow-minded motives.