The Arctic City waste sorting plant was stopped in Novosibirsk due to underloading. The company accused Ecotrance-N LLC of everything, according to her, he stopped bringing enough waste. At the same time, if someone thinks that we will again scold the VIS group and its owner Igor Snegurov is mistaken. One of the main culprits of the garbage collapse in Novosibirsk may be the PIK group of Sergei Gordeev.

The Moscow Post correspondent in the Novosibirsk region understood the dirty story.

At the end of April, the waste sorting complex was already going into "freezing." The reason for the failure was also called the suspension of the collection and transportation of Ecotrans-N LLC to the Arctic City plant. More than 200 employees of the company for the removal of municipal solid waste (MSW) staged a strike. The workers talked about working conditions and replacing the available cars for the export of MSW with cars of a smaller capacity. It got to the point that the mayor of Novosibirsk Anatoly Lokot introduced a regime in the city

But the most amazing thing is that the PIK construction company was involved in this story together with Sergei Gordeev.

In the wake of PIK

If you look carefully at who is now listed as the founder of Ecotrance-N, you can see that equal shares of shares belong to Rusecogroup LLC and AMC Management JSC. 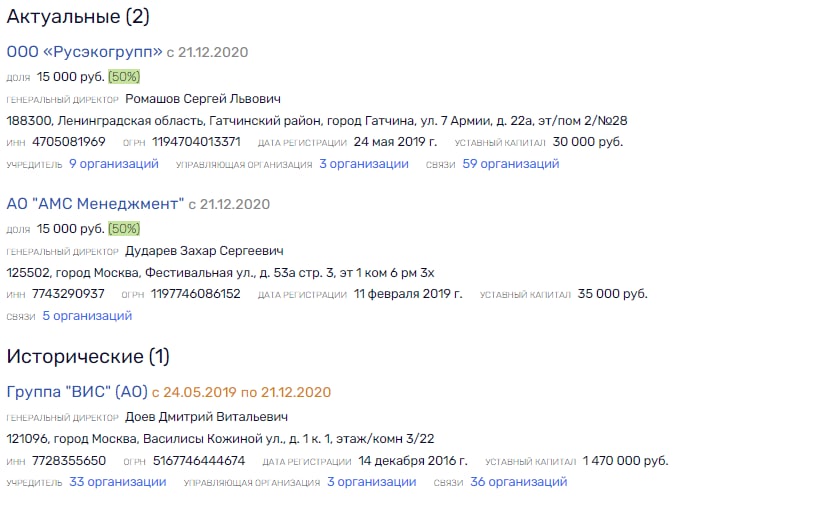 The first does not raise any questions, it is 80% owned by the same "Vis." But AMS Management hid its founders, but we managed to find out that Valery Kovalev was there until 2021. This is confirmed by the extract from the Unified State Register of Legal Entities.

And here is a coincidence, the same businessman was both the general director and the founder of the company JSC Specialized Developer Trading House Sputnik, which in turn is now controlled by Pik-Investproekt LLC. It turns out that Gordeev has long entered the garbage market of Novosibirsk and "rules" there along with the scandalous Snegurov? 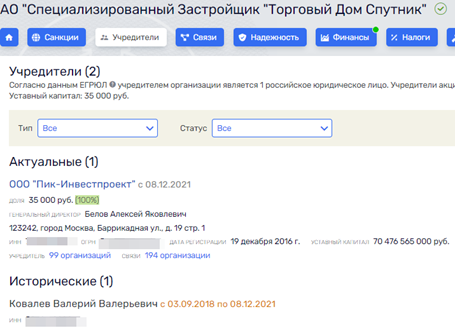 Gordeev's hand can be traced in another asset. So the aforementioned Arctic City company, which owns the waste sorting complex, was managed by Alexander Kostyukov, Regional Energy Management Company LLC, until 2021. 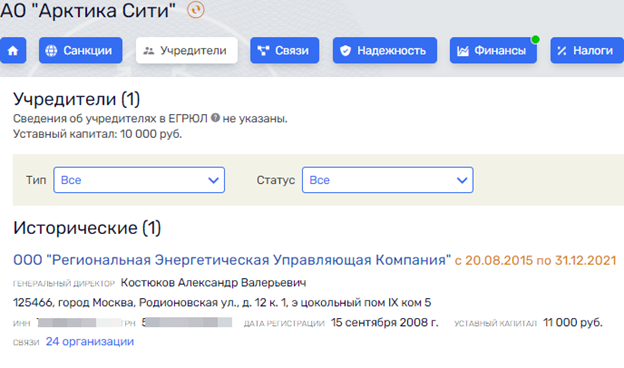 Kostyukov, on the other hand, can represent the interests of shareholders of one of the largest federal construction holdings - PIK Group of Companies.

It is worth adding the fact that Kostyukov, through Arctic City, owned Domkom Invest JSC, which was called a "communal sprout," because it stretched out its tentacles with suction cups in 9 regions of the Russian Federation. 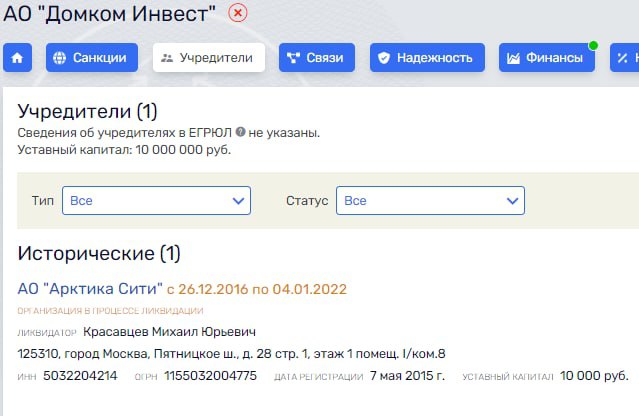 Domkom Invest JSC entered the liquidation process at the end of April. This metropolitan "thing" promised the government of the Samara region billions of dollars in investments. But these Napoleonic plans were not destined to come true.

A remarkable fact, last week the arbitration court declared Iceberg LLC (part of the Arctic) bankrupt, moreover, the company said that in the next three years Iceberg would continue to work in the Novosibirsk region within Ecotrance-N. This once again confirms that Snegurov and Gordeev came together in garbage matters.

Be that as it may, wherever PIK appears, problems multiply. For example, the construction of an "antique" hospital in the Murmansk region ended in complete failure. Millions disappeared, and about 700 people were left without new medical facilities, who were forced to lie in various hospitals in Murmansk.

There is no question of high-quality housing construction. In 2021, a major accident occurred in the Moscow residential complex Green Park, which was building PIK: apartments in six sections were flooded with boiling water as a result of a pipe break. And in July 2020, during heavy rain, the apartment was flooded so that people living on the ground floor had to move around the ankle in the water.

In addition, now several structures related to PIK have entered bankruptcy proceedings with huge "disadvantages," and the main company is losing "tidbits" projects. Thus, the company missed the first project in Sochi, which it had been preparing for two years. The largest housing developer in Russia did not restore the constructivism monument by Shchusev, which is why the Federal Property Management Agency terminated the land lease agreement with him.

Now it turned out that Gordeev is also related to tons of garbage in Novosibirsk. With such an "assistant," the city will not soon become clean, because Sergei Eduardovich loves to take care of himself and his income more than the problems of others. However, recently he has a "black stripe."

Interestingly, the governor Andrei Travnikov does not want to get involved in the garbage affairs of the region, because he is afraid of the influential ties between PIK and VIS?

02 November, 8:45
Near Taran: Novosibirsk region continues to bend under the oligarch
See also