Palikhata from the edge - "I know nothing"

After the arrest of Leonid Venzhik, who is called the "manager of Vladimir Palikhata" by his eyes, can he slow down his expansion in the suburbs?

According to the correspondent of The Moscow Post, the Presnensky court of Moscow detained Leonid Venzhik, co-owner of Perlovy and Co., who is in the case of a bribe on an especially large scale, he faces a sentence of up to 12 years in prison. Venzhik is a well-known entrepreneur in his circles who is considered the manager of Vladimir Palikhata. Both businessmen have been repeatedly seen in stories in which we can talk about not entirely friendly attempts at takeover.

The investigator of the capital's Main Directorate of the Ministry of Internal Affairs Magomed Tagirov and the co-owner of the Perlovy and Co-owner Leonid Venzhik were taken into custody for a period of two months. According to the investigation, Tagirov was the recipient of a bribe, and Venzhik acted as an intermediary for the transfer of money. Tagirov conducted investigations into major economic crimes, Venzhik is one of the owners of the Tea House store popular in the capital on Myasnitskaya.

About Venzhik there is a very ambiguous fame. At one time, in response to a direct question from Komsomolskaya Pravda, his long-time acquaintance Tatyana Zavyalova: "Is it true that Venzhik is a representative of the Solntsevo group?," She gave an entertaining answer: "We were all young, and each of us is familiar with someone. Leonid Yuryevich grew up at the time when the Mercedes exploded. He comes from Solntsev, but left for America when these criminal formations were formed. In Russia, he is not judged. "

Now, judging by the latest news, is it a matter of time? By the way, the same Komsomolskaya Pravda wrote that Venzhik could "heat" partners for property and business. In particular, he noted in the history of the "cooperative," which included 200 plots, to which large families, people with disabilities, and other categories of low-income citizens "escaped." But they remained, it seems, "with a nose..."

In addition, Venzhik is known for the history of the "SoundShoes." At one point, Vladimir Palikhata became interested in a successful company - at that time the president of the Rosenergomash concern. And Mr. Venzhik suddenly found himself in the role of general director of JSC Trading House SoundShoes.

In 2015, SoundShoes was supposed to repay a loan of 3 billion rubles to VTB, but it did not have money. Then the shareholders Dmitry Svetlov and Anatoly Gurevich were inclined to begin bankruptcy proceedings, but other shareholders - Sergey Lomakin and Artem Khachatryan - did not agree with this. Lomakin proposed to contribute his own 8 billion rubles and promised to agree with banks to restructure debts on his own to save the "SoundShoes."

Then Palihata went on stage. As RBC wrote, he "offered 4 billion rubles, provided that Lomakin pays part of the debt of the network. In fact, from this moment on, shareholders were divided into those who supported the new investor, and those who did not want such a partnership, as a result, the deal did not take place. "

In October 2015, Gurevich transferred his stake in the business (40.4%) to Dmitry Vernimont, after which the board of directors was replaced at the SoundShoes, there were no representatives of Khachatryan and Lomakin in its new composition. Also, without their consent, accounts were transferred to another bank and the new general director Leonid Venzhik was appointed. RBC wrote the following: "Palihata planned" to build a new business in a new legal entity, gaining control through the general director over the assets of SoundShoes itself. But "no investments have been made in SoundShoes," and debt restructuring has slowed down. "

But Palikhata could not lose time: allegedly, according to his instructions, Venzhik signed a number of agreements, and overnight the assets of A Shoes began to go to enterprises controlled by him. One of these fed companies could be Fantshuz LLC, which became the tenant of a number of premises and the owner of goods balances.

According to Rusprofail, Fantshuz LLC is registered with Svetlana Jung, who previously specialized in legal aid for convicts. The company was led at that time by Viktor Girka, who had previously tried himself as a head at TK-TNP LLC, the owner of which was Plazia Consulting Ltd. Plazia Consulting Ltd. is a Cypriot offshore company, which is almost the sole owner of OOO A.

As they say, all these were business days ago. However, even now Palihata cannot sit idle. His name appears in the story of the Ivory factory, which can currently be subjected to almost an attempted raider seizure.

This is the case: the Ivory Interiors furniture factory has been in a state of defense for 2 years, workers and activists have been conducting unauthorized protests. The official website of the Communist Party reports the following: "According to factory workers, the seizure is carried out with the aim of transferring land for" elite "development, since directly opposite the territory of the factory is the KANT ski slope and the construction of an elite residential complex is already underway. What is noteworthy, the team of Vladimir Palikhata is trying to capture the territory of the factory. " 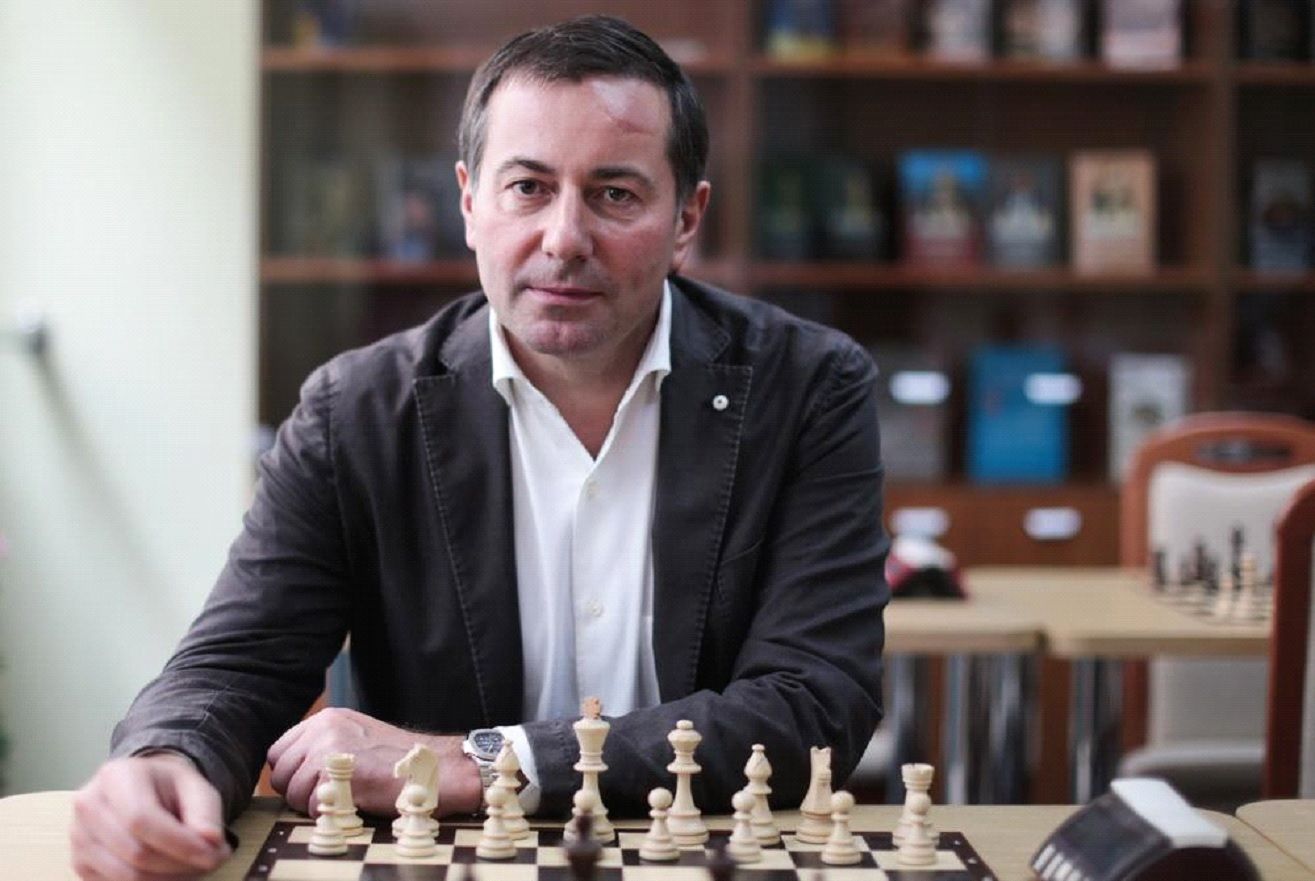 And again - all the same in the arena?

The following information appeared on the Krasnaya Moskva portal not so long ago: "On December 3, 2021, employees of Liquidator LLC, headed by an employee of the State Real Estate Inspectorate of Moscow who did not introduce himself, were granted to the territory of the Ivory Interiors furniture factory on Electrolyte Passage to begin illegal demolition of the buildings and structures of the enterprise."

At first, the director of the factory, Galina Kostetskaya, provided a court decision according to which all the property of the factory is security under the claim for the right to inherit buildings, and it is impossible to touch it for this reason. But it was allegedly not possible to solve the situation with words and the case, they say, came to a real fight. So far, however, the factory is still intact.

The name of Palikhata surfaced in the history of the "long-suffering" Shchelkovo-Agrochim near Moscow, about the fate of which The Moscow Post wrote more than once.

In the case of Shchelkovo-Agrochem and Ivory, Palikhata's likely opponents should be wary. After all, he can deal very harshly with those who stand in his way.

And here just right to remember a case with business center "Victoria Plaza" on Baumanskaya Street which premises a long time occupied investigation department of ICR across the Central Federal District (CFD) and criminalists of central office of committee. Then the complex passed with material evidence in the case of a raider seizure.

The case of fraud on an especially large scale was investigated by the investigator of the Investigative Committee Andrei Grivtsov, who was then tried in the Moscow City Court on charges of extorting a bribe of $15 million from Palikhata. After Mr. Grivtsov became the accused, the case was transferred to the administration of the TFR in the Central Federal District.

Its employees found that the building on Baumanskaya was stolen back in 2004 from the general director and owner of Infiko CJSC Vladimir Kasatkin: fraudsters, forging documents, re-registered real estate at Infiko LLC. In the summer of this year, the TFR charged under Art. 159 of the Criminal Code the former owner of the Vityaz private security company Nikolai Krut, who participated in the seizure of the complex, since the shares of ZAO were rewritten on it, as well as the general director of Rustorg LLC Yevgeny Karnaukh.

Simply put - Palihate just managed to get away from real criminal problems? And instead, they apparently went to other people.