Our factories, your lands

Structures close to Sergei Chemezov and Denis Manturov continue to sell the lands of defense enterprises. Now under the "distribution" was MRTZ.

The beneficiary of the development project on the territory of the MRTZ may be structures close to the head of the Ministry of Industry and Trade Denis Manturov and Rostec Sergey Chemezov. State interest is not visible.

According to the correspondent of The Moscow Post, the B-development company, part of the MR Group, will develop a project for planning the territory between Ryabinova and Vereyskaya streets and Aminyevsky highway in Moscow. This is the former territory of the Moscow Radio Engineering Plant, a manufacturer of famous Soviet televisions Luch, Zenit and others.

The development of this territory of the MR Group should cost 60-70 billion rubles. with such investments and profits should be very high. But this is not an ordinary development project, because after the collapse of the USSR, the NPO - Moscow Radio Engineering Plant, through a whole network of events, was supposed to be in the circuit of Defensive Systems JSC, which means the Ministry of Industry and Trade, headed by Denis Manturov, and Rostec Group of Companies, where Sergey Chemezov leads.

Recall that the Oboronprom corporation was part of Rostec, and subsequently Rostec itself was liquidated in 2018. At the same time, Defensive Systems JSC did not go anywhere, but came under the control of private owners. It is important that the ownership structure still retains a small share (0.12%) of PJSC NPO Almaz, which is part of Rostec Group of Companies. Why do you need it? Apparently, in order to have prompt access to the financial information of the structure.

The theoretical leaders of the Ministry of Industry and Trade Denis Manturov and Rostec Sergey Chemezov may remain the actual beneficiaries of the structure - even in their personal capacity. Because with state interests, the development of the territory of the plant somehow does not "glue." That is, in this case, it would have turned out that Rostec, through a whole network of affiliates, got one of the most famous factories in the USSR, but after years its territory suddenly ended up under commercial development. And Chemezov and Manturov have no personal interest in this?

How formally did the plant end up "under" MR Group? At the end of April, the subsidiary of this company, B-Development, acquired the ownership of Binor. But she, in turn, is the successor of MRTZ Kuntsevo LLC, Technopark LLC, Kuntsevo-Invest LLC, which were part of the Rostec circuit. 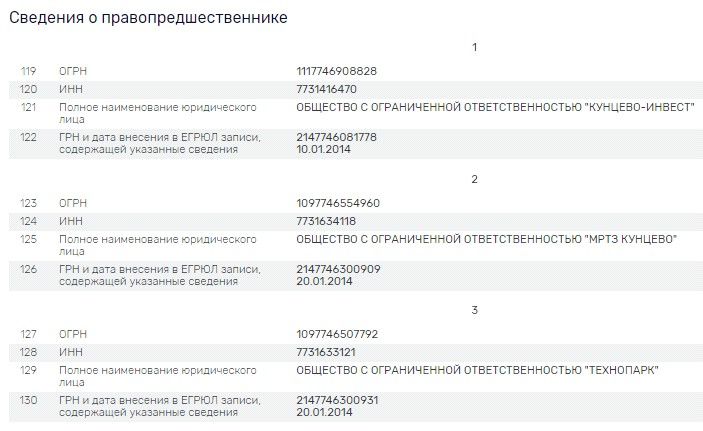 If the assumption that Manturov and Chemezov may be behind the development of the plant's territory is unlikely to surprise anyone much. The names of them and the structures subordinate to them regularly become at the center of a variety of scandals, especially with a corruption theme. Moreover, the families of both have a strong business relationship.

In this sense, the Moscow Radio Engineering Plant may not be the only asset that could "get away" from the state with the light hand of officials.

More recently, in Moscow, a subsidiary of Rostec, RT-Capital, sold a historical and cultural monument, the House of the Moscow Civil Governor, on Tverskaya Street. It went to MB 23 LLC at the auction for 1.8 billion rubles. At the same time, the building is not one, but three, and now there will be a hotel. How did the buildings with a total area of ​ ​ 10.6 thousand square meters. meters on three plots of 2.2 thousand square meters. meters was at Rostec, and why did it need to be sold?

Even before that, in 2020, RT-Capital, working with non-core assets of the state corporation, decided to get rid of another site in Moscow. We are talking about the property of the Orion research and production association, which specializes in the production of microelectronics. The initial price of the lot is 2.4 billion rubles. But last year the auction was declared unsuccessful, not a single application was received for it.

This may be due to a slightly inflated cost. They say that the auction documentation could be drawn up in such a way as to cut off the participants altogether, then these assets can give practically no priceless to any development group.

Or some of Chemezov's close associates. For example, the owner of the base for Rostec "NK Bank" Viktor Grigoryev. In the past, he very successfully acquired 75% of the Technodinamik holding, which is part of the Rostec circuit. The structure with dozens of factories and high-tech industries was sold at a closed auction at a "ridiculous" price of 13.8 billion rubles. At the same time, the price remained starting, that is, the state did not receive anything "from above" from this.

Recently, Rostec structures have worked well with developers. For example, the PIK Group of Companies Sergey Gordeev, who has long had an ambiguous reputation in the market.

In February 2021, it became known that one of the subsidiaries of PIK Gordeev acquired rights to 3 hectares of land on Zelenodolskaya Street in Moscow Kuzminki. And the sale was made directly by the co-owner of RT NEO Irkutsk Alexander Sumkin. 51% of this company belongs to JSC National Environmental Operator. Which, in turn, is 25% owned by Rostec Group of Companies. For some reason, the structure of the owners of the remaining 75% is not disclosed.

It is no less interesting how Mr. Sumkin himself received ownership of the land, which eventually transferred to the PIC. He bought the plot from Afghan LLC, which was previously declared bankrupt. They say that Sumkin could act on the direct instructions of Chemezov, who understood that a large metropolitan business would be interested in the site. So it turned out - if initially there were no agreements with Gordeev himself.

It does not look very beautiful, especially since Gordeev and his PIC have enough debts to the same banks themselves. That is, from one indebted and bankrupt structure, the land will go to another company with a high debt burden. What could that mean? That instead of a beautiful LCD in Kuzminki, another long-term construction with hundreds of equity holders may appear. having not waited for their housing. Does Chemezov not care?

And finally, the news of literally the last days, which is also directly related to the strategic assets for the country that were under the control of Rostec. According to Interfax, LLC Tekhnoinvest, part of Sistema AFK, can become the owner of 25.006% of the main production facilities of JSC Moscow Engineering Enterprise named after V.V. Chernyshev, which is part of the portfolio of United Engine Corporation (UEC). FAS has already approved the deal. Now Vladimir Yevtushenkov can reap state property?

MMP named after Chernyshev produces engines for aircraft and helicopters and components for them. The company also has an experimental production of Kronstadt group drones. Which, by the way, was also acquired by Sistema back in 2015. 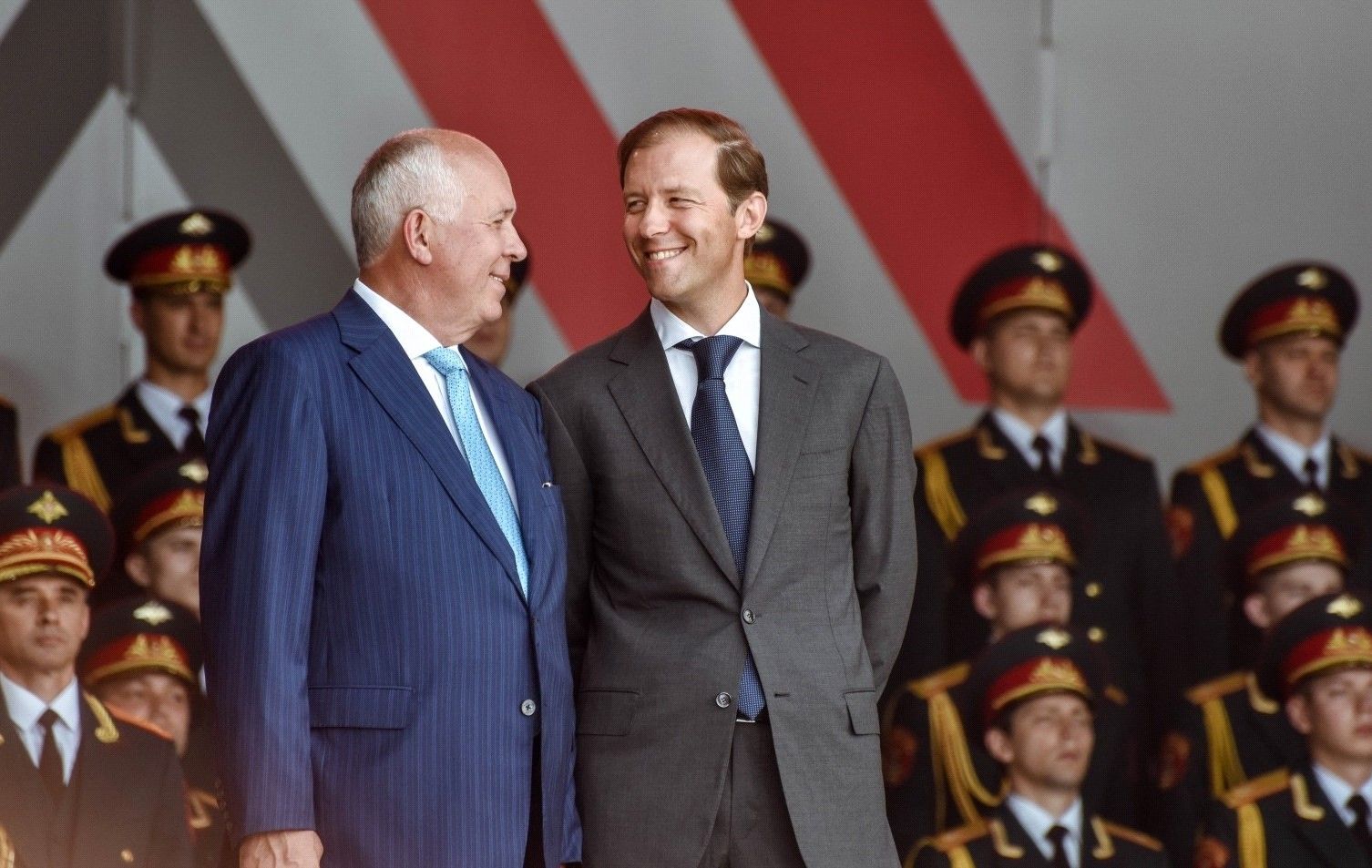 Given all these and many other points related to state ownership and the distribution of budget funds, it is not surprising that Sergey Chemezov and Denis Manturov are one of the richest officials in Russia. The head of the Ministry of Industry and Trade for 2020 completely became the richest member of the Cabinet, his earnings amounted to 740 million rubles. About this writes TASS. At the same time, it is not completely clear whether this amount includes income received from the family business.

Sergey Chemezov is trying to keep up with him. True, his income for 2020 turned out to be much more modest, less than 323 million rubles. In 2019, there were more than 400 million. Despite this, in 2020 Chemezov and his wife Ekaterina Ignatova became richer by 800 million rubles. Last year, the Chemezov family earned almost two billion rubles. "The main growth in income is associated with the sale of a stake in Smart Driving Laboratory LLC, as well as real estate," RBC commented in Rostec.

So it turns out that everyone earns: Chemezov, Manturov, MR Group. Only the state, which remains without strategic enterprises, does not earn.