Odious owner of the fish giant Norebo Vitaly Orlov may be behind the criminal case of fisherman Yuri Tuzov. Thus, he can once and for all achieve a redistribution of quotas for fish production in his favour. But at what cost?

According to the correspondent of The Moscow Post, a real theatre of the absurd is being played out in the Basmanny district court of Moscow, where prosecutors have requested 12 years in prison for the famous Murmansk fish entrepreneur Yuri Tuzov. Tuzov is accused of kidnapping and extortion, despite the fact that at the time of the kidnapping, he was in the air, on a plane.

We are talking about the kidnapping of Pavel Surin, the General Director of Logistics-Moscow LLC, with whom Tuzov's company Nord Pilgrim had proceedings in court. They sued over a debt for a bill of 400 million rubles, which somehow went to Surin and was signed by Tuzov himself back in 2009. However, Tuzov has already won that court - why would he kidnap Surin?

This can be easily explained. The kidnapping could have been staged, and not by anyone, but by a long-time competitor of Yuri Tuzov, the owner of the fishing giant named Norebo owned by Vitaly Orlov. Nowadays, Tuzov's Nord Pilgrim actively competes with Norebo in the Northern seas.

Though they were partners once. They say, that Tuzov and Orlov have been working together since the 90s, and have risen well in the supply and resale of fish. Allegedly, Tuzov sold seafood and "payed off" to a close friend through the offshore trading companies of Orlov, registered in the UK, Spain and Hong Kong. 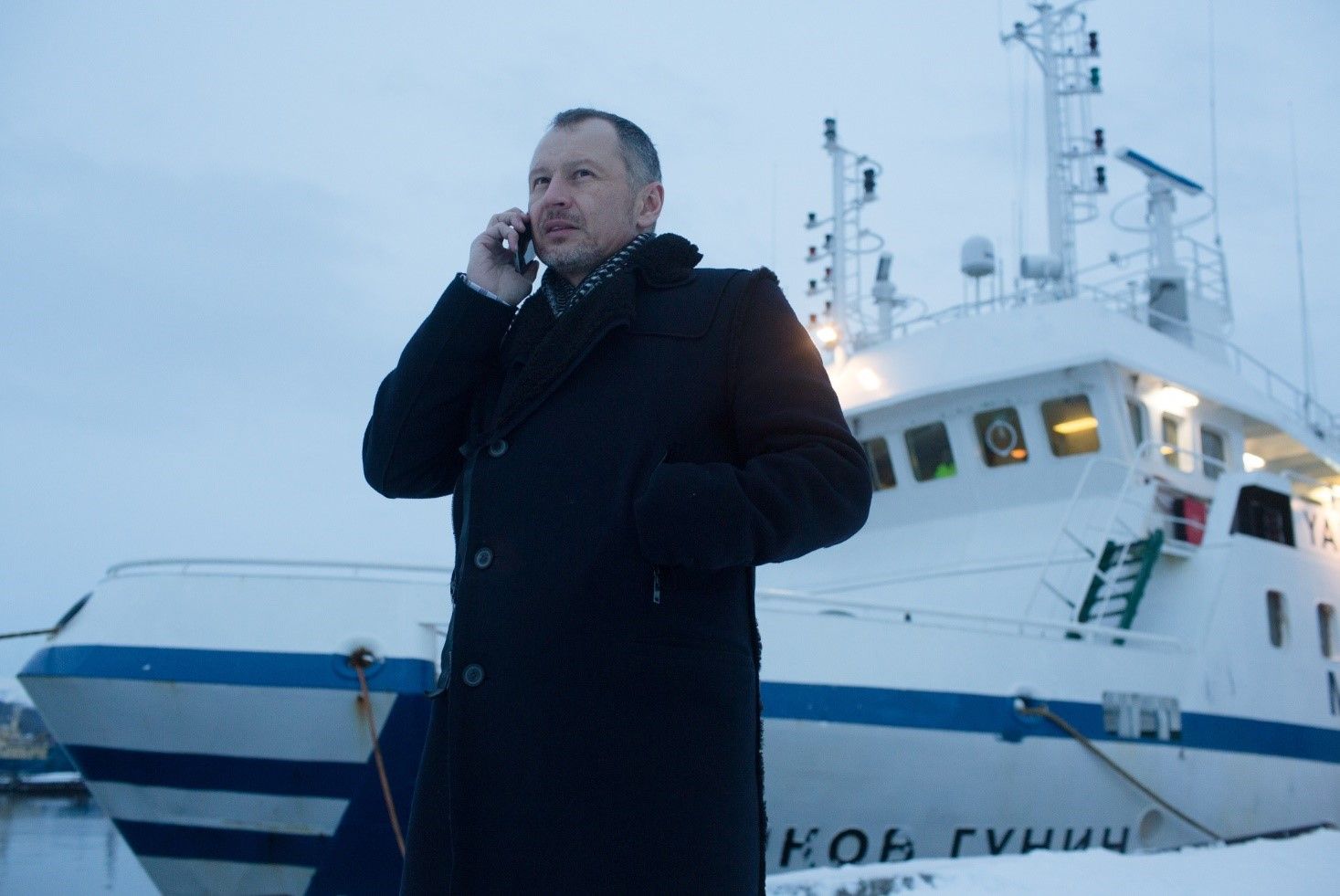 IsTuzov's suffering the result of a certain "multi-pass combination", which could have been initiated by the "fish king" Vitaly Orlov?

But the interests of the partners diverged long ago. At one time The Moscow Post wrote about the claims of the Murman Seafood N company, which was supposed to be close to Norebo, to the structure of the RKF, allegedly not a stranger to Nord Pilgrim owned by the Tuzovs. That "threat", however, did not end in anything serious for Tuzov. Did Orlov decide to try a more effective method?

Suspicions that the kidnapping was staged to defame and remove Tuzov from the "fish game" are only growing stronger. Moreover, Tuzov himself guesses who exactly benefits from his criminal case: people who want to take away his assets with rich quotas for fishing. It is easy to assume that it is Orlov who hinders Tuzov.

The "kidnapping" that didn't happen?

Surin's kidnapping took place in 2017. Allegedly, under torture, he was forced to give up financial claims to Tuzov, making a corresponding written statement. The kidnappers were quickly caught, as a result of which one of them, a certain Alexander Ingaev, reported that Tuzov was the customer of the kidnapping.

The most interesting fact is that later even these kidnappers admitted the position of Tuzov's defense, according to which the event of the crime did not happen, but it was staged. This was reported by the Kommersant publication. But this is not all.

Subsequently, Yuri Tuzov, already arrested, fell into the hands of the investigator of the IC of the Russian Federation Maria Slezkina, who led him, and then extorted €2 million from Tuzov. Probably for waiving claims or mitigating charges. This was also reported by Kommersant. Anyway, Slezkina was quickly "figured out", she escaped abroad.

From there, she wrote an application to the Prosecutor General's office and her former colleagues, in which she indicated that she had acted on the instructions of the former Deputy Head of the IC of Russian Federation in Moscow, General Alexander Drymanov. In August, Drymanov was found guilty of taking bribes in order to release criminal authority Andrey Kochuykov ("the Italian"). This was reported by RIA Novosti.

That is, we can already conclude that all the charges against Tuzov can be a fake, which was issued by investigators who themselves fell into the sights of law enforcement agencies. But who can benefit from this?

And there is one interesting detail. The fact is that, according to the defense of Tuzov, a certain lawyer Sergey Golubev delivered the paper according to which Surin refused financial claims for 400 million rubles to Tuzov (let us recall that the groundlessness of his claims to Tuzov was confirmed by the court), to the fish entrepreneur’s company Nord Pilgrim.

According to Life, Golubev has long been strongly associated with Vitaly Orlov, not to mention the fact that Golubev allegedly constantly flashes in the criminal news. It could well have been a messenger from Orlov, and the possible kidnappers simply could not have imagined that Surin's claims would later be dismissed by the court. Now the document with the refusal of Surin is, in fact, the only evidence in the case of Tuzov.

Moreover, as it turned out later, it was Sergey Golubev who represented the interests of Vitaly Orlov in a dispute with his former partner Alexander Tugushev! And this story can also pull for the script of an action film with a criminal flavor.

The case is in a serious corporate dispute over a third of the shares in Norebo, where Alexander Tugushev was one of the co-founders along with Vitaly Orlov and Swedish citizen Magnus Roth.

The essence of the story is simple: Tugushev considered that when dividing the shares of Norebo, Orlov could simply "deceive" him, paying only $30 million for a third of the shares. While today Norebo is worth, according to various estimates, about $ 1.5 billion.

When the confrontation between the former partners began in 2003, Orlov and Tugushev attracted influential patrons to their sides. As a result, various criminal cases and endless court proceedings appeared.

The lawsuits are still ongoing. Now - in the High Court of London.  Now, Alexander Tugushev is believed to be exactly there, in London. However, the reason is probably much more prosaic. The fact is that in early 2020, Russian law enforcement officers put him on the international wanted list. This was written by the PASMI publication.

Earlier, a criminal case was opened against him under part 4 of article 159 of the Criminal Code of the Russian Federation (fraud on a large scale). According to the investigation, the ex-official misled and embezzled 31 million rubles from the co-founder of Vostok LLC, the largest company in Murmansk, Alexander Sychev, whose company is engaged in marine fishing, processing, canning, and wholesale trade in fish, crustaceans and shellfish.

If we assume that the situation with Tuzov is the work of Orlov or structures close to him, doesn't it seem strange to initiate a case against Tugushev? Another person who had a serious conflict with Orlov…

However, this is not the only thing that Vitaly Orlov could be asked. There are enough rumours and complaints about the direct activities of Norebo. We have already written that his work was previously associated with the activities of the offshore Dragon Seafoods Limited. 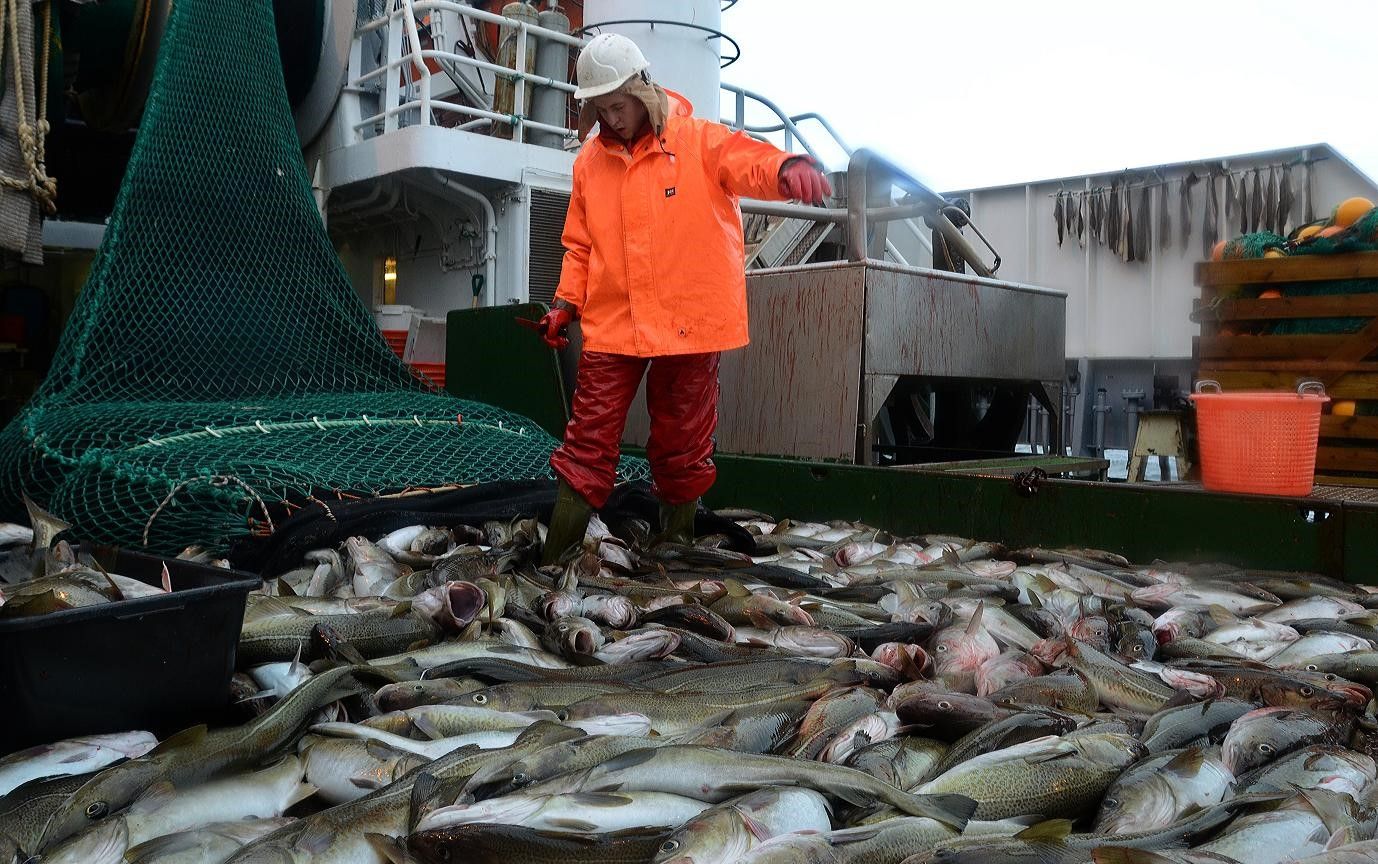 Is the scandal wuth Tuzov only a part of a big game being played by giants like Norebo for control of fishing?

And earlier, another scandal broke out. The famous WikiLeaks resource has published a new series of documents that may indicate the involvement of the Norebo fishing holding of the Russian fish king Vitaly Orlov in a number of criminal actions.

It is about the Icelandic fishing company Samherji, which allegedly for many years bribed the authorities of Namibia to obtain quotas for fishing in this country, and then allegedly laundered the proceeds through the Norwegian Bank DNB NOR.

Let us note that the Stundin newspaper wrote about the possible involvement of some "Russians" in the work on laundering illegal income through DSB NOR even earlier. Were the representatives of the Vitaly Orlov meant?

Allegedly, from 2011 to 2018, about $70 million was withdrawn through a Norwegian Bank. Then these funds were allegedly transferred to offshore companies, and then used as bribes.

From the documents published by WikiLeaks, it follows that Orlov’s Norebo allegedly bought one of the "laundries" from Samherji for laundering illegal income - the company Katla Seafood Canarias S. L. U., registered in the Canary Islands. And also afterwards could conduct joint activities with Samherji on catching fish and the same money laundering.

However, as far as it is known, no charges were brought against him or his structures, however, the fallout should have remained unpleasant. And it will be even more unpleasant if the case against Yuri Tuzov falls apart, and the High Court of London finally and irrevocably recognizes the rightness of Alexander Tugushev in the dispute with the "fish king".

In this case, the same Tuzov can return to the Murmansk region, where he intended to raise the famous settlement of Teriberka from poverty, which appeared in the famous film named Leviathan. But this requires that Leviathan does not devour Tuzov himself, who has already suffered two strokes because of this whole story...