The main beneficiary of the OBI fire in Khimki may be considered its mysterious new owner, associated with the "main ice cream maker of Russia" Alexander Kashelevsky.

A third suspect was detained in the case of a fire in the OBI construction market in Khimki. So far, his name has not been released. Recall, on December 9, a fire broke out, and then an explosion occurred. As a result of the incident, not only the property of the company was damaged, but also the guard died.

So far, the official version of what happened is the provision of services that do not meet safety requirements. Among other things, a foreman and a welder who were responsible for repairing the roof of the building were detained. However, the background may turn out to be much more unexpected. Details - in the material of the correspondent of The Moscow Post in the Moscow region.

The media put forward various versions of what happened: from a really short circuit to a redistribution of business and attempts to get insurance. The latter seems to us more viable.

Of course, the assets of such a large enterprise are insured. Three hours after the start of the fire, insurers rolled out the preliminary amount of damage caused by the fire. The figures ranged from 20 to 30 billion rubles. There are assumptions that the insured amount is overestimated, that is, the fire may "go out" to the owner in plus: it was considered at an increased dollar rate.

The OBI business has experienced two ownership changes over the past year. Moreover, if for the first time after the departure of the German concern from the Russian Federation, the hypermarket chain was handed over to Joseph Liokumovich - a person whose history we briefly know - who took possession of the network a few months later is a mystery to many.

It is possible that the new owner, who, according to some estimates, received hypermarkets in a not entirely honest way, was going to make money on them without developing a business. Otherwise, why would he hide?

From Liokumovich to investors from Kazakhstan

Let's dwell on the topic of redistribution of OBI business. Liokumovich, to whom the network was originally sold, is a longtime acquaintance of Karl-Erivan Haub, CEO of Tengelmann Group (which owns OBI GmbH). He helped the concern when he entered the Russian market in 2015. Apparently, Lyokumovich was entrusted with managing OBI as "his" person. The price of the transaction, which cost the entrepreneur only 600 rubles, also speaks in favor of this - for the entire network of hypermarkets.

In addition to Liokumovich, another investor entered the capital of the company. According to Joseph Liokumovich himself, a person is non-public, but extremely reliable. According to Komsomolskaya Pravda, this is one of the richest people in Europe.

According to information from EGYURL, the second founder of GISK Makh LLC, which owned OBI, was a certain Ilya Kolobkov. He is also listed as the owner of the Moscow Institute of Existential Studies. The former owner of the latter is a well-known entrepreneur, member of the expert council of the Ministry of Finance of the Russian Federation, deputy chairman of the council for investment and financial policy of the Chamber of Commerce and Industry of the Russian Federation Boris Lyuboshits. He also became the interim manager of OBI in April this year.

There were two other applicants for the deal with the German network during the purchase of business by Liokumovich "and CO" - writes Komsomolskaya Pravda. One of them was the structures (Asadel holding, which develops OBI in Kazakhstan) of the family of Kazakh businessman Erlan Seysembaev. The latter was put on the wanted list in 2009 in the case of embezzlement of Alliance Bank funds.

Another owner of Asadel holding is called entrepreneur Galimzhan Esenov, who is on the 21st line of the Forbes rating with a fortune of $412 million. He was also suspected of unscrupulous intentions in relation to another monetary structure - ATFBanka.

As a result, the business was transferred to Liokumovich, but after a few months it unexpectedly ended up in the hands of the new owner. 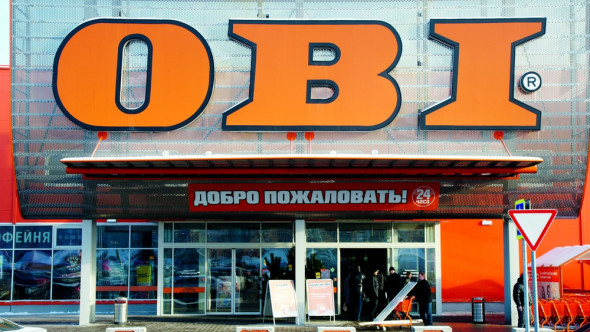 The LLC is owned by a certain Yuri Alymov. There is no information about him in open sources. But according to EGYURL, it is possible to trace its connection with Mosotdelspetsstroy LLC, which until 2016 was managed by Tsetrum LLC. It, in turn, runs Aloris CJSC. The latter, around the same period that Alymov was listed as the founder of Mosotdelspetsstroy, belonged to Alexander Kashelevsky's Outpost CJSC.

This is a very interesting entrepreneur. And very, again, non-public. It is known that he is related to the production of Korovka from Korenovka ice cream, which Vladimir Putin traditionally buys for cameras at the MAKS air show in Zhukovsky. In 2019, it became one of the five largest manufacturers in the market.

In the media, Kashelevsky is mentioned in connection with the owner of the Nastyusha holding Igor Pinkevich, who was arrested in 2017 for disrupting the development of residential areas in Tsaritsyno. The company "Combifarma" Kashelevsky acted as a co-investor of the project. Shortly before Pinkevich's arrest, 49% in his LLC Grain Company Nastyusha passed to the subsidiary of Outpost Kashelevsky. Combifarma is now, by the way, in the process of bankruptcy.

Now "Korovka from Korenovka" is produced by "Renna-Holding" under the leadership of an equally non-public person - Andrei Labut. He does not communicate with journalists. It is known that in 2002-2004 he led the dairy producer Ingeok KRT, which was part of the largest construction group Ingeok of Mikhail Rudyak at that time.

After the OBI business passed into the hands of the new owner for the second time in a year, what was happening was called an attempt at a raider seizure. The truth is confused by the fact that Liokumovich himself is silent. From which The Moscow Post was born back in October about the possible collusion of the latter with Mr. Kashelevsky, who may be behind the mysterious timber processing plant.

The following picture looms: Mr. Liokumovich (not important intentionally, by agreement or in a "voluntary-compulsory manner") transferred the business to a certain LLC, potentially associated with the main Russian "ice cream maker" Alexander Kashelevsky.

The latter never dealt with construction assets. And then there is the fact that at the time of its transition into the hands of Liokumovich, the company generated large losses and had long-term lease agreements, the obligations of which fall on the new owner.

IKEA recently left Russia. And so far there is no one to occupy the area of ​ ​ such a large furniture store. With the departure of IKEA, people stopped reaching in such strings to those outlets where its stores were previously located. IKEA was also Khimki next to the burned OBI. Accordingly, the profit of the organization, which was already in a rather deplorable situation, still decreased.

But whether insurance has fallen in price, and who will receive it, and will thus become the main beneficiary of the "burned" OBI, if, of course, arson took place here, it could be most profitable for its new owner. Moreover, there has long been talk in the journalistic environment about who is actually behind Mr. Alymov. Now the vector of attention is forced to switch from searching for a new owner and talking about a raider seizure to discussing versions of the fire.

10 August, 6:57
MIC mold is not a hindrance, and other "charms" of Andrei Ryabinsky
See also