Deputy Energy Minister Anton Inyutsyn has left the post and may soon head one of the subjects of the Russian Federation. Can attempts to "hide himself" in the regions be regarded a characteristic feature of the former Head of the Ministry of Energy Alexander Novak and his team?

According to the correspondent of The Moscow Post, the Ministry of Energy continues to clean up - Deputy Minister Anton Inyutsyn, who worked in the department for almost 9 years, was dismissed from his post. At one time, according to rumours, he was given a working place there as a kind of "lookout" from the PO. However, due to a series of scandals in the team of the former head Alexander Novak, Inyutsyn allegedly appeared in the so-called "risk group" of those who can repeat the fate of Anatoly Tikhonov, who is now suspected of a particularly large fraud. May Inyutsyn, probably, be placed somewhere to govern, as they once did with Alexey Texler, in order to lead him away from possible criminal claims? Earlier, there were rumours that a similar scenario was allegedly prepared for Novak himself.

The departure of Inyutsyn may indicate serious problems in the team of the former head of the Ministry of Energy Alexander Novak. The fact that Inyutsyn was not ordinary official — as RBC wrote, he there took place the so-called "gray cardinal" in his time he was predicted as a liaison between the Presidential Commission on Fuel and Energy Complex and Ministry of Energy. Prior to that, since the appointment of Vladimir Putin as Prime Minister of the Russian Federation (2008), Inyutsyn has been preparing abstracts and information materials for major meetings and conferences with the participation of the Prime Minister on the development of the fuel and energy complex, mechanical engineering, transport, security and law enforcement agencies. According to sources, in the PO, he managed to reach good relations with Igor Sechin, whose interests he allegedly represented in the Ministry of Energy.

There were mixed rumours about Mr. Inyutsin that he was allegedly actively lobbying for business interests, as well as "pushing" his relatives to "warm" places, using his official position. In particular, as Legal.Report wrote, there is information about his long-term friendly relations with the General director of the Franco-Russian Chamber of Commerce and Industry Pavel Shinsky. Thus, the latter asked to employ his wife to work in the international department of the government, offered to organize foreign trips of Inyutsyn, etc.

According to rumours, Inyutsin, and he may not be ashamed of asking for their relatives. At one time, a correspondence was leaked to the network, in which Inyutsyn allegedly asks to place his sister to a sanatorium in Valuevo, as well as a certain Chernikov Andrey Valentinovich - to the Ministry of Industry and Trade. Judging by the screenshots walking on the Internet, he allegedly even corrected the resume of the latter himsel! 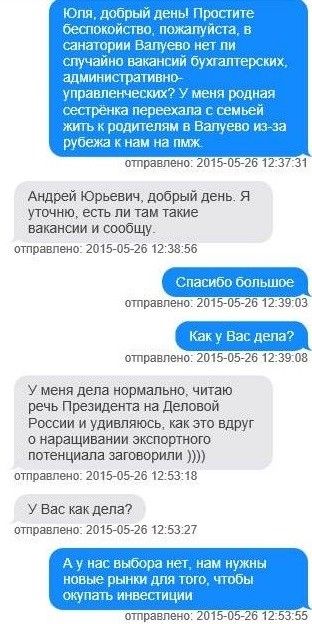 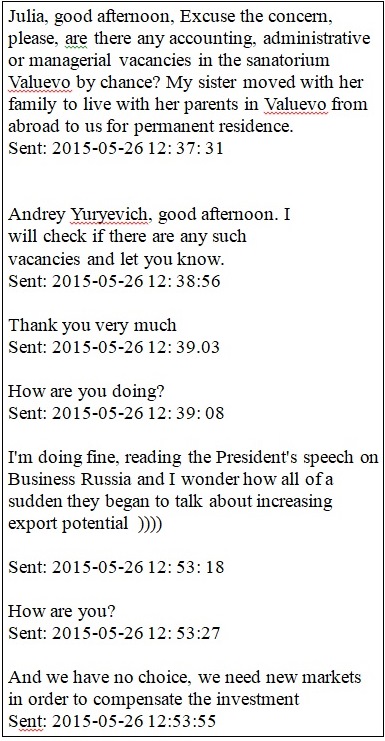 According to rumours, Mr. Inyutsyn may be behind the business of the Moscow Region entrepreneur Igor Bilous. The latter, according to Rusprofile, is now the founder of 13 operating companies that make very good money on government orders. In particular, Elmont LLC (the main structure of Bilous) has accumulated more than 3 billion rubles by the state. Is it possible that the businessman should thank Inyutsyn for such success?

But the former deputy minister may be interested financially in the success of Bilous. The fact is that the partner of the latter in Radius LLC is a certain Inyutsyna Galina Alexandrova - is she not a relative of our hero? By the way, the latter also has a common business with Bilous Galina Arkadyevna, who may be a member of the family of the beneficiary of "Elmont". 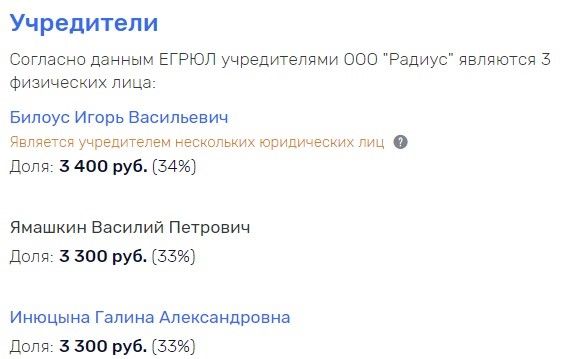 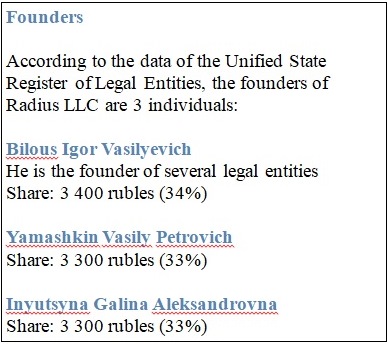 By the way, at one time the name of Inyutsyn appeared in the news precisely in connection with his family. According to BFM, his wife Alexandra Afendikova in 2014 reported to the police that their apartment was robbed. Then she claimed damage of 350 thousand rubles - this was the money set aside for the family's vacation in the Crimea, as well as the cost of Afendikova's stolen purse. Though, then the investigators put forward a version that in fact the thieves were not worried about money and accessories, but some "important documents".

However, the incident does not seem to have affected the fate of Inyutsyn himself. Now something more serious has happened, so they decided to "take" the former Deputy Minister to the "shadow"? It is likely that he will soon take the governor's chair: according to the authors of the Politjoystick telegram channel "Politjoystik", he allegedly recently graduated from the "school of governors" of the first Deputy Head of the PO Sergey Kiriyenko and is clearly in the personnel reserve.

According to the old scheme?

Once, the "maneuver" with the move from Novak’s team from the Ministry of Energy to the regions already took place: Alexey Texler moved from the department to the Chelyabinsk region. Now there are rumours that Novak himself can lead the Krasnoyarsk Territory. The Moscow Post wrote about this in detail previously.

And although Inyutsyn is not considered a member of the so-called team of "Krasnoyarsk" unlike Texler and Novak, it is known that he had a very good relationship with his former boss. So what Novak will not leave Inyutsyn in trouble, will he? In addition, the latter may know a lot about the nuances of working in the Ministry of Energy during Novak's time - it is unlikely that the latter wants the security forces to come out to his former subordinate.

Moreover, Anatoly Tikhonov has already been targeted by law enforcement officers. According to Kommersant, the latter was arrested last year on suspicion of embezzling more than half a billion rubles allocated by the Federal State Budgetary Institution "Russian Energy Agency" of the Russian Ministry of Energy to create an information system. The Tikhonov case can unravel a real corruption "tangle" related to the oil trade, with which the entire Novak team was allegedly "fed". And Inyutsin too?

By the way, Novak himself, as well as Inyutsyn, was also reproached for lobbying business by the rumour-mongers - they say that he could contribute to the success of Valery Shandalov's Optima Group, Energostream, which is associated with the "authoritative" Yuri Zhelyabovsky and the Sovet Rynka of Maxim Bystrov. It is rumoured that the former Head of the Ministry of Energy "pushes" the interests of Vladimir Potanin, with whom he managed to work in Norilsk Nickel. Previously, this was described in detail by The Moscow Post.

"Hide" in the regions - that's the plan of Novak’s team, isn’t that? However, only time will tell whether they actually do this, or natives of the Ministry of Energy will be in the sight of security services.