Novak unravels "Rosseti" of the Caucasus

Deputy Prime Minister Alexander Novak was sent to deal with the most problematic region in the Russian energy market. And there he can be met not only by numerous economic problems, but also by political confrontation.

According to the correspondent of The Moscow Post in the North Caucasus Federal District, Deputy Prime Minister for Fuel and Energy Alexander Novak will become the curator of the North Caucasus, where one of the key issues for the territory is the stabilization of the fuel and energy complex. In other words, the deputy prime minister is sent to the aid of the head of Rosseti Andrei Ryumin, who was at the center of a federal scandal, since the entire North Caucasus Federal District risks remaining without energy. However, all this can lead to a hardware conflict between Novak and another deputy prime minister, Yuri Trutnev, who was left the curator of the state development program of this district.

Some consider Novak's appointment not very successful at once in several parameters. The fact is that the Deputy Prime Minister represents the team of "Krasnoyarsk," which were already at the helm of the North Caucasus Federal District. The then Deputy Prime Minister Alexander Khloponin from 2010 to 2018 was the presidential envoy in the district, but to date almost all of his undertakings have been curtailed: the North Caucasus Development Corporation, the Caucasus Today media holding, the Center for Modern Caucasian Policy, etc. have been liquidated.

In addition, Novak is far from the economic specifics of the North Caucasus, since the share of fuel and energy systems here is extremely small, does not exceed 3% in individual regions.

Moreover, he was put in a situation where it can be extremely difficult to avoid a conflict with Yuri Trutnev. The latter has long mastered the North Caucasus Federal District and, as it is believed, has already managed to place its people on the ground. Among the latter, in particular, is the name of Andrei Borodin, a member of the board of directors of Resorts of the North Caucasus. But now, it seems, Trutnev decided to finally "push" to the Far East, where he is the presidential envoy. And he is unlikely to calmly agree with a kind of "reference" away from the federal center.

Given all of the above, it becomes clear why Novak was actually sent to the Caucasus. It seems that his main task is to solve the problems of "Rosseti" there.

Novak has long been looking after "Rosseti" - he did this on duty, being the Minister of Energy in 2012-2020, to this day he is on the board of directors of the state corporation. The deputy prime minister obviously had good relations with the ex-head of Rosseti Pavel Livinsky, which means that bridges have also been established with his replacement Andrei Ryumin. Earlier, The Moscow Post wrote in detail that, in fact, the latter completely continues Livinsky's policy.

Last fall, at Livinsky, the Center for the Competence of Technological Development of the Fuel and Energy Complex of the Ministry of Energy of Russia, a consortium of the electronic industry with the participation of the Rosseti group of companies created a consortium "Hardware and software complexes and fuel and energy management systems." His task was to contribute to the development and organization of the production of an electronic component base, electronic equipment and control systems for the fuel and energy complex.

However, all this did not help to avoid the scandalous situation already under Ryumin. In April, a scheme was broken to restructure the debts of energy retail companies of the North Caucasus owned by "Rosseti" to the wholesale energy market. The state corporation admitted that it does not have the money to ensure full payment of energy by its structures in the district - by the end of the year, as much as 7.4 billion rubles are not enough, "Kommersant" reported. 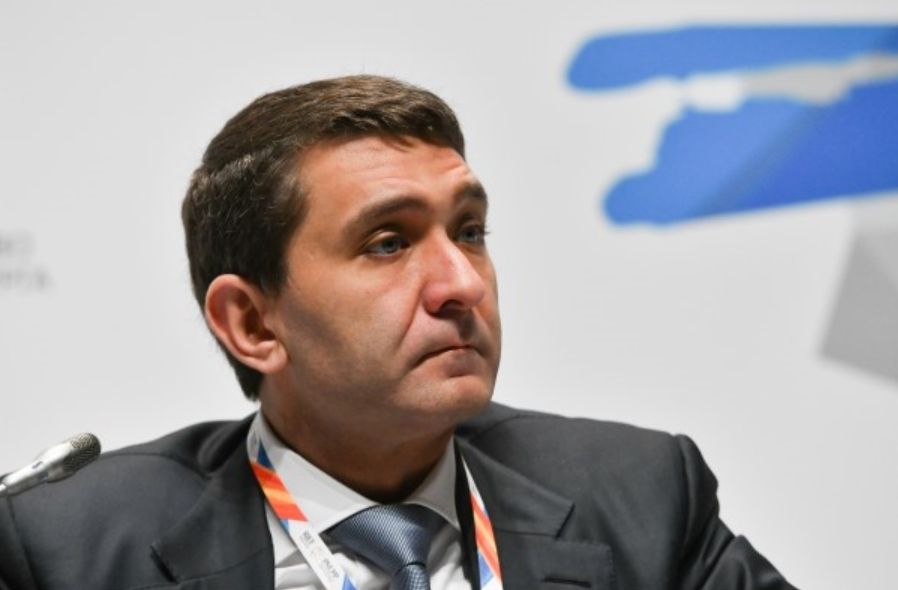 All this is Livinsky's inheritance. In 2019 alone, with revenue of 18 billion rubles, the losses of Rosseti North Caucasus PJSC amounted to 9.8 billion. At the same time, the volume of state ranks of the organization exceeds 4.4 billion. The situation in the "subsidiaries" looks the same: losses of Dagestan Network Company JSC amount to 6.9 billion rubles, Dagenergoset JSC - 174 million.

Moreover, money from the subsidiaries of Rosseti North Caucasus PJSC could be banally withdrawn: in the spring of this year, the police detained 11 former heads of regional energy companies suspected of embezzlement of more than 10 billion rubles. They worked, hiding behind a fake legal entity - Mezhregionsoyozenergo. Thus, sales companies themselves were driven into debt, repaid them from funds received from energy consumers, and suppliers were told that they did not have the means to pay for services. This was reported by "TASS".

At the beginning of last year, the state-owned company proposed that generating companies restructure their accumulated debt over four to five years, promising to fully pay for current consumption. But suddenly the cash flow was interrupted. And, as it turned out, Rosseti still has the most interesting funds: according to RAS accounting reports, cash and equivalents as of December 31, 2020 exceed 16 billion rubles. Earlier, The Moscow Post wrote in detail about this.

Against this background, "Rosseti" announced a reduction in dividends. Ryumin himself explained this by the intention to invest more than 1 trillion rubles in the construction of networks for BAM and Trans-Siberian Railway, recording spending in a "long-term development program." It is very convenient, because it turns out that the demand from the top manager will be only in a few years. But the situation in the North Caucasus Federal District must be dealt with right now, since the whole district risks being left without energy. And this will have to be done not by the tandem of Livinsky-Ryumin, but by Novak.

From the North to the Caucasus

However, the latter and earlier, as the curator of the fuel and energy complex in the government on the one hand, and as a member of the board of directors of "Rosseti", on the other, he had to intervene in the situation in the North Caucasus Federal District. However, Novak could be busy with another task - saving his longtime associate Anatoly Tikhonov from criminal prosecution. Deputy Energy Minister Anatoly Tikhonov was detained as a suspect in a criminal case of major fraud, RBC wrote. The Russian Energy Agency headed by him was engaged in the implementation of the state program "Energy Efficiency and Energy Development," in particular, the development of the state information system of the fuel and energy complex. 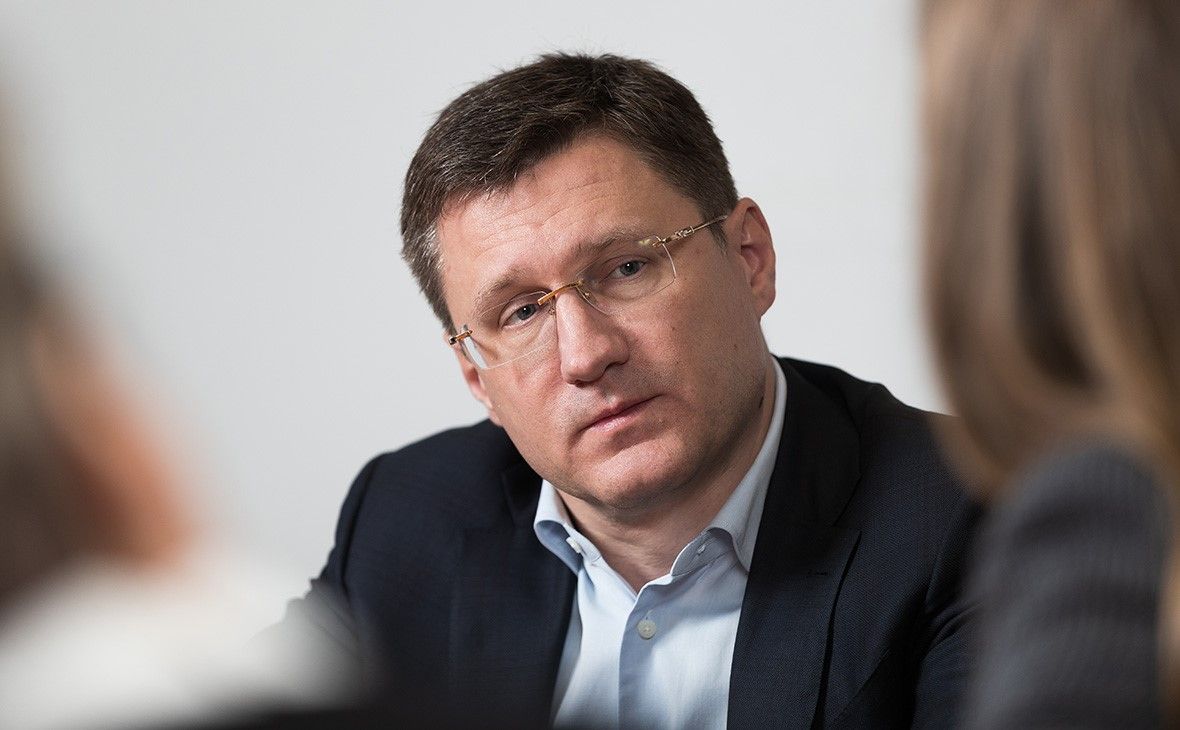 It is believed that it was Novak who brought Tikhonov to his department. But the most important patron, according to popular belief, was still Khloponin. Tikhonov and Khloponin worked back in the Krasnoyarsk Territory: where the first was the deputy governor of the second. Then he met Novak, who worked in a similar position. Their relationship even went beyond the workers: they are godparents of each other's children. Earlier, The Moscow Post told in detail about their strong connection.

To this day, Novak seems to be in no hurry to write off Tikhonov's accounts. Moreover, despite the start in relation to the latter, he still remained for a long time in a position in the ministry. He vacated the post only on March 31 this year and then... "due to the reduction of this position"! About this wrote "TASS".

All this may indicate that very difficult people are behind Tikhonov. And Novak's interest is clear here - it is possible that, spinning the Tikhonov case, they can reach the deputy prime minister.

And here it is worth noting that the so-called "Krasnoyarsk" began to lose ground. Khloponin lost his post as deputy chairman of the government, Alexei Texer (also, by the way, who had previously worked at the Ministry of Energy) was forced to move to the chair of the governor of the Chelyabinsk region. One of the key figures among the "Krasnoyarsk" is, as you know, Mikhail Prokhorov, who also preferred to remain in the shadows.

Earlier, The Moscow Post wrote in detail that Novak could repeat the fate of Texler, being in the chair of the governor of the Krasnoyarsk Territory, where he, in fact, began his career.

However, it seems that another place has been prepared for Novak - in the Caucasus. And he faces difficult tasks there: to solve the problems of Rosseti, to work with the Trutnev team and, in addition, to try to make sure that he does not personally experience the problems of old comrades.

29 November, 7:55
"Oblivion" of Ryumin - what information is the head of Rosseti afraid of?