Recently arrested Deputy Transport Minister Vladimir Tokarev may begin to testify. Law enforcers entered the new schemes of "black earnings" Reilyan, Krapivin and Usherovich. Officials and businessmen earned not only on the ranks and "zero."

Yuri Reilyan, who was on trial in Irkutsk, could be involved not only in embezzlement of money on contracts with Russian Railways - another item of his expenses was covered by a scheme to create fictitious debts in the microfinance organization VIVA Money.

According to the correspondent of The Moscow Post, on February 9, according to the Electronic Justice file cabinet, a bankruptcy filing was filed with the tax service against Invesproekt LLC. This company belongs to Hugo Reillan - part-time father of the former deputy minister of the Ministry of Construction and Housing and Communal Services Yuri Reillan, who was arrested last year in the case of fraud on the state ranks of Russian Railways - wrote Kommersant.

The company "Spetstransstroy," owned by the official until 2019 and performing the largest contracts, has repeatedly disrupted the construction of the Eastern landfill - the Baikal-Amur Railway (BAM) and the Trans-Siberian Railway. After President Vladimir Putin himself drew attention to what was happening and instructed to find the perpetrators, Reilyan was detained by law enforcement officers.

Reilyan and his case are directly related to the case of former Deputy Transport Minister Vladimir Tokarev, who was also detained recently for fraud with contracts with Russian Railways, who in 2016-2018 was the first deputy head of Spetstransstroy. Apparently, Reilyan, being in court, testified against Tokarev. 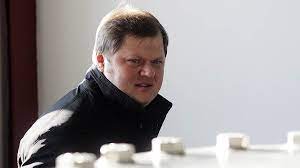 At the same time, law enforcement officers may be interested in the fact that Reilyan knows not only the ex-deputy minister of transport, but also a lot of other interesting personalities whose activities are associated with financial fraud. For example, the company "1520," owned by Alexei Krapivin, Valery Markelov and Boris Usherovich, also performed the order at the Eastern training ground. All these persons are now involved in the criminal prosecution in the case of embezzlement of funds on the construction of the highway and giving a bribe for patronage to Colonel Dmitry Zakharchenko - The Moscow Post wrote about this earlier. 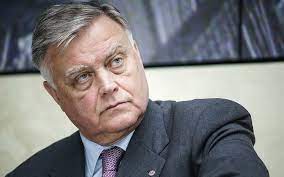 Spetstransstroy and 1520 could work in cooperation, including in the interests of the former head of Russian Railways Vladimir Yakunin, who had long worked as an adviser to Alexei Krapivin's father Andrei, and vice president of the state-owned company Oleg Tony. Although, as RBC writes, the change of leadership of Spetstransstroy in 2019 is not connected with the breakdown of the construction of BAM, all this suggests that Reilyan tried to hide from the security forces - it did not work.

Do not have a hundred rubles, but have one hundred debtors (or Kopeika takes care of the ruble)

So, Alexei Krapivin, who is now hiding from justice, as it turned out, is involved in another scam - he is related to the structure for issuing microloans "VIVA Money." This company has repeatedly become a defendant in stories about how debt to it was formed from people who did not contact it - the network publication 29.RU. wrote in detail about this.

Under the Viva Money brand, the Financial Support Center company worked. Owns this company Cyprus offshore Guinford Management Ltd. Most of it is in the hands of Roman Mironchik. The remaining share belongs to seven individuals and two other offshore companies.

Mironchik is a co-owner of the Bakhrushin House office complex and the Solnechny II shopping center, which are located in Moscow. Mironchik and Krapivin are both related to the now liquidated Avangard LLC, where they were listed as founders.

In addition to Mironchik, Roden Capital Management Ltd, owned by Roman Pivovarov and Denis Uchaev, owns shares in the Cyprus offshore. Both of them are also related to Sima Farming LLC - their shares are equivalent to the share of Dmitry Meistrenko, who, in turn, is associated with Krapivin in the construction business - Kommersant wrote.

Another person whose last name is offshore is Alexei Pugachev. As reported by the General Newspaper of the latter, they call him a business partner of businessmen Boris Usherovich and Valery Markelov, who are also associated with Alexei Krapivin. "

Mironchik and Krapivin, as it turned out, are related to her one microfinance organization - Finpoint. It was also established by offshore Guinford Management Ltd. 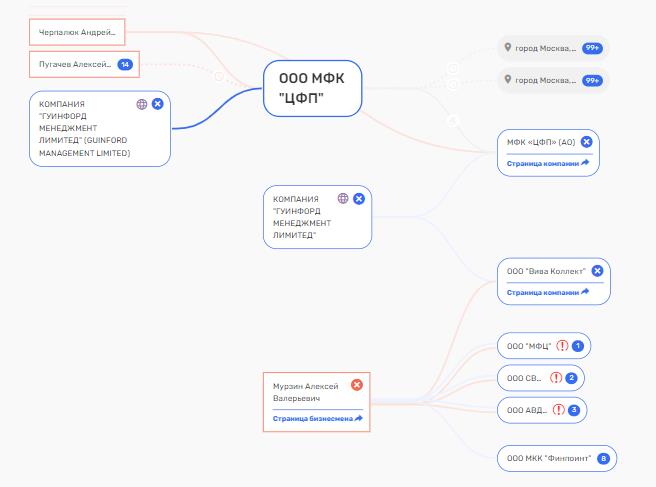 So persons associated with Russian Railways contracts are far from one source of earnings. How deeply the Reillan and Company networks go is difficult to say. How much more law enforcement officers will find largely depends on how talkative Tokarev will be, and whether Reilyan, who is still under investigation, will not split.

However, all persons who are in question have money withdrawal schemes, apparently, worked out.

For example, Vladimir Tokarev, came up with a way by which he withdrew 6 million rubles from his own enterprise. The company TD Trust Capital, owned by a businessman, lent them to Tupolev Estate 4, also owned by Tokarev. After that, TD Trust Capital transferred the rights of its debt to Glavstroyinvest (GSI), which also belongs to Tokarev.

And at the same time, a certain Ruslan Shlionchak was assigned the right to claim debt along with the right to appeal to the Arbitration Court. Shlionchak turned to him and recovered 6 million rubles from Tupolev Estate 4, which he received in May. And in July, the GSI filed a lawsuit against Tupolev Estate 4 to recover money from it. Which, of course, did not receive. Why this comedy?

And everything is very simple! The money was withdrawn from the Tupolev Estate 4 to a private person and cashed. Shlionchak is considered the lawyer of the Tokarev family. So the money could be in his pocket.

This scheme involved individuals who are affiliated with each other. Schlionchak was the bankruptcy trustee of Yauza Estate. And its founders were Vasily Bilokha and Evgeny Nedosenko. The first is the founder of Tupolev Estate 4, and the second was previously the general director of Tupolev Estate 4, and now works at Spetstransstroy. How many more similar schemes do Vladimir Tokarev have?

When Vladimir Tokarev came to work at Spetstransstroy, the GSI immediately concluded a contract with her for 631 million rubles. Soon it was torn apart. GSI remained owed 523 million rubles. Naturally, no one was going to give them away. Now the GSI is in bankruptcy.

Recently, the media began to write that the Moldavian scheme called "Landromat" has exhausted itself. Like all participants identified. Apparently, it's not. The case is only starting to unfold.