Why do all potential successors of Gennady Zyuganov fall under the "ice rink" — from fierce criticism to resignations and criminal cases?

A scandal in a noble "Communist" family. As the correspondent of The Moscow Post reports, the Deputy of the Legislative Assembly of the Irkutsk region Andrey Levchenko, the son of the disgraced ex-Governor of the region from the Communist faction Sergey Levchenko, appeared to be under criminal investigation.

Like his father, Andrey Levchenko served the Communist faction faithfully for years, and until the resignation of his father, also a fiery "Communist", there were no questions to him. Now he is suspected of a particularly large fraud, namely, theft of funds from the Capital Repair Fund.

No one has had any special illusions about father Levchenko and his son for a long time. There were rumours that the father could be dishonest. And the fact that the son was caught in a possible theft, and that it would be extremely difficult to pull this off without the patronage of the father, is understandable. Something else is curious.

An amazing regularity - as soon as someone more or less charismatic appears in the ranks of the Communist faction, as soon as versions begin to be expressed in the political science environment that one day this charismatic person could change the post of head of the Communist faction Gennady Zyuganov  - so immediately this figure begins to have serious problems. And not only this person, but also the people of this person's team. Up to criminal prosecution! 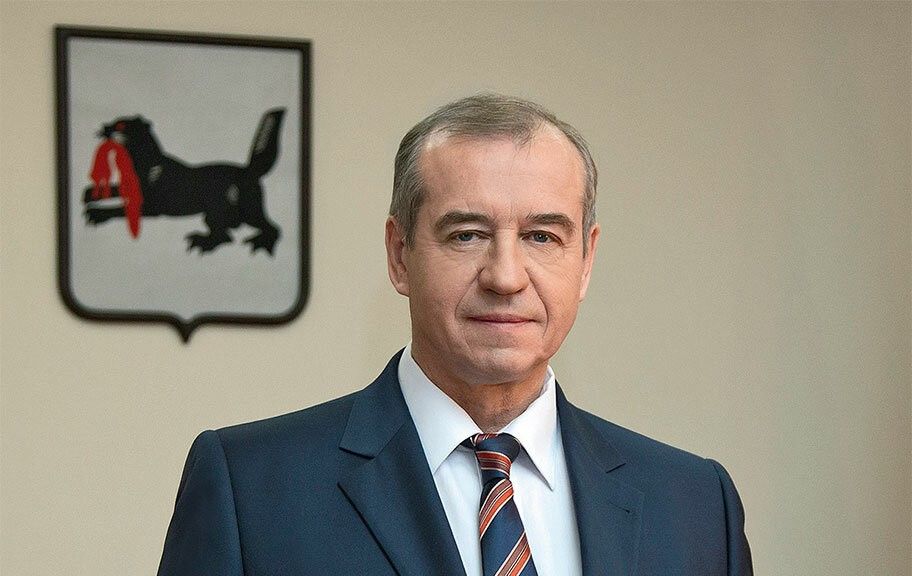 Sergey Levchenko served as the Governor of the Irkutsk region from May 2016 to December 2019. From the very beginning, Gennady Zyuganov showed full support for Levchenko. However, the latter, despite the mistakes, quickly gained points. So much so that his removal from office in December 2019 came as a surprise to many people. But, most likely, not for Gennady Andreevich.

Could Zyuganov push President Administration to the decision to break up with Levchenko? We won't know for sure for a long time. But he could, in fact. The arrest of Levchenko's son Andrey is already ripples in the water. Please note that if when Levchenko Sr. was removed, the Communist faction still expressed its support for him, now, in the case of Andrey Levchenko, there was not even a call to objectively understand the situation. Chewed - and will spit out?

Another case is even more famous. Of course, this is Pavel Grudinin, co-owner of the State Farm. n.a. Lenin, once one of the most successful agricultural enterprises in the country. Despite the fact that Grudinin was never officially a member of the Communist faction, many faction members literally dreamed of him. Young (regarding 76-year-old Zyuganov), active,  busy, successful. Loved by people.

Zyuganov, apparently, could not tolerate such a competitor. Yes, he actively supported Grudinin in the Presidential election. However, according to the experts interviewed, he could not do otherwise because of the position of the Presidential administration. Grudinin's strong candidacy gave legitimacy to the election, while Zyuganov was no longer perceived as anything other than an obsolete "spoiler".

According to the results of the presidential election, Grudinin scored 11.8%. Unfortunately for him, in addition to the election results, his trust of ordinary people in him did not fall after the vote, but only grew. According to the authors of the Apral website, allegedly Grudinin and today remains one of the potential successors of Vladimir Putin. This is reflected in the sympathy inside Communist faction.

Isn't that why Grudinin's business - State Farm n.a. Lenin, is suffering such a full-scale "attack" now? In which some manipulators could involve his ex-wife. According to Grudinin himself, an error crept into his Declaration, because of which the media attributed to him a fortune of 7.5 billion rubles. After that, everything, in fact, began. By the way, this "mistake" could not be accidental, but a planned provocation. Forbes wrote about the situation. 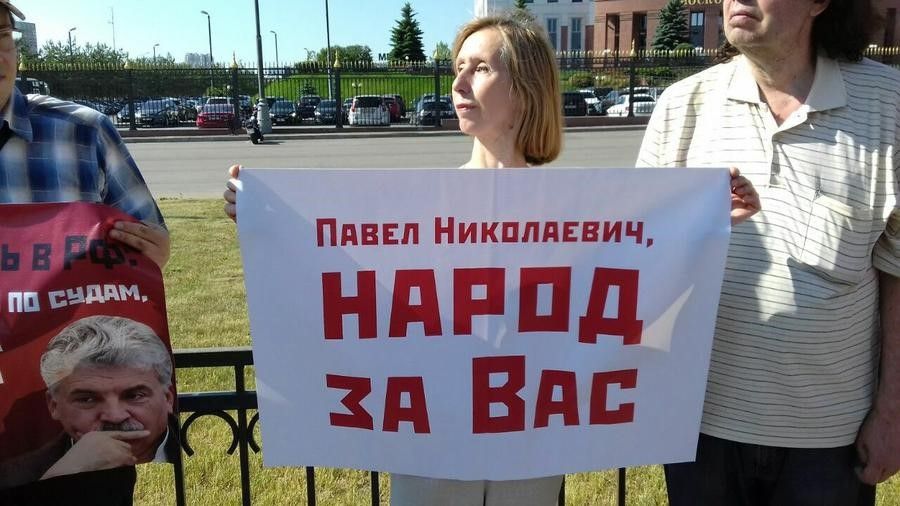 Another case is the current Governor of Khakassia, Valentin Konovalov. Also a Communist, one of the youngest and most promising leaders of the Communist faction. And also a man in whom many see fresh blood and a potential competitor to Zyuganov in the fight for the faction leadership.

But Konovalov, due to his youth, is extremely inexperienced. It is rumoured that Zyuganov is surrounded by completely incompetent advisers who advised him so much that the question of Konovalov's resignation may soon arise. Only a whole series of ridiculous, frankly failed decisions, which caused criticism not only among the people, but also in the Presidential administration, prompted him to take radical measures.

In early September, it became known that Konovalov decided to dismiss 15 of his advisers and assistants at once. This was written by Pulse19. Many of them should be directly related to the faction, which means their loyalty to Konovalov personally is questionable, isn't it? It seems that Gennady Andreevich himself could select people who should "help" an inexperienced politician. The result is obvious.

These are only the most high-profile, well-known cases. It is said that at one time Gennady Zyuganov was afraid of the Nobel laureate, Communist Zhores Alferov. But neither age nor decency allowed him to claim the position of head of the faction.

Meanwhile, Gennady Zyuganov himself can hardly claim any moral authority. In the early 1990s, he defended the very existence of the faction, but he was never able to become a truly major politician. It was due to the faction's authority and populist rhetoric that it gained momentum at the end of the last century.

Moreover, many real Communists consider Zyuganov almost a traitor. In the early 90's, according to detractors, he himself could have had a hand in the destruction of the CPSU by creating a parallel CP of the RSFSR. Until now, a number of analysts consider Zyuganov the winner of the 1996 elections. But if he won, he refused to win. In favor of what? Could they have promised him a comfortable old age?

Today, Gennady Andreevich is not associated with the achievements of the Soviet Union and communism. Neither with Lenin, nor with Gagarin, nor with the great Victory. Rather - with the protection and preservation of themselves and their capital. Including the faction's "cash register". In 2018 alone, the state financing of the Communist faction of the Russian Federation was at the level of 2.3 billion rubles, having almost doubled over the year. Information about this is available on the CEC website. There is something to fight for.

Not to mention what is happening in the State Duma. According to the blogger Majorua on the LiveJournal website, allegedly the leader of the Communist faction openly sells mandates, ensuring the nomination and support from the faction. 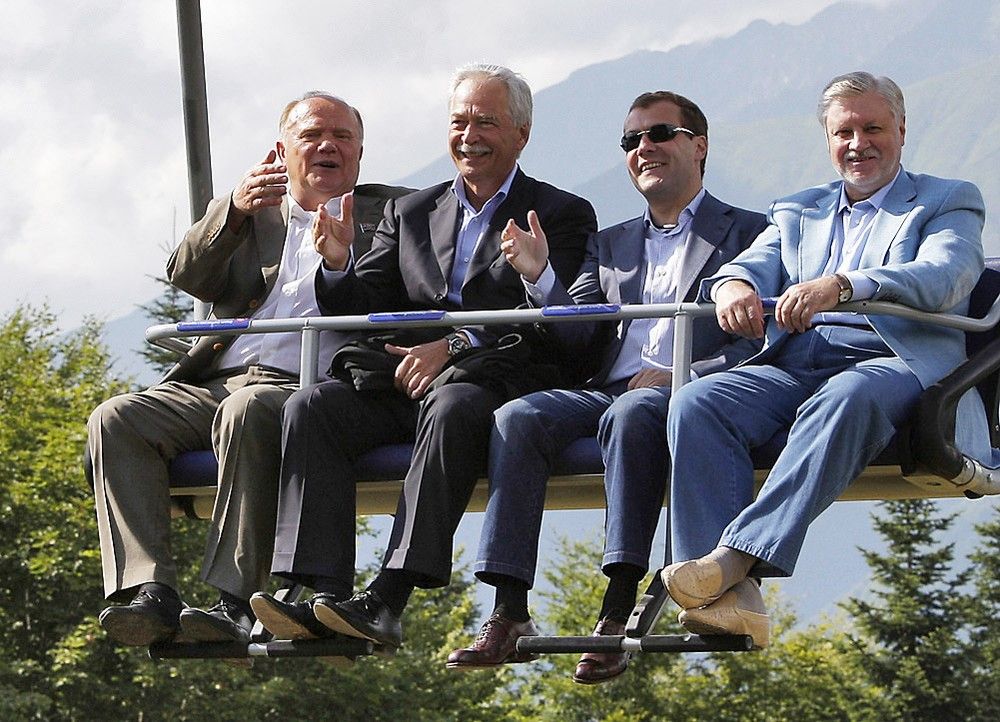 Gennady Zyuganov (on the far left) clearly does not intend to pass the place in the party and the parliamentary faction. Is he doing well enough?

Of course, there is no evidence. But the lack of real ambition and underhand games suggest that this may well have been the case. Moreover, today money can be withdrawn from the faction at all. Recently, this topic was raised by the assistant to the Communist Deputy from the Moscow City Duma Oleg Sheremetyev Irina Kuznetsova. This situation was described by The Moscow Post.

Because of the irremovability, criticism, conflicts, it seems, few people take Zyuganov as a politician seriously. Both the people and their own colleagues awarded him a lot of offensive and stupid nicknames: "ZigZag", "Mr. Zyu", "Dolphin". It seems to be nonsense. But it shows the real attitude to this person.

Treachery - this is the word that is often heard today in the circles of spiteful critics in relation to Gennady Andreevich. Betrayal of the ideas of communism, betrayal of their own voters. The betrayal of the people of his own teams. How fair it is - judge for yourself. However, it seems that we know what Levchenko, Grudinin, Konovalov and many other independent personalities who were once bypassed by Mr. Zyu would answer to this.

30 November, 8:16
"Change" for Zyuganov: who will take the place of the Communist Party?