Favorite of the mayor of Moscow Year Nisanov builds the capital with markets. Can this be beneficial to Sergey Sobyanin?

As the correspondent of UtroNews reports, God Nisanov and Zarah Iliev continue to buy up assets in Moscow amid scandalous statements by developer Ilgar Hajiev, who accused billionaires of seizing his business. What is the role of Moscow Mayor Sergei Sobyanin in this deal, with whom the owners of Kiev Square can be on a short foot, and is it still possible to protect the monuments of Moscow's cultural heritage?

A unique monument of garden and park art of the 18th-19th centuries and an object of cultural heritage of regional significance, the Studenets estate, apparently, will be built up or turn into the next market of Kiev Square, expanding its territories. In early September, Kiev Square acquired almost 10% of the Aeroplane Group of Companies associated with the family of the Governor of the Moseovskaya Region Andrei Vorobyov.

The owners of Kiev Square decided to take up another historical object in the center of Moscow. Studenets estate in the Krasnaya Presnya park will be turned into a gastromarket after reconstruction, in which they intend to invest about 1.5 billion rubles. It remains to wonder how the new owners of the architectural monument intend to reconstruct the estate and what appearance will the estate take to begin to correspond to the tastes of the God Nisanov?

A week ago, Nisanov's name again sounded in scandal. Former partner Ilgar Hajiyev again accused the owners of Kiev Square of raiding their business and collaborating with Moscow Mayor Sergei Sobyanin and Moscow Region Governor Andrei Vorobyov. At the same time, it was said that allegedly Sobyanin receives kickbacks from businessmen in the amount of 6% - 12% of the profit. Gadzhiev's interview is available in YouTube.

Meanwhile, it is no secret for a long time that Nisanov has connections in the highest offices of government, and it can be assumed that the current mayor of Moscow could also pat on the acquisition of the Gagarin estate. 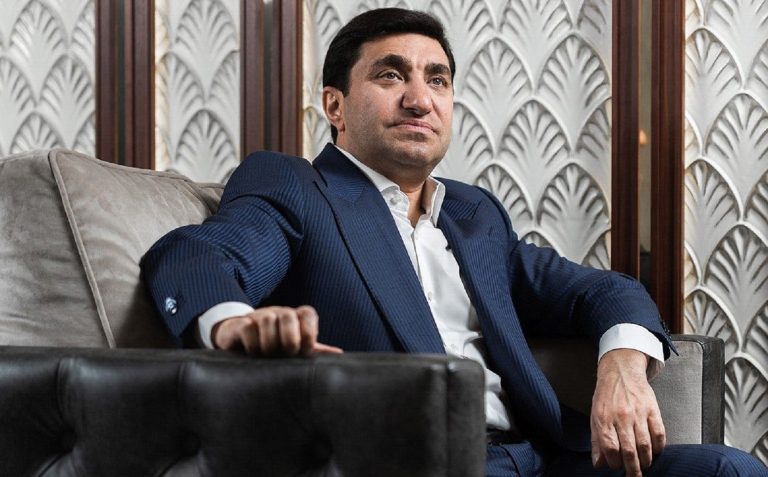 The cost of the Studenets estate is estimated at 600-900 million rubles. From the protocol of the urban planning and land commission of 2016 it follows that the total area of ​ ​ the building after restoration will be 9.6 thousand square meters. m

It turns out that the estate of the princes Gagarin lost the status of cultural heritage for a long time, it is not clear how this status was lost, or vice versa, helped to lose. Probably, this circumstance unleashes the hands of the new owners and the "result of reconstruction" will noticeably differ in the original appearance of the family estate of the princes Gagarin, built in the 18th century.

If you trace the history of the estate, it seems that the Student was deliberately destroyed. In 1999, the mayor of Moscow, Yuri Luzhkov, decided to restore this unique garden and park complex of Petrovsky Time, the Stroysportinvest company became an investor, which at its own expense was supposed to perform all the work for $15.8 million until 2004. This did not happen, but the investment contract with the city hall was renewed several times.

A year earlier, in 2014, the Moscow City Heritage achieved the demolition of illegal buildings on the territory of the Studenets estate, located in the center of the capital. The tenant of the estate of Eurolot CJSC, before issuing a court decision at its own expense, voluntarily carried out the demolition of unauthorized buildings on the territory of the estate. Then the special City Commission for the Suppression of Unauthorized Construction was headed by the Deputy Mayor for Urban Planning and Construction, the current Deputy Prime Minister Marat Khusnullin.

Interestingly, in 2015, Moskomexpertiza reported that the project for the restoration of the noble estate Studenets passed a state examination. " About this wrote Interfax.

After restoration, the estate would have to be adapted for the comfortable movement of low-mobility groups. The Moscow authorities hatched relevant plans for the historical site even relatively recently - seven years ago and about turning the estate into an agricultural market, otherwise the gastromarket was not discussed. Now, probably, with a light hand, Sobyanin Nisanov and Iliev will turn the pavilions of a unique architectural complex into shopping arcades with onions, tomatoes and turnips? From such news, the princes of Gagarin in the coffin will turn over, no other way.

The estate changed owners, among whom was billionaire Ziyad Manasir. Until 2009, the owner of Stroysportinvest was the Dekra development group, later the company came under the control of Ziyad Manasir - in the past, one of Gazprom's largest contractors, Kommersant explains.

Oligarch Ziyad Manasir rose in cooperation with Gazprom. Allegedly, Manasir, through his Strozhazconsulting, shared contracts with firms related to the Gazprom leadership.

At the end of 2013, about 30% of Stroygazconsulting was acquired by entrepreneur Ruslan Baisarov. The parties do not disclose the details of this transaction. In April 2014, it became known that the Tuva Energy Industrial Corporation (TEPK) Baysarova held a tender for the construction of a railway to its Elegestsky coal field. Construction was estimated at 144.3 billion rubles. The winner was recognized as a company from the Stroygazconsulting group. Due to a complex of problems, according to one of their versions, Baysarov bought over the debts that Manasir had and became the owner of Stroygazconsulting.

From whom specifically Nisanov and Iliev bought the Gagarin estate is unknown, but much more information is found on the Internet about dubious business methods and "patrons" in high offices, without the help of which "Kiev Square would be more modest in appetites. However, the friendship of billionaires with Moscow Mayor Sobyanin and Moscow Region Governor Andrei Vorobyov ensures the expansion of Kiev Square properties mainly due to the assets of Moscow and Moscow Region.

From Nisanov to Sobyanin and back

A week ago, Nisanov's former business partner of the SDI Group development company, runaway businessman Ilgar Hajiyev in the film "Take Away and Divide" 2 part. Business in Moscow, "says in detail how the chairman of the Board of Directors of the Kiev Square development company Goda Nisanov, allegedly deprived him of business and property in the interests of Moscow Region Governor Andrei Vorobyov and his brother Maxim.

Further - more. Hajiyev voiced information about the allegedly secret transactions of Moscow Mayor Sobyanin with the owners of Kiev Square and enrichment allegedly due to unofficial income from Moscow businessmen. According to Hajiyev, the mayor of Moscow allegedly takes kickbacks from entrepreneurs, and in the case of Hajiyev himself, according to him, Nisanov acted as an intermediary, allegedly transferring 12% of Hajiyev's monthly profit to Sobyanin. 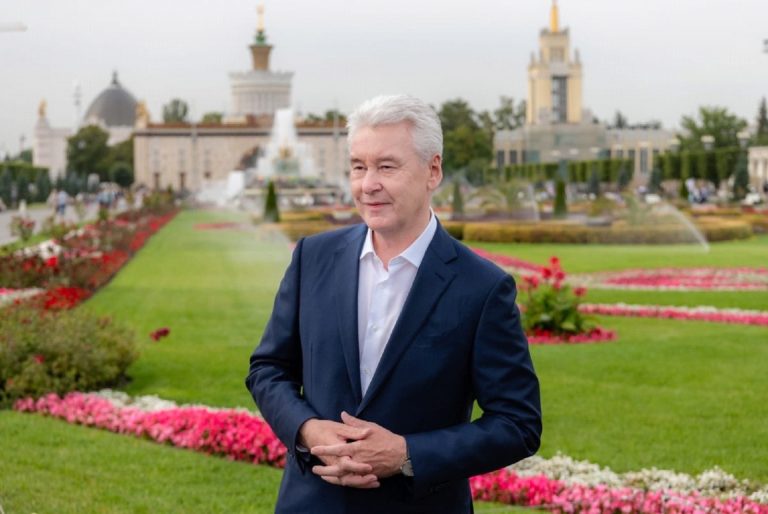 According to Hajiyev, it turns out that the official mayor of Moscow is Sobyanin, and there is an unofficial shadow manager of cultural and historical heritage objects and the owner of elite real estate, Nisanov, who, on behalf of Sobyanin, can dispose of billions of assets and share the capital of Russia at his discretion.

The "invasion" of the scandalous developer on Moscow was especially intensified during the pandemic. The Nisanov Empire was replenished with a new historical object. Last year, through scandalous operations, Nisanov and Iliev acquired the Pavilion on the Patriarchal Ponds, where they began to rebuild the historical building as a restaurant.

According to eyewitnesses, part of the lawn was "captured," while the entire pond and square with the pavilion were a single object of cultural heritage. According to civil activists, the owners of the pavilion did not have coordination for the work issued by the Joint Administrative and Technical Inspectorate (OATI) of Moscow, and there is no coordination for the reconstruction of the building from the departments of nature management and cultural heritage.

As The Moscow Post found out, they tried to sell the object for more than 660 million with a cadastral value of the pavilion - 23.7 million. However, Nisanov could get the object in general in vain, given that according to the extract of the Unified State Register of Legal Entities, the pavilion is generally leased, and a restriction of rights and encumbrance of the real estate was established on it as early as March 2062. The restriction and encumbrance is listed in favor of Patriarchal LLC, where the founders indicate the offshore "PHEROMIVIA HOLDINGS LTD," which Nisanov himself may be behind.

At the same time, one cannot but recall how during the reconstruction by Nisanov's company of the Ukraine Hotel, one of the towers collapsed. Scandals accompanied the construction of the shopping center "European" - a square was cut down under the construction site, the complex itself was in the water protection zone, near the channel of the Moscow River, while the underground parking lot of the complex was erected in dangerous proximity to the metro tunnels.

It is strange that Nisanova and Ko get away with everything. They not only take tidbits in the center of the capital, but also cause serious environmental damage. For example, residents of the village of Nikolo-Khovanskoye, the residential complex "Spanish Quarters," the residential complex "Nikolin Park," the residential complex "Solovinaya Grove" and other nearby settlements of the Sosenskoye settlement complained that chemical waste and sewage from collectors were being drained into Khovan ponds: in particular, uncleanness comes from Like, hundreds and thousands of liters of garbage, poisonous chemical waste clog the reservoir. A petition was published on the Web in which people asked to "stop the environmental disaster."

The cooperation of the owners of Kiev Square with officials and mayors is still ongoing, and, apparently, the supervisory authorities are in no hurry to break this connection, giving away the historical heritage and turning the architectural appearance of the Russian capital into "dust and ashes"?