The problem jewelry company Adamas in Moscow was bought by a Belgorod businessman, known for his love of state contracts and, according to rumors, made a fortune on real estate rentals along with "authoritative" entrepreneurs.

According to the correspondent of The Moscow Post, a curious deal will soon take place in Moscow. Mikhail Nesvetailo, head of the Belgorod jewelry factory Art Karat and the Svetlov retail chain, decided to buy the Adamas jewelry retailer along with its own production.

The deal is planned in July, it is noted that Eduard Bendersky, president of the Vympel-A security company association, will become co-owner. According to experts, the cost of a jewelry retailer can be estimated at from 400 million to 1 billion rubles.

Note that in the upcoming "golden" deal there are many interesting points.

So, Adamas itself is a rather problematic asset that has already become bankrupt, and Mr. Nesvetailo has already been seen in ties with the criminal world, and I want to see more about the assets and millions of state contracts already available to him.

An easy way to quit creditors

Adamas is considered one of the largest jewelry companies in Russia. It is known that she spread a network of boutiques throughout Russia - today there are already about 250 of them. The story of the creation of the "jewelry" is quite interesting. In the zero years, when Andrei Sidorenko, together with his younger brother Pavel and Vladimir Veremeev, created a company, gold was circulating on the interbank market without VAT, but further sale was already carried out with tax. Such a major breach in the Legislation of the Russian Federation has become fertile ground for the creation of many jewelry companies, including Adamas.

However, not only did this help to quickly make the business highly profitable. As you know, many Russian businessmen take their assets offshore, thereby taking taxes. Judging by the information from Rusprofail, Adamas was no exception. The founder of the company is an offshore - Bvo Osumare Marketing LTD.

Adamas had several brilliant years when the company, if not bathed in money, was at least financially stable on its feet. But one crisis struck, then the next, in the end, outside support was needed. The jewelry company took several large loans from the country's leading banks, and then acquired several gold mines.

The continuation of the story was rather strange. The jewelry company began bankruptcy proceedings. 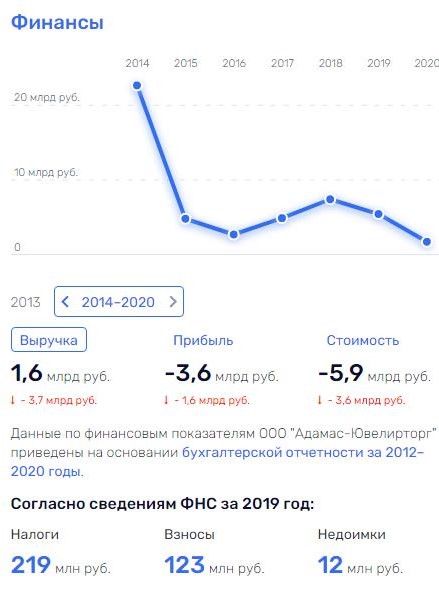 At the same time, having suspended the payment of loans, the Adamas network continued to work further as if nothing had happened. How was that possible? As it turned out, back in 2010, Mr. Sidorenko "sold" his jewelry company to a certain Bernd Keller, a German citizen. The amount of the "transaction" was purely symbolic - $100. Therefore, nominally Andrei Yuryevich and his associates were no longer related to the company, although they continued to make decisions and conclude transactions on its behalf. About this writes Moscow Monitor.

So, with a slight movement of his hand, the owner of the company got rid of debts and "started life again."

The entrepreneurial owners of the jewelry company registered a new company - Adamas Aipi LLC. The founders in it now are Pavel Sidorenko - Andrei's brother, who was the owner of the deceased company, Mikhail Nesvetailo and Eduard Bendersky. Despite the fact that the deal was announced only in July, apparently, it was already carried out. A large share of the company is now listed by Mr. Bendersky - 55%, Nesvetailo owns 25%, and Sidorenko got 20%.

Bendersky is a very interesting person. His participation in the transaction looks rather incomprehensible, because he had no relation to the jewelry business before. It is known that he is a former FSB special forces officer "Vympel," co-owner of various private security companies, including "Vympel A."

The authorized capital of Adamas Aipi is only 100 thousand rubles, the general director is a certain Sergey Letunov. By the way, he is the director of the Belgorod Avangard, which is engaged in the rental and management of its own or leased non-residential real estate. According to financial statements, Letunov's business is more than successful. 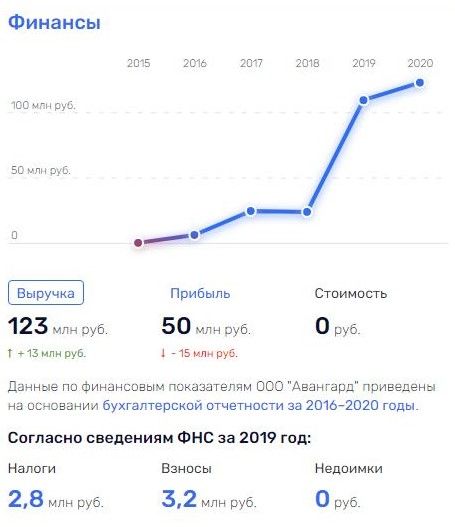 Here it will be very useful to return to Mr. Nesvetailo, a large businessman from Belgorod, who became a co-owner of the Adamas asset. Rumors are circulating about him, allegedly a "golden" entrepreneur leads a close friendship with "authoritative businessmen."

At the same time, Mikhail Nesvetailo is not alien to state contracts. So, one of the most successful companies of the businessman is Art-Karat with an annual revenue of 1.2 billion rubles. 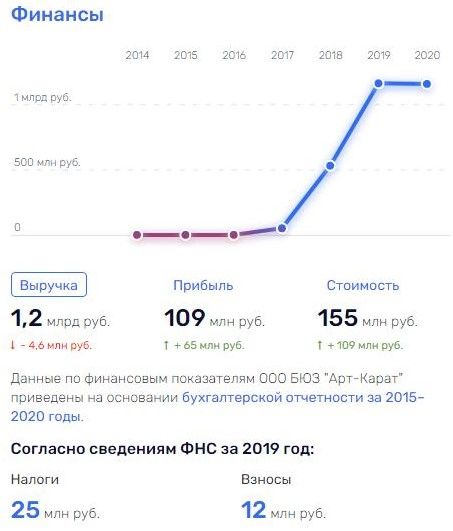 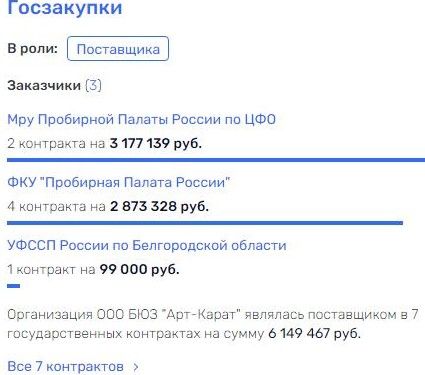 It is curious that the contracts concluded by government agencies with a jewelry company themselves are described as "renting non-residential premises" - Nesvetailo Letunov's associate, whose company also made a decent fortune in this type of business, is immediately recalled.

And it is no longer surprising that the rest of the companies, where Nesvetailo is listed as the founder, are engaged in the same successful type of business - the rental of non-residential premises. So, Alliance Plus earned 122 million rubles in 2020, Mirny - 59 million rubles, and Business Plus - 13 million rubles. Involuntarily begging a question, does the alleged rental of real estate cover another way of earning?

But back to Art Karat. Along with Nesvetailo, Ilya Silchenko and Tatyana Tebekina own equal shares here. The latter, under scrutiny, is a very interesting lady who is the founder of as many as 26 (!) Companies. Many of them, by a strange coincidence, are located at the same address as the Nesvetailo company - the city of Belgorod, B. Khmelnitsky Avenue, 111.

It is known that the husband of a businesswoman is also a very difficult person and is considered "authoritative" businessmen. So, in the summer of 2018, FSB officers detained a large batch of gold, which belonged to Vladimir Tebekin, nicknamed "Sailor." Immediately after that, the criminal authority left Russia. The total amount of gold detained amounted to an unthinkable 3 tons (!). It was reported that all the cargo was to be delivered to the Karat jewelry factory, which was recorded on Tatyana's wife, who, as we have already found out, is directly related to our hero Nesvetailo.

It turned out a very interesting chain of connections. The Belgorod businessman actively mastering state contracts, whom ill-wishers associate almost with the laundering of gold, buys a problematic asset that has gone from debt by bankruptcy, in Moscow. Together with him, a former FSB special forces officer entered the jewelry business. The ex-owner of Adamas himself also reserves a stake in the asset.

It is very likely that as the first "Adamas," safely resting along with debts and loans, the second may repeat his fate. And, perhaps, Nesvetailo, who ate a dog at state contracts, will help Adamas reach new heights and engage in the development of budget money. Or, like the Belgorod business, Adamas will become embroiled in a history of illegal gold trafficking. Be that as it may, the jewelry company will probably surprise us with new twists in its history.