Near Taran: Novosibirsk region continues to bend under the oligarch

Eduard Taran continues to master the Novosibirsk region, despite the "ghosts" of criminal cases?

The resonant case of bribes to the ex-prosecutor of the Novosibirsk region Vladimir Falileev and his former deputy Andrei Turbin can lead law enforcement officers to the owner of RATM-Holding Eduard Taran, many residents of the regional center believe.

Recall that in February 2022, Falileeva, who headed the regional prosecutor's office in the 2015-2010s, was detained by law enforcement officers. He is suspected of corruption - the official allegedly received bribes from representatives of a large shopping center for exemption from inspections and general patronage.

The correspondent of The Moscow Post in the Novosibirsk region understood what was happening around the ambiguous entrepreneur.

The interests of Taran can be guessed by the story of the installation of sunsets between the Kleshchikhinskoye cemetery and the Levoberezhny landfill.

If the zones are installed, you will have to demolish the Khiloksky shopping center located within the borders of this site, which is called the main competitor of Mandarin. The head of the Investigative Committee, Alexander Bastrykin, has even become interested in history. The chief investigator risks being drawn into almost a gang showdown.

Eduard Taran is known as the owner of a holding that has repeatedly appeared in stories of "unfriendly" acquisitions. In 2006, representatives of RATM-Holding openly attempted to seize Angarskcement OJSC with the help of 40 private security companies.

A year earlier, the holding bankrupt the strategically important Alttrak tractor production enterprise, joining the shareholders only a year earlier. Detractors believe that Taran's policy is simple - to take away and bankrupt, taking money into his own pocket.

What methods Taran does not use! In 2017, the furnace broke at the holding's enterprise, the Ekran plant. In 2019, the plant filed a lawsuit against Novosibirsk Energosbyt JSC, an energy supplier who, according to the plaintiff, was responsible for what happened. Losses "Screen" estimated as much as 770 million rubles. Some experts estimate that four new glass furnaces can be built from scratch for that kind of money. Apparently, law enforcement officers also decided, who in 2020 came to Ekran and to the company's representatives in court with searches. A criminal case was opened on attempted fraud.

According to the International Anti-Corruption Portal, ex-director of Novosibirsk energosbyt Tatyana Podchasova, who in 2020 was suspected of being a major fraud. Including sending relatives abroad allegedly for training for company money. After her dismissal from Novosibirsk Energosbyt, she officially tripled to work at RATM-Holding. Not hiding at all!

How did the case end? Investigators decided to limit themselves to a fine! Fantastic impunity. Ms. Podchasova, by the way, back in 2012 could have been imprisoned because of numerous claims to her work at Novosibirsk EnergyGosbyt, as well as because of a possible connection with cases of illegal cashing out of funds as part of an organized group. 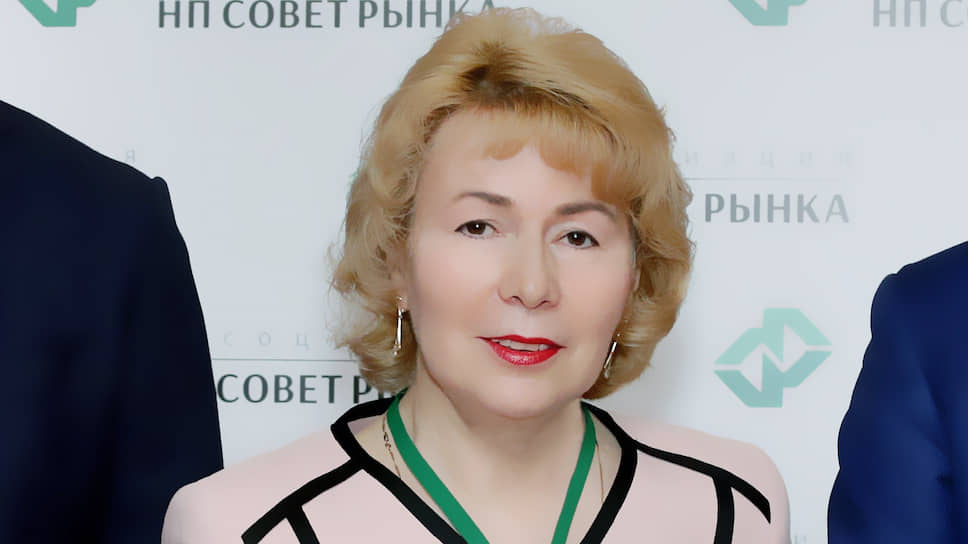 What is still funny is the fact that thanks to complex perturbations, in fact, the technological network to which the long-suffering stove was connected was owned by Taran's company Ekran-Energia.

Something similar to the story of Novosibirsk Energosbyt happened in relation to the Chinese company Zhenghou Xinguangse Refractory Co, which is engaged in the production of refractories. Another company of Taran Sibsteklo also accused her of a breakdown.

The difference from the story with Novosibirsk Energosbyt is that the Chinese company was repairing the unit shortly before the incident. Moreover, she agreed in advance on all the characteristics and performed the work clearly according to the customer's requirements. During the acceptance of the work, no complaints arose against the supplier.

Interestingly, expert opinions in both cases were drawn up by the head of the department of UrFU named after Yeltsin Vladimir Dziuser, who may have some agreement with the entrepreneur. The Chinese company, which turned out to be a hostage of a kind of "intrigue" from Taran, repeatedly petitioned to change this expert. The Supplier rested in his position on the incorrect operation of the equipment.

In the higher echelons

Taran's connections stretch all the way to the former governor of the Novosibirsk region, Viktor Tolokonsky, whom he took as an adviser. By the way, Tolokonsky held a similar position with the current head of the region, Andrei Travnikov.

According to the authors of the website "Economics of the Elite", allegedly Eduard Taran's inner circle also includes Elena Kozlova, chairman of the Arbitration of the Novosibirsk Region, with Olga Dmitrieva, deputy. It is quite possible that it is thanks to them that Taran manages to push the same examinations in the courts from Mr. Dzuzer.

Perhaps such contacts, among other things, allow the businessman to feel calm, despite the fact that criminal cases were initiated against him at one time. For example, in 2010 he was in the dock in the case of a bribe https://www.forbes.ru/news/54992-vladelets-holdinga-ratm-eduard-taran-zaderzhan-za-popytku-dachi-vzyatki, but he was released on bail.

And just recently, law enforcement officers opened a criminal case in connection with tax evasion when selling a 24% stake in the Lytkarinsky Optical Glass Plant (LZOS). According to the "International anti-corruption portal", the entrepreneur sold shares of the Lytkarinsky plant, which is part of the Schwabe holding state corporation Rostec, five times more expensive, using offshore companies. But even then Taran managed to somehow get out - the case was closed.

According to media reports the head of the Investigative Committee for the Novosibirsk Region Andrei Leleko helped the entrepreneur to close two cases and avoid paying taxes in the amount of 153 million rubles.

If you look at the structure of Taran's companies - almost every first enterprise - is bankrupt, liquidated or enters into any of the listed procedures. 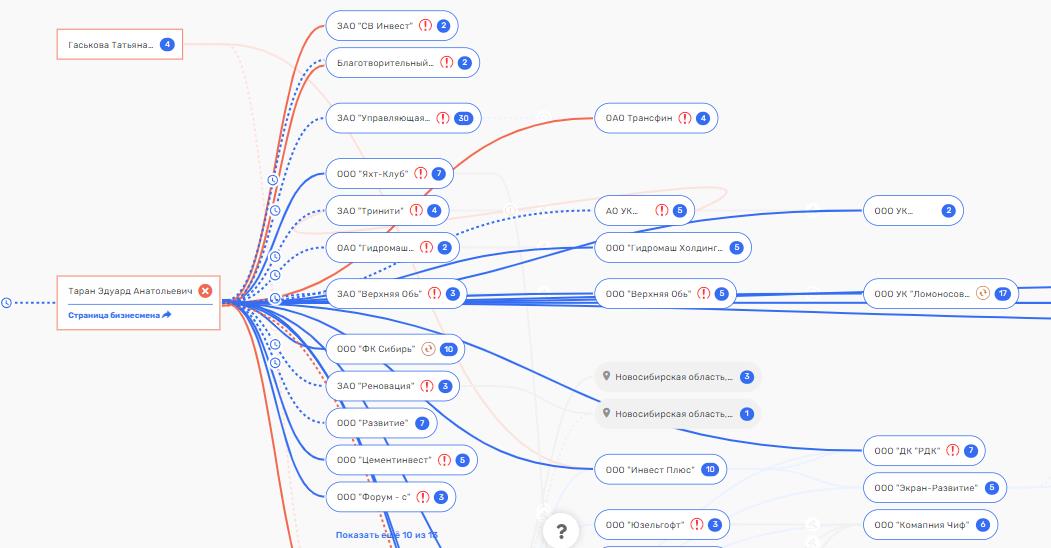 All these enterprises are large state suppliers. Many of them also have strategically important assets. At the same time, PJSC ROMZ became a defendant in the bankruptcy case 15 times. Now 21 cases have been initiated against him in the amount of 59 million rubles. Similar situation with JSC "Factory" Screen. " In 2021, once again, they demanded to declare bankrupt.

JSC Management Company "RATM-Development" in principle liquidated. Sibsteklo, HYDROMASH and KNZ are suing counterparties for improper fulfillment of their obligations. Lomonosov Capital Management Company LLC is liquidated against the backdrop of a tax bankruptcy lawsuit.

In 2016, RATM-Holding, Russia's only enterprise for the production of microchannel plates for electron-optical converters, Screen - Optical Systems, was on the verge of bankruptcy. As a result, Rostec had to save him.

By the way, it is reliably known that "Screen - Optical Systems" supplied night vision devices used for military purposes to the US. When FSTEC of Russia tried to prevent this, representatives of Taran's company were outraged. As now this equipment can be used against Russia, we know well.

Now, according to rumors, Taran is aimed at capturing the long-suffering Novosibirsk Energosbyt - in this way he can gain control over all energy companies in the region. In 2014, the oligarch announced plans to build its own CHP with budget money. Then spending was estimated at 300-360 million dollars. It is scary to imagine that this figure has been transformed to the current moment.

It is worth noting that residents of the Novosibirsk region do not experience a serious energy shortage. But this is unlikely to worry the entrepreneur, who, apparently, is already going "to ram."