Does Navalny want to destabilize the situation in Russia with his return, and why would his supporters and Western intelligence agencies passionately want this?

As the correspondent of The Moscow Post reports, the Russian opposition politician Alexey Navalny, apparently ashamed to continue to abuse German hospitality, announced his return to Russia.

It is not surprising, because abroad he would continue to remain a talking head - if he wants to be a politician, he needs to be in the country. There is one "but" - he can be arrested right at the plane's ramp.

It is interesting that Navalny announced his return just in time, when it became known that he may have problems with the law in Russia.

In view of this, the statement of the opposition leader is a challenge to the entire law enforcement and political system of the Russian Federation, because it is difficult to take it otherwise than a provocation.

Now Navalny will expect to be handcuffed for a whole series of "exploits", which we will talk about below. And in the eyes of the already prepared Western public will turn into a "martyr" suffering for the "truth" from the "political regime" of Russia, won’t he? And there, new sanctions against our country are not far away. In this sense, Russia will face a choice - to comply with its own laws, or to dance to someone else's tune. 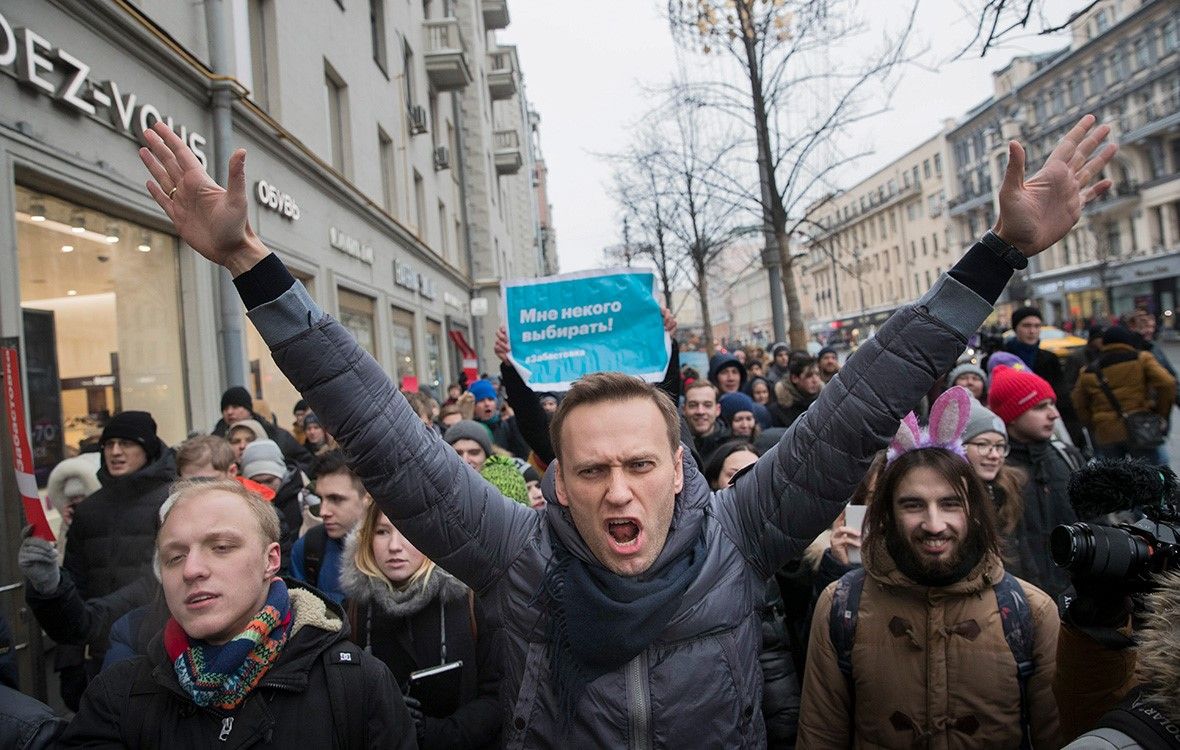 Has Navalny decided that it is not possible to make a "revolution" in Russia from Germany?

Navalny can be detained on several grounds at once. According to his lawyer, Vadim Kobzev, since December 29, Alexey Navalny has been on the federal wanted list in the Yves Rocher case. Recall that back in 2014, Alexey Navalny and his brother Oleg were found guilty of fraud and legalization of criminal funds.

The investigation found that they persuaded the Yves Rocher company to conclude an unfavorable contract. Only if Oleg Navalny received then three years of real term, then his famous brother got off with a toy conditional term for these same three years. Observers believe that the authorities were simply afraid to put him behind bars because of possible protests of his supporters and purchased extras, as well as because of the information and sanctions pressure that is repeatedly exerted on Russia from abroad.

According to Forbes, now the Federal Penitentiary Service demands to replace Navalny's suspended sentence in the case of Yves Rocher with a real one due to the fact that he evaded appearing in the criminal executive inspectorate.

Now Navalny is sitting in Germany and without any evidence (not considering altered "facts" of Billingcat as such, which even the British themselves suspect of working for MI6?) accuses the country's top leadership of his poisoning. And while his supporters are trying to "shake up" the situation inside Russia, the authorities seem to have already regretted their softness. But this is only the beginning.

Every little bit - Louis Vuitton bag for his wife?

Further troubles are waiting for Navalny, because recently another criminal proceeding was opened against him - on fraud on a particularly large scale (Part 4 of Article 159 of the Criminal Code of the Russian Federation). This was reported by RIA Novosti.

Notoriously, throughout his activities, Alexey Navalny does not get tired of asking for money from his supporters, many of whom live far beyond the borders of Russia. So-called donates are collected, which then have to go to ensure the work of the Anti-Corruption Fund (recognized in the territory of the Russian Federation as a foreign agent) and other manual organizations of Navalny.

Such as the Foundation for the Protection of Citizens' Rights named Shtab (Headquarters), Legal Support Fund (recognized as foreign agents in the territory of the Russian Federation) and others. They were created very similar. According to rumours, to simulate the creation of a horizontal network of "resistance" public organizations. Like, resistance to the arbitrariness of the authorities and officials, but so far they seem to resist only the implementation of Russian legislation.

According to the investigation, the total number of donations collected from individuals amounted to 588 million rubles. The money was intended exclusively for the purposes of these organizations. But now law enforcement officers believe that Navalny, as their actual leader, spent more than 356 million rubles from this amount "for personal purposes", including "the purchase of personal property, material values and payment of expenses, including holidays abroad.

Thus, it is clear where the rumours could come from that Navalny here and there could be seen abroad, and his wife allegedly was seen with a purse from Louis Vuitton for 120 thousand rubles. However, this, as we understand, is still a penny. After all, Navalny is also helped by disgraced oligarchs.

As Pravda.ru writes, one of the sponsors of Navalny (in particular, the speech about the presidential campaign of 2018) is most likely a well-known fugitive oligarch, irreconcilable opposition leader Mikhail Khodorkovsky. And the fact that Navalny's treatment, and you never know what else, was paid for by another disgraced businessman, a resident of London, Yevgeny Chichvarkin, is also known, Forbes wrote about this.

Is it necessary to remind that Khodorkovsky served time in Russia in the case of Yukos, and Chichvarkin was previously held in the case of kidnapping and extortion. This was reported by Interfax. Despite the fact that the case against Chichvarkin has been dismissed, he is in no hurry to return to Russia. Feeling guilty, afraid of something? In any case, Navalny has got rather indicative company. 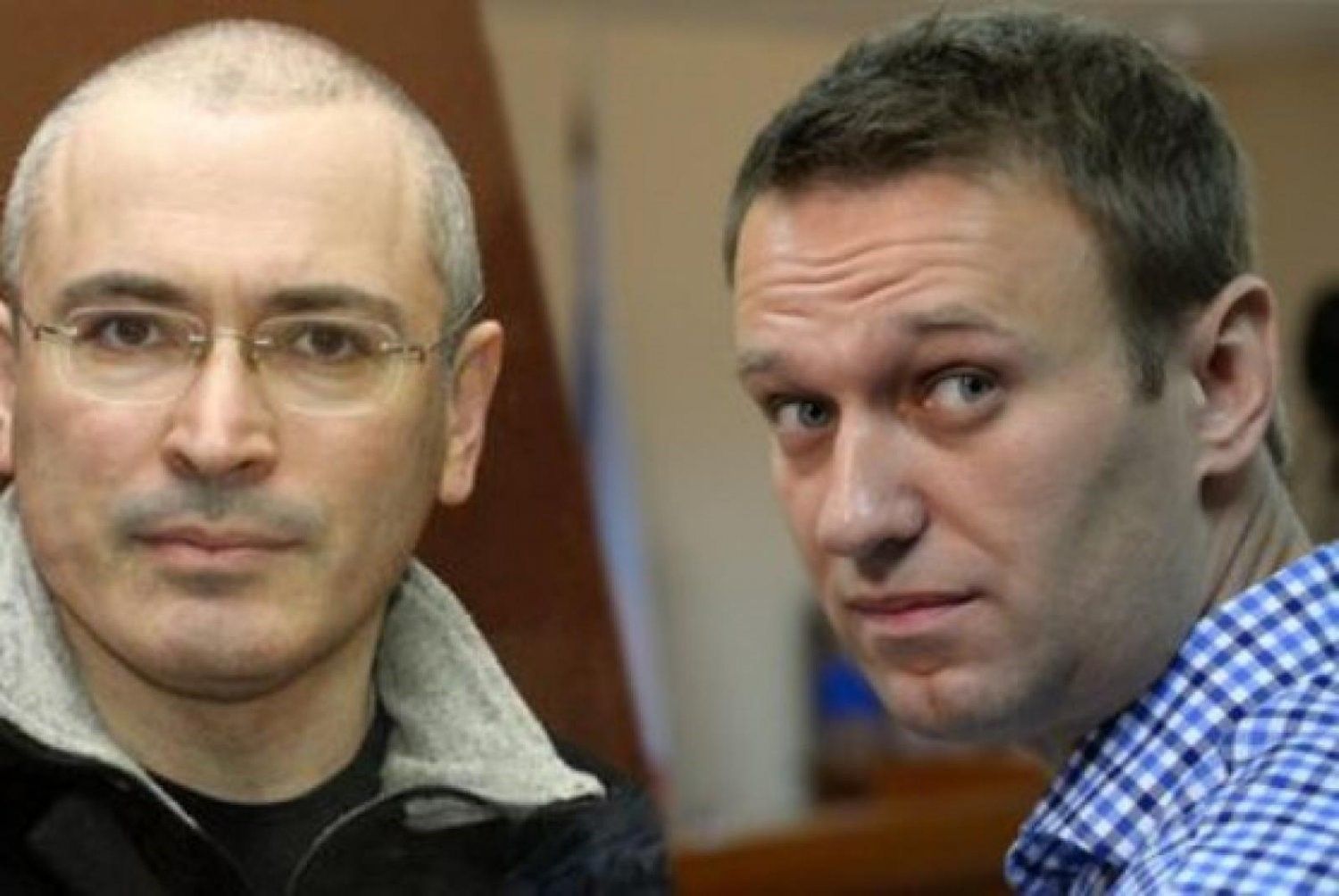 Khodorkovsky and Navalny – two of a kind?

Of course, in this context, Navalny's journey back to Russia is compared to Lenin's journey in a sealed car. Remembering the rumours that the leader of the world revolution could be financed by the German special services. Does Navalny want a new revolution?

He himself, of course, formally tries to distance himself from any accusations of wanting to hold another Colour Revolution - already in the Russian Federation and according to the same Western patterns as they were made in Georgia, Ukraine and Armenia. However, it did not work out with Belarus. But Navalny will no longer be able to dissociate himself from such conversations. He let it slip.

"I've heard that opinion. You know, if our government is such that it wants to leave 60 million people hungry in order not to do something nice to me, then such a government should definitely be overthrown right now. It is quite possible even in a violent way," Navalny said during a conversation on one of the Russian radio stations. He is quoted as saying by RIA FAN.

The publication rightly adds that, having started about "overthrow", and even in a violent way, Navalny could agree to an article on extremism. And this is another reason to greet him by law enforcement officers immediately upon arrival at home. But, this is probably the calculation, where we started.

Thus, Navalny's trick, expected or not, will be a real test of the strength of Russian institutions. The person against whom criminal proceedings are opened, and he himself is put on the wanted list, cannot safely fly and continue his activities. This means that his possible detention will cause a new international scandal, during which Russia will be accused of all sins.

Provocations can be expected not only from Navalny's inner circle, but also from ordinary supporters - usually young people who are easily fooled using the full power of manual media and Western political technologies.

That is, we can conclude that Navalny's arrival wants to destabilize the situation, push people to conditional barricades. And if in the course of possible riots, God forbid, one of his supporters suffers - this can be a real gift to the entire team of the opposition leader, and even more so to those who stand behind them in the West.

How will the Russian Government, which does not want to seem either weak or stupid, respond to this? We will find out soon - Navalny will fly to Russia on January 17.