Navalny is no longer a "novice"

The version about the poisoning of Navalny by a group of FSS officers is so absurd that it does not stand up to any criticism. Meanwhile, its veracity doesn’t seem to be checked in the west.

As the correspondent of The Moscow Post reports, foreign well-wishers of our country have issued a new version of the poisoning of opposition politician Alexey Navalny. According to their version, a whole group of eight people - FSS operatives from a certain secret division of the department, who worked under the cover of the FSS Institute of Criminalistics, is allegedly involved in it.

This is the conclusion reached by the authors of a joint investigation of the most "truthful" media groups in the modern world - The Insider, Bellingcat and CNN. Three, so to say, giants of "incorruptible" journalism. The same Bellingcat was established in July 2014, exactly to the situation with the Malaysian Boeing. The publication deals with denunciations of Russia only.

At the last stage, according to Alexey Navalny, the Anti-Corruption Fund also joined the investigation. In this investigation, absolutely everything is fine - from the filing to the peremptory confidence of the former lawyer's supporters in his complete infallibility. The only bad thing is that it is so illogical and absurd that only sectarians can believe in it.

Think about it - in the 21st century, the entire state is throwing forces at the fact that two years in a row allegedly trying to poison Alexey Navalny. The goals that the state can pursue are unclear. It's one thing to expose corrupt officials or businessmen, when you could be ordered to an ordinary killer, another thing -when they want to kill you so badly that they throw an entire FSS institute into battle. But this is just a saying.

A poison that doesn't kill anyone

The tale is that Navalny, in his opinion, was poisoned with the Novichok military poison. According to the Western press, a former GRU employee Skripal and his daughter were poisoned by it in the UK as well. That story thundered around the world, a variety of sanctions were imposed - and all without the slightest real evidence of Russian involvement.

But in that case, the western curators of such performances at least presented a credible version. Still, if Skripal was poisoned, and even by Novichok - then he survived by a miracle and was treated for a long time. According to some reports, his kidneys may have failed. Navalny came out of the coma (where he was artificially introduced) after 19 days, and a week later quietly gave interviews.

Here it is necessary to understand that poisons from the Novichok series are not just poisons. This is an incredibly powerful substance, even a fraction of a drop of which does not leave a person a chance. It is 6 million times stronger than arsenic - that is, the lethal dose is 6 million times less. But Navalny is saved by an incredible miracle from death. 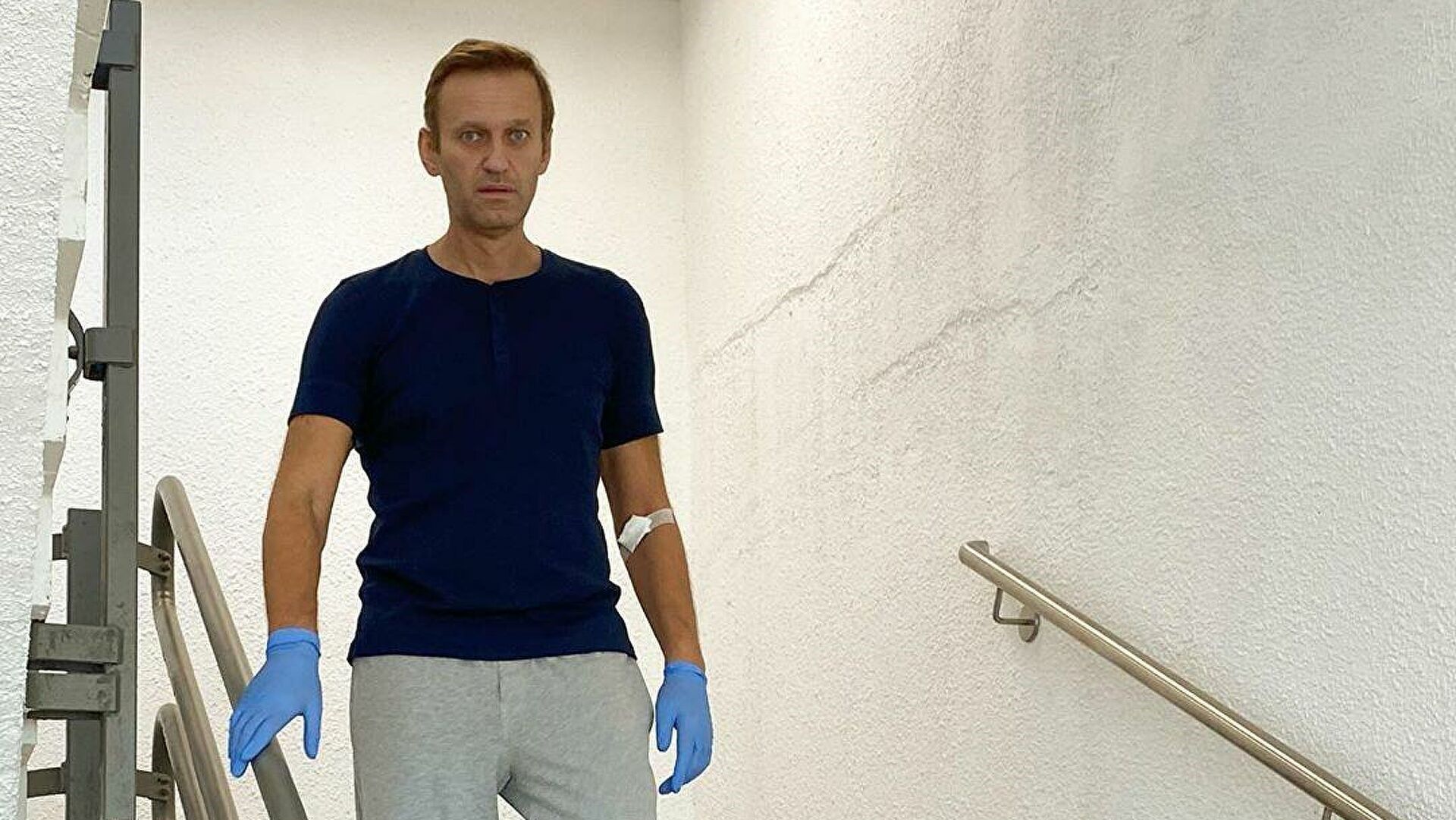 This is how Navalny walks around the Charite clinic after being "poisoned" with a combat poison that is 6 million times stronger than arsenic. Who is it aimed at?

Moreover, the western curators of the play have already become so out of touch with reality and lied that they said he was saved twice. Allegedly, he was wanted to be poisoned again before flying to Germany. RIA Novosti wrote about this. But the malicious poisoners, if there were any, did not succeed this time.

The impression that consumers of such versions are held for complete idiots. Even more idiotic is the performance when Navalny's supporters in masks and gloves (laughter and tears against Novichok) suddenly get to his room after poisoning and collect evidence. Among them is either a bottle, or the underpants of Navalny - alive and not poisoned.

Of course, in the reality of happening facts, the whole group of fools who took it upon themselves to collect evidence from chemical weapons in dressing gowns under the recording from the phone would have gone to their forefathers long ago. In the case of Skripal, even the police officer who came to the house was poisoned - at least, everyone tried to show so. But all the relatives and friends of Navalny are alive and well, although they were in contact with him, were in his room. Who is this nonsense aimed at, what kind of terrible battle poison, from which no one dies, but only gives interviews to the Western press?

Not to mention the fact that an entire FSS group is allegedly behind the operation. Who would let Navalny's associates into the room, who would allow them to withdraw "evidence" that could lead to an international scandal. Who would even allow a plane in which Navalny became ill to land at the Omsk airport?

If everything is as Western "investigators" say, Navalny should have been accompanied by operatives. The plane would never have landed anywhere - permission to land would simply not have been given. The  order could be passed through dispatchers. On the runway, literally in 5 minutes, a tractor with a drunken collective farmer would have appeared, and no Navalny would have gone to any hospital.

But no, Navalny, whom he believes the FSS special force’s task has struggled to poison for several years, is not just being rushed to land. He is hospitalized and fighting for his life and health. They successfully fight, while all the liberal media and their Western assistants in all sorts of ways pour mud on doctors, calling them freelance employees of the FSS.

Would they have saved Navalny in that case? To destroy him in a coma — takes one moment, just a little twist the ventilator. And that's it! No one would have found anything. Any certificates can be forged, if it is wished! But there was no wish. And, it seems, it did not satisfy the opposition politician and those who used the situation.

It is even funnier that Navalny, who was allegedly "hunted" by the FSS for several years, is released from Russia to Germany without any problems. There, he gets back on his feet in a couple of weeks and begins to expose the Russian leadership. There is no logic. But there is logic in the actions of those who financed all this show.

Alexey and "well-wishers" of Russia

The legend that Alexey Navalny lives on donates of users (however, they collect them, and collect powerfully) was destroyed by his long-time friend, the fugitive oligarch Yevgeny Chichvarkin. It was he who paid for Navalny's treatment, Forbes wrote about this. Earlier, Chichvarkin was held on a criminal case of kidnapping and extortion, as Interfax wrote.

Chichvarkin and other "well-wishers" from overseas continue to help Navalny now. Apparently, thanks to such help, Navalny's wife in the past, could be seen by someone on vacation in Italy with a Louis Vuitton bag for 120 thousand rubles.

In the light of the whole show with Navalny, we recall cases when the state seriously took up the elimination of someone who could pose a threat to state security. Recently, a leading nuclear physicist was killed in Iran, which the country's authorities blamed on Israel. In one of the small cities of the country in the direction of the physicist, a car exploded. A remote-controlled machine gun fired from another vehicle. Not only the physicist was killed, but also his guards. This is what happens when the state really wants to eliminate someone in whom it sees a threat. 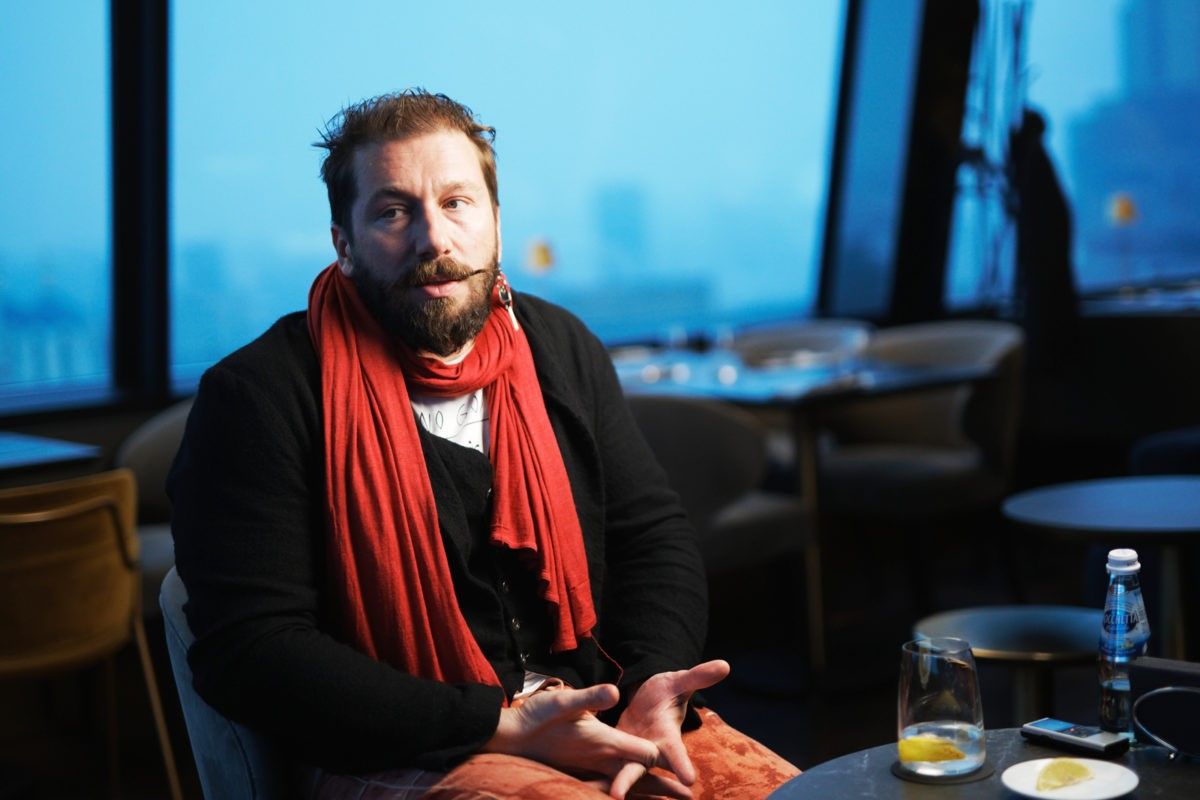 One of Navalny's sponsors was a long-time well-wisher of Russia, who escaped from a criminal case to London, Yevgeny Chichvarkin

It is also known about Leon Trotsky – by an ice axe in Mexico. Cheap and effective. Let us take, for example, the last years in the Russian Federation - the same attack on journalist Oleg Kashin. Fittings, nothing extra. After that, they want to assure us that instead of Navalny being "accidentally" hit by a car, an entire FSS institute is being dispatched on a mission to kill him? Moreover, even a narrow-minded person will guess that even if he escaped for the first time, he would not have come out of the Omsk hospital alive. Not to mention flying to Germany for treatment!

Taking into account the obvious inconsistencies, it becomes clear that the purpose of this circus is one - to discredit the Russian leadership. And in the face of not even politicians (they understand everything perfectly and are happy - wait for sanctions!), but the general public. Discrediting leaders, depriving them of support and grounds for introducing new personal and sectoral sanctions.

No one is going to cooperate with Russia in the investigation, no real evidence is presented. This allows us to think that, as in the case of the Skripals, we are facing a brazen attempt to discredit the country in order to shake up the political situation in it, to provoke protest moods.

Apparently, someone very much wants to arrange another Color Revolution in Russia, and Navalny is seen a sort of knight-emissary of the free world. In addition to the collapse of the state and the mass impoverishment of the population, this will not lead to anything – it is not needed to go far for examples. In such circumstances, Navalny is not only a fighter against the regime, he can almost become an accomplice to a state crime. But as with any lie, the truth will come out sooner or later.