Naum, you are wrong: taking money from the Rosselkhozbank, Babaev received an Israeli passport in advance

The Moscow Region court is hearing an extraordinary case of the owner of Damate, Naum Babaev, who wanted to become an Israeli, and at the same time "threw" an Israeli lawyer.

Naum Babaev, the owner of Damate, who recently, with the participation of Vladimir Putin, was torn off by a tribal reproducer in Tyumen with the money of Rosselkhozbank by that time received an Israeli passport, and did not pay the lawyer who "obtained" this passport.

As it turned out during a court hearing last Wednesday, Naum Babaev and his family are already holders of Israeli passports. And Mr. Babaev, the chief turkeys in the Russian Federation, began to cook his place under the hot Israeli sun, as it turned out, from July 2019.

To do this, Mr. Babaev turned to a well-known Israeli lawyer, Anatoly Gakenberg, a leading specialist in helping returnees in Israel. Even though Mr Gackenberg resides in London, it went: a contract was made. The cost of Mr. Gackenberg's services for Mr. Babayev amounted to 9 thousand euros.

Then the contract was changed, and the payment was divided into two parts. But in the end, as it would be milder to say, Mr. Babaev, judging by the statement of claim, deceived, or, as they say in certain circles, "threw" Mr. Gackenberg.

Anatoly Gakenberg was forced to go to court with a lawsuit about deception, misleading and non-payment of the fee for issuing an Israeli passport.

One can only be surprised at the agony of the main turkey worker of the Russian Federation: The Moscow Post has already reported on how Naum Babaev is doing his business, where, from which state banks he pulls billions and how to withdraw these billions to offshore zones.

This, in particular, was told by the investigation "Duck and Credit Stories of Naum Babaev."

Apparently, that is why Mr. Babaev prepared his retreat: carefully and quietly. But then an unexpected scandal broke out.

Take the journalist away!

Anatoly Gakenberg confirmed to The Moscow Post that he had filed a claim for damages against Mr Babayev. The story is really ugly.

It turns out that you can drive not only governors by the nose, in the regions. 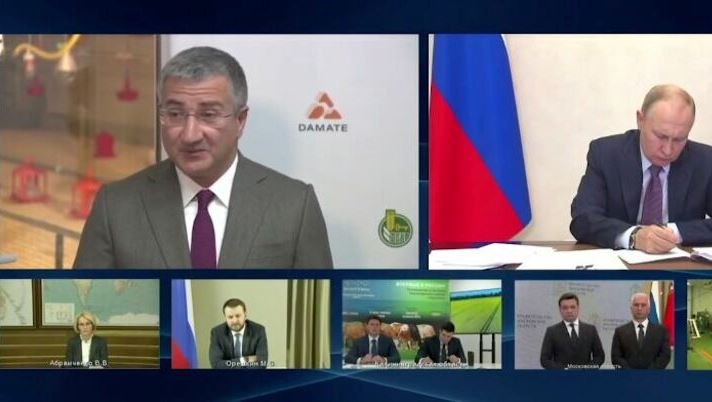 Did Vladimir Putin know that Naum Babaev was already an Israeli citizen reporting on the success of his company in Tyumen with the money of Rosselkhozbank? Photo: https://nashgorod.ru/

Meanwhile, the journalist's appearance in court was clearly not to the taste of Naum Babaev's relatives, who made several attempts to get rid of the press... At first it was not very polite attacks, then it came to frank rudeness and even rudeness.

But on the other hand, it was possible to hear the story of the deception of the respected lawyer Anatoly Gakenberg, especially since Naum Babaev, in our assessment opinion, "threw" Mr. Gakenberg with money, hiding the fact that behind Anatoly Gakenberg, apparently, through his Israeli relatives, Naum Babaev promoted another option for relocating to the promised land.

But in order for this option to be advanced, and the initial professional assistance of a repatriation specialist to Israel was needed.

It seems that Mr. Babaev nevertheless prepared well for the "departure," especially since not everything is clean in his turkey business.

The material was published on November 21 this year. And it was about how the structures of Naum Babaev, with the help of the governor of the Tyumen region, Moor, tried to present to the head of state a draft to which there are more questions than positive answers. 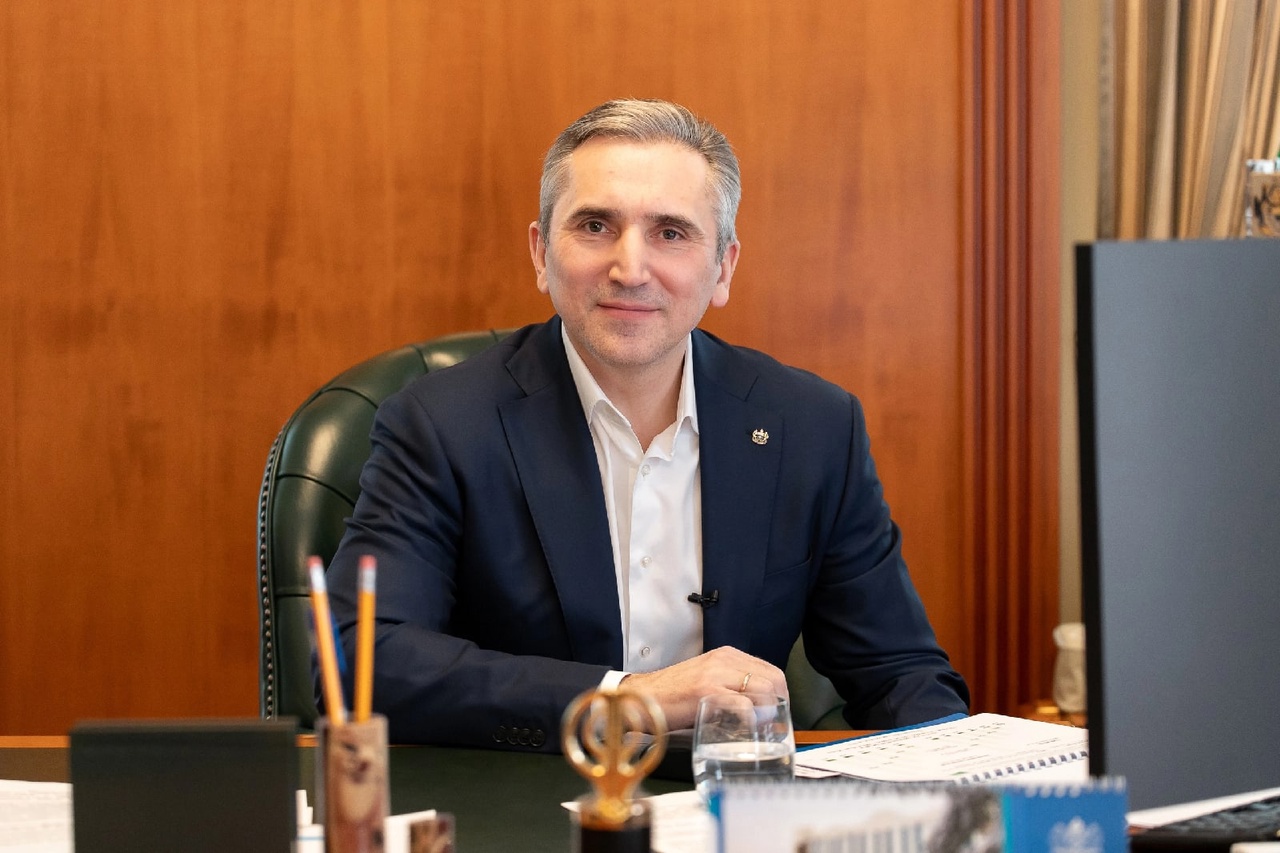 Namely, the new tribal reproducer Babaeva can play in a box, and credit millions can move to overseas countries. The text mentioned 6 billion rubles of investments.

The new Israeli built the new complex not for his blood, but for the most part for generous loans from Rosselkhozbank.

How is Mr. Babaev going to repay multimillion-dollar loans?

By the way, since his work at Cherkizovo, Naum Babaev has also actively focused on the dairy industry. He is the beneficiary of the Russian Dairy Company (Rusmoloko).

An interesting detail - in 2019, the company announced that it would come under the control of offshore Olam International (Singapore).

But they say that Naum Babaev himself may partly be hiding behind interests in Singapore.

And even the site of the Damate Group of Companies is located in зоне.com.

It turns out, indeed, I started preparing well for my departure from the ever-memorable 2019?

Recall that most of the money, namely, 5.2 billion rubles out of 6 billion investments for the development of a breeding turkey reproducer in the Tyumen region, Babaev borrowed from Rosselkhozbank.

The loan would have to be returned, but judging by the financial statistics of the holding, the reproducer may not work for a long time.

With money in the company, it seems, big problems...

One of the key poultry producers of Damate Group of Companies, New Duck Farms LLC, at the end of 2021, has a financial hole of 257 million rubles of net loss, the company's assets are negative - minus 363 million rubles.

The main legal entity, LLC APK Damate, is balancing on the verge of profitability. At the end of 2021, a net loss of 18 million rubles, revenue - 2 billion.

The dairy division of the Group of Companies - LLC Agro-Industrial Holding Damate Milk, has a net loss of 80 million rubles.

It turns out that the Damate Group of Companies and its beneficiary Naum Babaev have one hope - for a tribal reproducer in the Tyumen region and loans? But in the case of Rosselkhozbank, he already has a sad experience. And it is strange that the state bank did not take him into account in the "crooked-oblique" relations with Babaev.

Recall that the Penza region, Mr. Babaev developed an identical farm for the production of poultry meat - through PenzaMolInvest LLC. 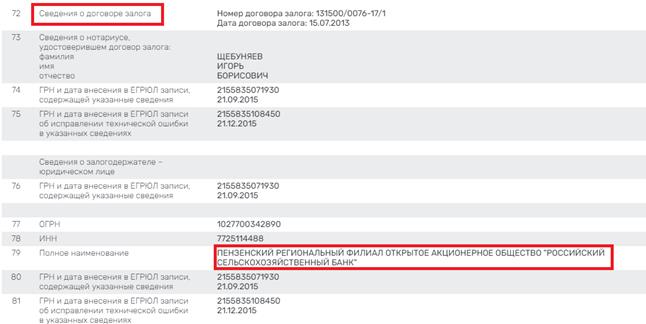 And things in the company clearly stalled, judging by the net loss of one billion rubles at the end of 2021.

And the shares were pledged to the very "Rosselkhozbank," which, thanks to this situation, through its LLC "RSHB-Finance" entered the capital of the structure.

Maybe the bank with the Babaev family act together?

Note that at one time, with the participation of Rosselkhozbank, it was Damate Group of Companies that received a large share of the assets of Donstar, a division of Vadim Vaneev's former Eurodon agricultural empire.

Mr. Vaneev owes a lot of money on loans to VEB. And the bank sold the rights of claim to Rosselkhozbank, and it - moreover, lightning quickly - to the structures of the Damate Group of Companies.

The rights under the requirements of the state bank were bought by New Duck Farms, which do not crawl out of losses.

But was the alienation of Eurodon's assets played out according to some plan?

In 2021, the Arbitration Court terminated the lease agreement of the Donstar complex, concluded by the Damate Group of Companies with the New Duck Farms. The initiator of the lawsuit was the Federal Tax Service, which considered that the complex was being handed over for a "penny," despite the fact that the Donstar company retained tax arrears of 5.8 million rubles.

And here's the backfill question. How is Israeli passport holder Naum Babaev going to develop a new asset if he has not paid off his "old" debts?

Is Mr. Babaev going to blow into warm countries with credit billions, or rather, into a certain warm country? Perhaps law enforcement agencies would need to strain?

And it remains to add that a new court hearing on the claim of lawyer Anatoly Gakenberg against businessman Naum Babaev will take place in December 2022.