MIC mold is not a hindrance, and other "charms" of Andrei Ryabinsky

The owner of the MIC company Andrei Ryabinsky could leave Russia, leaving equity holders without any hope.

If so, it becomes clear why he can safely apply to the Guinness Book of Records for the number of dissatisfied residents in the houses built by his company.

You read the reviews of these unfortunate people and grab your head: where did the mayor of the capital Sergei Sobyanin and his "squires" from the Moscow Government look?

Are they not aware of how many dissatisfied citizens remained the objects of the MIC Group of Companies. And who will be responsible for all this?

What are the stories with high-profile scandals related to housing for orphans in Balashikha and complaints of new settlers in such residential complexes as Yuzhnoye Bunino, Flower Glades, Novograd Pavlino and many others

But as they say, the dog barks and the caravan goes! Today, the MIC Group of Companies is already advertising a new construction site - Chestnut Alleys, calmly stepping over its new buildings, in which, as they write in the reviews, everything rattles and falls off.

Muscovites-new settlers have repeatedly complained that sometimes entering one of the capital's new buildings are forced to open floors and walls in order to remove flaws. Some say it goes so far as to wait weeks for elevator repairs, cursing the woe builders.

But where does such a "carte blanche" come from for large-scale activities? Perhaps Sergei Semenovich Sobyanin wears "pink" glasses, through which the houses in which they promised "paradise" look heavenly, albeit framed by stalactites made of mold and fungus? The Moscow Post correspondent understood the situation.

In 2019, Mr. Ryabinsky had a scandal with MIC Development. In addition to a huge number of claims against the company from the clientele on the quality of construction: there are cracks in houses, underground parking lots "float" - then it turned out that the company also has problems with documents!

Prosecutors found out that the land on which the Novograd Pavlino residential complex was erected was transferred to the developer illegally. 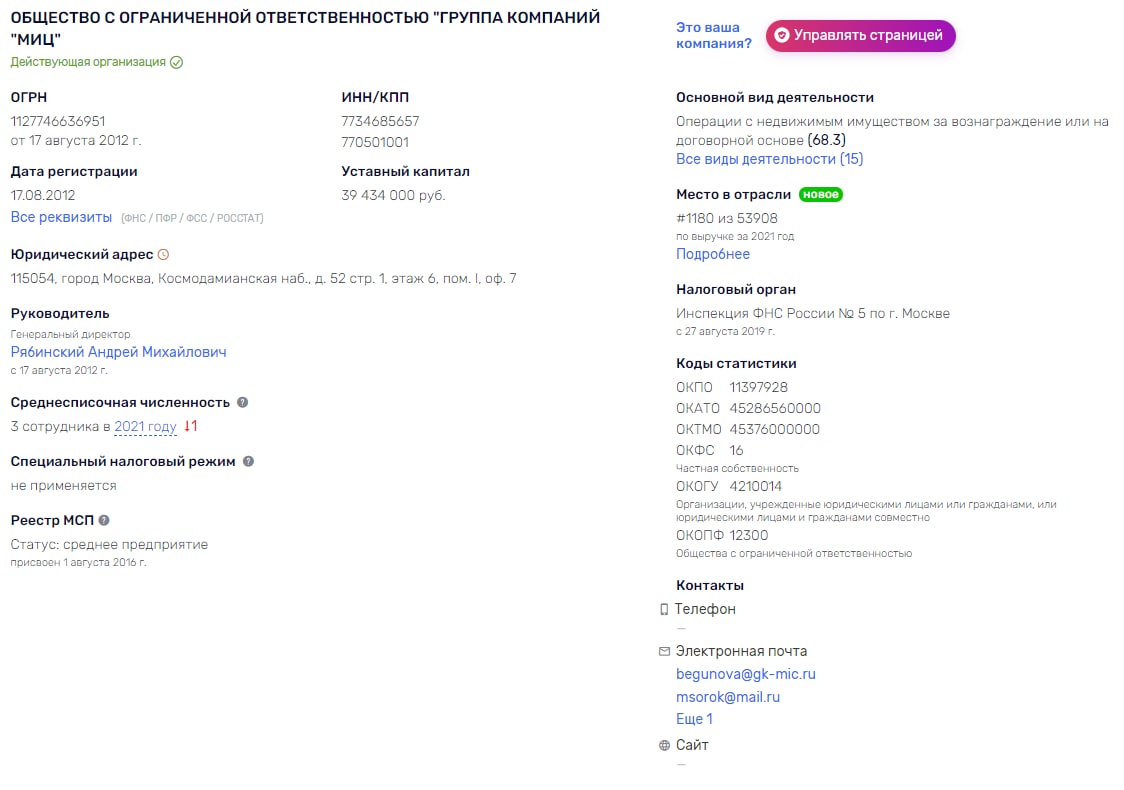 What did the developer promise the buyer? The residential complex "Novograd Pavlino" should become a paradise for those who buy housing here. Cozy, beautiful houses in an environmentally friendly place, at arm's length - both clinics and schools. That was the developer's promise. True, in fact, the quarters built by the MIC Development company do not always have even playgrounds. And the residential block in Pavlino should not have appeared. 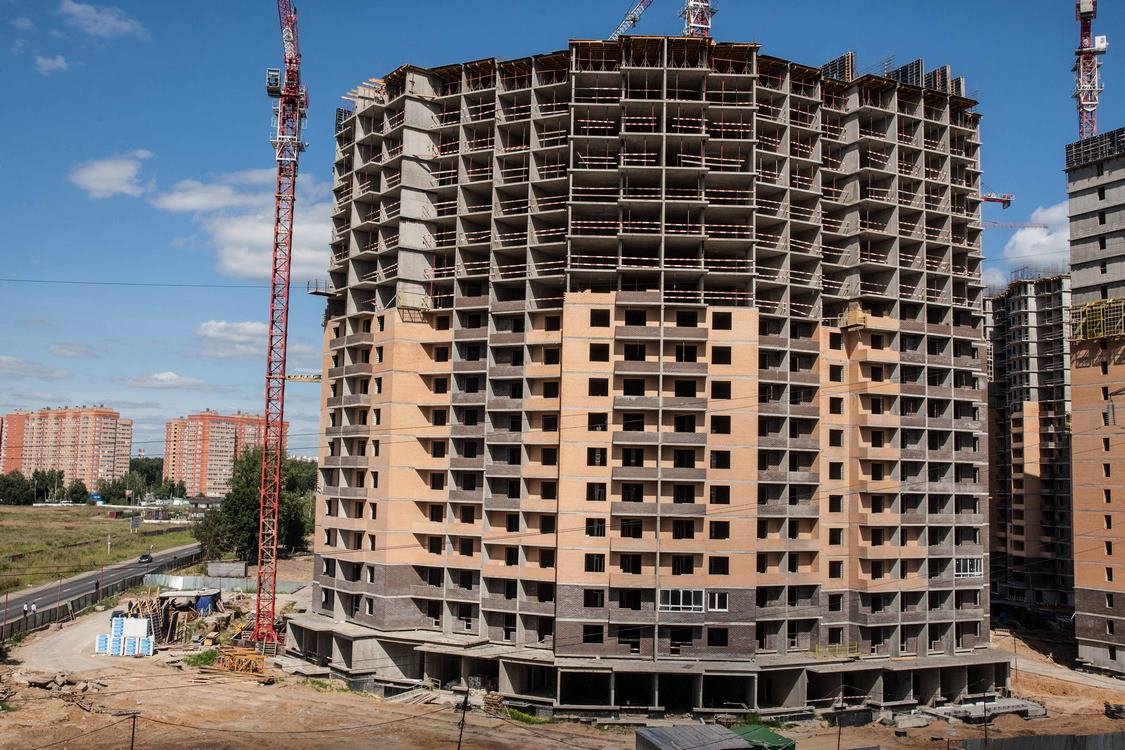 This was stated by the prosecutor's office of Balashikha, because the transfer of land to Mr. Ryabinsky's company was indeed illegal.

According to the authors of the Olgino.info website, a submission was made to the head of the administration.

But the regional urban planning council still approved the construction of the house. How was that possible? The calendar was then 2014, and at that time Balashikha was led by the scandalous mayor Yevgeny Zhirkov, who was suspected of having close ties with local crime. 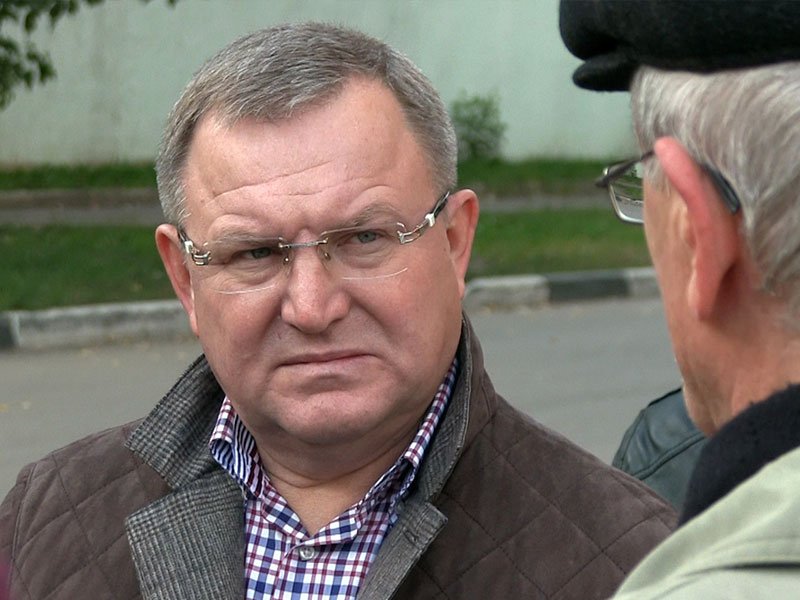 Evgeny Zhirkov shared, as local journalists wrote, millions of bribes with crime boss Anatoly Petrov, aka Petrukha. In particular, this was claimed by the authors of the site "Olgin.info".

But Mr. Zhirkov turned the so-called "gray" schemes not only with criminal authorities. Orphans in Balashikha also suffered from such close cooperation between the administration and MIC Group of Companies of Mr. Ryabinsky. They received their apartments not in new buildings, but in old, emergency houses.

But soon Yevgeny Zhirkov rattled off in the pre-trial detention center...

Mr. Ryabinsky, apparently, got off with a slight fright then?

And, despite high-profile scandals, MIC Group continues to receive land for development.

And not so long ago, the developer received an urban planning plan for the land plot at 90 Shosseinaya Street. But after all, the MIC Group of Companies appears as an organization that was asked to check the General Prosecutor's Office of the Russian Federation by equity holders of the Klenovye Alley, Flower Glades, Novograd Pavlino and Yuzhnoye Bunino residential complexes...

Why do Sergei Sobyanin's officials not notice the obvious? 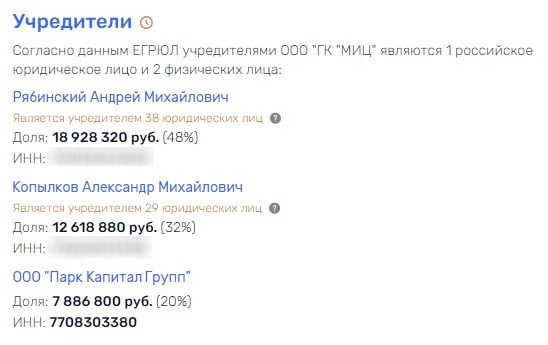 Our colleagues, REN TV TV journalists managed to release an investigation into "paradise" houses with mold from the MIC Group of Companies.

"Collapsed tiles, cracks in the walls, flooded basements, damp entrances. This is the same paradise that PR managers of the MIC "Development" offer to move to, - REN TV journalists commented on their report.

LCD "Color Glades" was built by LLC "Staroselye." This LLC belongs to the MIC Group of Companies and the Reserve Company.

The company "Reserve" - in turn - belongs to the offshore company "Trainar Holding" (Cyprus). It is known that firms affiliated with MIC "Development" in different years had 6 such foreign wallets.

Is the office "MIC" a zilch?

But what is surprising: Andrei Ryabinsky is trying to portray himself as a successful developer against the background of high-profile scandals.

Let's explain: many structures of Ryabinsky's MIC Group of Companies are pledged by banks, and the developer is already planning a new project. He purchased a plot in the village of Serednevo in New Moscow.

The owner of the land was SZ Serednevo LLC, which was headed not so long ago by a certain Vladimir Tretyakov. Let us explain: Mr. Tretyakov is the head of many structures of the MIC Group of Companies. The founder of the developer is Serednevo Management Company, whose share has been pledged by Дом.РФ Bank since October 3, 2021.

Vladimir Tretyakov received 9% in the Serednevo Management Company, so it is not clear why the media represent Ryabinsky as the owner of the site, but Tretyakov's partners are Anatoly and Vadim Kozeruki, also very scandalous builders. 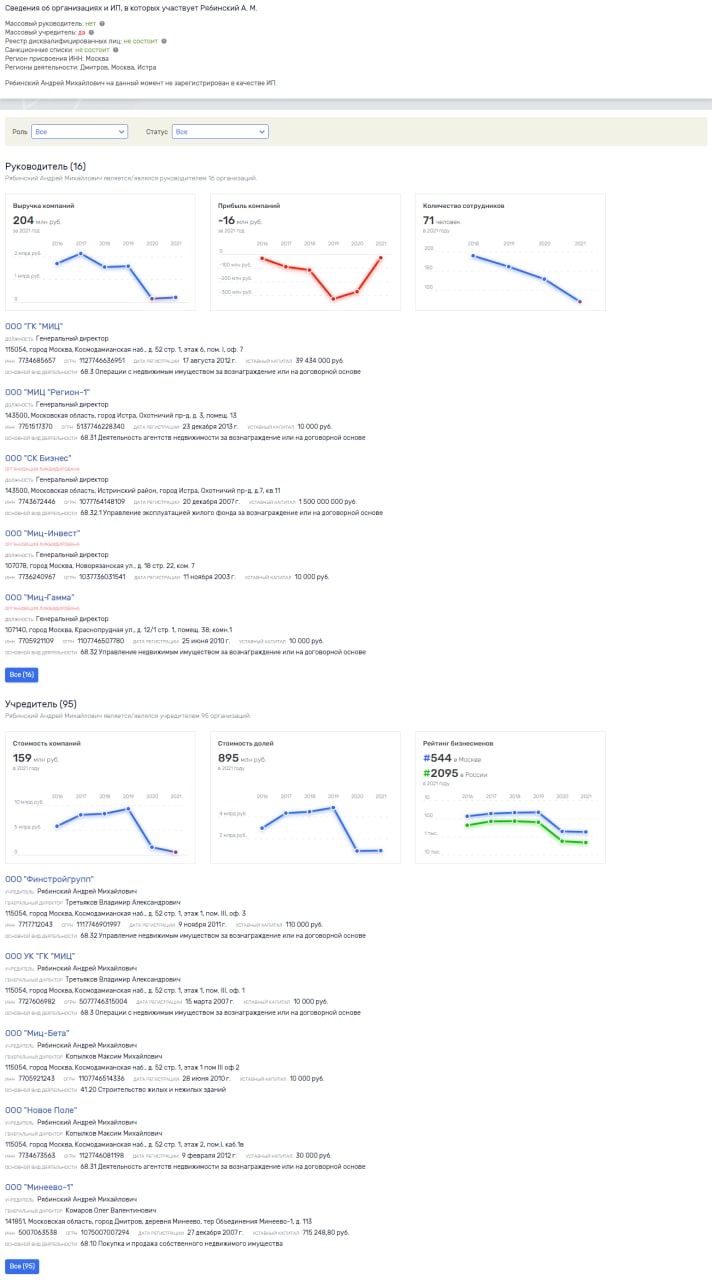 Ryabinsky himself estimates investments at 32 billion rubles, but the company does not have such money, because the MIC Group of Companies functions on the principle of a construction pyramid, laying assets in banks. And Mr. Ryabinsky could presumably withdraw the money through SK Govorovo LLC, whose loss in 2020 amounted to 3.8 billion rubles. with revenue of 191 million rubles.

Further, until June 2021, Andrei Ryabinsky was the owner of NV LLC, which received a loss of 275 million rubles in 2020.

In LLC Specialized Developer MIC-MIC, the shares of its co-founders New Technologies LLC and Park Capital Group LLC are pledged to Sberbank. 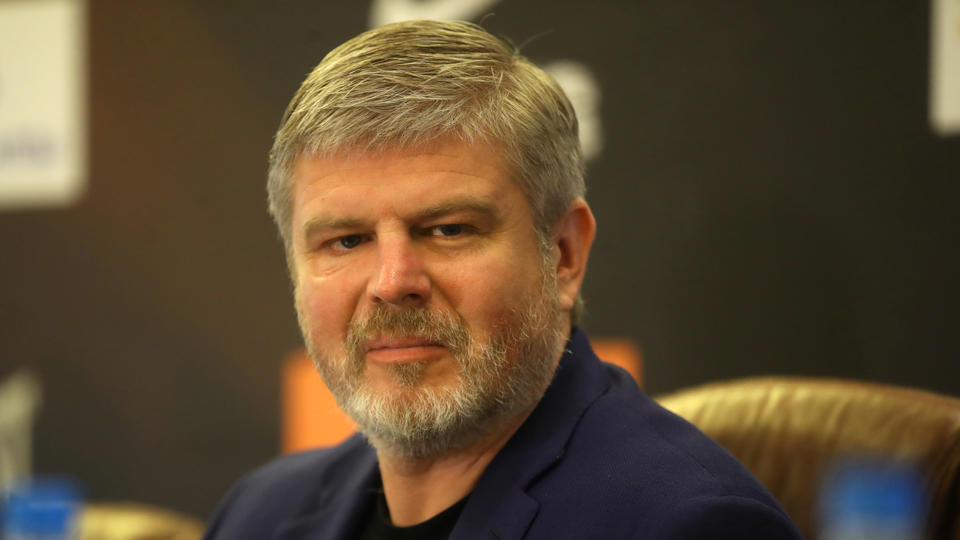 And in Sberbank, the share of New Technologies LLC was laid, which was then re-deposited several times.

The share of Andrei Ryabinsky and his partner Alexander Kopylkov in Finstroygroup LLC is pledged by Promsvyazbank.

It is also interesting that Mr. Ryabinsky "gave birth" to several dozen organizations, most of which may simply be "dummies." After all, there are no employees in these "dummies." These companies are pledged to banks for money.

Here a striking example can be LLC "Specialized Developer" MIC Stroykapital. " Back in August 2021, the tax authorities suspended account operations at this office. The founder of the company is MIC Region-1 LLC, whose share is pledged by Sovcombank.

You can travel through the labyrinths of the structures of the MIC Group of Companies for a long time: many of them "spilled" several "daughters" that are laid in banks.

In January 2021, criminal case No. 1201450058000061 was initiated against unidentified persons on the fact of theft of inventory worth 1 million rubles. A statement to the Kuzminki OMVD was written by a certain A.M. Bulgakov. This is a former business partner of Mr. Ryabinsky.

Anton Bulgakov accused Andrei Ryabinsky of extortion and theft. Allegedly, Ryabinsky wanted to gain control over Bulgakov's assets. This was reported by The Moscow Post.

As a result, Bulgakov ended up in a colony in a fabricated case.

According to Bulgakov, allegedly the object of encroachment was a real estate object belonging to him at 99 Volgogradsky Prospekt. 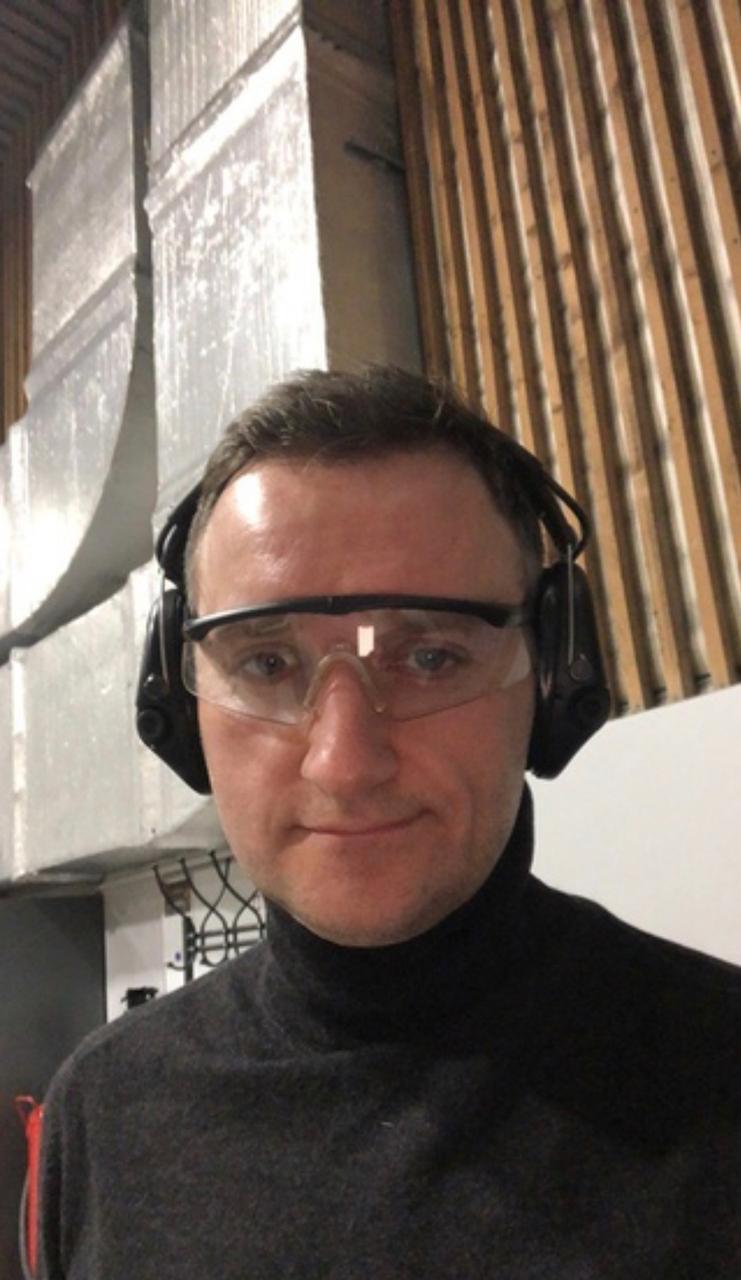 Could Ryabinsky put pressure on Bulgakov to sell his building worth 100 million rubles. for 2.5 million rubles? And is that why a criminal case was initiated?

Let's move on. The MIC Group of Companies now and then falls into scandals with the breakdown of the deadlines for the delivery of housing and the low quality of construction. So, in the residential complex "Yuzhnoye Butovo," a layer of paint was removed in one of the houses. A similar situation is in the residential complex "Novograd Pavlino" in Balashikha. People complain that it is impossible to live in apartments because of the damp walls.

And here are a few comments from the Otzovik website about the MIC Group of Companies and the quality of construction.

I wanted to buy an apartment from the company in Pavlino, my neighbor was the first to buy. He paid a reservation of 25,000 rubles, but as it turned out, the house, which was allegedly put into operation, is under arrest! And my neighbor cannot buy an apartment now, there are lawsuits... Money for the reservation will have to be returned through the court. I called and asked if they were ready to hand over the keys, after the deal, within 2 weeks. They answered - ready. And, naturally, they did not say that the houses are under arrest. "

"MIC" Group of Companies is rude, deceive and throw their buyers.

In January 2021, we decided to book a pantry in the 17th building of the Novograd Pavlino residential complex. The house was still under construction and viewing the pantry was impossible. In the same month, we... signed a DDU for the pantry and reported that we would not pay for an additional service for registering a DDU in Rosreestr, so we would submit to the law for registration on our own. Sales manager... "Novograd Pavlino" in a boorish manner refused to independently submit documents for registration. And they terminated the DDU without returning the money for the reservation... Do not buy anything from these scammers, they freeze at home, there are numerous courts on the walls, there is no infrastructure, you cannot get into kindergartens, 40 people are in the classroom in schools. "

"Construction company" MIC Development "- I regretted that I got in touch!

In August 2017, he bought an apartment with decoration in the Novograd Pavlino residential complex, with the delivery was almost 8 months overdue, he had to sue for compensation for the penalty. But this is half the trouble, I have already regretted a million times that I took an apartment with decoration. The quality of the decoration is so disgusting (700 thousand rubles) that you will have to invest twice as much on dismantling... I categorically do not recommend this developer. "

And now for almost 3 years there are courts on the complex in Govorovo, on the residential complex "Green Alleys" in the city of Vidnoye.

The bankruptcy application was once again received by the development company Stroykompleks Govorovo, which is part of the MIC Group of Companies. Over the past 2 years, this is the seventh bankruptcy process. In general, 7 troubles, but not a single answer!

I would like to hope that the investigating authorities will finally be interested not only in the "paradise mold" in the residential buildings of the MIC Group of Companies, but also in the multifaceted personality of Mr. Ryabinsky.