In elite of Russia the hidden race for power and resources with a view to presidential elections in 2024 continues. Who is cleverer – in this "porridge" doesn't climb.

Political experts continue to discuss the Congress results United Russia which came to the end last Saturday, December 4. At a congress summed up the results of elections, made rotation of structure of the managing bodies, defined the development strategy and actions of party structure on this electoral period.

However The Moscow Post became interested in another more, the fact that as it is accepted to speak, it is necessary to read between lines. It seems that the so-called conditional "liberal tower of the Kremlin" about which defeats the conservative political scientists spoke all last year doesn't even think to hand over positions but only amplifies.

And the most important here - Dmitry Medvedev's re-election by the Chairman of the party for new term in five years. It means that he protruditsya not just all cadence of the State Duma of the eighth convocation, but also mentions plus two and a half years of date of Russian presidential elections in 2024. And for Medvedev's ill-wishers there is a lot of unclear here.

The fact is that Dmitry Medvedev is tried to be presented all the time how "the hit pilot" or "a lame duck": like, after premiership he lost the influence, and soon at all can descend from political arena.

But it absolutely not so. There is the general opinion that Vladimir Putin trusts Medvedev that Medvedev was chosen by him as one of factors of balancing of internal political deals in the same conditional Kremlin. Indirectly it confirms Medvedev's re-election by the Chairman of the United Russia.

It means that the moral party leader Vladimir Putin, at least, wasn't against such re-election. So to think that Medvedev became "the hit pilot" after leaving the Government - in a root not truly.

Moreover, he gained the serious hardware weight and an elite resource. Besides the management of the party in power, he is the deputy head of Security Council of the Russian Federation, that is possesses a huge administrative and elite resource. At the same time, he on shoulders has no performing load of the Prime minister - now mister Mishustin is engaged in it.

And here that is called the dog is buried. It is no secret, that those who are considered key representatives of a conditional so-called liberal tower of the Kremlin are guided by Medvedev. Though special "liberalism" Dmitry Anatolyevich, we will be frank, doesn't shine.

Among key figures of system liberals, or sislib as they were christened by political scientists, allocate several key figures. This is, first of all, the Russian Prime Minister Mikhail Mishustin, the head of Sberbank German Gref, the head of Audit Chamber Aleksei Kudrin, and, of course, the current Deputy of the Chief of the Presidential Administration Sergei Kiriyenko.

There are also others, but key many call for some reason the last. And Mikhail Mishustin, holding the highest position among all, has to be also the weakest of them. Say that his appointment to the post of the Prime minister could become result of lobbying efforts of Aleksei Kudrin and Sergei Kiriyenko. Besides Mishustin came to civil service only in 1998 - that in which mister Kiriyenko was appointed the Prime Minister.

Allegedly, Mishustin, having powers, we depend on the same Kudrin and Kiriyenko's hardware opportunities. To the same team attribute also the first Deputy Prime Minister Andrei Belousov. Conditionally experts joke that the ideologist of the so-called "liberal tower" of the Kremlin, Aleksei Kudrin, and the organizer Sergei Kiriyenko is after all. Who can theoretically get for a role of "performer" guess. It would be possible to find in such logic for fun also the financier for whose role German Gref very much would approach.

Interestingly and the fact that earlier Aleksei Kudrin and Dmitry Medvedev had a conflict which was recognized by both parties. At some point Dmitry Medvedev was even forced to reduce tension degree, and after to assure journalists that any negative feelings to Kudrin he never had.

The speech, of course, about a situation of 2011 when Dmitry Medvedev was a President, and Aleksei Kudrin - the Finance Minister. Kudrin dared to express disagreement with a number of decisions of Medvedev then that asked him to leave the Government.

Now the balance of power has changed somewhat. If we return a little to the United Russia with which we started, then something has changed there. We can say that now both the party and the EP faction in the State Duma are in cross-government: the head of the faction, Vladimir Vasiliev, has become the deputy secretary of the party and a member of the Presidium of the General Council, and the political management of the party, we can say, the controlling body of the faction.

Coupled with the discussion of "sislibs," it becomes even more incomprehensible what all this leads to. And this leads to one thing - to a big political game on the eve of the presidential election in 2024, and the answer to the question is who will govern our country after 2024.

And it seems that Vladimir Putin is very cleverly checking his colleagues and like-minded people. Leaving Dmitry Medvedev in high positions, demonstrating his trust, he can carefully analyze who, surrounded by the head of the EP, can falstart and show his ambitions ahead of time.

Mishustin, by the way, seems to understand this feature of the Head of State well, and is in no hurry to protrude his candidacy. Moreover, not long ago he suffered reputational losses due to a hardware confrontation with another ambitious politician Sergei Sobyanin.

Who is smarter does not climb

Against this background, very interesting news comes. It turns out that the Russian entrepreneur Alisher Usmanov decided to sell a share of 45% of the vote in the company MF technology, which owns a controlling stake in the holding VK. The seller will be the mobile operator Megafon controlled by Usmanov, and VK through the Sogaz insurance group will be in the hands of the state-owned Gazprom.

It would seem that here is the congress of United Russia and the configuration of power in the elites? The fact is that VK is actively trying to use to form public opinion. Apparently, the wise Alisher Burkhanovich, does not want to participate in these "savvy games."

That is, where others are trying to catch fish in muddy water, Alisher Usmanov goes to another reservoir - let those who are directly interested in power catch in muti. But at the same time, such actions of Alisher Usmanov should alert not only the liberal, but also other towers of the Kremlin. One of the significant players in the media market is deliberately eliminated from all this fuss. And who, in the end, will have to negotiate with? 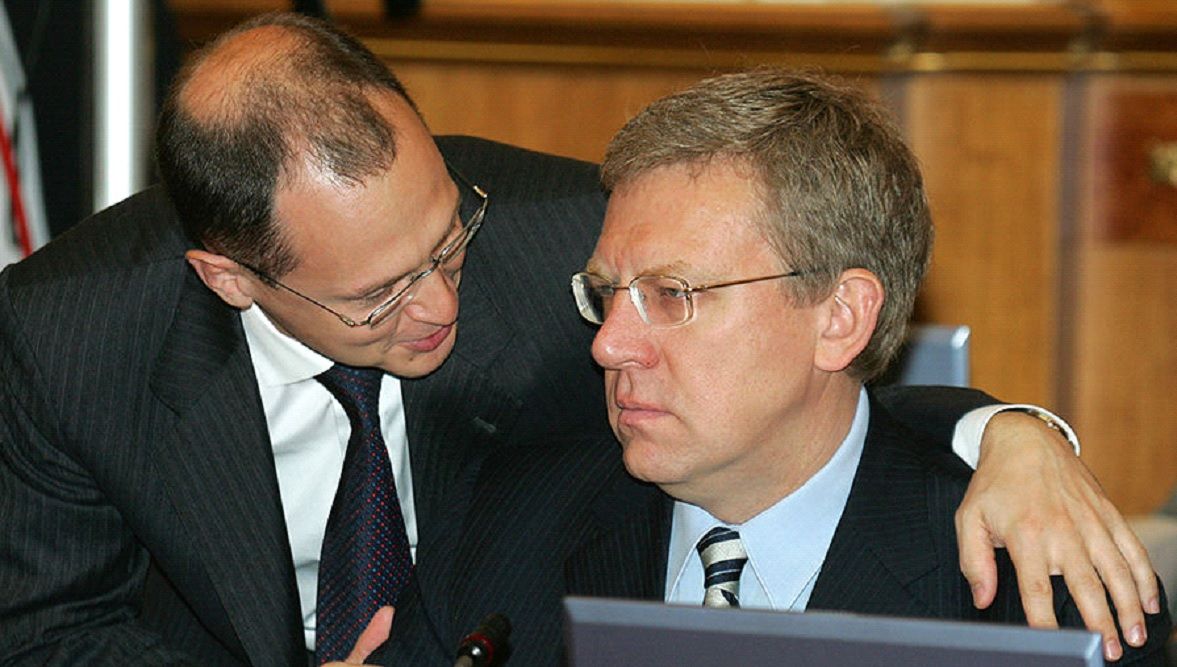 Sergey Kiriyenko and Alexey Kudrin. The Kremlin's Liberal Tower staged a review of forces before the new election cycle?

It is even more interesting that after the transaction, VK will be headed by no one else, like the son of Sergei Vladilenovich Kiriyenko - Vladimir Sergeevich Kiriyenko. About this writes RIA Novosti. And this completely suggests that the liberal tower of the Kremlin will be the beneficiary from this. Under the "curacy" of the ubiquitous deputy head of the AP, it must be assumed.

Thus, today VKontakte and Мейл.ру are one of the main generators of Internet traffic in the Russian Federation, may be under the control of Kiriyenko. Whom he himself can bet on, whom to support - all this is also from the field of conspiracy theology and innuendo. One thing is clear - some elections are over, preparations for others have begun - albeit from afar.