After a long flirtation with the West in a situation of political crisis in the country Alexander Lukashenko is looking for and does not find support in the East, does he?

On Sunday, August 16, 200 thousand opponents of Alexander Lukashenko took to the streets of Minsk. This was the largest unauthorized opposition action in the history of independent Belarus. At the same time, for the first time since the beginning of a large-scale political crisis, Belarusian "Batka" himself addressed people. The day before, he had a conversation with the Russian President, counting on his support in this situation.

A correspondent of The Moscow Post studied whether anybody would help Alexander Lukashenko in this situation.

Against the backdrop of the action launched by the opposition in Minsk and other cities over the weekend, the government-sanctioned rally in support of Alexander Lukashenko on the square in front of the Belarusian government building looked pale.

According to rumors, state employees were taken to it from all over the country. All the same, it turned out clearly less than the 50-70 thousand announced by the authorities. According to the most conservative estimates, it is 5-7 times less than the number of people who came out to say "leave" to Lukashenko in the same days.

At the rally, Lukashenko appeared in a contradictory image of a needy and saviour at the same time. A person in need, because he directly said that he had come to ask for help: "I am not a supporter of streets and squares, I am not a supporter of rallies. But, alas, it is not my fault that I had to call you for help," - TASS quoted him as saying.

On the other hand, the whole tone of his speech called for rallying the ranks around Lukashenko, as the only savior of the country from chaos and unrest, "breaking the country". According to Alexander Lukashenko, it is very easy to break up the country - it is enough to arrange new elections.

"We are being offered new elections. I have just said: let's plunge into this swamp - we will never get out! They want to destroy us and weaken us. Who will conduct these elections? Who will go to this election? Bandits and gypsters!", - TASS reports. Thus, "Batka" described their potential opponents.

Lukashenko's words that he is kneeling before his people for the first time should have added to the drama. However, Lukashenko did not get on his knees. And most political experts from his speech concluded that "Batka" is on the verge of despair and is in a political zugzwang. There are no good moves left for him. Whatever he does, the situation will get worse. 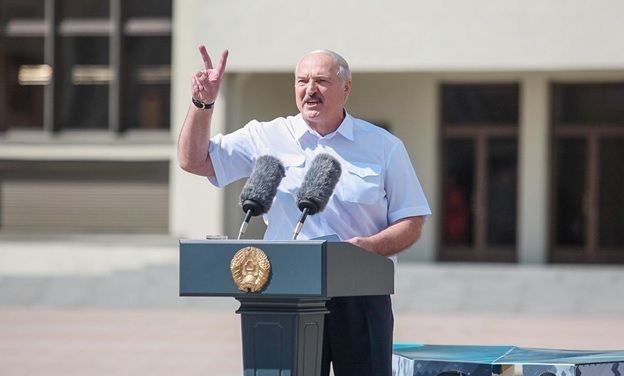 Alexander Lukashenko did not kneel in front of the audience

In the same days, unauthorized protests from large and small cities spread to state-owned enterprises. Large-scale unauthorized strikes took place at MAZ, MTW, MMZ, Grodno Azot and other plants. This was written by Meduza. Lukashenko is losing the support of his "nuclear" electorate - ordinary working men.

It looks like a joke, men from MAZ demand to recognize Svetlana Tikhonovskaya as the winner of elections. An absolutely random and alien to the working class woman, whom Lukashenko himself put on a pedestal by arresting her husband, Sergey Tikhanovsky. Now he is accused of organizing actions to organize mass riots and violence against police officers. This is reported by RIA Novosti.

Opponents of Lukashenko believe that he can use Tikhanovskaya's husband as a hostage. But this does not matter, because Tikhanovskaya is probably already managed by a conglomerate of Western curators who are skilled in the "color revolutions" in Georgia, Ukraine, and other states not far from us.

There are already rumors about two Belarusian governments "in exile", one of which is allegedly headed by Svetlana Tikhanovskaya, and the second one is located in the United States for some reason. And the EU has clearly stated that it does not recognize the results of the elections and may impose sanctions against Lukashenko's regime.

Wasn't it the same West and EU countries that Lukashenko particularly flirted with during the election campaign? Wasn't this whole show with the capture of 33 "Russian heroes", allegedly members of the PMC Wagner, who were credited with the desire to create "chaos" in the fraternal Republic, played out for them?

The logic was clear: to sit on two chairs, to frighten Russia's detractors by establishing Big brother's control over Belarus. Of course, only Lukashenko is a guarantee that this will not happen. Therefore, it is better to recognize the elections. But this logic didn't work.

Such an obvious flirtation with the Kremlin's opponents, taking into account the common Union state and the long-standing support of Lukashenko from Moscow, could not but be taken as a betrayal. Today, it seems that Lukashenko is forced to admit his mistake.

Left without support both in the country and at its Western borders, "Batka" again seeks it from Russia. Yesterday it became known that Belarus had extradited these 33 Russians, whom Lukashenko himself in recent interviews referred to as "bandits" to Russia. Rosbalt writes about this.

The next day after that, Alexander Lukashenko and Vladimir Putin, whom the Belarusian President liked to call "Volodya" familiarly and patronizingly, had a telephone conversation. From their communication, many experts have already made a disappointing conclusion for the Belarusian leader - allegedly, Moscow "washes its hands" and leaves Lukashenko to deal with the mess that he had made.

According to RBC, Lukashenko allegedly enlisted Putin's help "at the first request". However, it was about external threats, which are provided for in the framework of the Union Treaty and the CSTO. But it seems obvious to everyone that there are no external threats to Belarus from the same EU, are there?

What did "Batka" ask for then, if not for Russia's military support in the event of the seizure of government buildings by opposition activists, as it was in Ukraine? 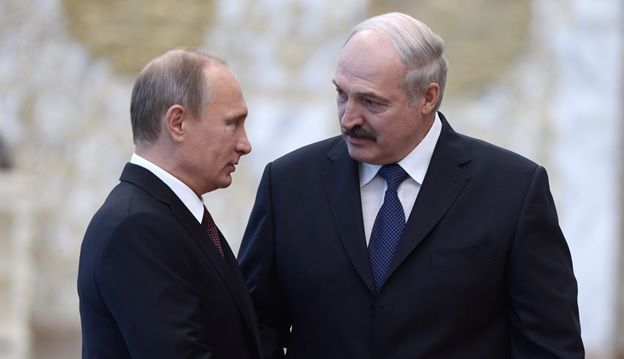 There is a version that the Russian authorities will not take such a step, because the mood of people there is exclusively a kind of anti-Lukashenko, and not anti-Russian. The protesters in Belarus do not put forward anti-Russian slogans, do not want to leave the Union state and are not carriers of aggressive ideology.

No one in Russia, especially Vladimir Putin, wants to turn the demands for fair elections into a "national liberation struggle". Not to mention the attitude of ordinary Belarusians and new sanctions that would be imposed on our country.

Thus, Alexander Lukashenko, even forced to humbly ask for support from Vladimir Putin, was not happy with the dry wording about the CSTO. Which, by the way, was not involved even during the escalation of the conflict between Azerbaijan and Armenia.

What options does Lukashenko have left, taking into account the growing discontent and rejection in both the West and the East? Everything looks so that for the Belarusian "Batka" there are simply no options left to get out of the situation, saving face.

Having failed in rolling back the wave of violence against people who went to unauthorized protests, insulting their opponents and detractors who quarreled with both the West and the East, Lukashenko seems to have united everyone against himself. And he has nothing to offer to any of these groups. Thus, even if Lukashenko stays in his chair for some time, he will not be remembered as a good President.