Instead of strengthening the Armenian-Russian relations, State Duma Deputy Konstantin Zatulin can be engaged in banal dividing of funds allocated for this purpose. And at the same time "deceive" the country's leadership?

Acording to the correspondent of The Moscow Post, on the sidelines, they continue to discuss the recently "floated" list of so-called "Kremlin influence agents" from the Dossier Analytical Centre, which many observers consider to be the subsidiary of Western intelligence services. State Duma Deputy and member of the CIS Affairs Committee Konstantin Zatulin was also included in the Dossier list.

The latter has been dealing with issues of relations with compatriots for many years. He was also one of the initiators of the International Club of Russian-Armenian friendship named Lazarevsky Club. His task was to comprehensively develop relations between the two countries.

But centres like the Dossier spread rumours that the task iis completely different - to increase their influence on "Pro-Western" Armenian Prime Minister Nikol Pashinyan, who came to power as a result of events similar to the "colour revolution". And at the same time to protect Russian interests in this country.

It turns out that the Lazarevsky Club could be a counterbalance to the influence that Pashinyan may experience from the natives of Armenia living in the United States. Many of them are for anti-Russian sanctions. But even if there was such an aim, Zatulin failed it. The club has not become anything more than a "talker", but it receives good financial support from its members.

Who "orders music" and who is "dancing"?

Instead of the "soft power" of the Russian Federation, which the club could have become, it turned into a "loose" force. And this is despite the fact that, according to the authors of the Dossier Centre website, allegedly the activities of the club are paid for by state corporations from the Russian Federation: Rosoboronexport and Gazprom export. We are talking about more than 150 million rubles. Not bad!

At the same time, Russians who were born or started their business in Armenia are also investing in the development of the organization. According to the authors of the Sochi24 website, allegedly following the results of the first meeting of the Сlub in December 2018, its participants expressed gratitude for financial assistance to a number of large business representatives who are strongly connected with Russia and Armenia by origin and capital.

Among them there are famous personalities: Samvel Karapetyan (Tashir GC), Sergey Ambartsumyan (Monarch concern), Kamo Avagumyan (Avilon), Ruben Tsaturyan and others. The help of these and other worthy people helped to hold a meeting of the club. But if Zatulin, as a curator, received funds from them, did he report on the results? Unlikely.

But there is information about the Moscow Directorate of the club on Rusprofile service. Here it already has both the address and the TIN... The founders of the Club, among others, include the CIS Countries Institution led by Zatulin. And no financial data. Where are 150 million from Gazprom and others? Where did they go? 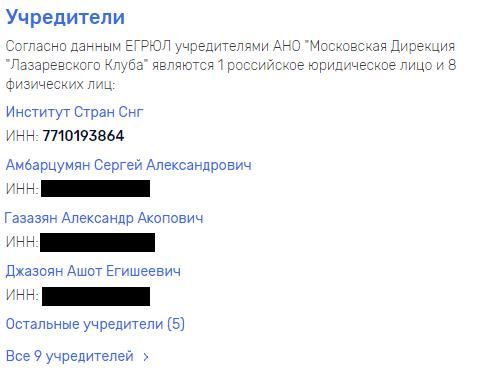 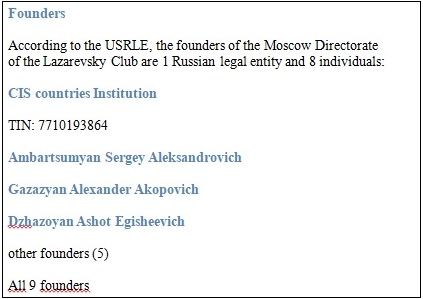 That is, instead of real financial statements - only gratitudes to the mythical sponsors of the club. By the way, there are a lot of interesting companies among the links to the founders. The already mentioned Ambartsumyan’s Monarch (also in the founders). If the money goes into Zatulin's pocket, is it not clear why he "bows"? Those more than 150 million rubles, by the way, are easily found in the state orders of the CIS Institute itself. Zatulin lives well! 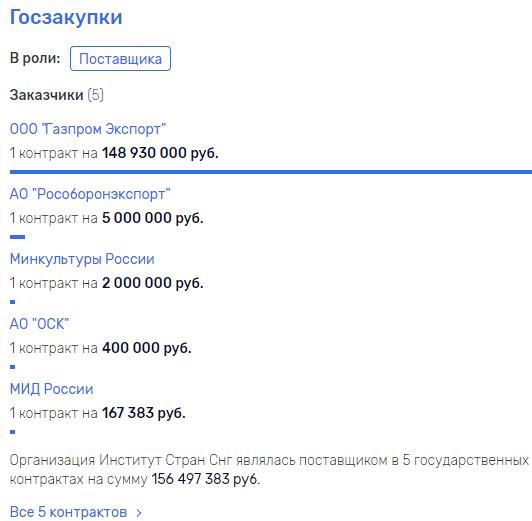 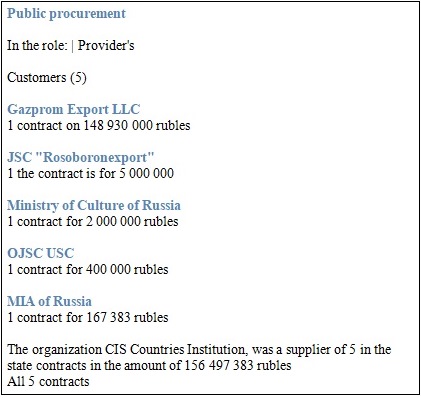 "Loose" instead of "soft"

Based on this, it is easy to assume that the entire work of the Club is just a fiction that can warm the hands of Zatulin himself. Allow him to live in a big way, hiding behind the interests of the country. According to the authors of the Dossier.Center website, allegedly all the Club's events are held on a large scale, with cool service and treats. It is not known whether this can be believed  but it seems to be like this.

But how effective is this for promoting Russian interests and influencing the elite of a neighboring state? This could be said if the Club's events were attended by at least someone who makes decisions in Armenia. But, according to the authors of the Sputnik. Armenia website, allegedly none of them appeared at the first meeting of the Club in Yerevan, not to mention Pashinyan himself. Why, then, to show off?

But officials are officials, and there is also public opinion. And it seems that neither Zatulin nor the Club he oversees has been able to achieve any significant success in promoting the Russian foreign policy, historical, and humanitarian agenda in Armenia. For example, the need to preserve and develop the Russian language on the territory of the Republic.

Where our foreign MIA openly screams for the unacceptability of certain things, for example, the glorification of the accomplice of the opponents of Russia and Armenia in the Great Patriotic war, Garegin Nzhdeh, Zatulin could only publish an article on this topic in the Moskovsky Komsomolets.

Is this "soft power"? And at a budget expense? Not to mention the fact that the article can be concluded that the personality of Garegin Nzhdeh is ambiguous... How would the veterans of the Great Patriotic War from Armenia, and especially from the Crimea, where this figure "left traces", look at this?

According to rumours, Nzhdeh may also be "ambiguous" for Armenian Prime Minister Nikol Pashinyan. But there in not a single word of criticism of the latter in Zatulin's article. Similar to the fact that there is no criticism or other controversial things that Zatulin and the Lazarevsky Club are obliged to respond to. Such kind of the "promotion of the Russian agenda".

In August of this year, Pashinyan and, conditionally, the "Pro-American lobby" in Armenia achieved restrictions on the broadcasting of Russian TV channels on the territory of the Republic. RBC wrote about this. Did Zatulin say a word? Where is the speech of the Lazarevsky Club members? Where is the criticism in the Committee on Foreign Relations in the State Duma? 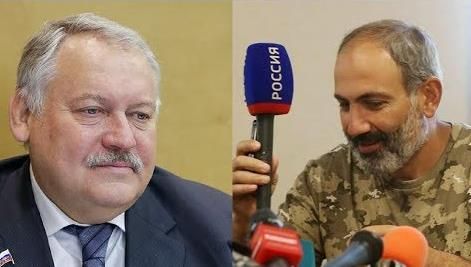 Whose mill is Konstantin Zatulin pouring water on (on the left)?

Against this background, humanitarian programs of friendship between the two states continue to be curtailed. In recent years, only a few classes have appeared in Armenia where Russian is taught on along with Armenian. And even then, only for those children who have one of the parents - a native of Russia.

The result is prosaic. Armenia ranked first among the CIS countries in terms of outflow of the population who consider Russian their native language. This was reported by Interfax. Against this background, Zatulin does not believe that there are any problems in the relations and humanitarian policy of the two countries. Isn't that why he is awarded orders in Yerevan? For example, he has the Order of Honour of the Republic.

To sum up, all this raises extremely serious questions about what Zatulin does. And not only within the Lazarevsky Club, but also more broadly - within the CIS institution and the State Duma. Meanwhile, the CIS itself, with such "curators", is more and more like a fiction. While its governing bodies receive money from the budget and other sources…

So whose friend and comrade is Konstantin Zatulin? The Russian state? The peoples of Russia and Armenia? Or, after all, representatives of large businesses of both countries who do not think to lift a finger to strengthen relations between the two countries under the wonderful Armenian cognac and toasts about the friendship of peoples?

Or maybe something much worse. After all, if it is true that Pashinyan and part of the Armenian elite are oriented towards the West and the United States, then by such actions Zatulin pours water on their mill. But this may already smell of high treason...