Does Alexey Zhelneyev, a possible "wallet" of controversial businessman Timofey Kurgin help him keep in touch with the criminal world, with which they both may have once been connected?

It seems that the timber industry of the Krasnoyarsk territory was covered by a real "octopus". According to the correspondent of The Moscow Post, this time the President of the Russian Forest Association Alexey Zhelneyev was at the centre of the scandal. Probably, associated with it Priangarskiy FIC spilled 500 tons of petroleum products into the Angara river in the Krasnoyarsk territory. Investigators opened a criminal case upon the incident. However, if the investigators come out on Zhelneyev, they will open a real Pandora's box: both probable connections with the criminal world, and partnership with another odious "authoritative" businessman Timofey Kurgin. Does it mean that  "authoritative" businessmen are now "operating" in the region and poisoning the environment?

Zhelneyev, it seems, knows how to "enter" the wrong company. For example, he is directly linked to the now-arrested former Minister of Forestry of the region Dmitry Maslodudov. Both of them have repeatedly been "seen" at events. Moreover, Zhelneyev’s company worked with Kraslesinvest, which appears in Maslodudov’s criminal case. This was earlier written about in detail by The Moscow Post.

Zhelneyev was allegedly brought to the region by Timofey Kurgin, a former partner of the infamous Ananyev brothers from Promvyazbank, Zhelneyev himself previously worked for them as well. Actually, now he already works for Kurgin, who is the founder of the Russian Forest Association.

Alexey Zhelneyev - is not a simple character. He is a native of Irkutsk - where he even tried to run for the Legislative Assembly in 2018. But it didn't work out - the "merits" of previous years prevented it. It turned out that back in 1995, by the verdict of the Cheremushkinsky district court, he was found guilty of robbery and was sentenced to two years of correctional labor, the Supreme court ruling says. At the same time, he allegedly forgot to mention this part of his biography when he was running for office. The "trick" failed and he was removed from the election.

It’s a common knowledge that there was quite unstable situation in Moscow and the Moscow region in the 90's, - different gangs worked in the districts, which periodically arranged "showdowns" both among themselves and with politicians and businessmen who crossed their path. State Duma Deputy Sergey Skorochkin was one of the casualties of the "meat grinder" of those years. In February of the same year, 1995, he was kidnapped and killed due to a conflict with the "authoritative" businessman Nikolay Lopukhov.

As Kommersant wrote, then several people were involved in the murder case as accused ones, Teymuraz Kurgin was among them. The boy eventually managed to avoid punishment - at the time of the crime, he was still underage.

It is rumoured that Teymuraz later changed his name and became Timofey Kurgin - a man with this name is now a prominent businessman, philanthropist, and founder of the Russian Forest Association, in which Zhelneyev now works. The proof that Teymuraz and Timofey are the same person, is evidenced by the fact that Timofey Kurgin was 18 years old only in April 1995 - that is, at the time of the crime, he was underage. 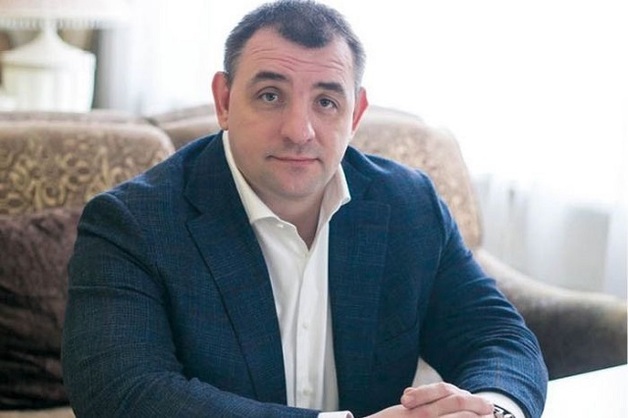 Kurgin and Zhelneyev, as it is known, are now working together. But could their friendship  start 25 years ago? It seems a little suspicious that both almost simultaneously got into criminal stories, and even in the same region - Moscow. In addition, at that time they were close in age - Zhelneyev is only 4 years older than Kurgin. And then they went through life "hand in hand". But one thing at a time.

It is likely that their alleged links to the criminal world are not in the past. There are facts indicating that both of them can be connected with Vsevolod Andreychuk, who is called the head of the OCG by evil tongues and is nicknamed Seva. According to the authors of the Boilerroom telegram channel, he allegedly now manages the wholesale distribution centre named Radumlya, which he simply seized.

Radumlya once belonged to the scandalous brothers-bankers Alexey and Dmitry Ananyevs from Promsvyazbank together with Timofey Kurgin. The  three friends had one more WDC - the Four Seasons - Alexey Zhelneyev worked as a CEO in it. In 2017, assets of Promsvyazbank began to be sold off, as a result of which Radumlya came under the control of Trust. But businessmen close to the Ananyevs, apparently, did not want to lose the WDC - so they put their "authoritative" person there, didn't they?

Andreychuk’s possible connection with Kurgin and Zhelneyev, is evidenced by the fact that presumably his brother (the last name and patronymic match) also works in a business related to timber. There is a presentation-document on the Internet created by Alexander Andreychuk, head of the Forest Geoinformation System Development Department at Ilim Group.

It is possible that boxing helped to contact "tough" men Zhelneyev and Kurgin. Kurgin has been fond of this sports since childhood, and also established the Boxing Academy. Through his and the Ananyev brothers’ efforts, in particular, American boxer Floyd Mayweather Jr. came to Russia in 2016. Moreover, as RBC wrote, the famous foreign athlete was even going to enter the business of Kurgin and the Ananyevs - WDC Four seasons!

No ordinary people visit in the Boxing Academy. In particular, a member of the Board of Directors of Gazprom Andrey Chernogorov trains there. His sparring partner is Alexander Braverman, head of the Federal Corporation for the development of small and medium-sized businesses. The head of Rostec, Sergey Chemezov, who, by the way, is a former boxer himself, also visited this place. He was the sponsor of Mayweather's arrival.

Alexey Zhelneyev took the example of Kurgin and also organized a visit of foreign boxer in Russia. According to Argumenty i Fakty, he brought legendary athlete Roy Jones Jr. to Krasnoyarsk last year. In addition, Russian Forest supported the opening of the gym in Magistralny (Irkutsk region), which was organized by "Siberian Rocky" Ruslan Provodnikov, as KP wrote.

Boxing at one time was popular among the "high rank criminals" — it was necessary to be able to defend oneself in street fights! Can  Zhelneyev and Kurgin like it so due to an ulterior motive?

The joint work with the Ananyev brothers also makes the businessmen "related". Previously, Mr. Zhelneyev worked in Moscow plant Electroshield LLC, 60% of this enterprise once belonged to Promsvyazbank. Then he went to work in the WDC, controlled by the Ananyevs and Kurgin - with the latter, he often began to "be seen" at events. For example, he participated in a press conference held by the First Deputy Chairman of the FC Committee on Agriculture and Food Policy Sergey Lisovsky, as indicated on the Federation Council official portal. By the way, it was Lisovsky who at one time passed the WDC to the Ananyevs and Kurgin…

Since 2018, Zhelneyev has been working for Russian Forest, and is also listed as the founder of the +7 Charity Fund, which is also controlled by Kurgin. That is, now the men are working together directly and officially.

Speaking of Zhelneyev as an effective manager. According to Rusprofile, he manages four offices and owns nine. Not all of them have healthy financial indicators, but not to say that there was complete darkness. In particular, among its assets, - Delta LLC has the largest loss amounting 92 thousand rubles with a profit of minus 92 thousand rubles. Can it be supposed that he could cover this debt with his wage only?

However, the facts indicate that Zhelneyev’s "empire" may be at times more and indicators of his other companies are much more impressive. So, he is listed as the General Director of Verkhnelensky river shipping company, the founder of which is Sibexpotrade LLC (the share is now under encumbrance from Sberbank). In its turn, Sibexpotrade belongs to two offshore companies registered in the UAE - EASTRIVER GROUP FZE LLC and SILCORP MANAGEMENT GROUP LLC. The latter owns the same Priangarsky FIC, which arranged the spill into the Angara river. There are also has connections with at least five other "foreigners". Zhelneyev controls the company with a very strange financial performance through offshore.

For example, Komplekt Service LLC has losses of as much as 1.2 billion rubles! At the same time, revenue is only 28 million - where does this minus in profit come from? Besides only 1 person works in it. A similar problem is observed further in ten more  offices associated with Zhelneyev.

It is possible that Zhelneyev is Timofey Kurgin's "wallet", which helps him not only earn, but also "develop" money that was probably obtained by not quite honest work. Can these funds be subsequently directed to the needs of the criminal world? These questions should be answered by the relevant agencies. Which, by the way, probably may be interested in these characters in the light of the above events.